Talk of a Dustin Martin move to NSW won’t go away, now Richmond president Peggy O’Neal has revealed a conversation with the Tigers champ about his future.

Richmond president Peggy O’Neal says Dustin Martin has pledged to her he will never play for another club as she backed the superstar to finish his seven-year contract at Punt Rd.

And O’Neal has urged the league to keep its traditional 2.30pm timeslot in this year’s Grand Final, adamant no one had made a strong case for a 4.30pm first bounce.

Martin took another step towards a return to his best form with a 20-possession, three-goal haul against Hawthorn, but there is still speculation he might want to finish his career in NSW.

O’Neal made clear that while players can always change their minds, her firm belief is that Martin will honour his deal which runs through to the end of the 2024 season.

Martin’s miracle left-foot goal in front of the Richmond faithful showed he can be part of a powerful Richmond September surge as they sit a game clear in eighth spot.

“We have him for two more years and I haven’t heard a word about that,” O’Neal told 3AW of lingering rumours about Martin’s future.

“Undoubtedly he loves getting away and getting away from the fishbowl, but he loves this club and he loves this team. Not that long ago he said to me, ‘I will never be in anything but yellow and black’, so I will hold him to that. People change their minds but he has done so much for the club. For the next two years I am certain we will continue to see Dustin play for the Tigers.” 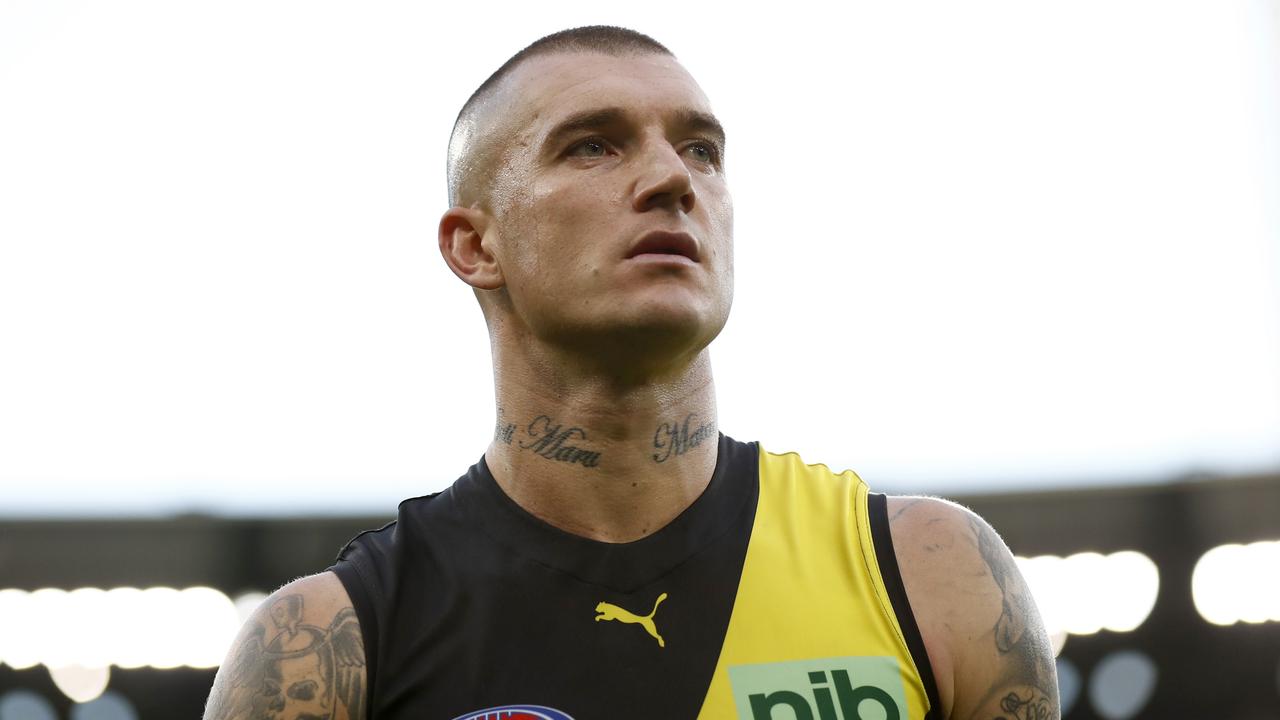 By the end of his contract Martin will be 33 and even with a likely games tally that will have hit 300 games by then would be well poised to play on deep into his 30s.

O’Neal said during Martin’s time away from the club for personal reasons, much of it spent in Sydney, she never believed he would be lost to the game.

“I don’t think that was ever the case. Dustin loves to compete and he loves football and it’s a part of his life he looks forward to. When he was ready and he knew when it would be, there was never an idea he would not come back to football

“It will take a while to get a bit of the rust out but he is still playing pretty good football that is not on the scale we have seen with the three Norm Smiths, but that was never considered, as far as I am aware.” The AFL will decide upon a Grand Final timeslot either at Tuesday’s AFL Commission meeting or in the June meeting, with no firm decision yet.

“My preference and our fans’ strong preference is the afternoon, the traditional start time,” O’Neal said.

“Having been fortunate to be part of three grand finals, even though I didn’t attend the one in Brisbane, there are a lot of other things that go on after the game and a lot of other traditions that would be broken, besides the fact it is a long day when we had the night grand final.

“There is a lot of lead-up time and afterwards not so much time to celebrate, so unless there is a good reason to move it, I don’t see why we would move it, and it will be back at the MCG this year and it would be nice if we were taking part in it again.”

Power star not only wingman on Blues’ wish list

Carlton will look to bolster its wingman stocks at the end of this season with the Blues among a raft of Victorian-based AFL clubs showing a keen interest in Port Adelaide free agent Karl Amon.

While the Blues have been active in the free agency/trade windows in recent seasons, adding to their midfield and defensive strength, it is understood the priority this year will centre on bringing an experienced wingman to Ikon Park.

Amon has put contract talks on hold at Alberton until after the mid-year break, heightening speculation he could return to Melbourne.

The Blues are understood to have made informal inquiries about Amon’s intentions, with the Herald Sun previously revealing St Kilda, Hawthorn and Melbourne also have an interest in the Power wingman. 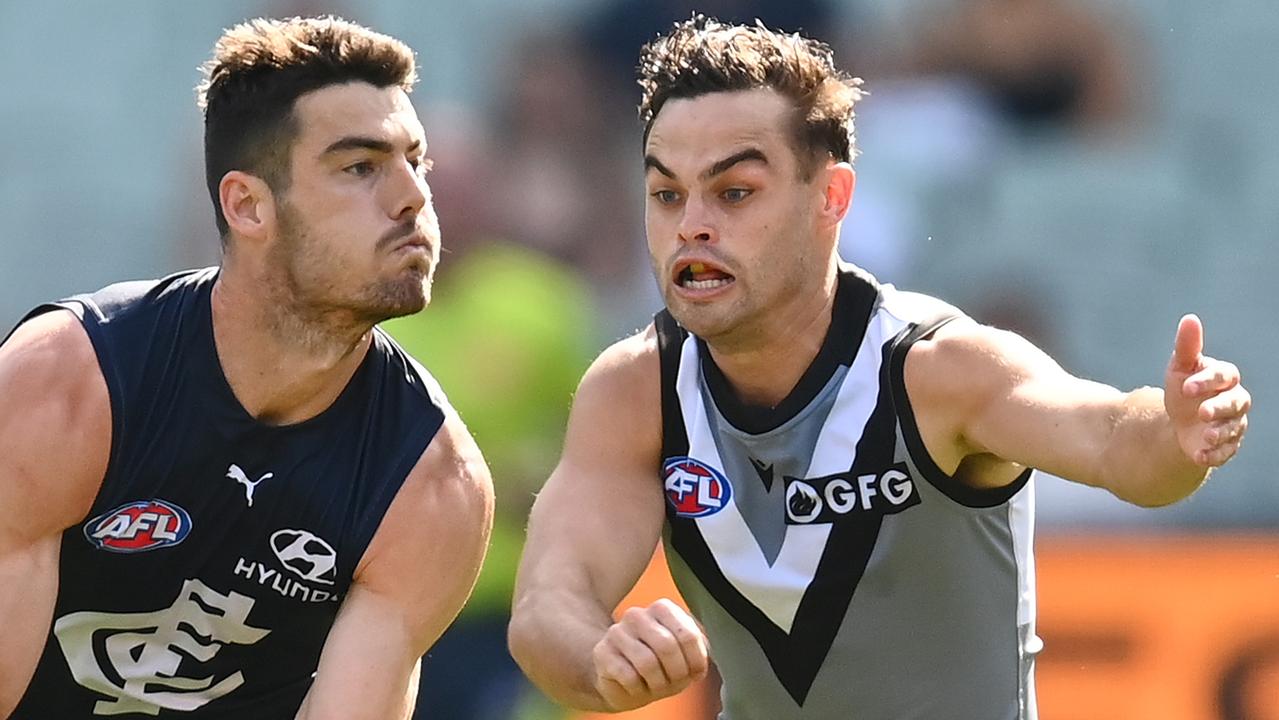 Carlton is understood to have made informal inquiries about Karl Amon’s intentions after this season Picture: Getty Images

Amon, 26, was selected in the All-Australia squad of 40 last season and finished fourth in the club’s best and fairest award.

He was dropped for a game earlier in 2022, before coming back into the side at the last minute, meaning he has played all eight games this year for a total of 110 across eight seasons.

Amon is an unrestricted free agent who could potentially command a long-term deal of around $650,000 per season.

Brayshaw, a wingman who has found a new home at half-back, is a restricted free agent who has also put contract talks on hold for the moment.

Trade whispers: Rival club ups ante in bid for Power gunMcGuane: The recruiting hits and misses of the year

Given he is expected to be commanding somewhere in the vicinity of $800,000 per season, it would make things more problematic for the Blues.

Sholl, the son of former Carlton player Brad, is contracted to the Crows until the end of 2024.