AFL clubs may be forced to choose from a designated pool of state-league talent when they need to top-up players in 2022 due to Covid disruptions. AFL clubs may be forced to choose from a designated pool of state-league talent when they need to top-up players in 2022 due to Covid disruptions.

It is one of many proposals being considered by the AFL and its clubs as they grapple with the ongoing pandemic ahead of the season opener in March.

Under one proposal, a player may be chosen by one club one weekend and then by another club the next.

The players would be sourced from the various state leagues across Australia.

The number of listed players each club must have available before being able to access top-up talent is yet to be determined.

The AFLW season has been affected by Covid, with multiple games rescheduled due to player availability issues.

The AFLW’s Covid Match Rescheduling Guidelines states a team is required to have a minimum 16 primary-listed players and five train-on players available to play. 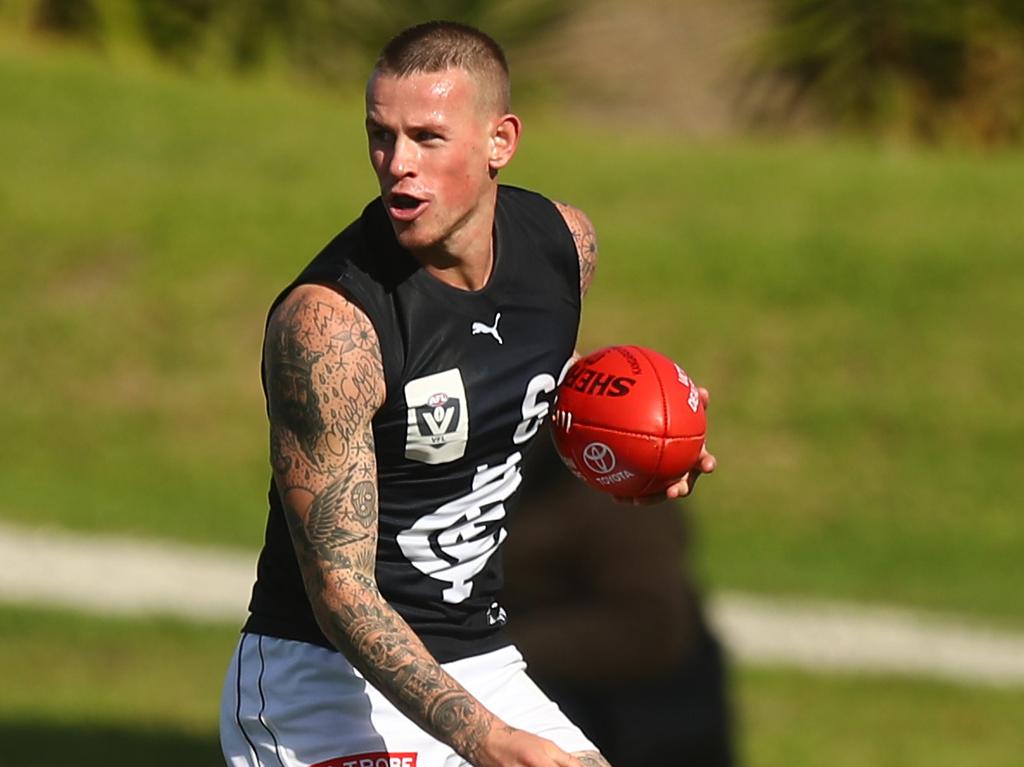 On the men’s side, Collingwood big man Mason Cox was the latest player to reveal he’d tested positive to Covid on Wednesday.

He’ll now isolate for the next seven days.

Last December, AFL boss Gillon McLachlan declared the league was committed to ‘playing on’ in 2022 regardless of the Omicron strain.

The Blues in line to fill Jones void in defence

A free-moving Charlie Curnow and a defensive minded Mitch McGovern were just two highlights on a warm Friday morning as Carlton threw open its gates to members for an open training session at Ikon Park.

There was plenty to see, with new recruits on show for the first time and a number of familiar faces looking primed for an assault on the 2022 season under new coach Michael Voss. Here are five observations from Carlton’s open training on Friday.

The Blues are always active in the trade period and it was no different in 2021. Their two boom recruits, former Swan George Hewett and ex-Docker Adam Cerra are both impressing on the track early. Hewett was clean below his knees and his defensive workrate was a stand out, while Cerra’s ball use will add an element of class to the midfield. 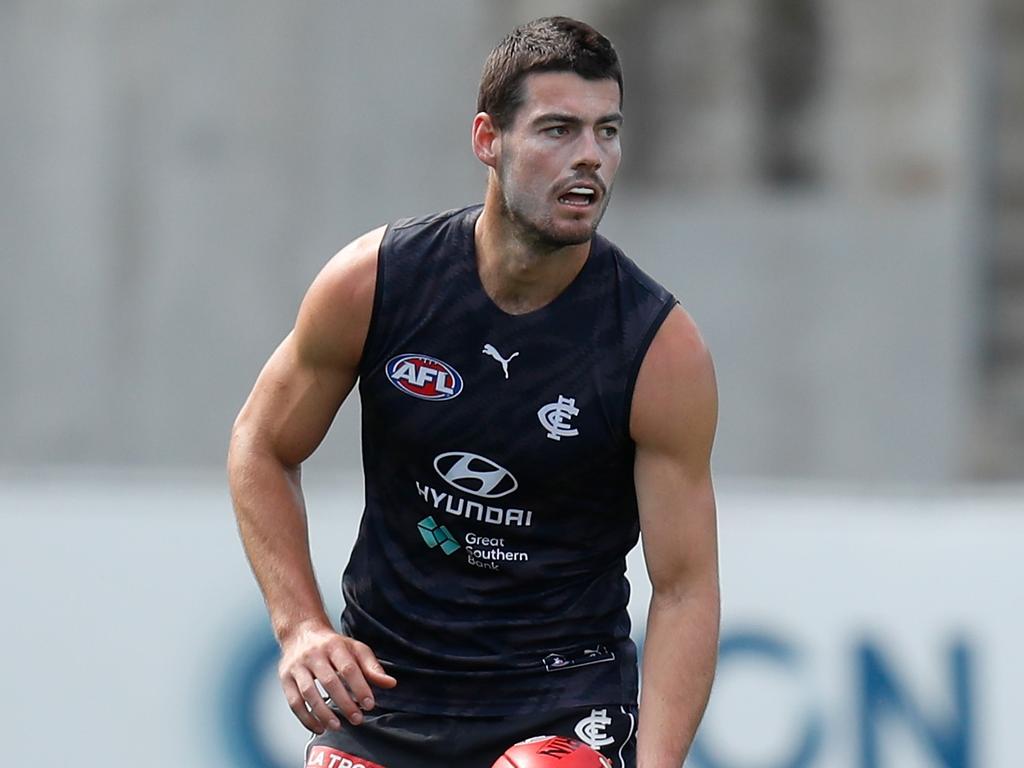 Carlton fitness guru Andrew Russell seems to have been working overtime at Princes Park. As a result, the Blues are looking reasonably healthy on the injury front, with most players taking part in match simulation on Friday, or not too far away from returning to action. Two notable omissions were midfield veteran Ed Curnow who has a minor calf complaint, while Paddy Dow also sat out the session as a part of load management. Sam Docherty was on light duties, Jacob Weitering missed the session due to AFL’s Covid-19 protocols and Liam Stocker is yet to return from an ankle syndesmosis. Caleb Marchbank and David Cuningham are both recovering from ACL injuries sustained last year.

Blues fans haven’t seen enough of Charlie Curnow, who when fit can be one of the most exciting forwards in the competition. The 24-year-old key forward has played just 62 games throughout his AFL journey and new coach Michael Voss will be hoping to keep him fit and firing in 2022. He participated fully in Friday’s session and seems to be burning up the track. Curnow was moving freely and kicked two goals during the match simulation. Charlie Curnow was a standout during Carton’s open session.

Liam Jones’ immediate retirement sent shockwaves through the AFL world, as the first player to step down following the AFL’s jab mandate policy. Jones won’t be easy to replace, but two names stand out as options for the Navy Blues. Maligned forward Mitch McGovern has been training in defence this pre-season, the biggest sign that he may be thrown down back to reignite his AFL career. It worked for his brother Jeremy at West Coast, so why not Mitch too? Another option is former Bulldog Lewis Young, who was traded to the club during the off-season after 24 games at the Kennel. The 1996 Brownlow Medallist and three time premiership player will be looking to emulate his on-field success in the coaches box this season. Voss began his coaching career in 2009 with the Brisbane Lions, coaching 109 games before departing from the job in 2013. He’s been an understudy to Power coach Ken Hinkley since then and is ready to give senior coaching another crack.

However, he has been more than happy to lean on his assistant coaches this pre-season, especially assistant coach Ashley Hansen, who put the Blues through their paces on Friday. It seems ‘Vossy’ is going by the theory that many hands make light work as the Blues look to charge towards an elusive finals berth.

A good day to have a good day. pic.twitter.com/PTsSvmu7bC

THE 16 PLAYERS VYING FOR SPP SPOTS ON AFL LISTS

Sixteen unlisted players are training at AFL clubs in the hope of earning a rookie spot over the next two months.

The 16 auditioning for rookie berths are training across eight of the teams — none are at Geelong. 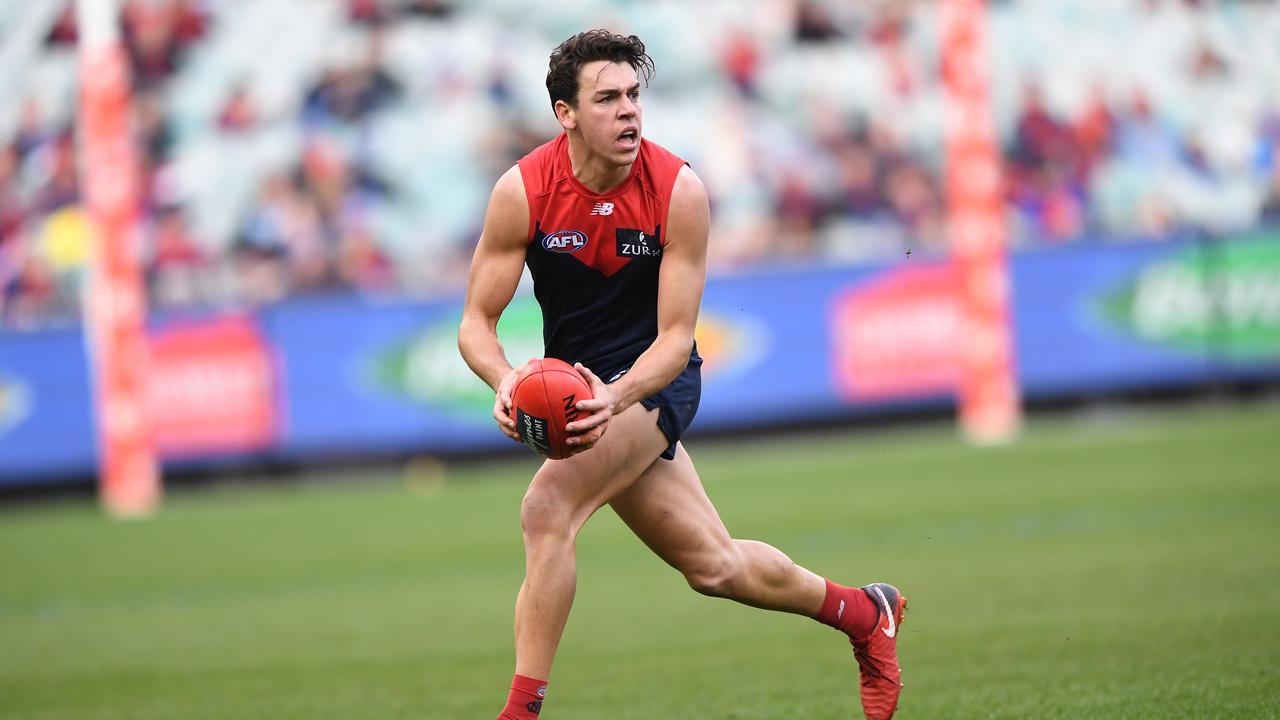 Marty Hore is training with North Melbourne in hope of securing a spot.

Headlining the names is St Kilda’s 2014 No. 1 draft pick Paddy McCartin, who is hoping to join his brother, Tom, at Sydney after bouncing back from concussion battles.

Patrick Cripps’s younger brother, Josh, a key-position prospect from East Fremantle, is training at Carlton, along with Eastern Ranges inside midfielder Tyreece Leiu. Hawthorn has added 23-year-old Box Hill small forward Vincent Adduci to its train-on list, while ex-Melbourne defender Marty Hore is vying for a spot at the Kangaroos.

Woodville-West Torrens big man Jack Hayes, regarded as one of the SANFL’s best players, is the only one at St Kilda.

East Fremantle duo Tom Joyce and Luke Strnadica, an ex-Dockers ruckman, are with West Coast, along with midfielder Logan Young.

The SSP opened on January 10.

Clubs can also fill their list spots via the mid-season rookie draft. Dylan Clarke is trying to be picked up by Essendon again after being delisted last year.