Essendon father-son prospect Alwyn Davey Jnr has declared his desire to be a Bomber and the relative he models his game.

He is the son of a former Bomber but likes to think he plays more like another famous relative who lined up for the Demons.

His twin brother, Jayden, is instead considered to be the “replica” of their father – the 100-game Bombers forward Alwyn Davey Snr.

“I would say that I’m more like his (dad’s) older brother Aaron,” Alwyn Jnr told the Herald Sun.

“I’m more composed and more careful in decision making. But I would say that Jayden is probably the replica of dad. He uses his speed to pressure and tackle and kick goals.” 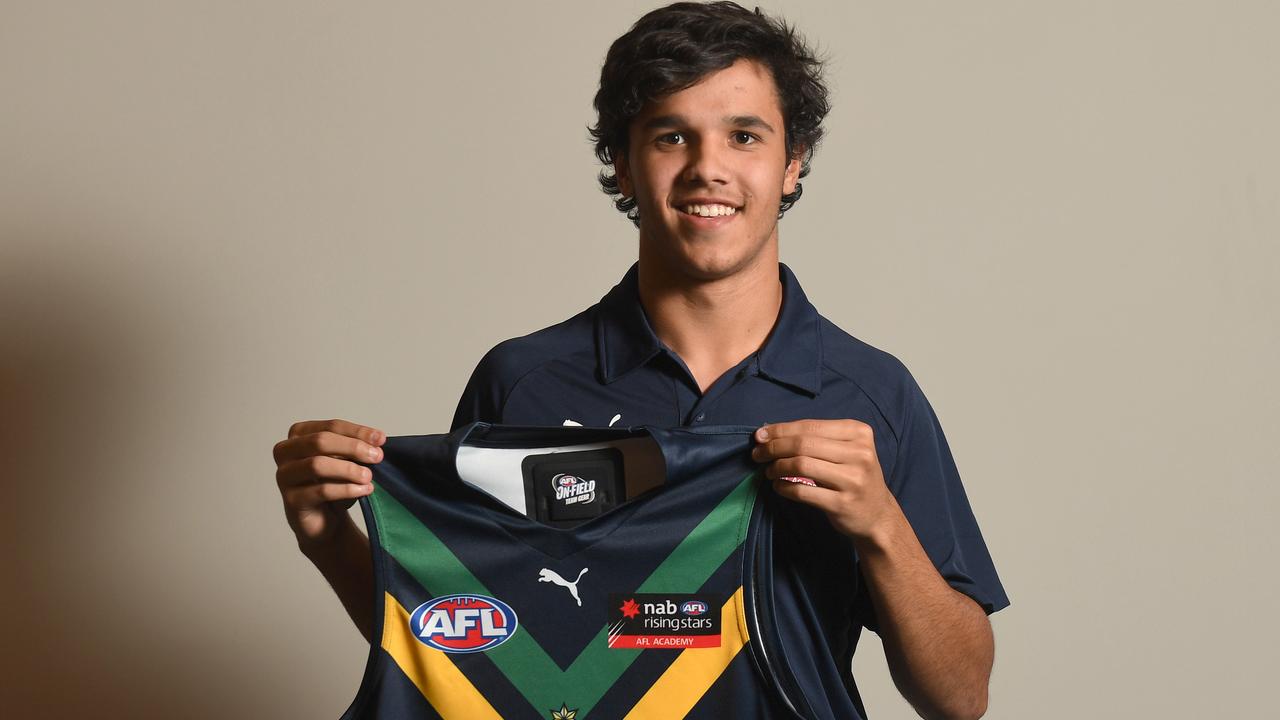 A top-30 draft prospect, Alwyn Jnr is a member of the NAB AFL Academy this year and will line up for Vic Metro in its first match of the AFL under 18 national championships against the Allies in Sydney on Saturday.

Jayden won’t be joining him, having suffered an ACL injury during pre-season which has wiped out his 2022 campaign.

However, some rival recruiters were even more excited about Jayden than Alwyn Jnr on limited exposed form last year, presenting Essendon with a potential jackpot scenario in November’s national draft.

“It’s just week by week and everything’s improving and everyone seems very happy with how he’s pulling it up. So I’m glad for him and hopefully he can have a speedy recovery back.”

Both of the Davey brothers have been part of the club’s James Hird Academy and are boarders at Xavier College where they played some impressive football together last year.

Alwyn Jnr said the opportunity to train with Essendon during pre-season had left an impression on him and he has continued to make weekly visits to Tullamarine as part of the Academy program.

“Training with them in pre-season was an unreal experience,” Alwyn Jnr said.

“It’s a complete change, especially from NAB League. Later on this year since I have all the understanding of it, it should be easier. But it’s still unreal, the intensity of it.” Alwyn Davey played for the Australian under 18 team against Collingwood’s VFL side in May. Picture: AFL Photos

“I’ve played forward and try to bring the tackling pressure, but also if you look at disposals I’ve played some really good footy in the midfield,” Alwyn Jnr said.

Alwyn Jnr said he had long held the dream of following in his father’s footsteps and joining Essendon, something that he hopes will happen later this year.

“It always has been the dream ever since I was young, to play for the Bombers,” he said.

“So I’m very excited and hopefully the year goes well.” 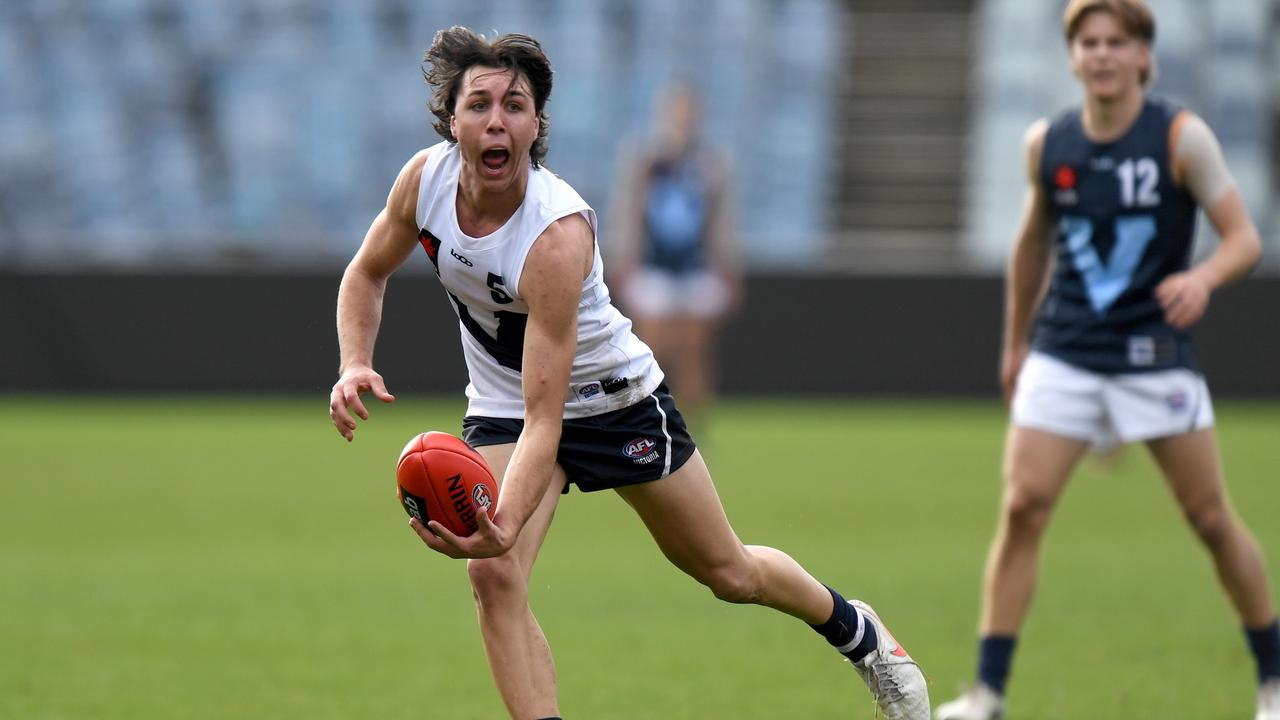 Vic Country is set to play its first match of the national championships against South Australia in Adelaide on Sunday.

Murray Bushrangers product and Vic Country member Oliver Hollands — the brother of Gold Coast’s Elijah Hollands — said he was excited to test himself against some of the country’s best underage talent.

“It’s been there in the mind all year long and I’ve just been waiting for it to come up,” Hollands said of the championships.

“Now it’s nearly here, I’m definitely super exited. It will be great to play some of the other states like South Australia and Western Australia and the Allies and really challenge ourselves.”

The under 18 national championships will continue throughout July, before wrapping up with a final blockbuster clash between Vic Metro and Vic Country on September 23.