In one of the craziest finishes in recent memory, an unpaid 50m after the siren has sparked controversy and fury. Should it have been paid? VOTE NOW

An unpaid 50m penalty one second before the final siren sparked controversy and secured Sydney a famous come from behind victory over Richmond at the SCG as Tigers stars remonstrated wildly with the umpire.

Dion Prestia won a free kick on the boundary two kicks from goal.

Swans youngster Chad Warner booted the ball in joy into the crowd after hearing the siren, but not the whistle.

The Tigers, including Jack Riewoldt and Dustin Martin, remonstrated with the umpires, with Riewoldt imploring the official to pay a 50m penalty.

The 50m penalty would’ve given Richmond a shot to equalise and secure a draw but in the end, it was scrapped and the result stood. Richmond players remonstrate with the umpire as he makes the call to not award the 50m penalty. Picture: Fox Footy Jack Riewoldt was not happy after the siren.

The umpire said the decision was common sense and it was unrealistic for Warner to have heard the whistle when he kicked the ball into the stands.

Richmond coach Damien Hardwick said he was unsure what the correct ruling would have been.

“It’s not my job, there are people on the ground who make those decisions,” he said.

“We can look at that last incident but the fact of the matter is that we were up by 33 points. It’s easy to look at the last play but we should have iced the game (by then).”

In total, a staggering 61 free kicks were paid on Friday night but Longmire remained tight-lipped about the officiating of the match.

Former Collingwood coach Nathan Buckley said in Fox commentary it was a “common sense” decision but Tigers fans were fuming on social media.

Lance Franklin inspired tje come-from-behind win will help the Sydney Swans keep in touch with the AFL’s heavyweights, but the superstar could find himself in hot water ahead of a tough stretch of games.

Franklin (five goals) lashed out at former Richmond captain Trent Cotchin in the second quarter of the six-point win, striking him with an open hand to the head, and can expect to hear from the match review officer.

It’ll take some forensic analysis of the video footage to determine how forceful the strike really was and/or how seriously Cotchin should consider an acting career post-footy.

The Swans have the ladder-leading Demons next and can ill-afford to have their marquee forward watching from the sidelines.

Buddy’s frustrations boiled over as the Tigers were grabbing the contest by the throat; Richmond’s forward line shrugged off the absence of Kane Lambert and Tom Lynch and packed on seven answered goals either side of quarter time to take the wind out of Sydney’s sails. Lance Franklin was the match-winner, but he could come under match-review scrutiny. Picture: Phil Hillyard

Calm and collected in front of goal, the Tigers had seven goals on the board before they kicked a behind from a set shot.

Franklin had been contained remarkably well by first-year defender Josh Gibcus as Richmond opened up its lead but his first goal of the night just before halftime clearly did wonders for Sydney’s confidence.

Roaring to the crowd in Sir Doug Nicholls Round, the superstar forward inspired the Swans to turn a 31-point deficit into the kind of win that proves this Sydney team is gutsy enough for September.

“In big moments, he was able to put his hand up and do some things that very few players can do.”

Callum Mills’ shift to the backline proved a masterful call as well; his calm hands and footy smarts helped to neutralise the little strike power that the depleted Richmond forward line had left.

“They were scoring a bit too easily so we had to pull a lever and change something, which we did. At least that stopped their momentum a bit.

“Games are about arm-wrestles and we were able to get the momentum back a bit.”

As they fought their way back into the game, the Swans rediscovered their early intensity around the contest and were finally able to turn their domination of the inside 50 count into points. Lance Franklin is in trouble for this incident. Picture: Phil Hillyard “We started winning some of those contests and being better and cleaner around the ball,” Longmire said.“There were some moments when we had to do a bit better and break even, which we didn’t do in that first half.”

With a healthy Sydney crowd behind them, Sydney controlled the battle for territory when the game was on the line late, outscoring the Tigers six goals to three in the final quarter.

The Swans took the lead in the fourth term for the first time since the first and clung on for dear life.

They might’ve been the better team for significant portions of the game but the loss will send alarm bells ringing for the Tigers.

They’re still yet to defeat a current top eight side this season and could be in for a lean month ahead with clashes against Port Adelaide, Carlton and Geelong on the horizon.

When Richmond began to grab the contest by the throat, John Longmire’s decision to move Callum Mills to the backline proved a masterstroke.

He laid seven tackles and made seven marks as the Swans stemmed the bleeding and proved to themselves that there was a way out of the mess they’d made for themselves by succumbing to Richmond’s forward pressure.

13 seconds into the second half and Jayden Short loads up from outside 50 ðŸŽ¯#AFLDeadly | #AFLSwansTigerspic.twitter.com/PLeVM6t4MH

Dustin Martin showed the healthy Sydney crowd just how much he’d enjoy playing at the SCG if he were to land at the Swans next season.

Swans coach John Longmire has previously refused to engage in speculation that Martin could end up in red and white next year.

But plenty of Sydney fans would’ve been picturing him in a Swans guernsey when he booted an early goal. He finished with 20 touches and six tackles.

Stopping Short was a tall order

Kicking the first goal of the second half would’ve done the Swans’ confidence a world of good after a tough second term.

But Richmond had other plans.

Dustin Martin cleared the footy out of the centre and found Hugo Ralphsmith on the run just outside 50.

The youngster connected with Jayden Short, who kicked the leather off the footy to give Richmond a goal within 16 seconds of the restart. Fortunately, the Swans didn’t give up from there. 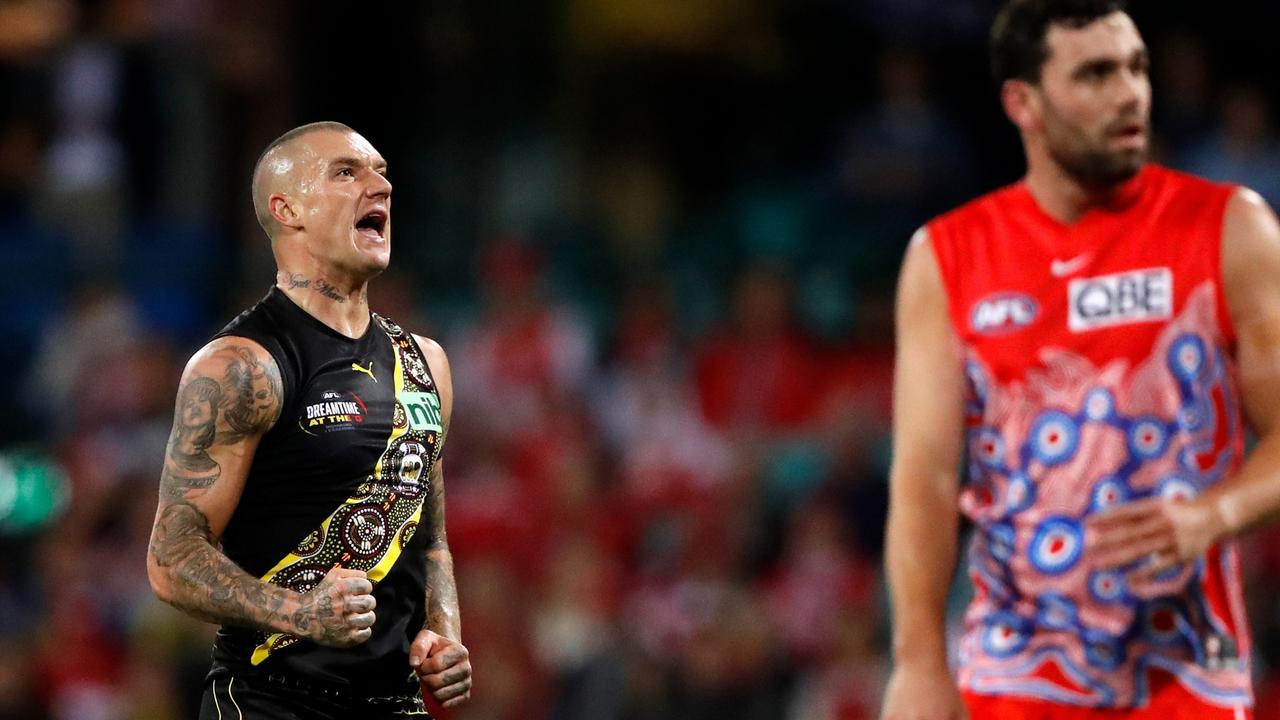 Dustin Martin gave the Swans a taste of what he can produce. Picture: Dylan Burns/AFL Photos via Getty Images

The Tigers missed out on the finals last year for the first time since their premiership dynasty began but with superstar Martin back on deck for a full season, they would’ve liked their chances to make a comeback in 2022.

But as the season nears its halfway point, the Tigers are in serious danger of falling into quicksand in the middle of the ladder.

They’re unlikely to fall out of the top eight at the end of this weekend but could be inside on percentage alone.

St Kilda and Geelong began the weekend a game ahead of the Tigers and both will be heavy favourites to win their games this weekend.

And with three big games coming up, the chasm could become even wider for the Tigers.

Richmond’s emerging star Shai Bolton could sign a new contract as early as this summer as he makes the rapid jump into the competition’s elite.

Former South Fremantle junior Bolton has moved to the stable of Perth-based Anthony Van Der Wielen ahead of early talks on a contract that runs through to the end of the 2023 season.

Van Der Wielen is a South Fremantle board member and also has clients who cut their teeth at the WAFL club including Richmond’s Matt Parker, Marlion Pickett and West Coast’s Tim Kelly.

He told the Herald Sun on Friday Bolton was happy at Richmond as he transforms from a handy goalsneak into one of the AFL’s most dangerous attacking weapons.

The young star signed a new two-year deal last August but since then his price has risen after a series of slashing matchwinning performances. Shai Bolton is poised to re-sign as a Tiger later this year.

Pickett is also enjoying a career-best season for Richmond and a contract offer is a formality for the two-time premiership hero who made his debut on the day of the 2019 Grand Final.

But securing Bolton, set to come out of contract in his seventh season, that would take him past his eight-year free agency would be a massive coup for the Tigers.

“Marlion and Tim and Shai and Matty are close and Shai was looking around. He has a baby on the way due in August he is pretty family oriented given Marlion has four kids and Matty has three and Tim has three,” Van Der Wielen said.

“(A new contract) won’t be during the season and it would be at the end of the year at the earliest but I don’t see a cause for drama. I am sure it will work out as long as he is paid fairly to remain there.’ They are a great club and good to deal with.” Bolton has stepped up for the Tigers this year.

The Tigers are adamant Dustin Martin will remain at the club to see out his contract at the club through to 2024 despite rumours linking him to a move to NSW.

Sydney and GWS do not have the cap space and would be handing over massive collateral for a player who turns 31 next month.

Sydney chairman Andrew Pridham told the Herald Sun on Friday the Swans had not discussed Franklin despite reports of secret negotiations: “I can tell you categorically we haven’t had any discussions, so I think it’s highly unlikely. There is not a great history of clubs bringing people in at that age to try to grab a premiership and it working.” 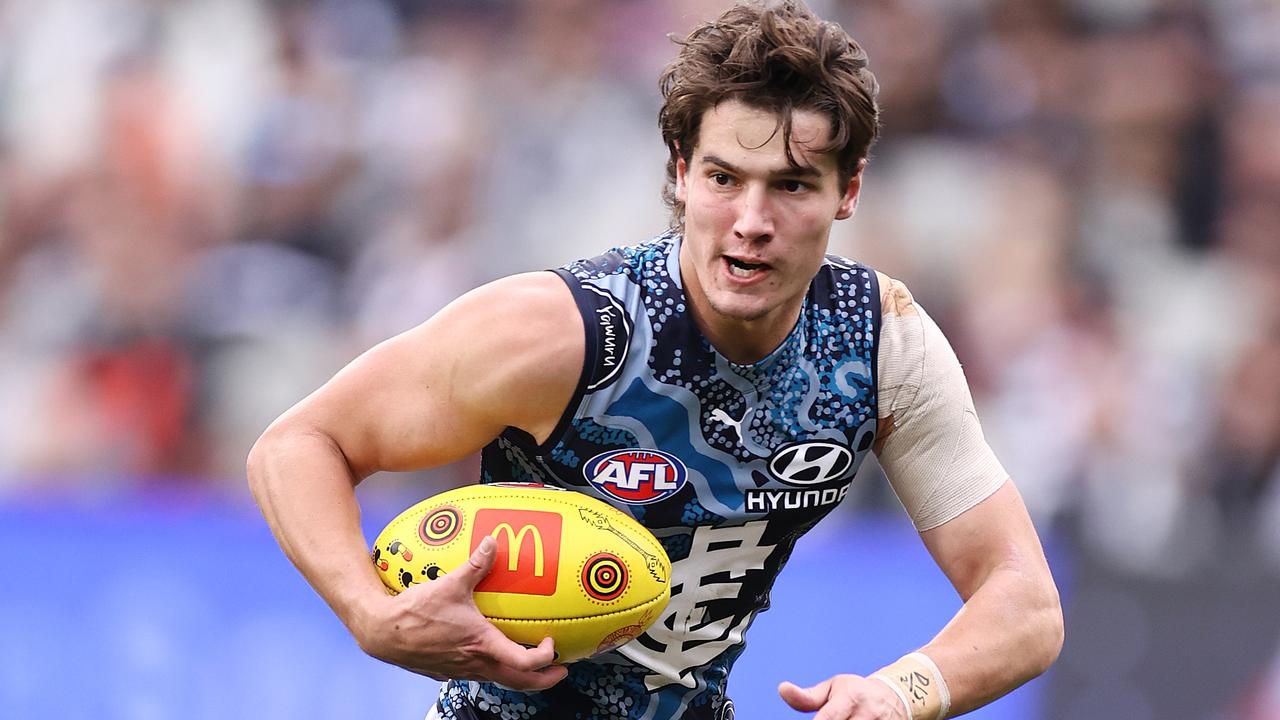 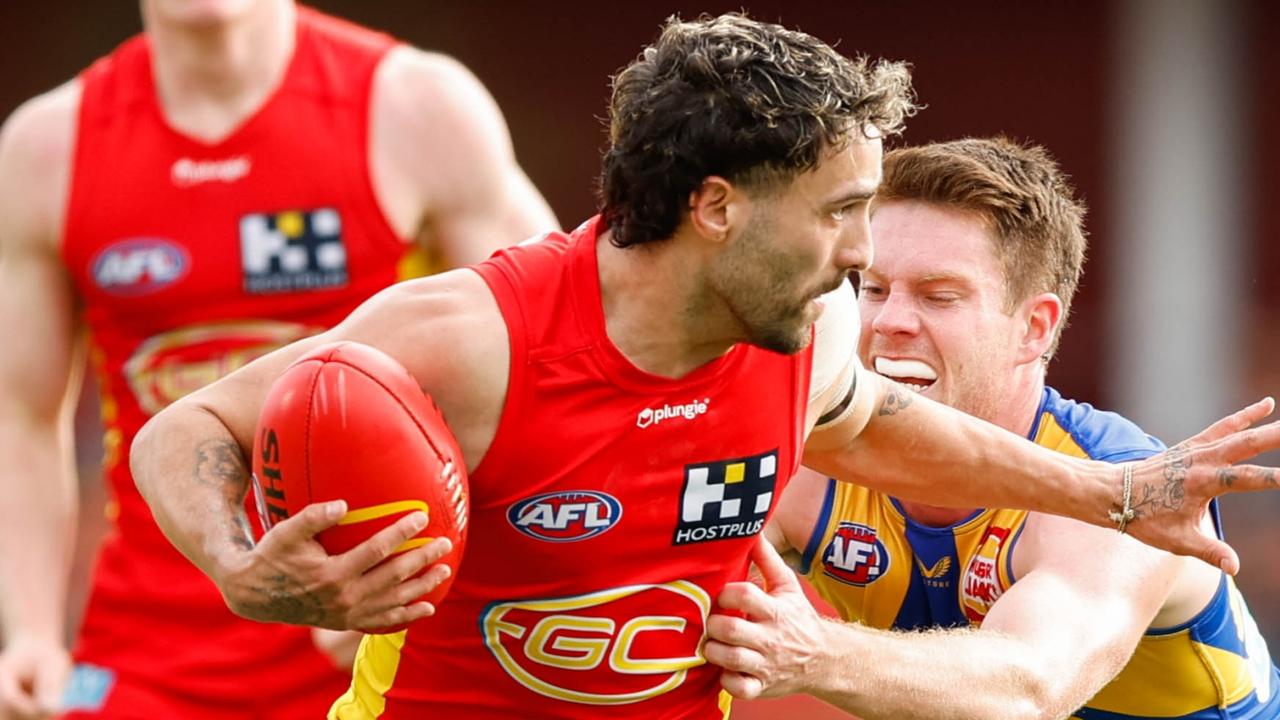 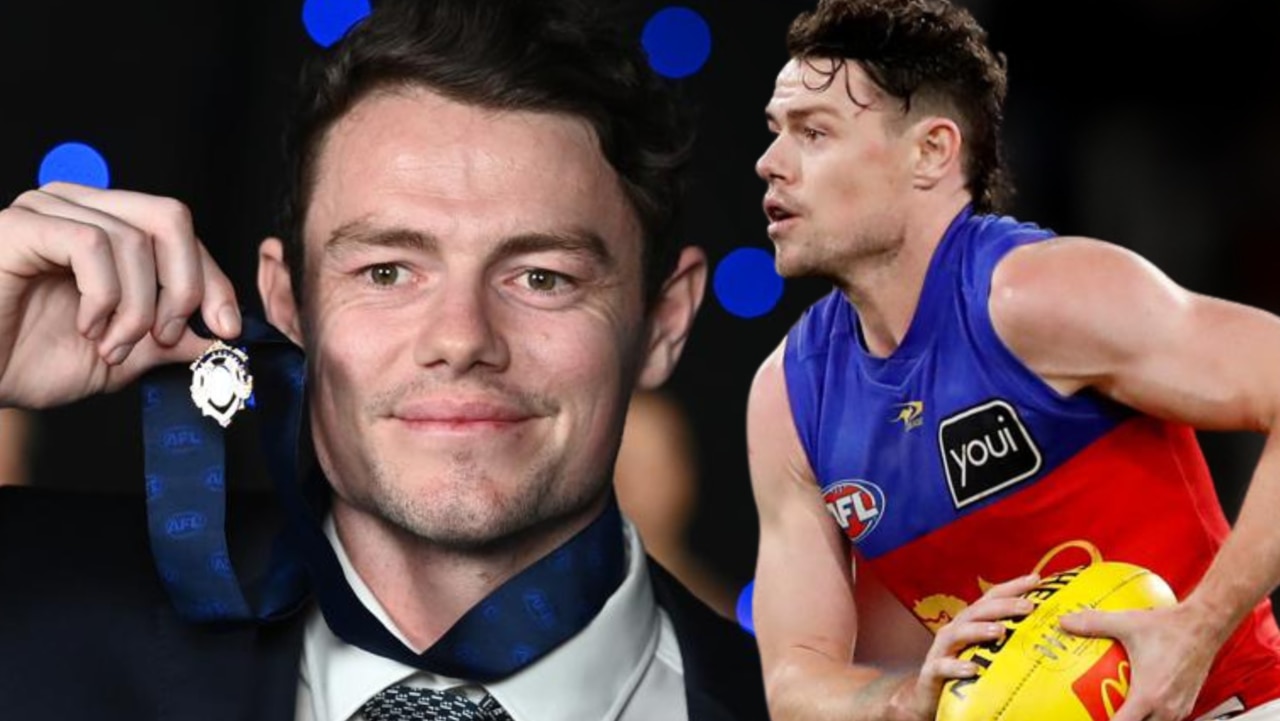 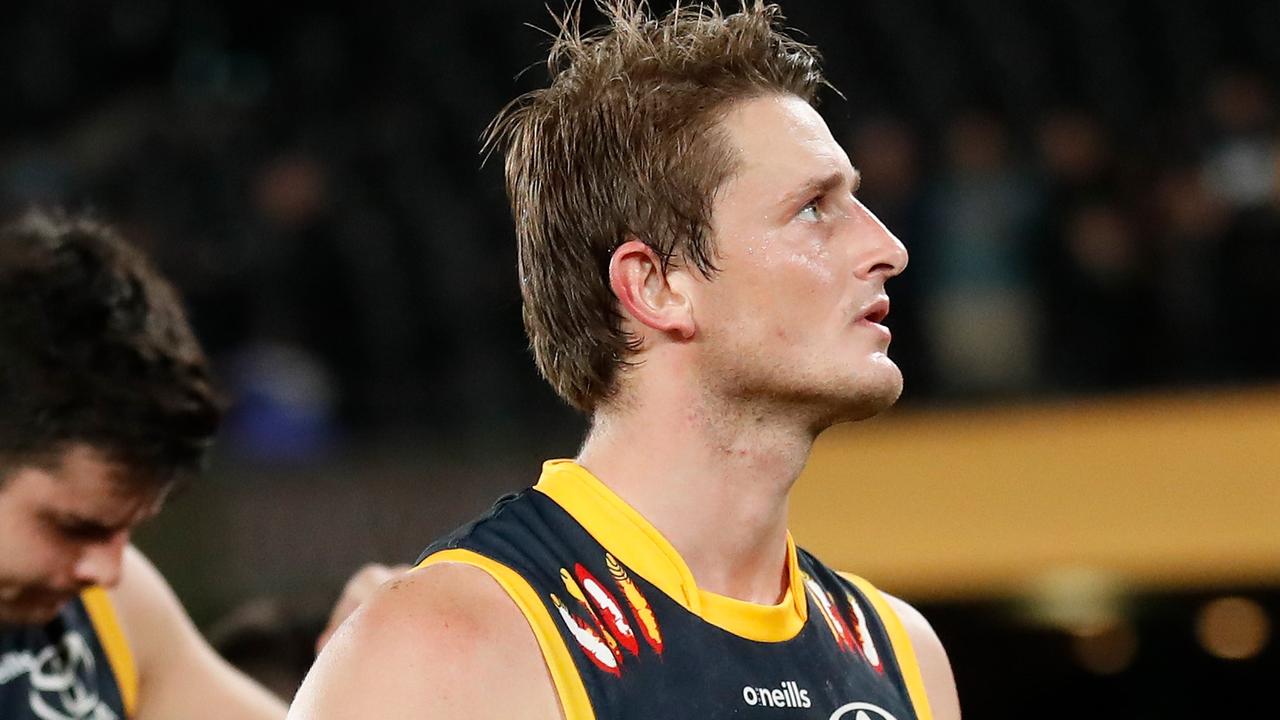 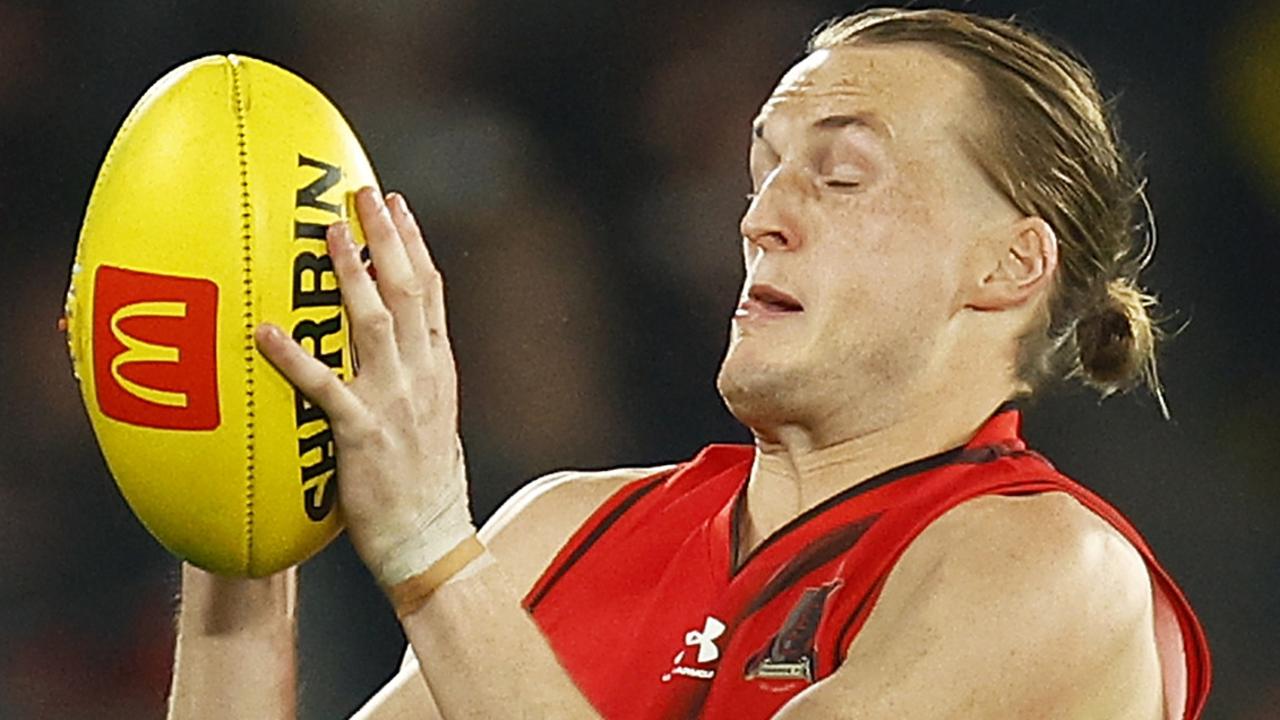