The Blues are hunting a premiership. But what list changes do they need to prepare for at the end of the season? See our full Carlton trade guide.

What was once Carlton’s weakness has become its biggest weapon in 2022.

The additions of George Hewett, who is arguably the recruit of the year, and Adam Cerra has helped transform the Blues’ midfield from so-so to super this year.

The Blues play like they’re coached by former hard-nosed ball magnet Michael Voss, who’s made an immediate impact at Princes Park in his second time around the senior coaching merry-go-round.

They’re averaging over six goals a game from their stoppage dominance, while their +15 contested possession differential is the best in the league.

Their engine room, led by Brownlow Medal fancy Patrick Cripps, is full of steam but it could use a genuine wingman. 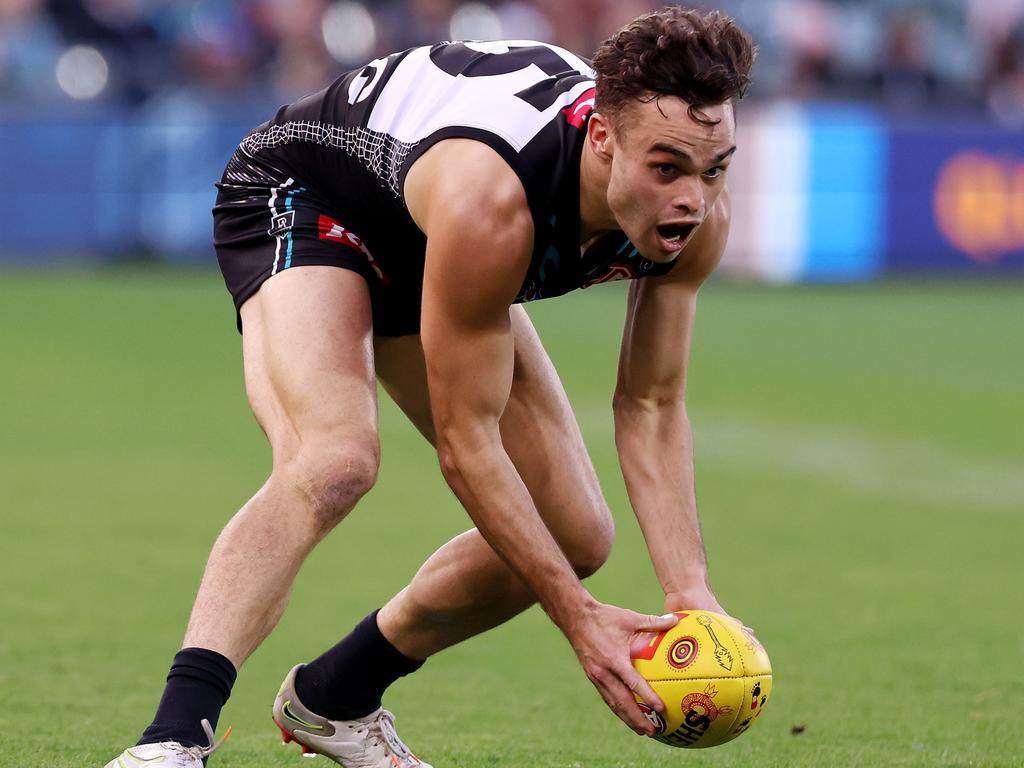 Is Karl Amon the missing link for the Blues? Picture: AFL Photos/Getty Images

Carlton has been heavily linked to the unrestricted free agent, who is said to be weighing up a move from Port Adelaide to Victoria at the year’s end.

If he does want a move east, Carlton surely will be a very attractive destination to him.

They’re a team on the up and he already has a relationship with Voss, who was a senior assistant at the Power before winning the Blues’ job.

Up forward, the Blues have been well served by Coleman Medal leader Charlie Curnow and Harry McKay, while Jack Silvagni has come of age in a forward/second ruck role

The issue, though, is down back.

The Blues are giving up an average of 81 points per game, which ranks them ninth in the competition. 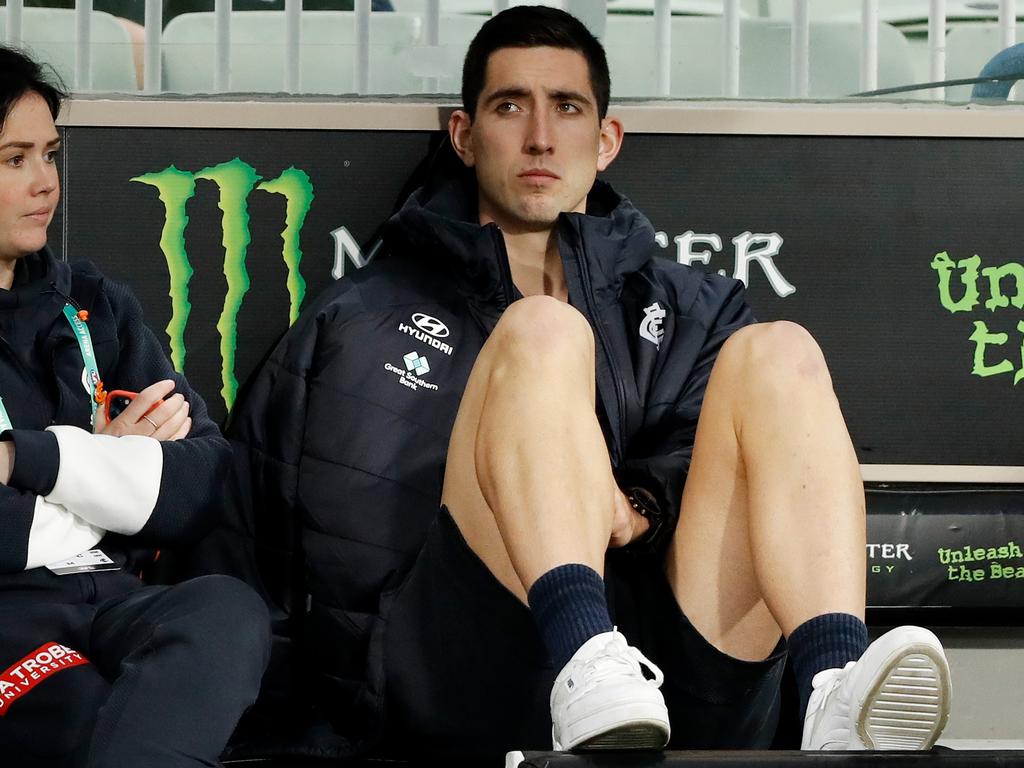 Injuries to the likes of star Jacob Weitering, Mitch McGovern and Oscar McDonald have left them exposed down back.

It is no surprise the Blues are reportedly one of a number of Victorian clubs into Dockers defender Griffin Logue.

He’d be the perfect partner for Weitering down back, while he’d also help the development of Lewis Young, who has suddenly become the Blues’ first-choice lockdown defender owing to the club’s injuries. 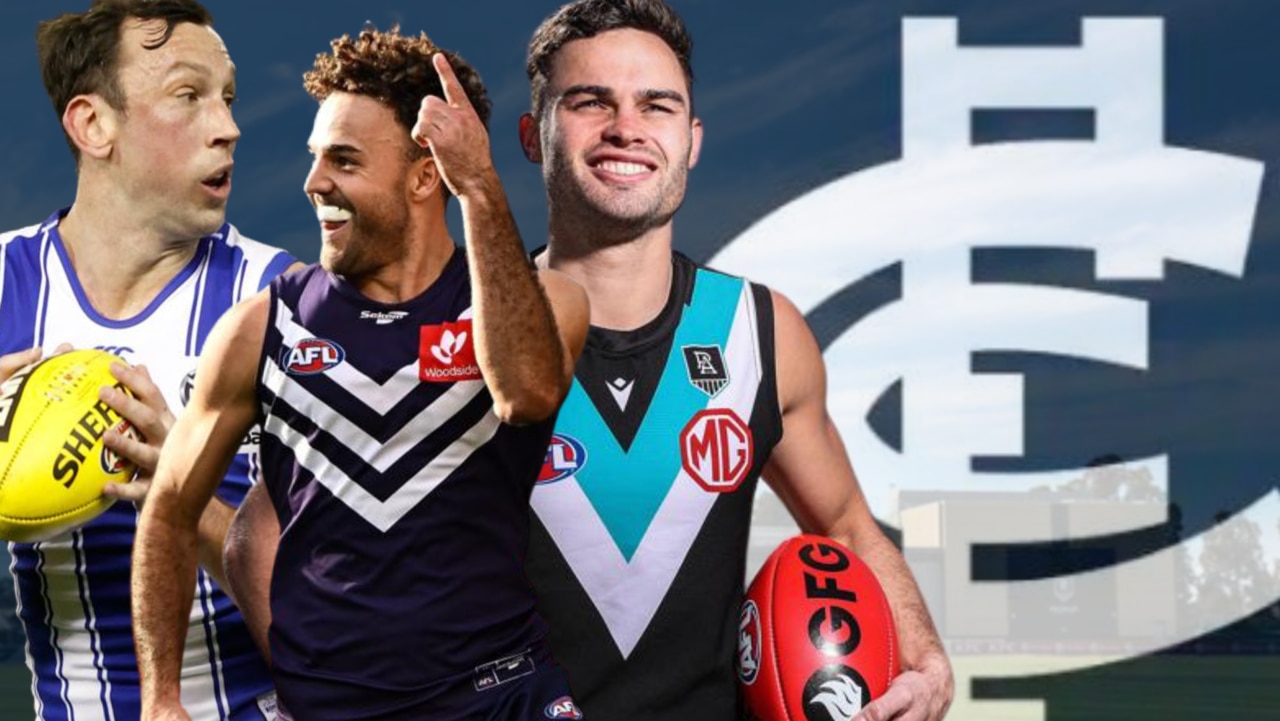 Three targets that can help tip the Blues over the line.

Who the Blues should target

The Blues are reportedly one of multiple Victorian-based clubs who have shown interest in Port Adelaide’s Karl Amon, who’s an eligible unrestricted free agent and said to be weighing up a move home to Victoria. While many clubs are chasing him, his previous relationship at Port Adelaide with former senior assistant Michael Voss would count in Carlton’s favour.

While they’re midfield is stacked, the Blues’ defence has been too leaky this season and opposition teams have been allowed to transition the ball too easily. It’s letting them down, and Logue would be a perfect acquisition. Logue is out of contact and would be the perfect down back partner for Blues star Jacob Weitering.

The unrestricted free agent is expected to look for a new home during this year’s trade period, and the Blues loom as a potential destination the 284-game ruckman. The Blues would tempted by the ruck cover he would provide, and Goldstein would be tempted by a Carlton side on the rise. 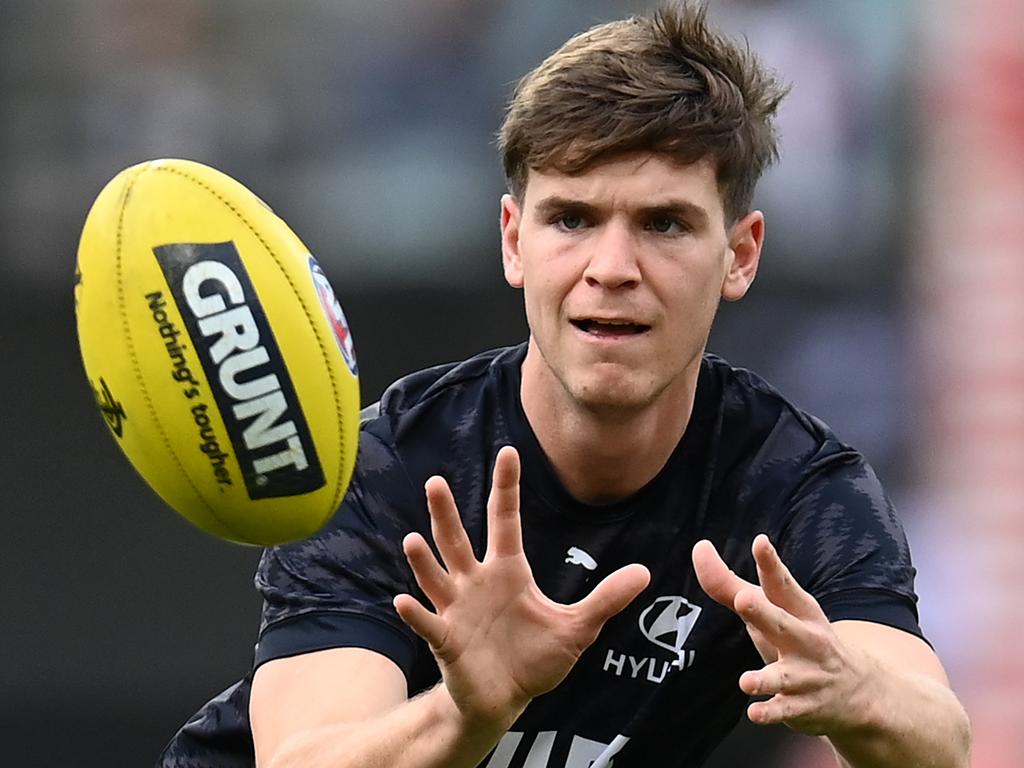 Dow has played only two senior games this year, with one of those being last week’s loss to Collingwood in which he collected 21 disposals. He has another year on his contract, but rival clubs would be monitoring him. The Blues’ midfield is stacked and hard to break in to, and a change of scenery could do wonders for the former No. 3 draft pick.

The 25-year-old has not played at AFL level since 2019, with serious back and neck injuries compounded by a torn ACL in his first game of VFL in 2021. It’s been a horror run, but the forgotten defender is on the verge of an emotional AFL return. Out of contract at the season’s end, other teams would be watching him closely.

O’Brien has been reborn in 2022 as a hard-running wingman, although he is still without a contract for 2023 and beyond. After managing just one game in 2020 and five last year, O’Brien has been reinvented to great effect this season under Michael Voss. Surely a new contract is coming from Carlton, but expect other clubs to be hovering until he signs.