Footy fans who abuse umpires at a local league are costing their team badly. This is the most extraordinary crackdown on dissent the game has ever seen.

Footy fans who abuse umpires at a local league are costing their team a free kick and 50m penalty in the most extraordinary crackdown on dissent the game has ever seen.

Umpires in the Northern Tasmanian Football Association have been instructed to blow the whistle when they are targeted from over the fence by a supporter dressed in club colours.

An email sent to clubs detailed the edict in a desperate bid to change archaic behaviours.

“Due to an increase of umpire abuse from the area around coaches boxes the umpire coaches have instructed the umpires if abuse comes from a person wearing the colours of a club on a jacket or hoodie and they are in or around coaches box they will pay a free kick and or 50m,” it said.

“Please ensure your support staff and supporters who congregate at the box do not cause your players to be impacted by their behaviour.

“As you are aware there is a focus on umpire abuse nationally as umpire numbers are dwindling.” 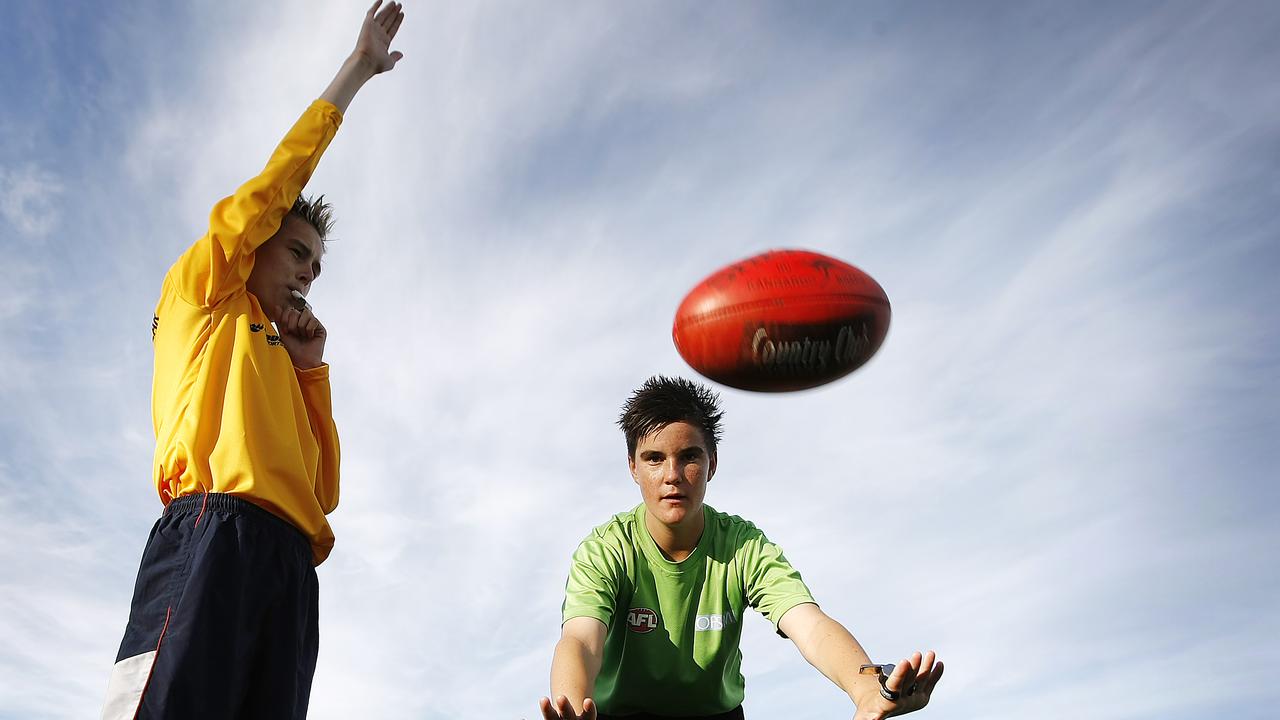 The Northern Tasmanian Football Association is going to extreme lengths to stop dissent.

The Herald Sun exclusively revealed this week that the AFL had scaled back its contentious umpire dissent rule for players.

“We’ve had a few instances with the crowd’s behaviour since the start of the season and the instruction from the coaches was if they’re in club colours it would be a penalty against that team,” Shepherd said.

“It does put the onus back on those teams to keep track of their supporters and instil that the behaviour is unacceptable on the field or off the field.

“There have been some instances where we’ve paid penalties in regards to abuse from spectators towards umpires.

“We’ve had some spectators yell abuse or comments at some female boundary umpires, and they’re only freshly new this year. That’s a bit of a deterrent for them.”

The Herald Sun detailed examples of vile abuse hurled at female umpires earlier this year, which included groups of males taking wagers on the colour of a boundary umpire’s underwear in the Western Region Football League.

“I think it’s probably an older generation that you’ll find are the ones carrying on like pork chops,” Shepherd said.

“But it does then transfer down to young ones as well. Alcohol is a factor that doesn’t help the situation either.

“Tell them to pull their heads in or you’re going to get penalties against you.”

Some NTFA clubs fear sickening comments from their supporters could derail their premiership hopes.

The AFL has claimed it is 6000 umpires short at community level and must recruit that many to service the growing rate of the sport.

Goodwin: ‘I have no behavioural issues’Inside Demons’ secret crisis meeting over Goodwin claimsSACKED: Problem so bad it reduced Cats hard man to tears

Many local umpires are being forced to umpire three or four games each weekend to account for the shortage.

The Herald Sun has contacted the NTFA for comment.