Melbourne coach Simon Goodwin declares he has no behavioural issues

Melbourne coach Simon Goodwin has spoken after a controversial period at the Demons and hit back at former president Glen Bartlett.

Melbourne coach Simon Goodwin says he has no behavioural issues, hitting back at former Demons president Glen Bartlett by declaring “I know who I am.”

The Demons’ board fired back at Bartlett late last week, declaring that it made a “unanimous decision” to remove him last April.

The club also moved to defend Goodwin, saying he is “an exceptional and inclusive leader” who has been “unfairly targeted”.

It followed the release of an explosive statement by Bartlett on Thursday night, in which the former club boss claimed he had stood down after being thwarted in his fight to keep the club free of “workplace bullying, gambling, harassment and illegal drugs”.

Goodwin on Monday defended his character, labelling the accusations as “completely irrelevant to me.”

“The club put out a really strong statement about what they thought of all those claims,” Goodwin said.

“I know who I am, there are no behavioural issues on my behalf. 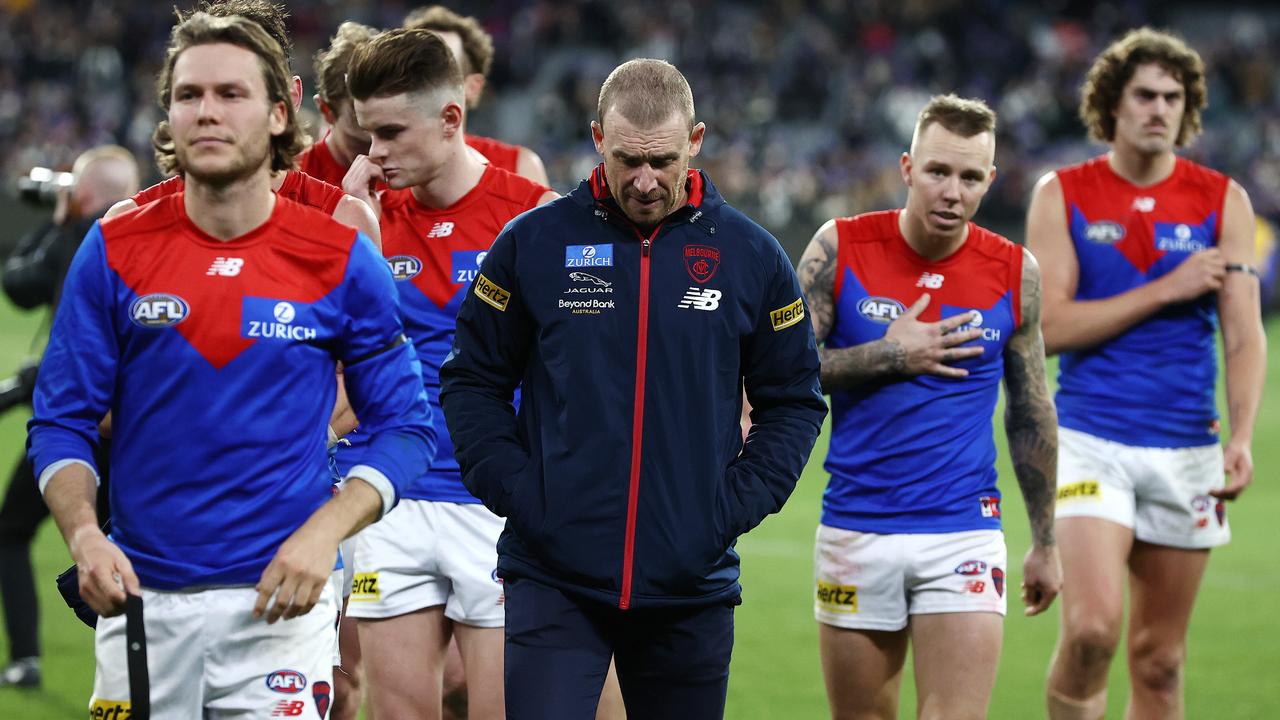 “And for me I haven’t really thought about it the last 18 months.

“We’ve moved forward as a footy club, it’s not a distraction from a players’ perspective and for me personally so we just keep moving forward.”

The Demons have lost three games in a row, and Goodwin used the mid-season break to travel to the Sunshine Coast to clear his head following a tumultuous month.

“I went on a surfing trip and a couple of days off grid to get your thoughts and reflections and just be a normal person in society that has a bit of time away from a really intense industry,” he said.

“And I think that’s really important as a coach to make sure my energies are at the level that’s required to bring a really good group of players together.

“You could just see the energy in the playing group when we got back and there was certainly a real vibe around the group and the coaching staff after having a few days away from the club.

Goodwin also said the Steven May and Jake Melksham incident in Prahran had been resolved.

“That was put to bed the week before the week we left leading into the Collingwood game, that was a pretty big week for us as a footy club,” he said.

He said May would return this week for the club’s big clash with Brisbane.

“He’s trained outstandingly well (and) he’s really keen on building the trust back within the playing group,” he said.

Melksham is also available for selection this week after undergoing surgery on his hand following the altercation with his teammate. Simon Goodwin and the Demons have lost three games in a row. Picture: Getty Images

The Melbourne Football Club board has fired back at former Demons president Glen Bartlett, declaring that it made a “unanimous decision” to remove him last April.

The Demons have also moved to defend coach Simon Goodwin, saying he is “an exceptional and inclusive leader” who has been “unfairly targeted”.

It follows the release of an explosive statement by Bartlett on Thursday night in which the former club boss claimed he had stood down after being thwarted in his fight to keep the club free of “workplace bullying, gambling, harassment and illegal drugs”.

Bartlett claimed he and his partner had since been subjected to “threats, deceitful conduct and a public campaign to discredit us”.

The Demons responded with their own statement on Friday night, which said: “Primarily, we would like to address the club’s change of presidency in April 2021. It was the unanimous decision of the board to request Glen resign as president.

“We acknowledge that a change of leadership at a club is a difficult time for all involved and out of respect for Glen and his service to the club, when the time came for him to hand over the presidency, we endeavoured to respectfully acknowledge his achievements and contribution. 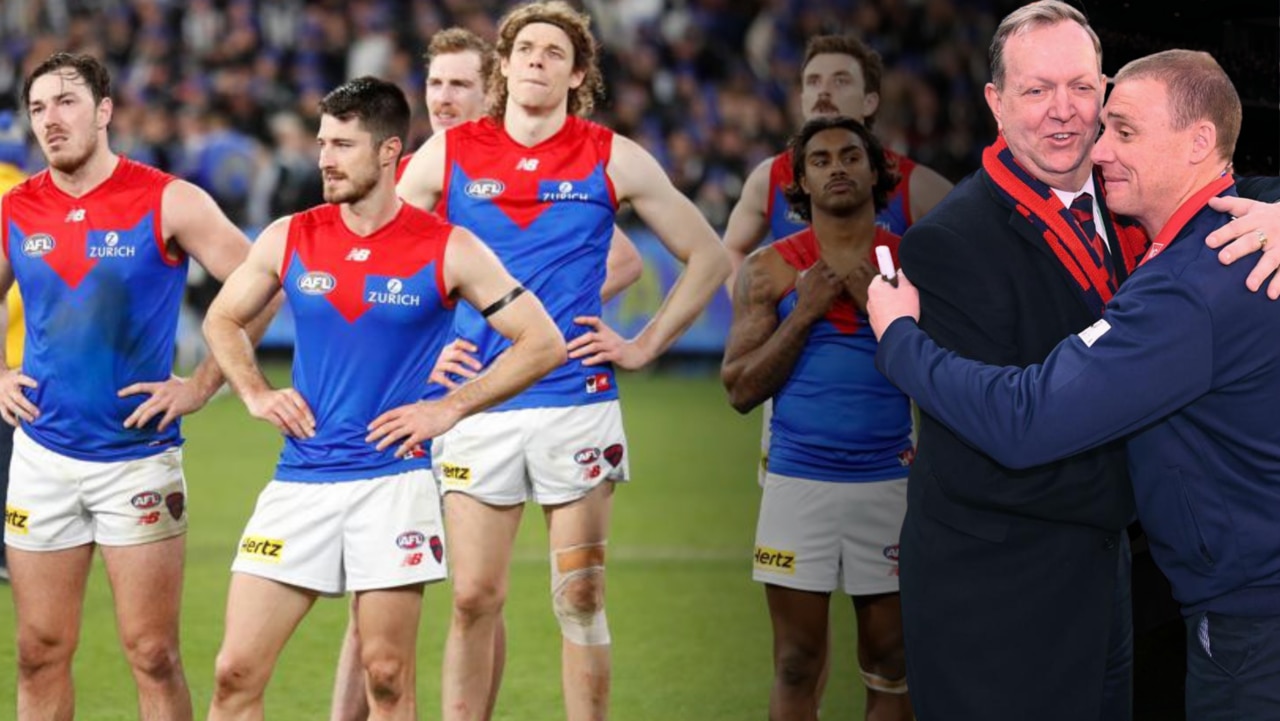 The Dees have hit back at former president Glen Bartlett.

“Separately, the board would also like to reiterate its support of the club’s people, particularly Simon Goodwin, who have been unfairly targeted as part of inaccurate and unsubstantiated media reports.

“As the board has previously stated, Simon is an exceptional and inclusive leader, who is loved by players, coaches, and staff, and is a key driver of our high-performance culture, standards, and disciplines.

“We see no utility in engaging in an ongoing commentary on these matters, and the club will therefore not be making any further comment at this time. Instead, the efforts of the board, together with players and staff, are absolutely focused on the seasons ahead. We ask that the privacy and health and wellbeing of all involved be respected at this time.”

Bartlett, a workplace lawyer hand-picked by the AFL to lead the club in 2013, had been endorsed to stay on as president for another 12 months just a few weeks earlier.

Melbourne did not respond to specific questions about the alleged use of illegal drugs at the club or threats made to Bartlett and his family.