Max Gawn is available for the Demons, but is a clash against the struggling Eagles the perfect opportunity to put him on ice? Your club’s predicted line-up.

How will your club line up this week?

The SuperFooty experts have gone through all 18 teams and picked the best available 22 for Round 9.

Did we get it right? Check out every team and let us know your changes in the comments section.

Matt Crouch couldn’t have done too much more in the SANFL after his surprise axing last week as he amassed 36 disposals and had 10 clearances at state league level. He also impressed with his penetration and defensive efforts. The Crows did say they would give Jackson Hately a run in the side but after his efforts “tagging” Patrick Cripps – who had 35 touches and two goals – his place in the side must surely be under threat. Wayne Milera continues to build in the SANFL, as does Darcy Fogarty. Riley Thilthorpe has been out with a knee injury and then in the Covid-19 protocols but could make a return to AFL action this week if he gets ticked off. Brodie Smith and Ned McHenry should return after spending a week in the AFL’s concussion protocols. Riley Thilthorpe is a genuine chance to return for the Crows this week. Picture: Sarah Reed/AFL Photos

With both Joe Daniher and Dan McStay out injured, Chris Fagan might be forced to bring back forward Eric Hipwood straight back into the senior side after he suffered an ACL injury in round 17 last year. Darcy Gardiner should return from HS protocols while Mitch Robinson’s three-goal 31 disposal performance in the VFL will once again put him in the selection conversation. All eyes will be on whether George Hewett can prove his fitness from a bleed in his calf which has kept him out since being injured in Round 6. It is a 50/50 prospect. Jesse Motlop has been close to making his debut in recent weeks and the Blues could well pull the trigger here. He could be the replacement for Jack Martin, who will miss two weeks with a calf injury. Others in the mix could be Paddy Dow (33 touches in the VFL) and Lachlie Fogarty (27), while Caleb Marchbank returned in the VFL last weekend but may need more game time before he plays AFL again. Hard to drop anyone on last week’s effort, but maybe Corey Durdin (who has a good future) or Matt Owies could just have a freshen up. 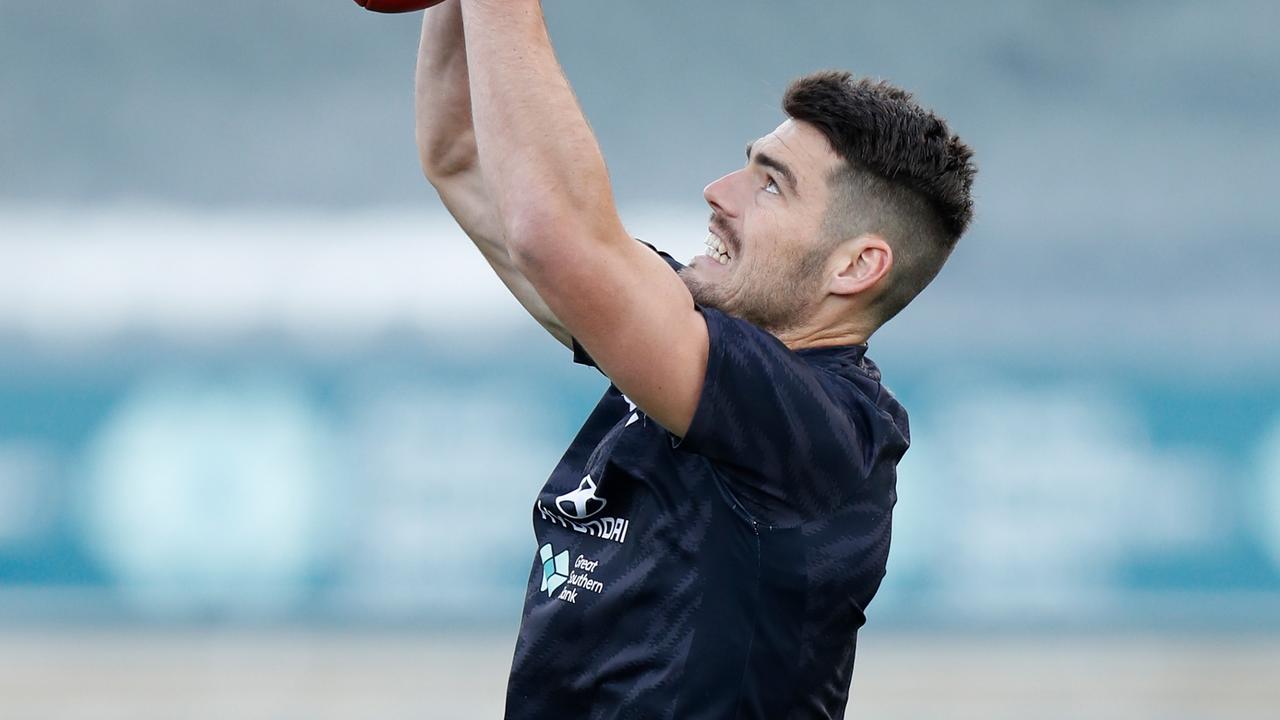 All eyes will be on George Hewett at Carlton this week. Picture: Michael Willson/AFL Photos

Awkward selection week for the Magpies coming off a big loss to Richmond. The good news is Isaac Quaynor will be right to play. The bad news is Jordan Roughead is still at least another week away. That means Jack Madgen - the sub last week - needs to come back into the selected 22. Caleb Poulter’s VFL form has been solid and he deserves another chance. Trent Bianco and Tyler Brown could be the most vulnerable to make way for the inclusion. There will be a discussion around whether to play Aiden Begg or Mason Cox as back-up ruck/forward to Darcy Cameron, but the youngster might get another chance.

The Bombers had five late outs with the flu last week, including Jordan Ridley, Jake Kelly, Matt Guelfi and Sam Durham who should all return against the Swans. Dylan Shiel battled on bravely against the Hawks but might need a break after hobbling from the ground on a couple of occasions. What the Bombers do with Devon Smith remains to be seen after he had planned to do a “mini pre-season” to build strength in his knee before being a late call up last weekend.

The high-flying Dockers are set to have a selection squeeze as they enjoy their best start to a season since 2015. Six Fremantle players will exit isolation ahead of the Dockers’ clash with Gold Coast on Sunday, giving Justin Longmuir a welcome selection headache. Sam Switkowski is in the AFL’s concussion protocols after copping a knee to the head in the Dockers’ comfortable win over North Melbourne. Rhys Stanley is likely to return for the Cats this weekend. Picture: Dylan Burns/AFL Photos

Jed Bews was the only injury worry from Geelong’s Canberra demolition of GWS Giants, and he will miss this week with concussion. The Cats loved Mark Blicavs as the solo ruck in that win but facing big Saints pair Paddy Ryder and Rowan Marshall, they need another big body and Rhys Stanley (ankle) is likely to pass his fitness test. Joel Selwood (corked quad) missed last week but the Cats will be as cautious as possible with the champion skipper, while Shaun Higgins (general soreness) may struggle to get back in the side. Cooper Stephens showed enough on debut to get another crack, with fellow debutant Mitch Knevitt a prototypical sub given his height and running ability. Sam Menegola is still awaiting a VFL return, while Gary Rohan’s minutes have been managed at that level. Luke Dahlhaus was Geelong’s best in the VFL and will have his hand up for a recall.

No need to change too much at the Suns this week after their shock win over top four aspirants Sydney last week. Jack Lukosius was subbed out with a knee injury and is likely to miss a week. Noah Anderson was a late out and is the obvious replacement if he’s over his illness.

It’s a selection dilemma at the Giants who were so good two weeks ago against Adelaide before being convincingly beaten last week against the Cats. Leon Cameron might lean towards backing this group in another match given his VFL side had the bye and not a lengthy returning injury list. Brent Daniels was close to returning after a considerable amount of time on the sidelines but he might need a couple of weeks in the reserves.

Forward Chad Wingard is expected to return for his 200th game after missing last weekend’s clash against Essendon with illness. Changkuoth Jiath (hamstring) and Mitch Lewis (hamstring) are also in the mix to return from injury. Connor Macdonald was a late replacement for Wingard last week, while James Worpel has been below his best this year and appears to be struggling for fitness.

The Dees are in the perfect position to rest inspirational skipper Max Gawn for their trip West against the Eagles with Gawn confirming he’s battling a knee injury. It could be a nervous wait for SuperCoach owners but Simon Goodwin has no need to risk the his star ruck. Gawn trained strongly today so he’s definitely still a chance to play.

The good news is spearhead Nick Larkey returns from suspension to a team which kicked just three goals last week but that is tempered by the injury to full-back Ben McKay who is facing a lengthy stint on the sidelines with a knee injury. Trying to find a saviour in the VFL is tough although tall forward Charlie Comben continues to impress kicking two goals in the wet last week. Pressure forward Charlie Lazzaro had an improved showing with 16 touches and five tackles while Tom Powell again found plenty of the ball. Coach David Noble should have plenty of players in the gun so it’s a raffle which ones pay the price for yet another disappointing performance. Charlie Dixon and Orazio Fantasia are available for selection but the Power are now in a position where they don’t need to rush them back into the team. Riley Bonner suffered a sprained ankle against the Bulldogs and could miss a couple of weeks. Kane Farrell was a pre-match withdrawal after coming down with Covid-19 with Xavier Duursma taking his place. Lachie Jones has played well in the SANFL over the past two weeks. The Power announced on Monday that Dumont was now in Covid-19 protocols.

Rhyan Mansell was suspended for his elbow on Collingwood’s Jack Ginnivan, while Marlion Pickett could be an unlucky omission after being a late replacement for Dion Prestia against the Pies. Prestia and Nick Vlastuin both missed last week’s win with the flu, but are expected to return. Will Nick Vlastuin return for the Tigers? (Photo by Robert Cianflone/Getty Images)

It was a front-row seat to the best in the competition for the Saints, and coach Brett Ratten is determined to ensure his team learns from their loss to Melbourne, with being stronger for longer a key lesson. Dan Butler was subbed out against the Demons with an achilles issue as he struggled to find strength in pushing off his foot, which could open the door for Jack Billings’ first game since Round 20 last year. Billings performed strongly in the VFL, as did Hunter Clark, who played both in the midfield and forward in his return. He pushed his case for a senior return as a number of players start to knock the door down. A handy position for Ratten to be in as he looks to get the Saints back on track against the Cats on Saturday.

The Swans were flat against the Swans and might need to make a few changes ahead of what could be a close match against the Bombers. Tom Hickey is almost certain to return while Hayden McLean or Logan McDonald loom as the obvious omission despite both showing glimpses of brilliance this year. Sam Wicks laid eight tackles in the reserves while Braeden Campbell could make way for Harry Cunningham if the veteran is fit.

Things can’t get much worse for the Eagles, who fined seven of their players who broke club directives and partied in a Perth nightclub as Covid-19 continues to hit the club hard. This resulted in WAFL player Jake Florenca making his AFL debut, and he got the most contested possessions for the Eagles in their heavy loss against Brisbane. But the Eagles are set to get some players back. Elliot Yeo should return from a concussion, while Alex Witherden and Greg Clark are available after being in isolation. Dogs fans will be desperate to see their skipper Marcus Bontempelli back playing. Photo by Michael Klein

Robbo: Is old-school Noble in wrong classroom at Roos?Injury setback for tall Cat – but he’s not the only oneWhy young Roos pushed back on Noble’s plan

Tim O’Brien was subbed out of last Friday night’s clash with Port Adelaide with a calf, while Laitham Vandermeer (hamstring) and Cody Weightman (collarbone) both finished on the bench. Captain Marcus Bontempelli, ruckman Tim English and key defender Alex Keath are all expected to return if they get through main training this week. 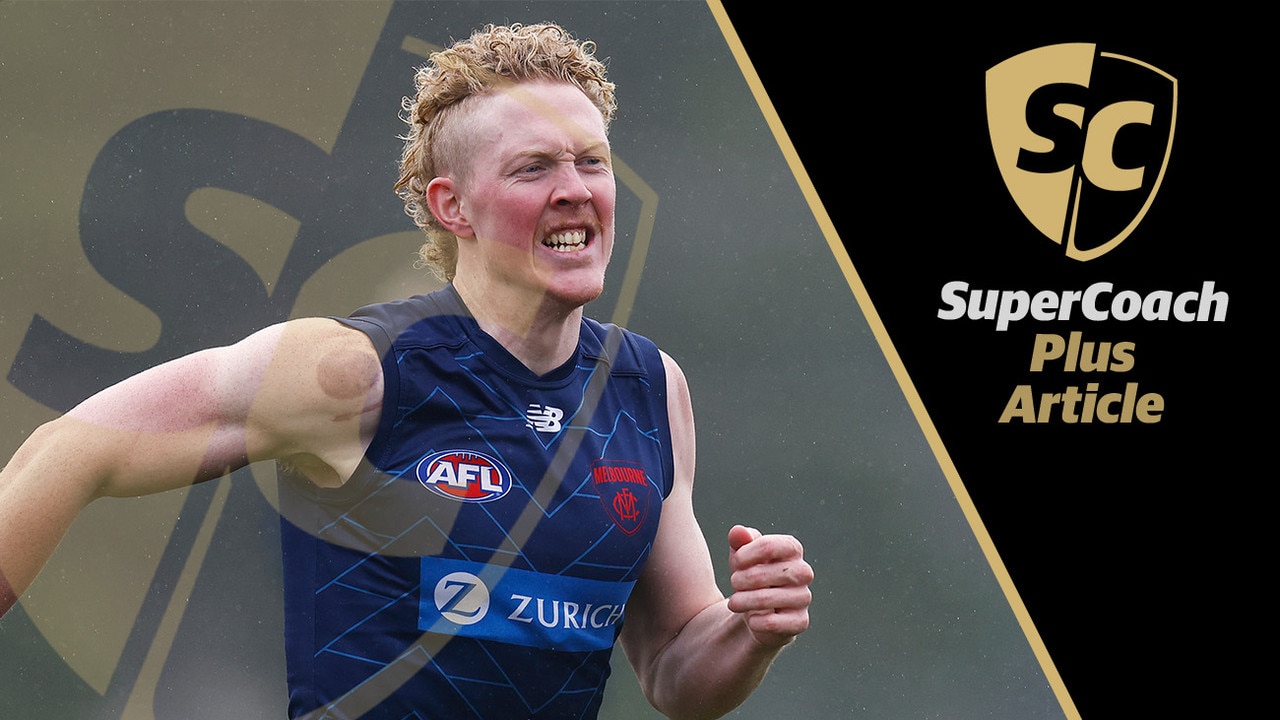