All you need to know in the lead up Saturday night’s (2 July) Geelong Cats v North Melbourne match including news updates, past history plus when and how to watch live on Kayo. The Cats are strong favourites to make it six in a row against North Melbourne on Saturday night (2 July) at Geelong’s GMHBA Stadium.

Geelong’s Patrick Dangerfield has been named to make a long-awaited return from a troublesome calf – after a false start last week – but a remorseful Tom Stewart will miss the next four games for his hit on Dion Prestia.

Former Swan Gary Rohan will come in for Stewart as the Cats look to keep rolling in pursuit of six straight wins on Saturday. Their last loss came against St Kilda in mid-May.

Dangerfield has not played since Geelong’s win over Port Adelaide in round 10.

Stuck on the bottom of the ladder, North Melbourne has begun a review into their football department with coach David Noble’s future increasingly clouded.

The Kangaroos have not won since round two against West Coast.

What time is Cats v Kangaroos?

INCLUDING a feature by MARK ROBINSON on how the Roos threw David Noble under the bus, Tom Stewart’s ban and every pick from the AFLW Draft.

PLUS the Cats on the lookout for rival mids. 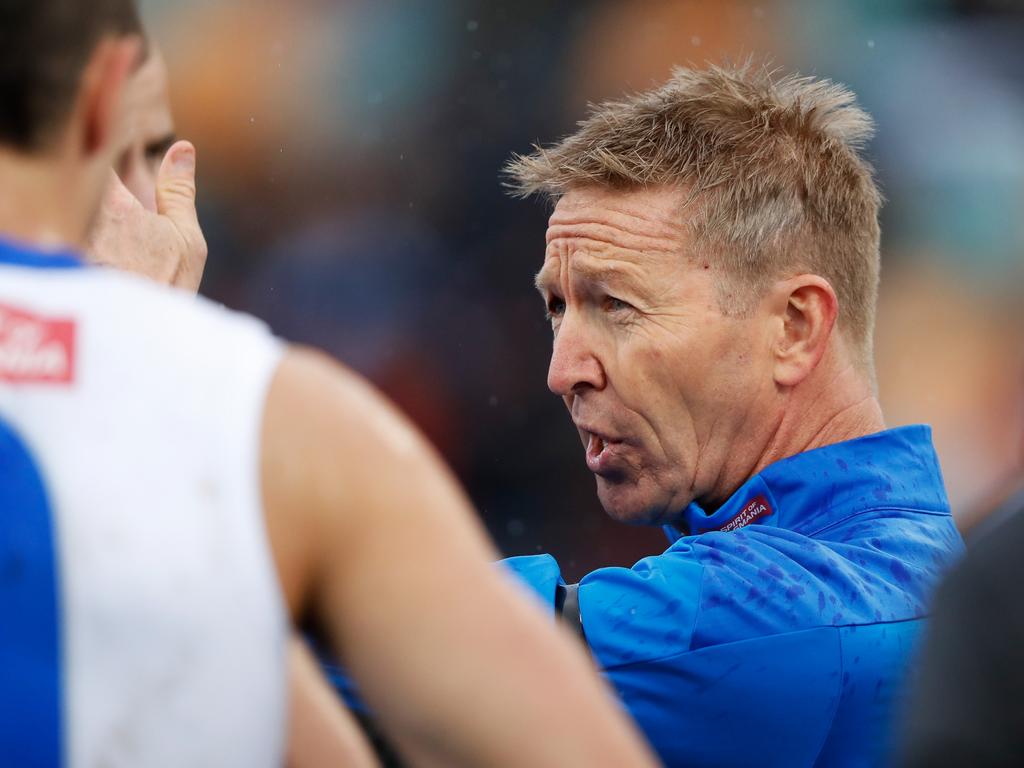 History between Cats and Kangaroos

North Melbourne hasn’t beaten Geelong in their past nine meetings dating back to 2015. When they met earlier in the season, it was the Cats by 10 goals.

All the ins and outs for Saturday night: Who will survive Geelong’s selection squeeze?

Geelong has won 11 straight games and has a decorated group of players set to return. Who will get the nod come the finals? DANIEL CHERNY explores the selection questions at the Cats. Geelong will closely monitor Patrick Dangerfield this week after another injury issue but his absence showed a key reason why the club is premiership favourite. Cats buzzing mosquito fleet could be a finals difference-maker

The Cats blew the Bulldogs away in the third quarter as three small forwards stole centre stage from their bigger stars. And the forward mix has the Cats perfectly poised for finals. How the Cats midfield turned the tide in Power win

Geelong’s midfield eyeballed each other at the three quarter-time huddle and worked out how to reverse a disastrous third term and pick up a stunning win. Coleman Medal leader Charlie Curnow has tasked his teammate to set up a family reunion in the navy blue after a flying start to a young career. Champion Data reveals how the Cats have embraced a more attacking style of play and are reaping the benefits, writes SHANNON GILL.