Nathan Freeman’s potential had clubs salivating though his AFL journey was destroyed by injury - now a chance for a career lifeline is coming down to the wire.

Former top-10 draft pick Nathan Freeman is within touching distance of a rookie spot with a third AFL club as the Suns battle to split his summer form with Magarey Medallist James Tsitas.

The Suns are close to a decision on which of explosive midfielder Freeman or ball magnet Tsitas to select with a summer rookie spot given their desire to finalise their list in the next fortnight.

The decision will go down to the wire given there is only one list spot but both have shown they could easily make an impact with the Suns this season.

Gold Coast is determined to add another experienced player to its list given the scourge of omicron, which at any time could wipe out a chunk of a club’s first-choice midfield. Nathan Freeman has been training with the Gold Coast Suns for a chance at a rookie list spot. Picture: Chris Hyde/Getty Images

More than half of the Suns players are believed to have already had the omicron strain of Covid, which should give them some immunity for at least the next few months, but the Suns believe both players could play an instant role if called upon.

Both are 26 years of age, with Freeman playing two AFL games after his career was jeopardised by a series of hamstring strains at Collingwood and St Kilda.

Freeman averaged 37 disposals for Frankston last year and while some recruiters wanted him to be more damaging he kicked at 59 per cent efficiency and has built a more robust body. Freeman was dominant for Frankston in the VFL. Picture: Scott Barbour/Getty Images

The Suns hope to get a full season out of No.1 draft pick Matt Rowell as they build a midfield that includes Touk Miller, Noah, Anderson, David Swallow and Brayden Fiorini.

The club was rocked when Hugh Greenwood, who was behind only Miller with 93 clearances last year, left for North Melbourne but the Suns threw Geelong onballer Charlie Constable a lifeline in December.

The Suns are still working on their lead-in to Round 1 with the league likely to make changes to its pre-season program given WA’s closed borders.

The Suns and Brisbane were due to play an official practice match in the last week of February, with Adelaide and West Coast also scheduled to play in the week before the AAMI Series.

But with West Coast unlikely to be able to travel east the league is likely to rearrange games with clubs awaiting the new schedule.

Brisbane believed last week it was a chance to play Adelaide in that practice match series but the late February games are still up in the air.

Adelaide and Port Adelaide are reluctant to play each other in the practice game given they play the following week in the AAMI Series and then again in Round 3 of the home-and-away season.

St Kilda’s summer train-on rookie Jack Hayes has put himself in the picture for an unlikely Round 1 spot as the Saints prepare to elevate him onto their list.

The Herald Sun understands Hayes will be put onto the St Kilda list as a 194cm ruck-forward who has been totally dominant at SANFL level.

SANFL star Hayes is the only player pushing for one of two vacant list spots at St Kilda and Saints players believe he is a strong chance to win a position early in the year in the senior side given his brilliant summer form.

The 194cm utility has taken all before him in the SANFL, captaining the state team, finishing equal third in the Magarey Medal and winning the Jack Oatey Medal as Woodville West Torrens claimed its second consecutive premiership.

St Kilda said this week it was yet to make an official call on Hayes, but St Kilda players believe he could make a similar impact to Callum Wilkie, a revelation since joining the club with an impressive SANFL pedigree.

Wilkie has become a crucial member of the Saints backline since being taken with pick 3 in the 2019 national rookie draft after being overlooked in four national drafts.

Hayes is a dangerous and versatile utility who averaged 128 ranking points, 19.6 possessions, 10.8 contested possessions, 1.1 goals, 4.3 tackles and 7.1 score assists in his 20 SANFL games this year. At only 194cm he isn’t a pure key position player on size but given his running ability and marking power is able to cover the ground and amass huge possession tallies.

His SANFL premiership coach Jade Sheedy told the Herald Sun on Thursday he could make an impact at AFL level.

“He plays as a forward-ruck for us and he’s only 194cm but he does have a huge heart. His ability to throw himself at every contest and will himself at every ball separates him from the rest in our competition.

“The knock on him about why he hasn’t got drafted is he is too small but you can’t measure someone’s heart and he has long arms and stretches out long at the footy and jumps well and takes the ball at its highest point. He plays above his height.

“People in SANFL circles can’t believe he hasn’t been given a chance at AFL level. That is universal, not just from our footy club, so I hope he get an opportunity and it’s one that would be well and truly deserved.

“What he has done in our competition is pretty significant. He was second in the Magarey Medal and it’s pretty rare for someone who plays up forward, the Magarey has always been a midfield award like the Brownlow so he’s pretty dominant.”

Jack Hayes in the SANFL last year, including finals

But Hayes has for several years been one of the top handful of state-league players not able to crack it in the AFL.

The Saints can sign him during the Pre-Season Supplemental Selection Period (SSP) any time up until March 9 this year.

Rookie Bible: The best AFL SuperCoach cheapiesKeys to success: Every club’s X-factor in 2022

Sydney has already signed up former No. 1 overall pick Paddy McCartin to play alongside his brother Tom at the Swans.

And North Melbourne will add former Adelaide player Tom Lynch as a back-up who will also be part of the club’s coaching panel. Rugby, rivalry and Bucks: The making of captain Witts Late in 2019, the AFL unveiled a dramatic assistance package for the battling Gold Coast Suns. Two and a half years on, its impact is being felt across the league, writes DANIEL CHERNY. 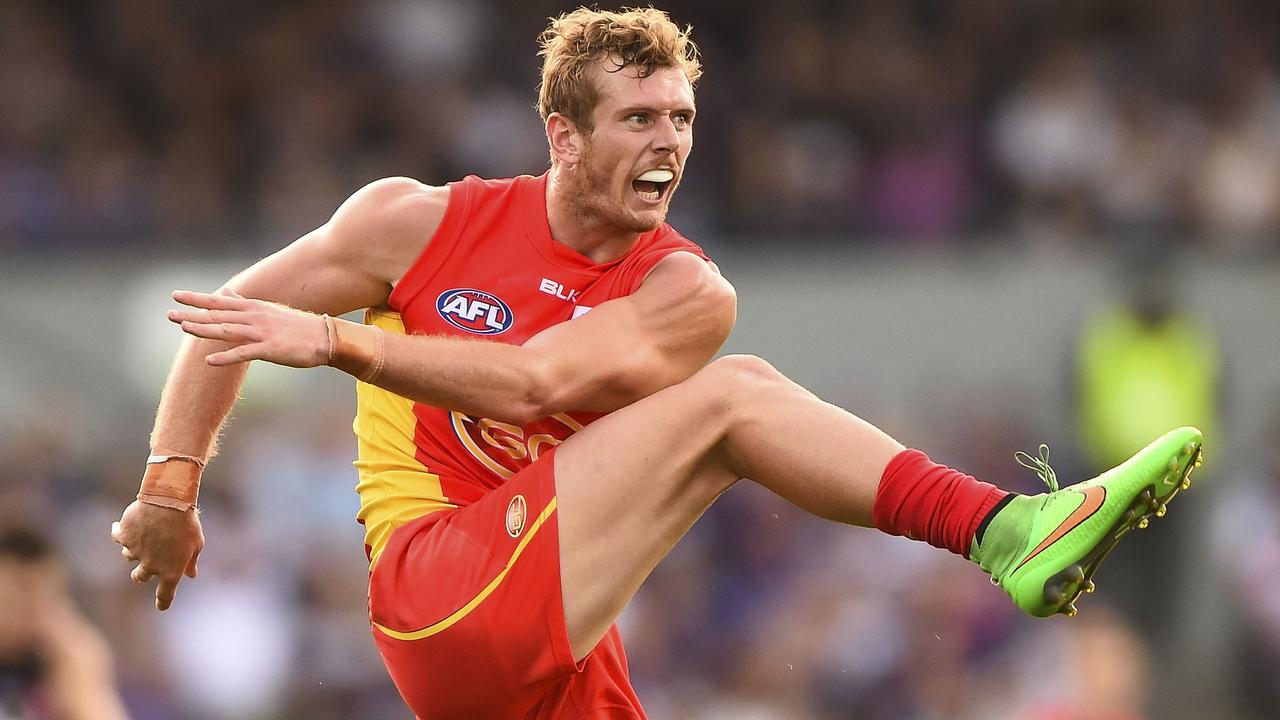 Ryan Davis ended a record stint in the AFL wilderness with a rusted bike and a fudged time trial. Now, lessons learnt in a rollercoaster playing career are shaping a promising coach, writes WILL SCHOFIELD. A former Demon and Sun who suffered up to 15 concussions has made stunning revelations about his treatment and wants to take part in a probe into former AFL advisor Paul McCrory. 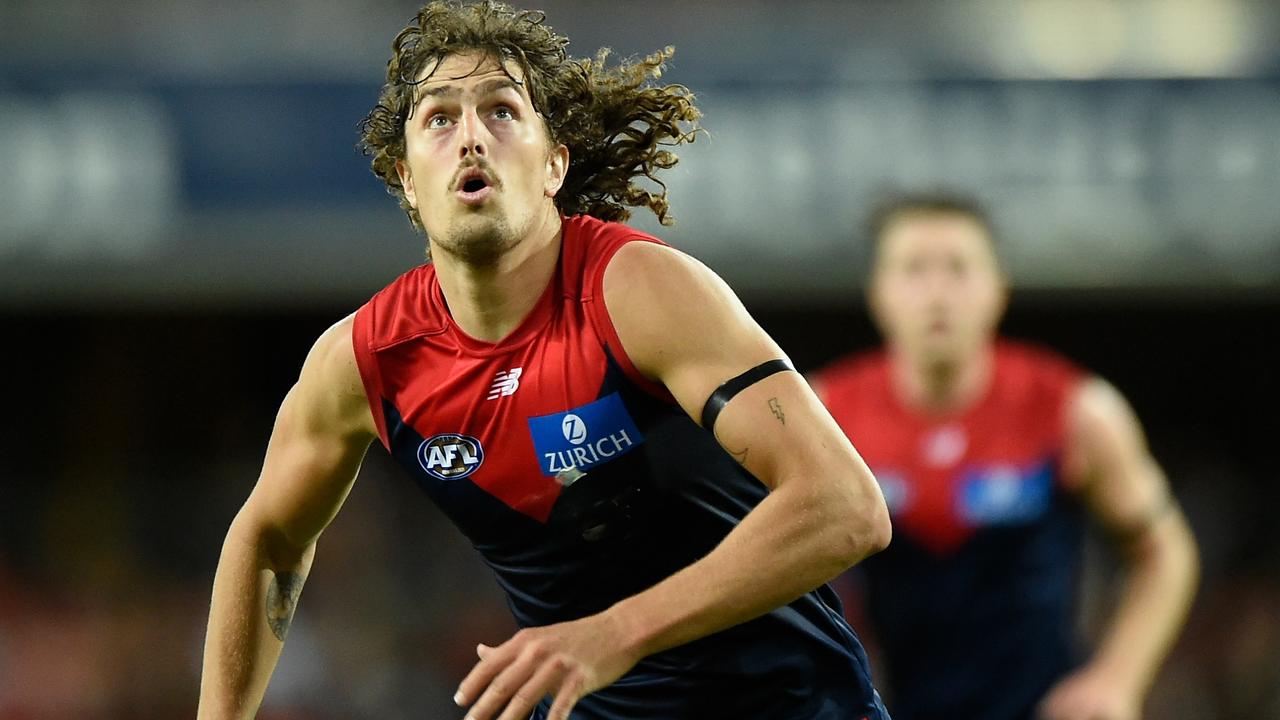 Luke Jackson is completely content to let the early rounds of the season play out before making a decision on his future. Where does that leave the Dees?