Indigenous Sport Month: Kysaiah Pickett opens up on the passing of his ‘old mum’, his culture and his sporting hero

Kysaiah Pickett’s ‘old mum’ helped him make a huge decision which got him to the big time. After her passing, he is determined to continue making her proud.

Young gun Kysaiah Pickett tells Glenn McFarlane his Indigenous culture means everything to him and how the passing of his “old mum” Rebecca last year made him more determined than ever to make her proud.

As he prepares to take on Fremantle on Saturday, Pickett says he couldn’t be prouder of the Demons, having rebranded the club Narrm (the Aboriginal name for Melbourne) for the Sir Doug Nicholls Indigenous Round. GM: What Indigenous nations are you connected with?

KP: I am Yamatji Noongar on my mum’s side from Western Australia, and on my dad’s side I am Ngarrindjeri (from the lower Murray River, Lakes and Coorong parts of South Australia).

GM: What does your heritage and culture mean to you?

KP: It means a lot obviously, I probably carry it everywhere with me. I have got brown skin, so it means a lot to me to be Aboriginal and just to see the amount of little kids who come up to you ... the impact you can have on them. Your little brothers and sisters, I guess, you can have an impact on them and other people around you. Culture means heaps to me. I love to learn about other cultures as well.

GM: What’s the best advice you’ve ever been given?

KP: It might have been when I was 16 or something like that. My Pop was sick. I was playing state (junior teams) and he basically told me I was not even halfway to the AFL. He told me to put everything on the line. He just basically said, ‘Do everything you can to get to the AFL’. I used that. He passed away before the (state) game I played. That (advice) has been with me for a while now.

GM: What does family mean to you, Kozzie?

KP: Family is everything really. Every time I get to play across in WA I have plenty of family come to the games. Everything I do is for them – to see a smile on their faces. I do it for my little nephew, my little brothers and my little sisters, all my siblings and cousins. I just want to give them something to be proud about.

GM: Who put you on the pathway to where you are now?

KP: I guess my “old mum” Rebecca. She grew me up since I was a little kid and when I first came into the AFL, at the start of my second year, I lost her. She led me in the right direction. She made the decision to send me over to Adelaide to live with my uncle Byron – her brother. Since I went over to Adelaide, Uncle Byron has looked after me. They have done everything for me, and my Pop as well. They led me in the right direction. I am grateful for everything they’ve done for me. That’s why I do what I do and that’s why I want to make my family proud. 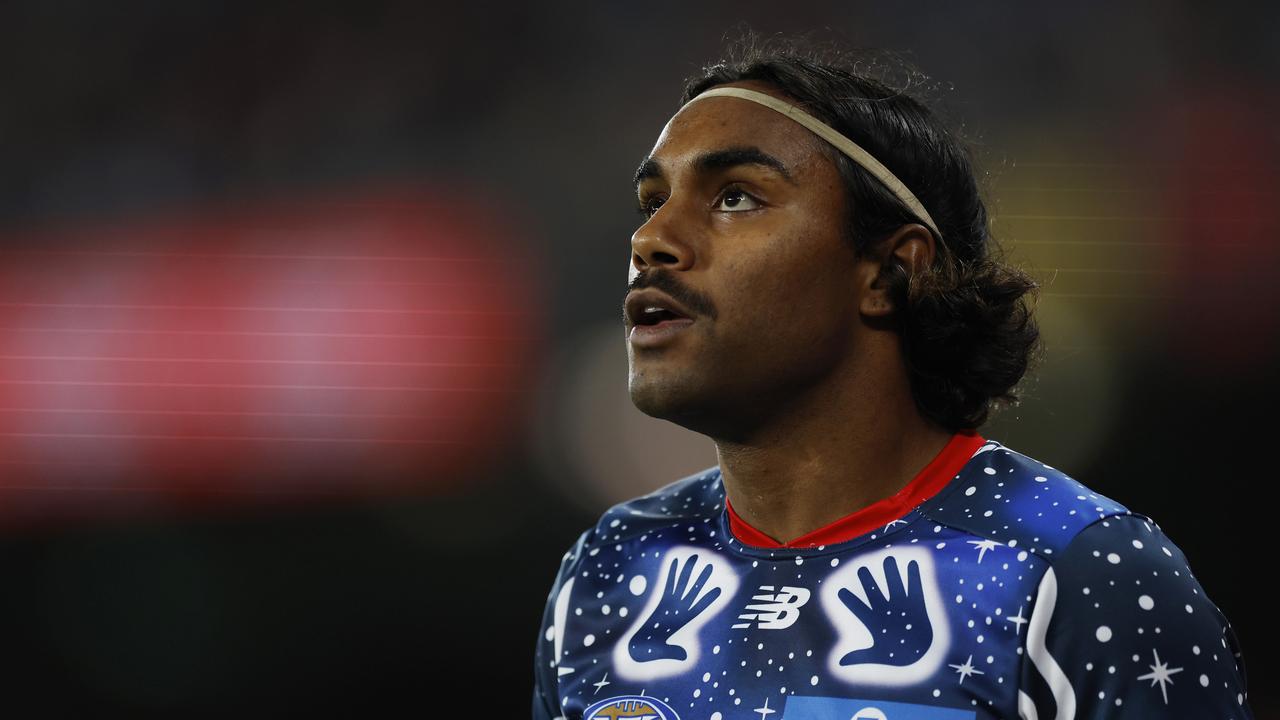 Pickett is driven by of the Demons looks on during the round 10 AFL match between the North Melbourne Kangaroos and the Melbourne Demons at Marvel Stadium on May 21, 2022 in Melbourne, Australia. (Photo by Mike Owen/AFL Photos/via Getty Images)

GM: Who is your sporting hero?

KP: Growing up, I watched a lot of footy. I would have to go with Cyril Rioli (as his sporting hero). I loved everything about the way he played the game. Then you see all of his videos. When he quit, he did his speeches where he said he didn’t really worry about winning awards or anything, he just loved playing footy. That’s the main thing for me as well. I just love playing footy and I just want to make my family proud.

GM: Which Indigenous players do you love watching today?

KP: Of this generation I love watching Shai Bolton, Steven May and Liam Ryan. Those three have got pretty special attributes and are really stars of the game. I don’t have a lot to do with “Maysy” on the field, but he is great at training. He is pretty cool and pretty chilled.

GM: What do you think about Melbourne’s decision to change its name to Narrm during Sir Doug Nicholls Round?

GM: What does it mean to you to be a part of the Melbourne Football Club?

KP: I guess growing up you just dream about playing AFL at the highest level in front of big crowds. When I was taken in the draft by Melbourne, I was completely grateful. It means so much to me. It was a different environment from what I was used to. I am from a little town called Quairading, so it was a life-changing moment to move to Melbourne.

GM: Does your No.36 guernsey hold special significance because of who has worn it?

KP: It really does. You’ve got the great Aaron Davey and you’ve also got Jeffy Garlett. They are both special players. They have got great skills and special highlights. The No.36 is special to me and I guess it is special to the club as well. 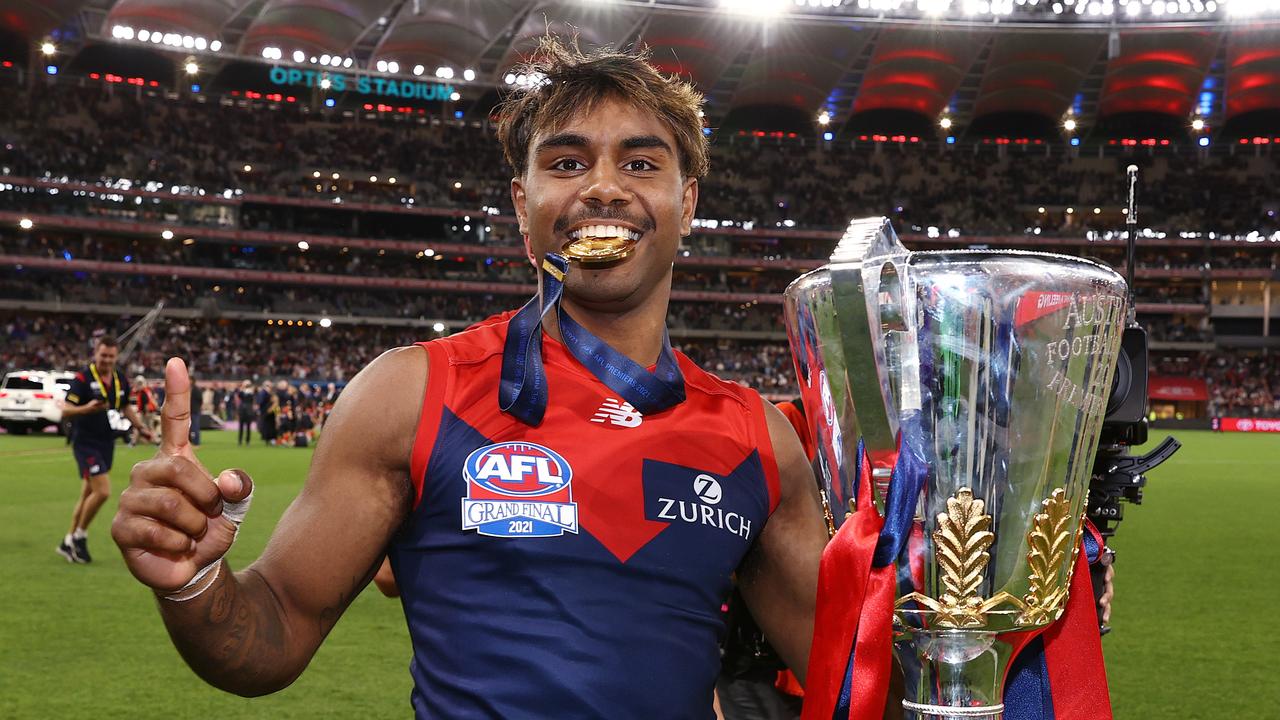 GM: What was your favourite moment of last year’s grand final?

KP: I was on the bench (when the final siren went). My favourite moment was when I sprinted from the bench with four other guys. I was shouting the whole way. I can’t really explain the moment, just sprinting from the boundary and jumping on the pack that everyone had formed. It was pretty special for me and for my family to come to the grand final. It meant a lot for the game to be over in Perth and my family to be there.

GM: What are the key priorities to improve player and leadership opportunities for the next generation of Indigenous athletes?

KP: The main struggle is moving away from home and if you want to make your dreams come true, you have to face your fears. I guess you just need to use the people around you to talk to. For me, that was one of the hardest things as well, moving away from home. But I’ve been lucky to have a lot of Indigenous people around me. ‘Wheels’ (Matt Whelan, the club’s Indigenous project officer) knows Uncle Byron well. If I am going through something, he tells uncle Byron. Wheels keeps me connected. He is basically like an uncle to me at the club and he is pretty important to us Indigenous players. With me being a (young) leader now, it is just about being a helping hand in the communities, which is important.

Narrm is the traditional Indigenous name for Melbourne.

It encompasses the traditional lands of the Kulin Nation, which consists of a collective of five Aboriginal nations; the Wurundjeri, Boonwurrung, Wathaurrung, Taungurung and Dja Dja Wurrung.

Melbourne Football Club’s spiritual home of the MCG is on traditional Wurundjeri land.

Originally published as Indigenous Sport Month: Kysaiah Pickett opens up on the passing of his ‘old mum’, his culture and his sporting hero 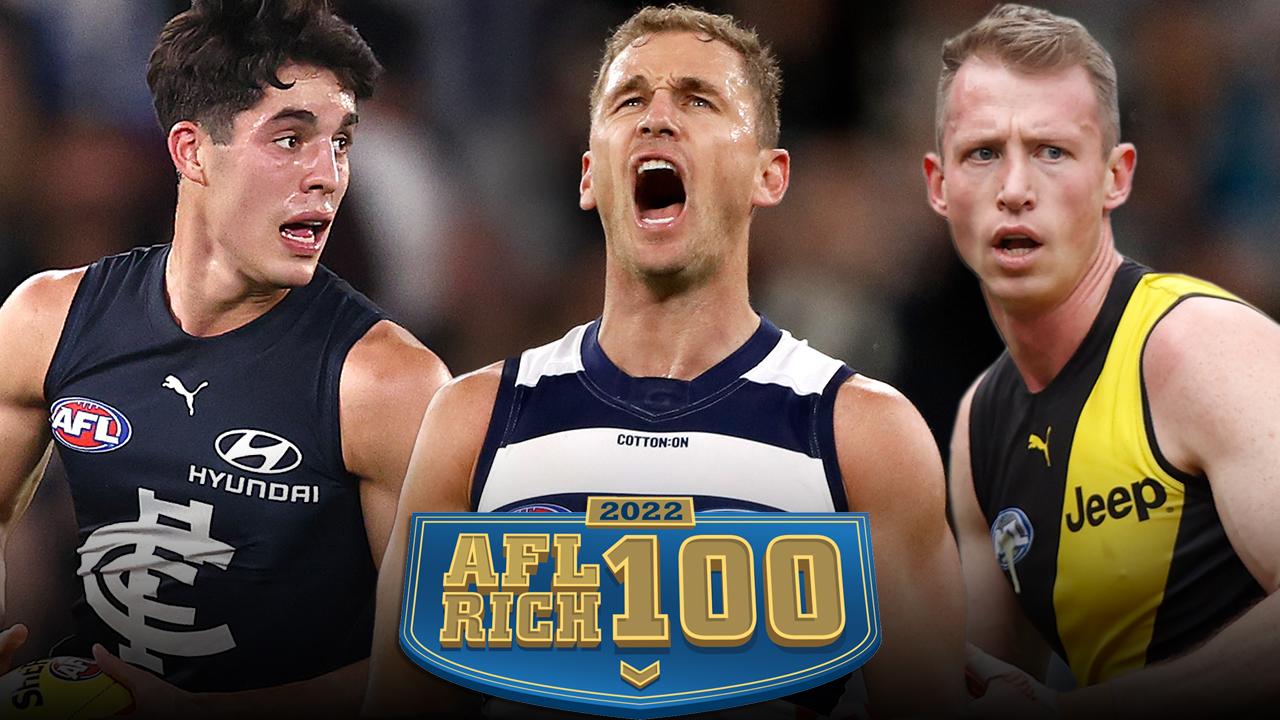