Collingwood are “idiots” for letting Jordan De Goey holiday in Bali on his mid-season break, according to Cats premiership star Cameron Mooney.

Triple premiership great Cameron Mooney has lashed out at Collingwood for allowing Jordan De Goey to travel to Bali, branding the club “idiots” and labelling it the “stupidest decision I’ve ever seen a football club make.”

The Magpies responded to the recent controversy on Saturday, releasing a short statement.

“The Collingwood Football Club is aware of video footage involving player Jordan De Goey that was taken in Bali in recent days,” the statement read.

“The Club will comment further as soon as it is in a position to do so.”

Eyebrows were raised about De Goey escaping to the Indonesian party island on his mid-season break given the last time he went overseas he ended up in a New York jail. The Pies granted their players a 12-day break and had no issue with De Goey travelling to Bali, but Mooney said they were “idiots” for doing so.

“I am staggered the club let him go,” Mooney said on Fox Footy.

“Whatever happens from here, Collingwood it’s on you.

“Eight months ago he was in the US, we know what happened there. He’s come back, he’s playing good footy, the club is playing footy, and now they’ve allowed him to go over there.

“Whether he was going to be stupid or not, just the fact that they let him get on that plane. You’ve made your bed Collingwood, you’re idiots.

“Every player has to tell their club where they’re going in their break.

Mooney revealed that former Geelong two-time premiership coach Mark Thompson knocked back a request from ex-Cat Matthew Scarlett to go on a footy trip in the early 2000s.

“Sometimes a coach has to put his foot down,” Mooney said.

“I think you always get a pretty good indication of someone‘s professionalism and how much they care about their careers when you look at the choices they make,” Riewoldt said on Fox Footy.

“Every player is entitled to go overseas if they want in the break, but it’s a choice. I think in this case Jordan has chosen indulgence over discipline.

“That’s something all clubs are going to look at ... unfortunately it seems to be a pretty regular theme for him that he chooses indulgence over discipline from a football point of view.”

Collingwood badboy Jordan DeGoey is at it again, partying hard in a Bali nightspot while on a mid-season break.

Eyebrows were raised about DeGoey escaping to the Indonesian party island given the last time he went overseas he ended up in a New York jail.

A video has emerged of him in a Bali nightclub which shows him attempting to expose a woman’s breast as she lay on a bar, before batting him away.

He also made crude tongue gestures to the camera mimicking a sexual act.

DeGoey was also filmed in his element, carving up the dancefloor with two blondes to Michael Jackson’s Billie Jean and Cyndi Lauper’s Girls Just Want To Have Fun.

Collingwood is aware of the video but when contacted had no comment to make on Friday.

The Pies have granted their players a 12-day break and had no issue with De Goey travelling to Bali.

Despite a $10,000 donation as part of an AFL sanction for conduct unbecoming after his New York incident, as well as a club-imposed alcohol rehabiltation program, it’s understood De Goey has not placed a booze ban on himself.

The club has not banned him from visiting nightclubs.

They have placed trust in their players to behave across the mid-season break before they return to the club to take on GWS on Sunday week.

DeGoey’s manager Ryan Vague told the Herald Sun he had seen the nightclub footage and his client had informed the club of the trip.

“No issue from the club. He’s continued to train whilst on his mid-season break over there and is focused on the rest of the season,” Vague said.

De Goey had seemingly been a model of good behaviour, training with the local Bali AFL team, partaking in padel tennis, the new Bali sporting craze and indulging in a deep tissue massage on Thursday. 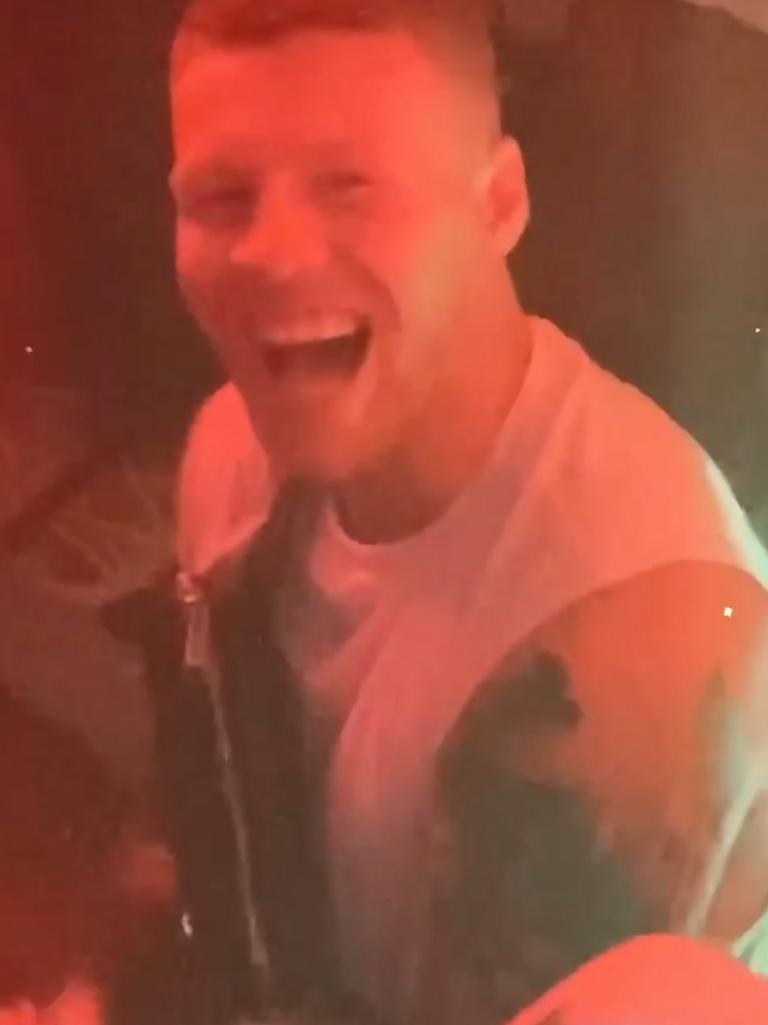 Earlier in the week AFL commentator Kane Cornes hit out at DeGoey’s Bali escape, calling it a “stupid” decision given his turbulent summer. Cornes told SEN radio the out-of-contract star could be “sucked into temptation.”

Local resident and former Essendon Premiership player Rick Olarenshaw said De Goey had spent time on the Indonesian island some years ago for a short training trip during pre season and came back for more.

“People love to judge him, but he is just behaving and training and getting in some sun and R and R.” De Goey is on a mid-season break in Bali. Picture: Instagram 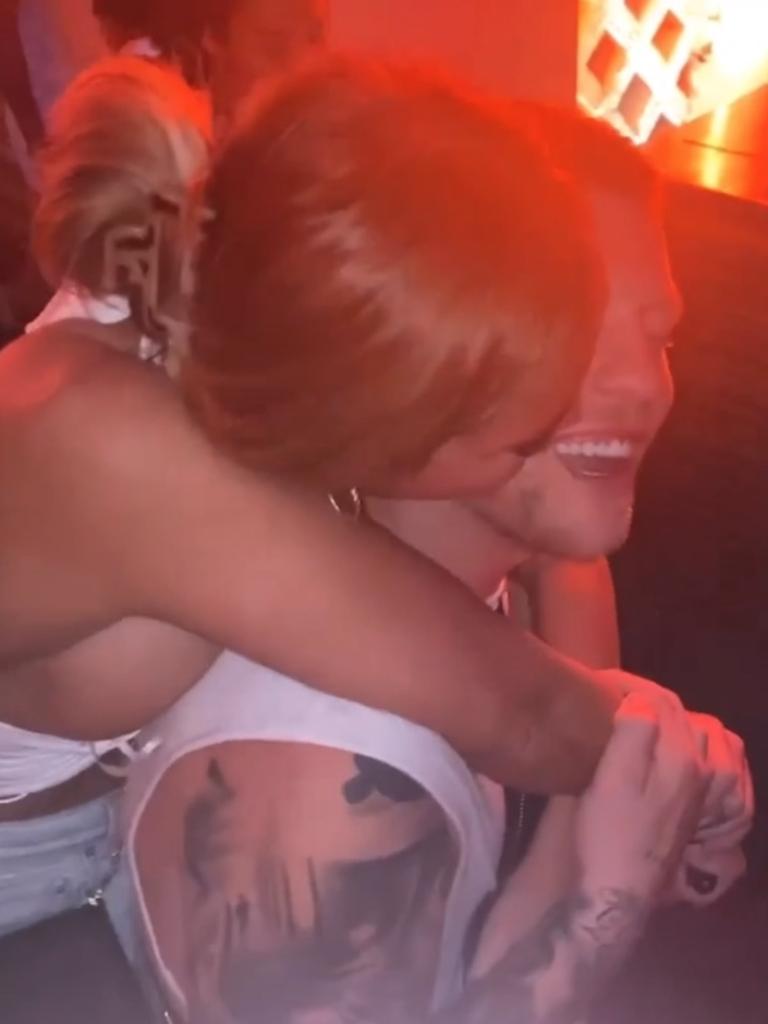 On Wednesday De Goey had a light training session with local AFL team the Bali Gecko’s who were also sore after competing in the annual Bali Masters on the long weekend.

“It’s rare for a current player to come mid season but the players loved seeing him,” Olarenshaw said.

“Unlike some ex players who come and can be a bit arrogant or stand offish, Jordan was really enthusiastic and jovial. It was a great ambience.” De Goey gets a huge from his mystery squeeze.

Thursday was spent getting a deep tissue massage at Olarenshaw’s Canggu massage parlour.

In October last year the 26-year-old was arrested in New York after a late night scuffle at Chelsea’s exclusive Dream nightclub.

He was immediately stood down by the Magpies and was forced to train away from the club for several months.

De Goey’s US plea deal: What he must do nowDe Goey cops fine, whack from AFL over nightclub stoush

In January DeGoey was cleared of serious charges, pleading guilty to a harassment violation which required him to do ten therapy sessions concentrating on anger management and alcohol treatment.