MRO Michael Christian has handed down his ruling over Lance Franklin’s contact with a central field umpire, while a decision on a key Hawk’s front-on hit on a Swan has been reached.

Lance Franklin has dodged any penalty for umpire contact after the league ruled he made only incidental contact with an official during the Swans’ victory over Hawthorn.

Franklin was attempting to take advantage after a free kick when he brushed into the umpire, but immediately patted him on the back as an apology.

The match review panel judged Franklin made “incidental contact with umpire (Paul) Rebeschini who is simultaneously approaching from the opposite direction to set the mark”. 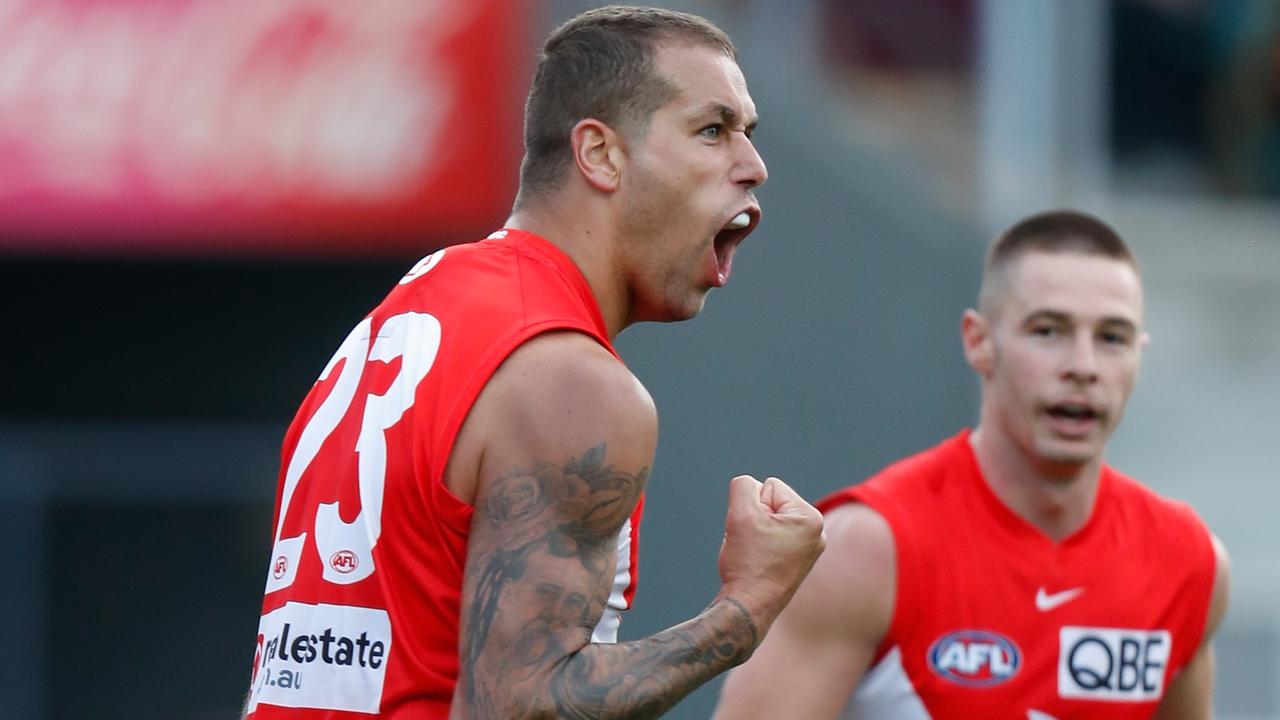 The AFL said the contact did not constitute a reportable offence, with Franklin free to play against Brisbane next week.

Hawthorn’s Jaeger O’Meara escaped with only a $2000 fine despite a forceful front-on contact charge against Sydney star Callum Mills.

O’Meara’s hit which saw Mills awarded a free kick was judged low impact, careless and high contact, as he bowled over the Sydney midfielder as the players contested the ball.

Mills reached for the ball as it was in dispute on the ground but O’Meara instead bumped his Sydney opponent with a hip to the head.

Lance Franklin accidentally made contact with a central umpire in Launceston on Monday in the Swans’ 41-point come-from-behind win over Hawthorn and could face a nervous wait until the Match Review Officer sits on Tuesday.

Franklin bumped into Paul Rebeschini as the 1000-goalkicking champion looked to play on after a free kick was awarded to Sydney teammate Peter Ladhams.

The challenge for MRO Michael Christian will be determine if Franklin could have done anything to avoid the contact.

The incident happened with 17 minutes remaining in the third quarter of the clash between Sydney and Hawthorn in Launceston.

Swan playmaker Callum Mills drove the ball into Sydney’s forward line and after a pack flew for the mark, Rebeschini awarded Ladhams a free kick.

As the ball spilled to ground, Franklin scooped it up and looked to play on, but as he was about to burst away for a shot on goal Rebeschini again blew his whistle to stop play.

This was the moment that Franklin’s momentum saw him unintentionally bump into Rebeschini with his shoulder to the umpire’s chest. 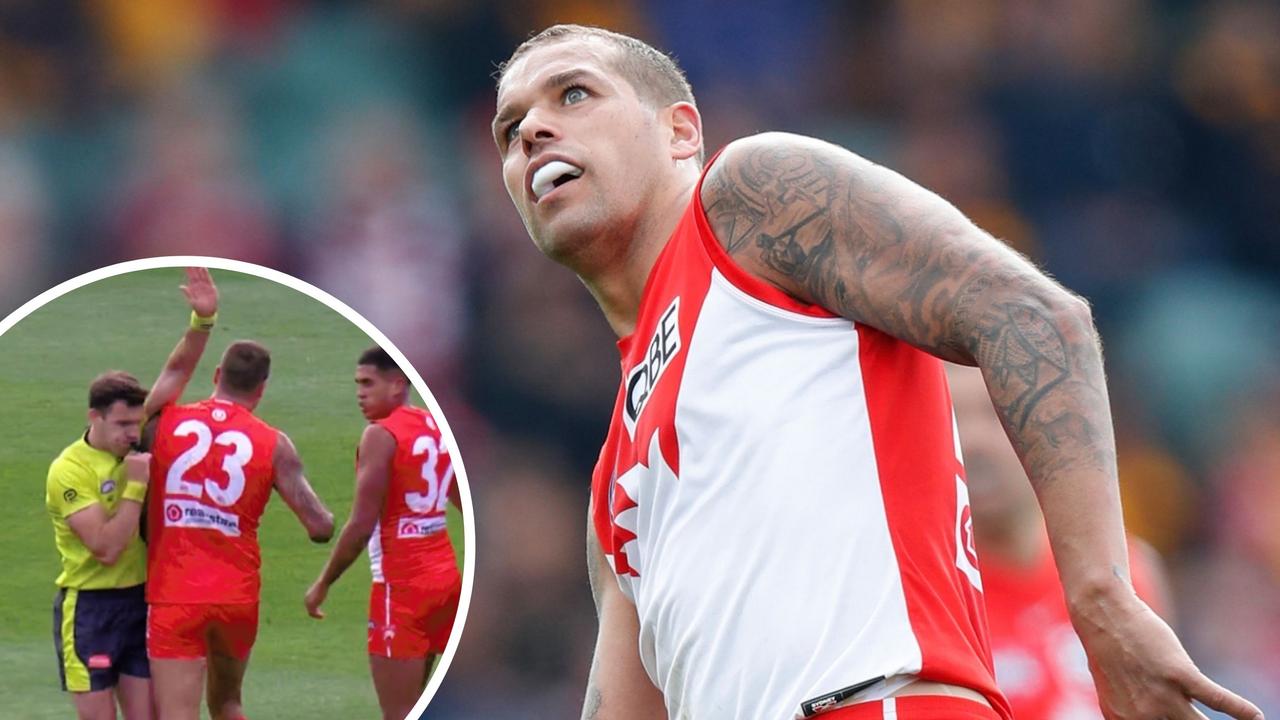 Franklin, who kicked three goals, put up his hands by way of an apology and Rebeschini did not flinch after the contact.

Fox Footy commentators Dermott Brereton and David King did not make comment at the time about Franklin’s actions being against the rules.

“If that umpire is not there, he (Franklin) is going through and relying on the play on advantage (to kick a goal),” Brereton said.

Franklin’s actions came at the same ground that Giant Toby Greene copped a six-week ban for his ump bump on Matt Stevic during last year’s elimination final win over Sydney.

Green’s actions happened during three-quarter time and it was ruled to be intentional.

The pair haven’t lined up on each other since they were drafted in 2015 and were poised to finally do it on Saturday night at Marvel Stadium but Michael Christian has put that grudge match on hold.

However, Harry is no certainty to come up for the match either after suffering a knee injury in the Blues loss to Fremantle. Harry and Ben McKay will have to wait for their first match-up. Picture: Rob Leeson.

The reigning Coleman Medallist struggled throughout the game managing only three disposals, no marks and one goal.

There was much hype last year with the match-up set to happen in Round 19 last year before Harry pulled out with injury the day before the match – the second time that had happened.

The brothers have been known to trade sledges over social media with Ben declaring last year he wouldn’t play on his brother when the teams met because “I normally take the best forward so probably Levi (Casboult)”.

Harry hit back, declaring he could “sew up the Coleman” if Ben was his opponent. 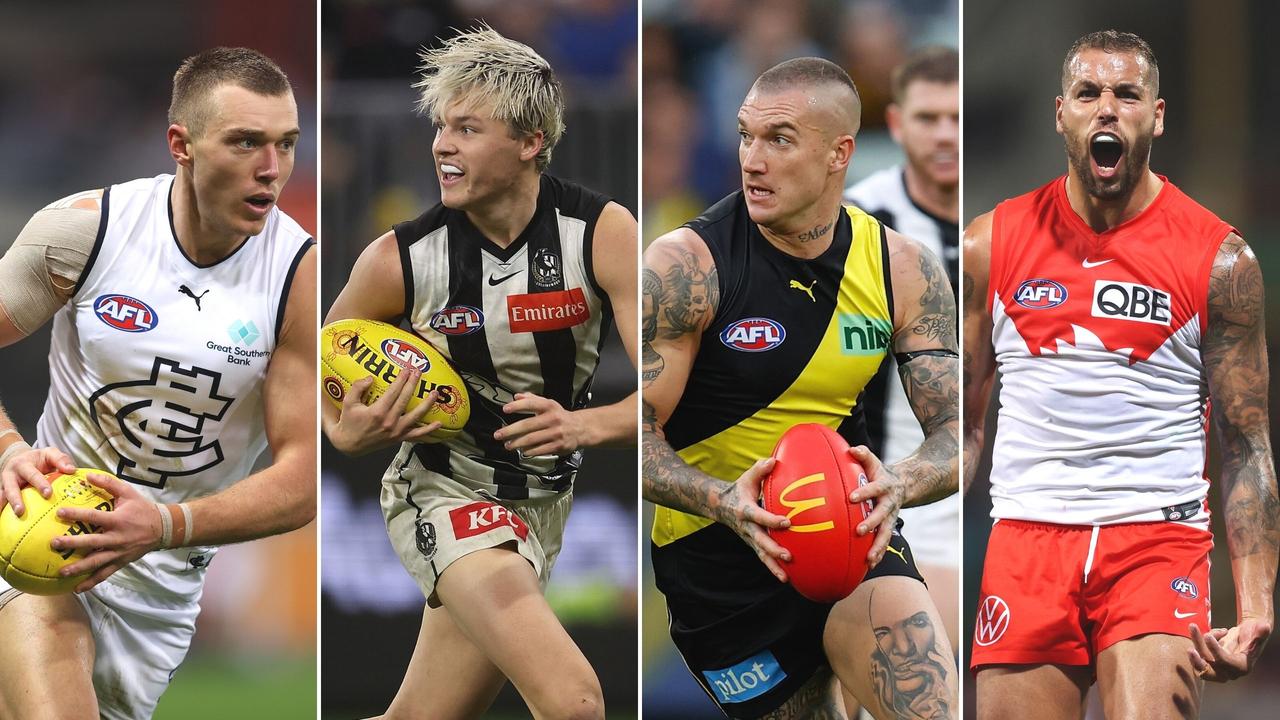