Mark Stevens is on the move again, while Robbo is set for a big change to his radio commitments. Get the latest footy media gossip in our new Media Street Column.

Stevens only recently returned to the small screen with Sky News after a brief stint in politics where he was media manager with the Victorian Liberal Party.

His latest move sees him move to radio station RSN where he will be AFL editor and senior producer of ‘The Breakfast Club’ which is hosted by former AFL star Daniel Harford and experienced broadcaster Adam White.

Stevens has previously been a contributor to the show and also worked extensively on radio with Triple M during his football reporting days.

He is also understood to be working on a book project.

Stevens spent almost a decade at Channel 7 after 14 years at the Herald Sun with his venture into politics catching the media world by surprise. The mad Western Bulldogs fan was appointed by Michael O’Brien but when the former leader was toppled, it sparked a party-wide staff shake-up with the latest recruit caught in the crossfire.

While he was offered a role in Matthew Guy’s office, the 51-year-old decided to return to TV late last year with Sky News.

The appointment of Stevens is part of an exciting restructure of RSN which was recently purchased outright by Racing Victoria.

It will be a part of RV’s new integrated media business which includes its own television channel on the Seven network, Racing.com. Former Fox Sports boss Peter Campbell was appointed the inaugural CEO of the new venture in July last year. 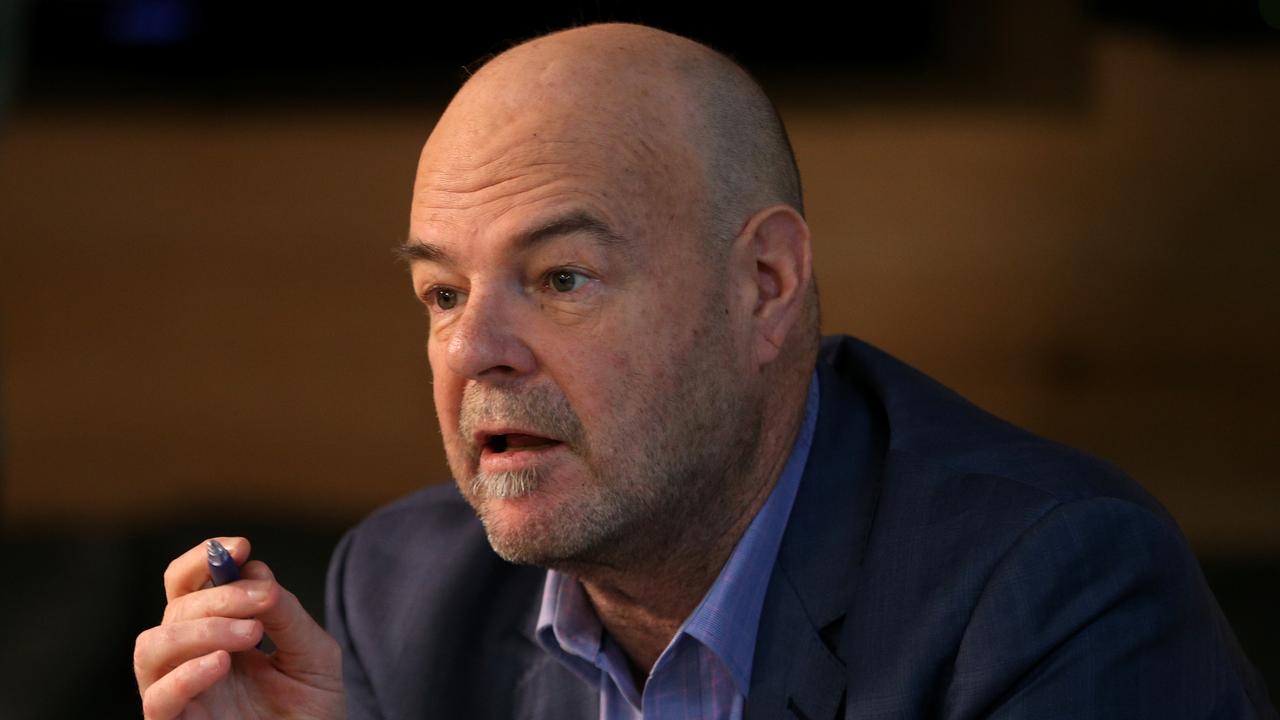 Robinson will move from Sundays to be a part of the Friday night coverage alongside AFL legends Leigh Matthews, Matthew Lloyd and Tim Lane.

He replaces his Herald Sun teammate Michael Warner who is stepping away from radio to concentrate on his new investigations role with the newspaper.

Robinson was part of the successful ‘Sunday Sport’ show with Brownlow Medallist Jimmy Bartel and Carlton’s AFLW coach Daniel Harford. The station is reviewing what it will now do with the Sunday afternoon pre-game slot. For many too much Front Bar is never enough.

It seems Channel 7 are certainly milking the popularity of the sports show by bringing in a three-week all sports special.

Mick Molloy, Sam Pang and Andy Maher will be back behind the bar next Wednesday for the series which will dive deeper into the world of sports.

During the AFL off-season the team has wheeled out some shows for the cricket and Winter Olympics.

“Expanding to all sports for a few weeks has been nice, because after two years of lockdown, it’s been great to sit on the couch and watch different sports all day,” Molloy said. “I’ve missed that.” Inside the footy redemption of Tyson Stengle

Tyson Stengle’s career could easily have been over when he was sacked by Adelaide. But the guidance of an AFL legend and the love of his wife helped him earn a shot at redemption. Port Adelaide has to decide if Charlie Dixon returns this week but Sam Powell-Pepper says all his Port teammates walk taller with the veteran in the side.