NAB League Top 50: Rankings and SuperCoach points from Round 4

Some of the top prospects for this year’s AFL Draft are posting incredible numbers in the NAB League. See where the top-50 sits after four rounds.

A top AFL Draft prospect who looks up to Greater Western Sydney star Toby Greene has produced a monster NAB League game that is unrivalled so far this season.

Sandringham Dragons forward Harry Sheezel led his side to a thumping 72-point victory over Tasmania Devils on Saturday and collected a whopping 237 KFC SuperCoach ranking points in the process.

From Sheezel’s 28 disposals he kicked 6.2, had six score assists and logged 17 score involvements.

That was in addition to five marks, six forward-50 ground ball gets and five tackles.

A member of the NAB AFL Academy this year, Sheezel spent most of his junior football at AJAX playing as an inside midfielder but impressed as a forward during an under-15s interleague game and stayed there.

You can live stream this Sunday’s Round 5 NAB League clash between Tasmania Devils and Northern Territory Thunder from 1pm. Find all the details HERE

The Hawthorn supporter now looks up to Greene, as well as first-year Adelaide sensation Josh Rachele.

“I think it (forward) is my best position, but I’ll look this year to play a bit more midfield just to show that I can play multiple positions and maybe pinch-hit in centre bounces and then roll forward,” Sheezel told News Corp recently.

“I think I’m pretty crafty. I think my execution and my decision making are my best traits. And my natural goal sense and diversity. I can mark in the air and also win it at ground level as well.”

Sheezel is slightly taller than Greene at 184cm, has good agility and strong endurance.

Along with his Dragons commitments, he is playing school football for Mount Scopus Memorial College this year.

Sheezel’s teammate, Charlie Clarke, also had a day out for the Dragons on Saturday as he booted seven goals to collect 178 SuperCoach ranking points. Toby Murray impressed for the Murray Bushrangers on the weekend. Picture: Getty Images

One familiar name to shine over the weekend was Murray Bushrangers forward Toby Murray, who is the brother of former Collingwood player Sam Murray and current Adelaide rookie Nick Murray.

A 198cm key forward who can also go into the ruck, Murray recorded 21 disposals, five marks, 16 hit-outs, five tackles and kicked two goals for a total of 165 ranking points in his side’s win over the Northern Knights last Friday. Nick Madden has impressed recruiters with his start to the year in the GWS Academy side. Picture: Getty Images 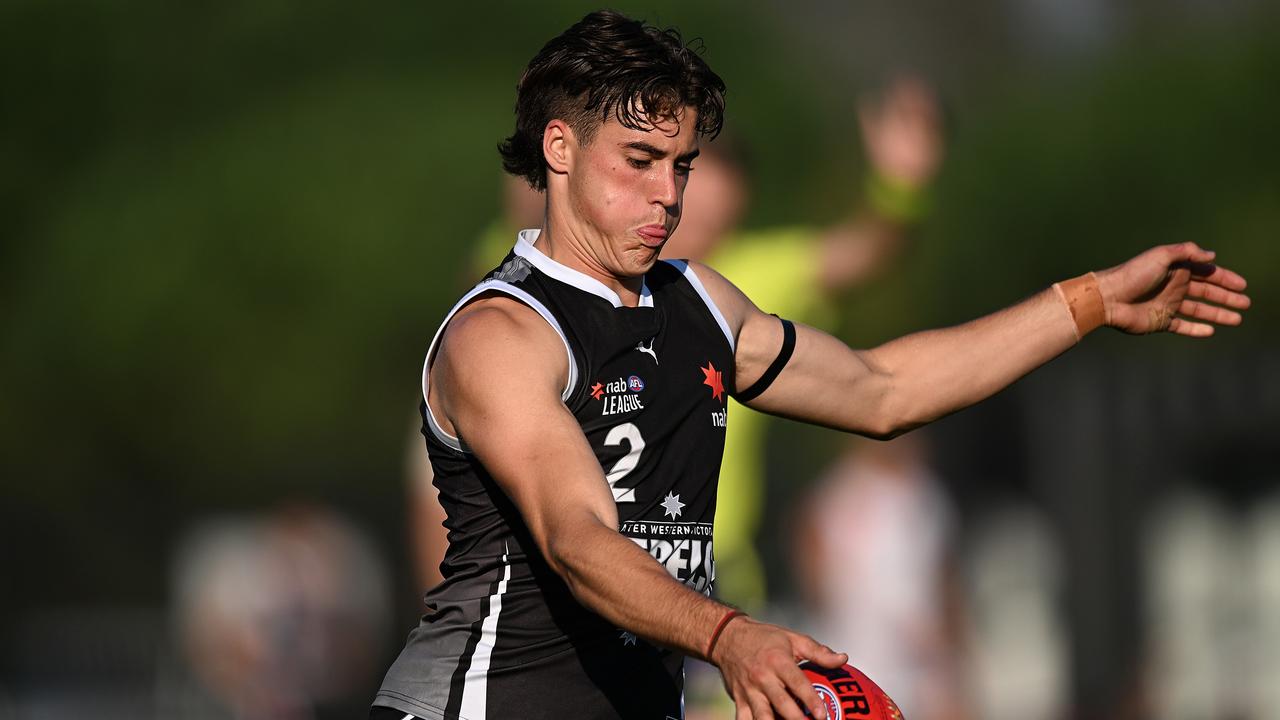 NAB LEAGUE TOP 50 RANKINGS AFTER ROUND 4

Originally published as NAB League Top 50: Rankings and SuperCoach points from Round 4