SEASON PREVIEW: A star is about to be born at North Melbourne and, for the first time in years, there is genuine hope at Arden St. Are the Roos on the verge of being an AFL force? Many predicted North Melbourne to finish with the wooden spoon in 2021 — and many turned out to be correct.

Although, and with apologies to former Carlton coach Brendon Bolton, there were some green shoots to come from a challenging year.

The Roos were able to arrest a horrendous start to the year, when they lost their first four games by an average of 70 points, to finish with four wins.

It doesn’t sound like much, but, with a new kid in Jason Horne-Francis in town and high expectations of their improving young guns, is North Melbourne set for a Noble rise in 2022? 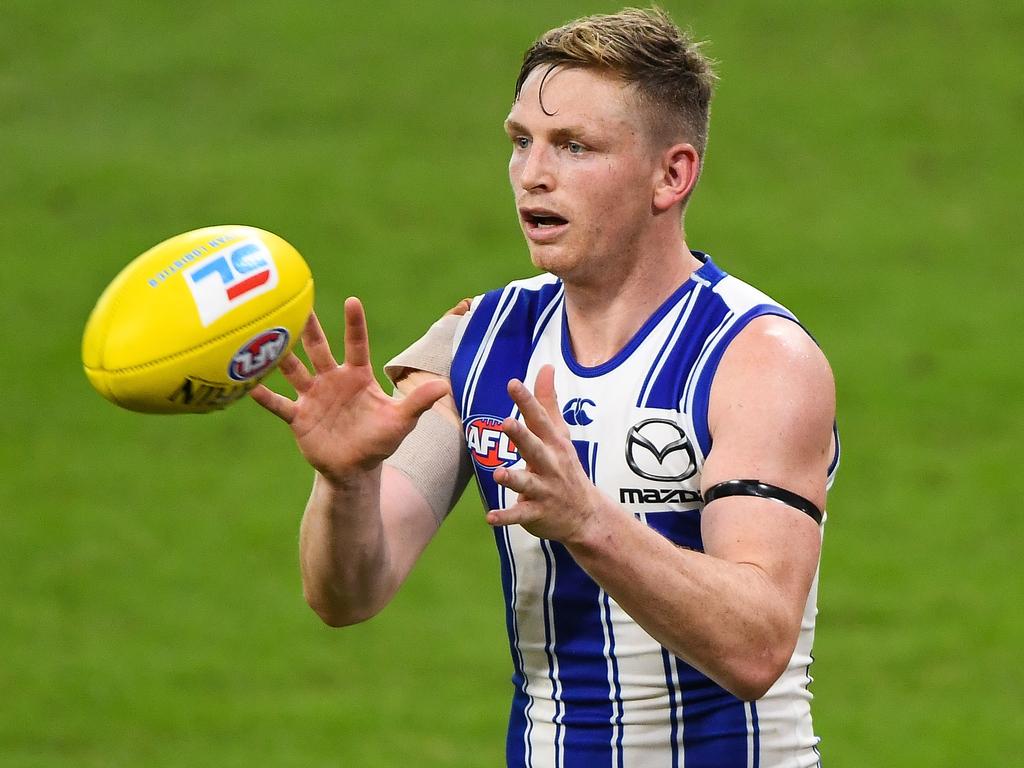 The Roos’ rebuild is set to take some time, and after 2021 they’d be looking at chalking up six to nine wins next year. Avoiding a second successive wooden spoon will be their first priority, and there was enough to suggest in the back-end of 2021 that they should be able to achieve that off the back of the development of the likes of Tarryn Thomas, Luke Davies-Uniacke and Nick Larkey coupled with the talent of Jy Simpkin, Tom Powell and Cam Zurhaar. Not to mention the shock last-minute acquisition of Hugh Greenwood from Gold Coast this month. Although, the loss of defender Robbie Tarrant to Richmond has to sting and sting hard. Can Will Phillips take a big step in 2022? Picture: Michael Klein

He hasn’t played a senior game yet, but there is already plenty of buzz circling around No.1 pick Jason Horne-Francis, who respected recruiter Scott Clayton recently labelled “as good as any No.1 in years.” It comes off the back of an outstanding 20-game season in the SANFL. In the preliminary final against Glenelg, he kicked three goals from 24 disposals, which included 18 contested possessions, 11 clearances, 10 score involvements and 160 Champion Data ranking points. It is little wonder why the Roos reportedly knocked back two mammoth rival-club offers for its Pick 1. Known for a fearless attack on the ball in the style of a young Mark Ricciuto, Horne-Francis will have every chance to push for a Round 1 debut. 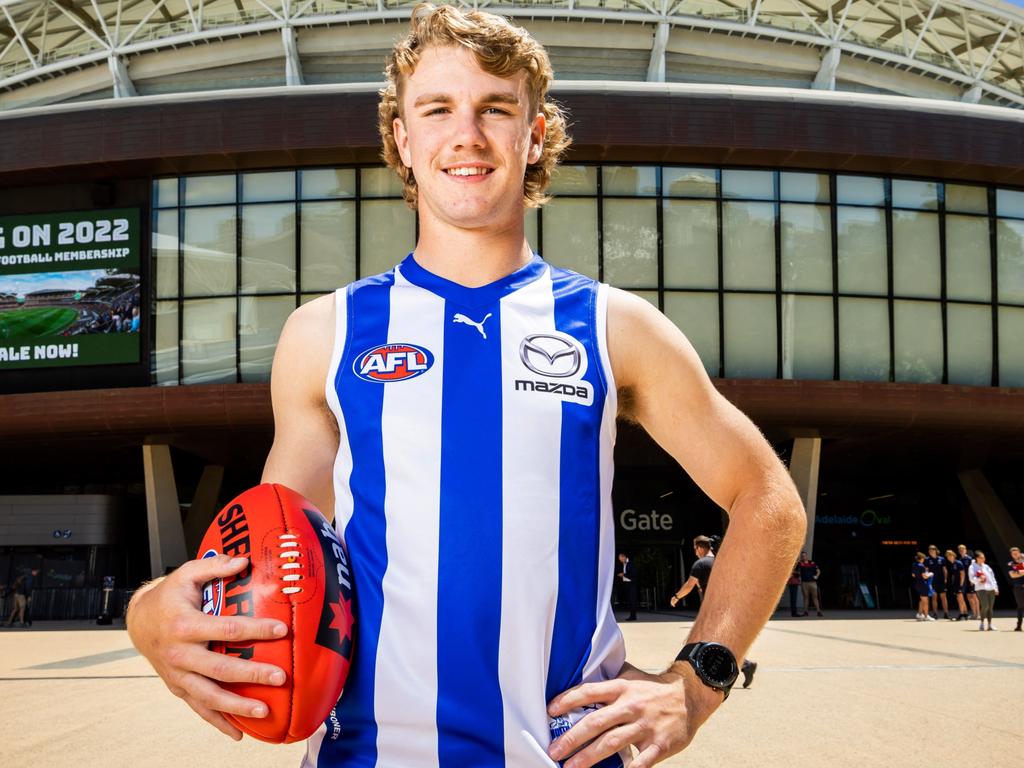 Jason Horne-Francis is the talk of the town at North Melbourne. Picture: AFL Photos/Getty Images

It was a shaky start for new coach David Noble in 2021. The first two months of the season were horrid and at one stage people were wondering whether the Roos might go for the year without notching up a win. But victory did come in Round 9, and they’d go on to record another three wins for the year. The second half of the season was far more promising as players started to get their head around Noble’s game plan and they began to hit the scoreboard more consistently. Noble is on a rolling contract rather than a fixed deal and needs his side to show some tangible improvement in 2022. Still safe, but he wouldn’t want another bottom placed finish. Jy Simpkin raised his game to the elite level in 2021. Picture: Michael Klein

FIRST SIX GAMES AND HOW MANY THEY WIN Despite threatening to withdraw a $150 million offer just 24 hours earlier, the Tasmania Government could step up its negotiations with surprise new deal in its push for a 19th licence. 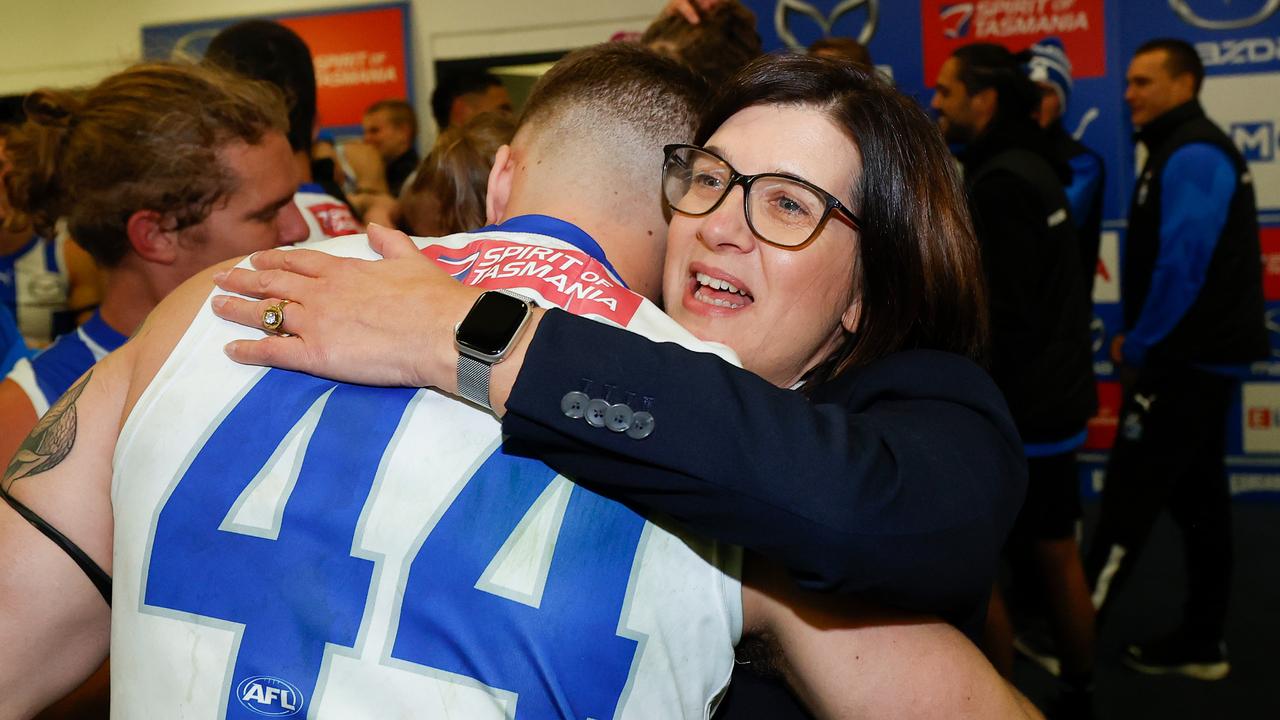 Why Williams is the perfect man for North

As North Melbourne ramps up its search for David Noble’s replacement, a coaching legend says Mark Williams is perfect for the Roos. Here’s why. Roo ratings: The list mess North’s next coach must fix

David Noble paid with his job but how would another coach have fared with North Melbourne’s list? Chris Cavanagh on the monumental job facing the Roos’ next coach.