All you need to know in the lead up to the first of three AFL matches on Kayo this Sunday (26 June), between North Melbourne and Adelaide Crows, including news updates, past history plus when and how to watch live. After an unsuccessful trip to the Gold Coast last Sunday, Adelaide venture to Hobart to play the struggling Kangaroos.

This will be the 17th team’s third match in Hobart this season with one more to come against Hawthorn.

Unlike North Melbourne, Adelaide did not have the bye last weekend and was hammered by Gold Coast 116 to 73.

Second-year forward Riley Thilthorpe will miss the match with an injured ankle. However, there is no stopping star midfielder Rory Laird despite some soreness.

What time is Kangaroos v Crows? How can I watch more Kangaroos and Crows matches?

INCLUDING the soreness that won’t stop Adelaide star, Friday night winners in the next fixture reveal and early mail for round 15. 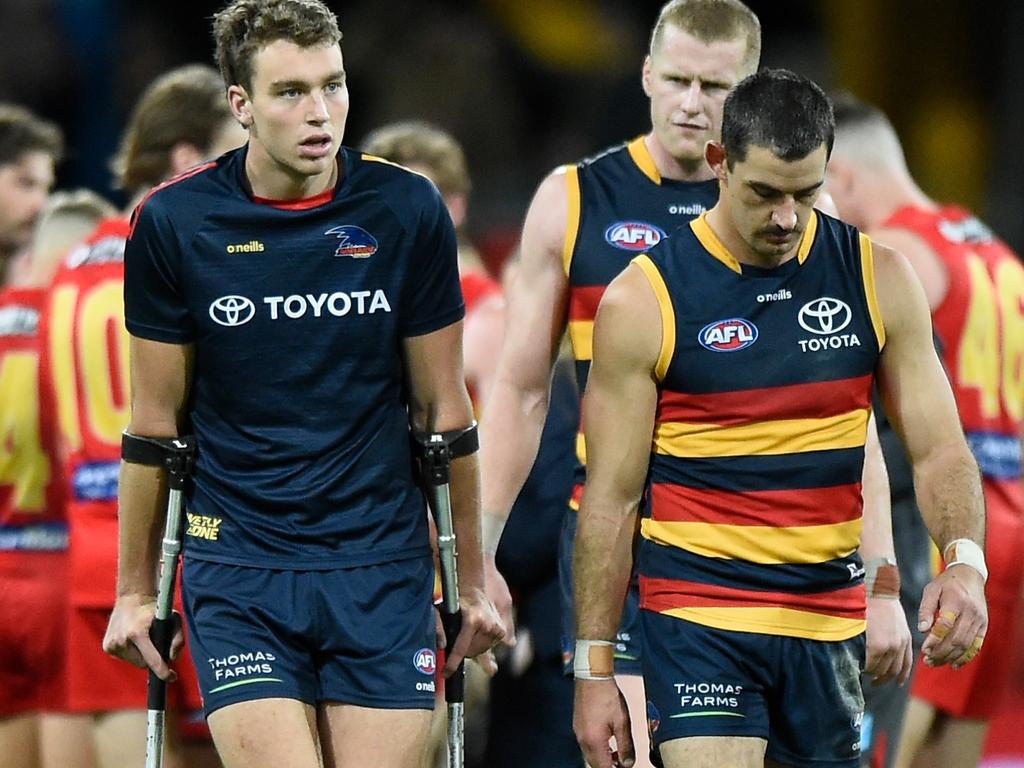 History between Kangaroos and Crows

Adelaide last played North Melbourne at Hobart’s Blundstone Arena in round seven, 2017. On that occasion, it was the Roos who won 145-86 in the same year Adelaide went on to make the Grand Final.

All the ins and outs for the first match of Sunday in Hobart: North Melbourne’s Jason Horne-Francis finds himself in the middle of a storm over his AFL future. Fellow No.1 draft pick Tom Boyd tells DANIEL CHERNY what he learned from a similar saga. Cameron Mooney regrets the early years of his career believing he didn’t work hard enough to make the most of his talent. He opens up in the Sacked Podcast. AFL preview and how to watch: Kangaroos v Giants

All you need to know in the lead up to the only AFL match on Sunday 13 June, the Kangaroos v Giants, including news updates, past history plus when and how to watch on Kayo.