Patrick Dangerfield is being hailed as a hero after he helped rescue a family, including an 11-year-old girl, stuck in a dangerous rip.

Patrick Dangerfield is being hailed as a Moggs Creek hero after helping rescue a family struggling in the water as they were dragged out to sea by a heavy rip.

The Geelong star was sitting on the beach with family on his first day out from Covid quarantine and spotted the trio 100m out the back of the Moggs Creek surf.

He told the Herald Sun on Monday morning the trio, including an 11-year-old girl, were exhausted and struggling given the size of the surf and a powerful rip.

After being alerted by a fellow beachgoer, Dangerfield paddled out on his surfboard and helped the family stay afloat as they attempted to swim around the rip.

Finally as they made little headway Fairhaven lifeguards on jetskis helped them to safety after being alerted to their struggles by a rescue helicopter. 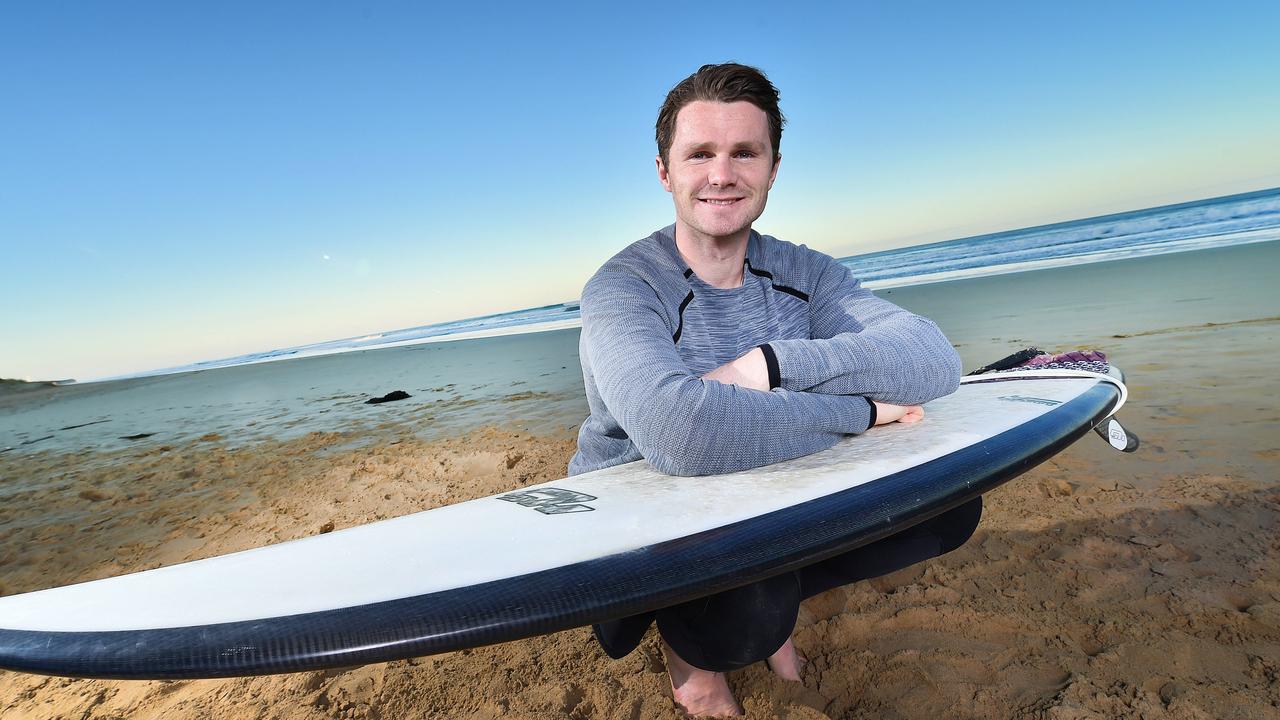 Dangerfield told the Herald Sun his role as the unlikely rescuer came about while he was sitting on the beach with his family.

“I was just on the beach with the kids and a lady came over and said, “I think some people are struggling in the water”. It was a mum and daughter and another lady,” he said.

“They were a fair way out to sea. I paddled out and we were there for 15 minutes. A helicopter flew over the top of us as we were trying to paddle back. They were holding onto my leg rope as we paddled back in. Then Sea Rescue from Fairhaven came up with jetskis and took them back in to the beach. It was a bit hairy. It was a decent swell so it was one of those things. It was pretty big surf, it was pretty hairy.

“They were out for a good half an hour and it took me a few minutes to get out, we paddled for 15 minutes trying to go laterally to the rip. They had been trying to paddle against it and they were buggered, they had paddled for a while. Then when I saw the chopper overhead I knew it would be all right. They were quite lucky, the young daughter was absolutely exhausted. If we didn’t have those guys (lifesavers) there, it could have been far worse. They were very lucky.” 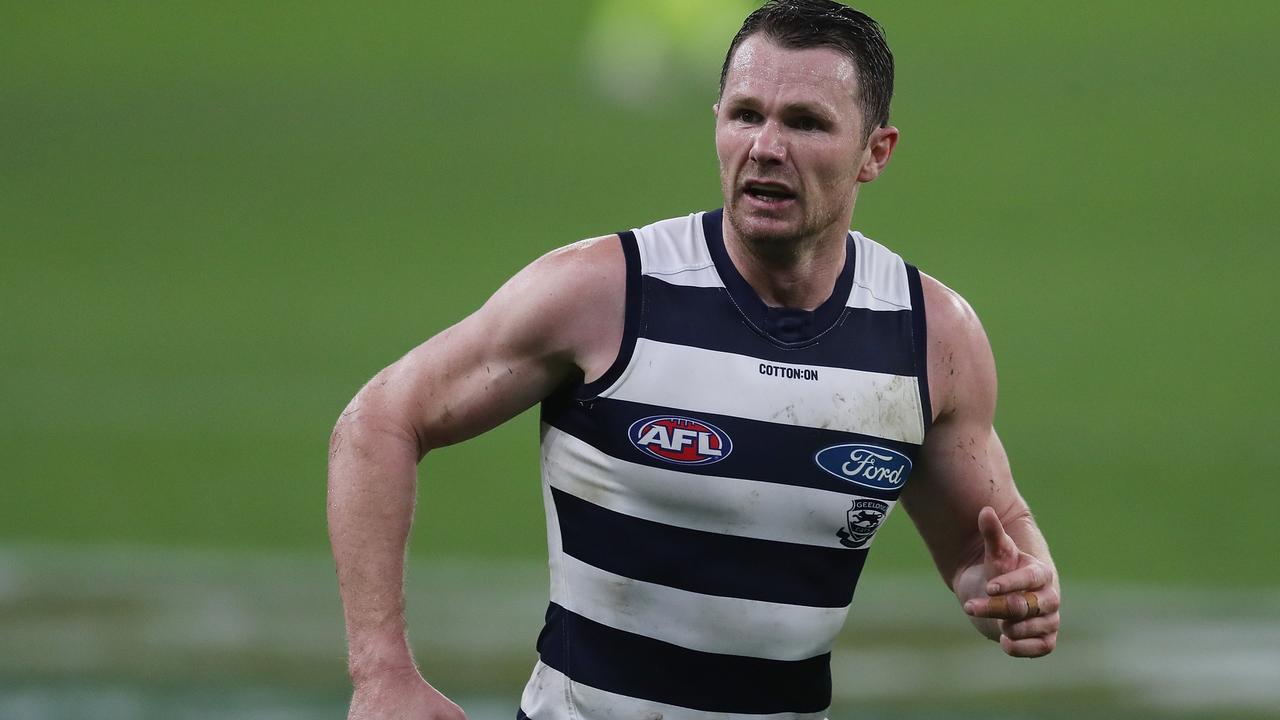 Victoria police said in a statement on Monday the 11-year-old girl was attended to by paramedics but was not injured.

“Police and emergency services were called to Moggs Creek after reports a group of swimmers were in trouble about 11.55am on Sunday, 20 February,” the statement said.

“A member of the public witnessed the incident from the shore and rescued an 11-year-old girl by placing her on his surfboard.

“The girl was checked over by paramedics at the scene but no one was injured.”

Dangerfield and his family returned to Moggs Creek from Adelaide to play for Geelong in 2016, with Patrick and Mardi building a new home in the Surf Coast township.

Geelong will attempt to win what would be Dangerfield’s first premiership this season with an ageing but elite squad after falling to Melbourne in the preliminary final last year.