Ken Hinkley is not keen to speak about his future with his side barely clinging to finals hopes. Picture: Sarah Reed/AFL Photos via Getty Images

Richmond’s recent draw against Fremantle is all that separates them and a top eight spot, with Port Adelaide’s faint finals’ hopes all but flickering in the wind, and speculation circling their coach’s future, leading into Saturday.

Three rounds remaining and the Tigers are so close. A comeback of more than 40 points against higher ranked Brisbane Lions at the MCG last Sunday kept them within touching distance of the top eight.

Noah Cumberland’s form in the last month follows Richmond’s rollercoaster, being dismissed as finals contenders to back in the game. Richmond’s last five weeks look like this: win, loss, loss, draw and win.

One of those losses coming against North Melbourne of all teams. 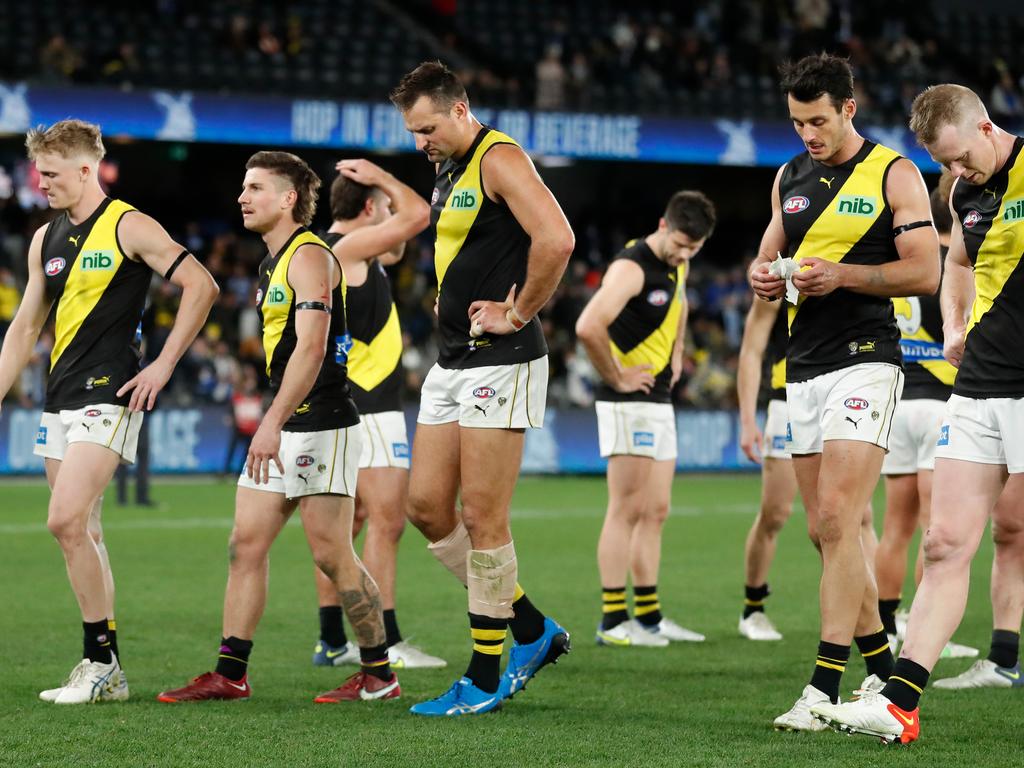 A dejected Richmond after that loss to North Melbourne in mid-July. Pictures: Michael Willson/AFL Photos via Getty Images

Port Adelaide need close to a miracle to remain relevant as a finals contender. Starting Saturday, they need to win all of their remaining three matches and hope the teams above them fall like the skaters who gave Steven Bradbury his gold medal 20 years ago.

Add to that a speculation around their coach Ken Hinkley and there is plenty to contend with.

The clock is ticking on the fitness of Dustin Martin ahead of finals – if the Tigers get there – and the three-time Norm Smith Medallist is 2-4 weeks away with his hamstring.

What time is Power v Tigers? CODE Sports has the latest news and analysis from around the AFL.

History between Power and Tigers

Since their inception in 1997, Port Adelaide have won 20 of the 36 matches played against Richmond, but lost by 12 points in this season’s first meeting at the MCG. 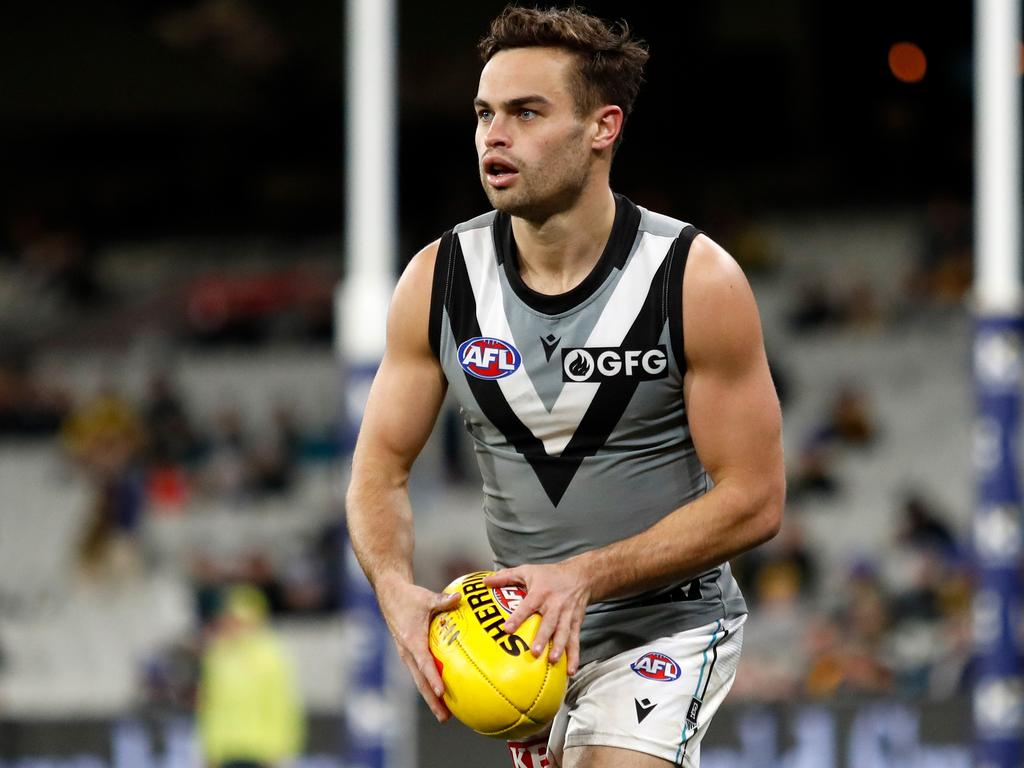 Karl Amon led the disposals on the losing side of the ledger last time they met. Picture: Dylan Burns/AFL Photos via Getty Images

Just once in their last five meetings has the home side lost and that came in the low-scoring 2020 preliminary final at Adelaide Oval where the eventual premiers reigned supreme. 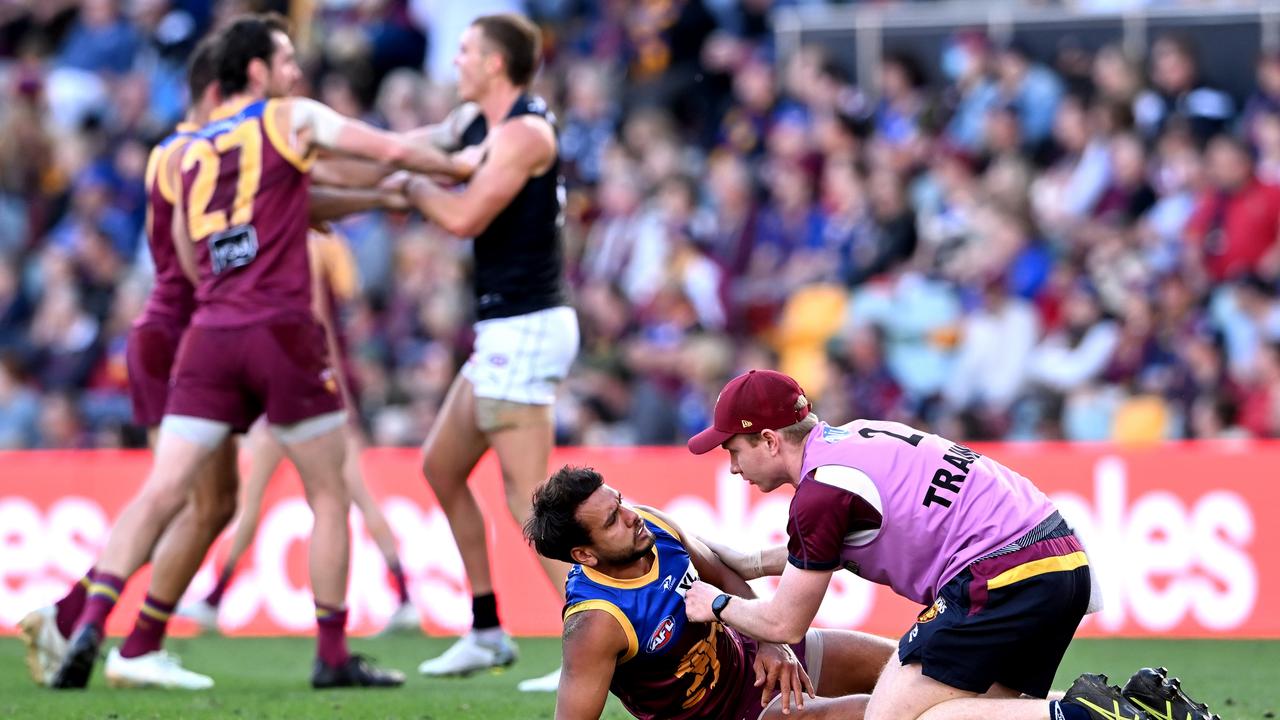