KFC SuperCoach 2022: Late mail and trade tips for round 9

Max Gawn will play but elsewhere there are landmines going off everywhere for KFC SuperCoaches.

Several highly owned rookies have been ruled out of round 9 action this week forcing a dramatic rethink on trade plans.

Gibcus is in 38 per cent of KFC SuperCoach teams and has been one of the top rookie picks in defence, averaging 82.3 over his past three games and gaining over $155,000 in value.

Losing one bench defender is manageable, but alarm bells started ringing with reports Docker Nathan O’Driscoll will miss six weeks with a “hot spot” in his foot, according to Channel 7 Perth reporter Ryan Daniels.

O’Driscoll is in 43 per cent of KFC SuperCoach teams and has gained a very healthy $172,200 since making his debut in round 2.

With George Hewett still not a confirmed starter against the Giants on Sunday – he has to get through training on Friday to return from a calf injury – defensive stocks are suddenly looking worryingly thin.

And that was before reports Nick Daicos trained with the “seconds” team at Collingwood’s Thursday session. Josh Gibcus is in Covid protocols and will miss round 9. Picture: Darrian Traynor/Getty Images

The situation isn’t much better in the midfield, with SEN’s Sam Edmund reporting Jason Horne-Francis will miss this week with hamstring tightness.

Horne-Francis has been traded out of more than 40,000 squads in recent weeks but remains in more than 41 per cent of KFC SuperCoach teams.

In terms of trades this week, O’Driscoll is the most urgent given he won’t be back until after the byes, when we need every player to be available.

Unfortunately there are limited options to trade defenders down to this week but if you can switch “NOD” to the midfield there are some good replacements on the bubble in Maurice Rioli Jr ($123,400 FWD/MID), Jack Carroll ($1123,900 MID) or Cooper Hamilton ($102,400 MID/FWD).

Then you could use the profit to upgrade another rookie like Horne-Francis or Gibcus to a top-liner.

Daicos is worth holding if you can due to his solid on-field scoring this far (av 83), the fact he won’t lose any value and you can hang on to him until the final bye round when Collingwood has the week off in round 14 to give maximum coverage over the most tricky three weeks of the season.

Gibcus, in contrast, has the bye in round 12 when many of our premium defenders will also be unavailable including Jayden Short, Hewett, Jack Sinclair, Sam Docherty and Lachie Whitfield. He also has a Break Even score of 46 when he returns. In some good news for more than 80,000 KFC SuperCoaches, Max Gawn has been declared fit to play against West Coast on Sunday.

Gawn sent a scare through the Demons – and KFC SuperCoach – when he copped a knock to the knee against St Kilda last week.

But scans cleared him of any serious damage and Melbourne coach Simon Goodwin said he had no intention of resting his captain.

“He’s definitely going to be playing,” Goodwin said on Thursday.

“He’s fully fit – he’s training today, he’s out there doing some centre bounce work. He’s firing on all cylinders and wants to go out and perform well for the club.”

That’s bad news for the Eagles who are severely undermanned in the ruck; last week Dockers big man scored 178 KFC SuperCoach points against West Coast. How high can Gawn go?

The big footy news on Friday was Leon Cameron parting ways with the Giants after Sunday’s clash against Carlton.

Cameron's coaching moves have been a thorn in the side of many KFC SuperCoaches so there is a close watch on what, if anything, changes under caretaker coach Mark McVeigh.

Apart from the use of taggers, the two players to keep a close eye in on coming weeks are Stephen Coniglio and Lachie Whitifeld.

After starting the season as a centre-bounce midfielder Coniglio has been used as a permanent forward in the past month, with reasonable scoring results. Lachie Whitfield has had a disappointing season so far. Picture: Will Russell/AFL Photos via Getty Images

Whitfield, meanwhile, has been used all over the ground often within games, which partially explains his underwhelming average of 82.2 over the first eight rounds. But a more secure role off half-back or a wing, along with possible tweaks to how the Giants move the ball, could see him return to his past heights – remember he averaged 111.2 points a game in 2019, and we saw what difference a new coach made to Jordan De Goey’s output last season.

Don’t rush to trade Whitfield in but if you are one of his 39,000 frustrated owners, hold firm for a few more weeks.

The rest of us can also assess his role before making a call around the Giants’ round 12 bye - after dropping $68,000 in value he could be a bargain pick-up for the run home.

Originally published as KFC SuperCoach 2022: Late mail and trade tips for round 9 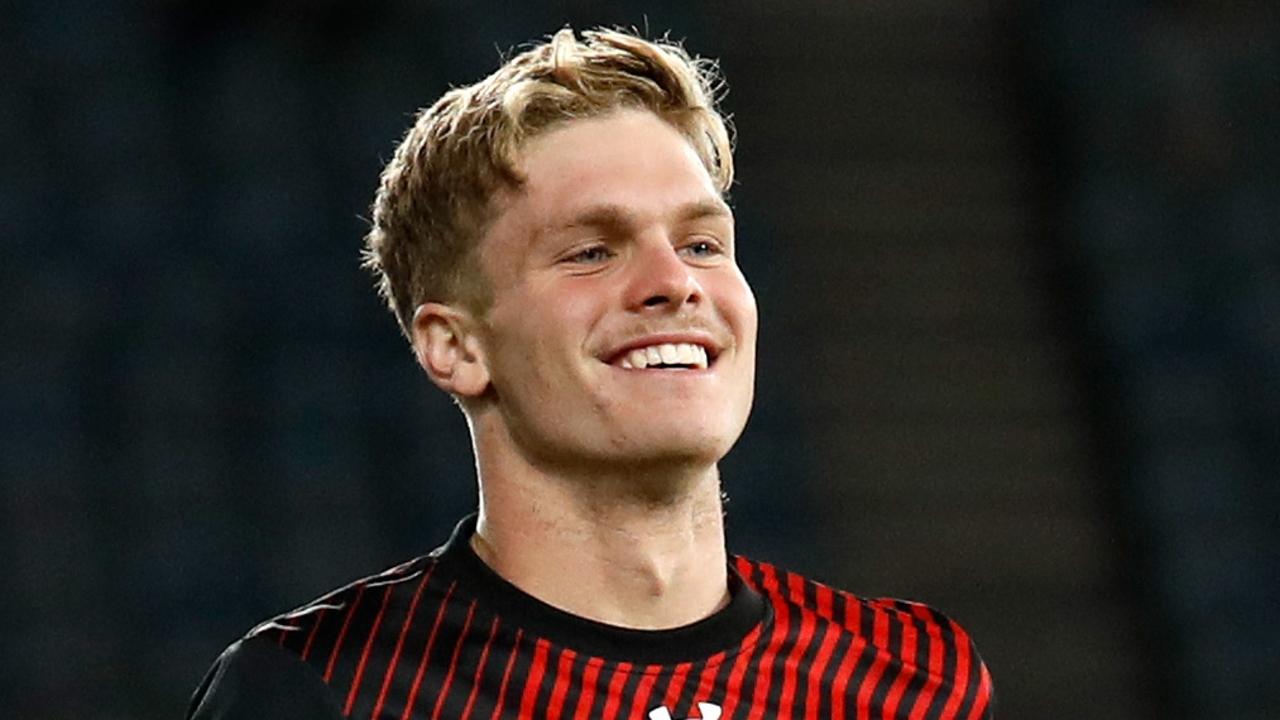 Robbo: How Jack made Carey a believer

At one time in his career, Jack Riewoldt was a ‘look at me’ kind of guy, and he probably counted every game he played and knew every goal he kicked. This is how he has changed. Collingwood has provided an update on sick defender Jack Crisp, while there are huge changes at GWS with one star and a popular rookie both out. Latest whispers and KFC SuperCoach advice. 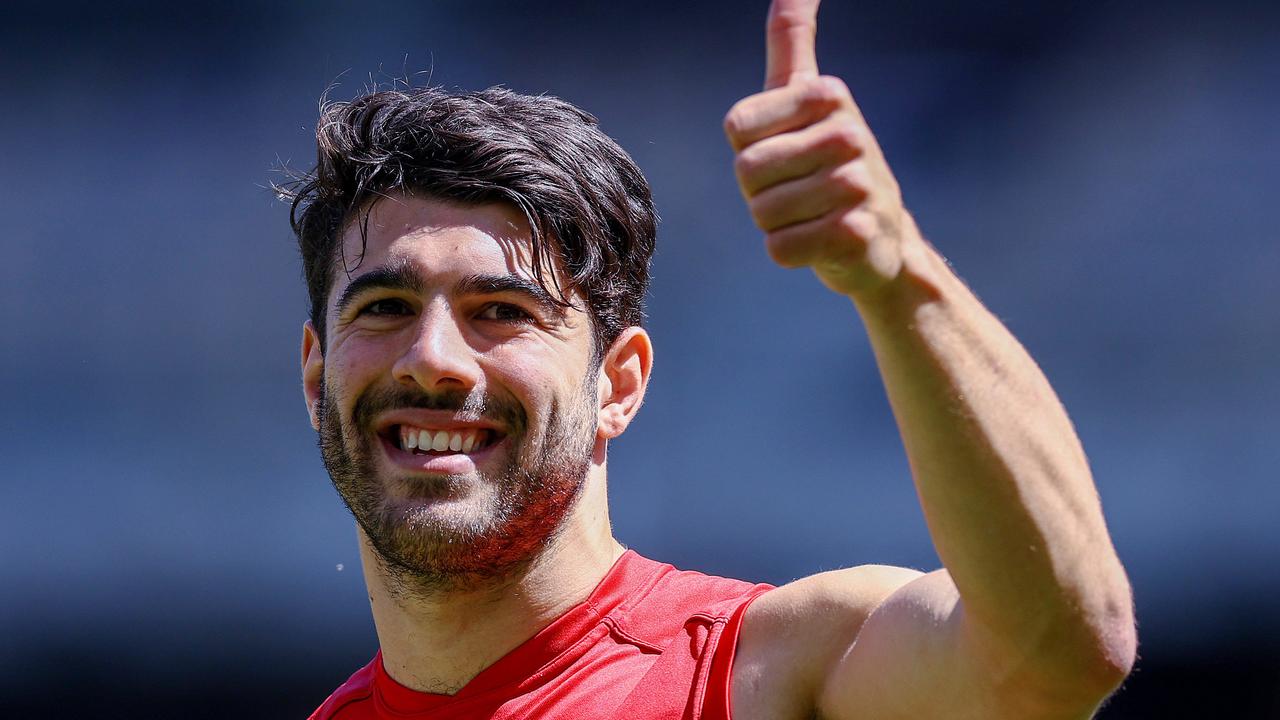 SuperCoach experts reveal their round 10 trades

See who’s being traded in and out by the KFC SuperCoach experts this week plus get the best advice from Champion Data guru Fantasy Freako. 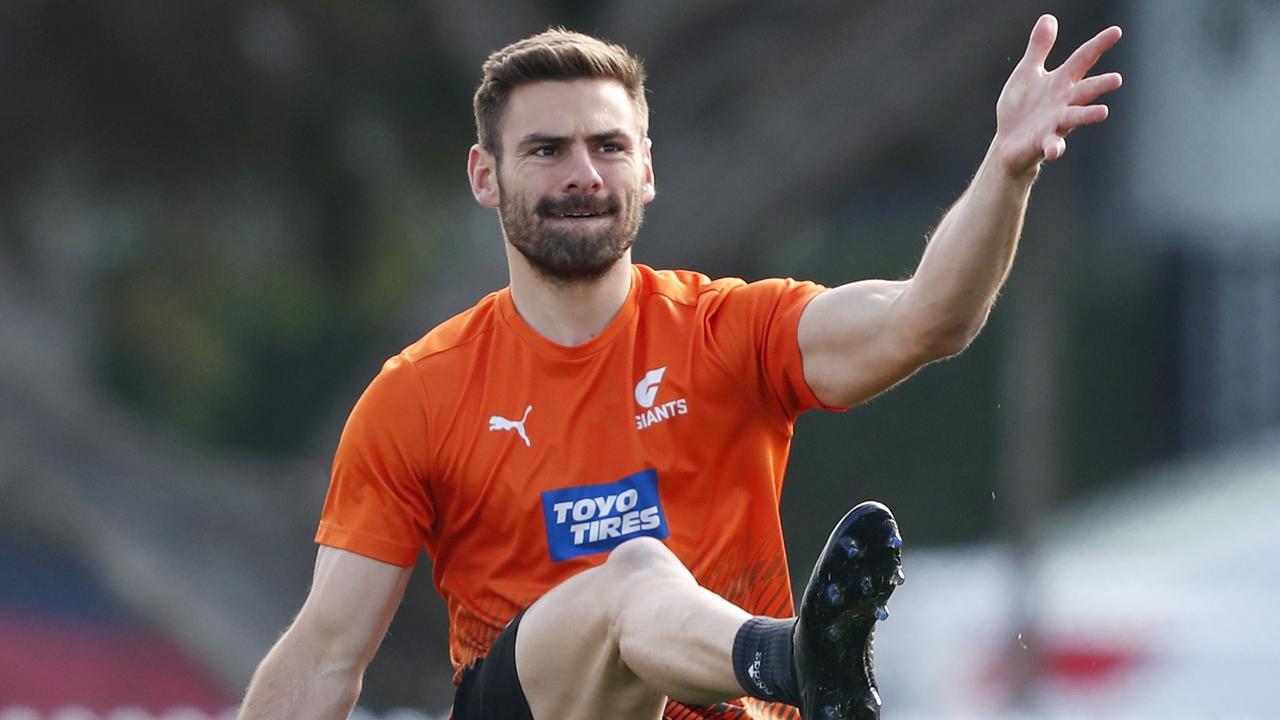 KFC SuperCoach: Is it time to offload Coniglio?

He’s struggling to get a kick and the GWS bye is just around the corner. Does the most popular player in KFC SuperCoach have to go? The Phantom answers the big questions. SuperCoach Plus: 11 things you need to know for round 10

Is this man the KFC SuperCoach buy of the year? That, plus every bit of advice you need to nail Round 10, in this week’s SuperCoach Plus article.