All you need to know in the lead up to Western Bulldogs v Hawthorn at Marvel on Friday 24 June including news updates, past history plus when and how to watch on Kayo. 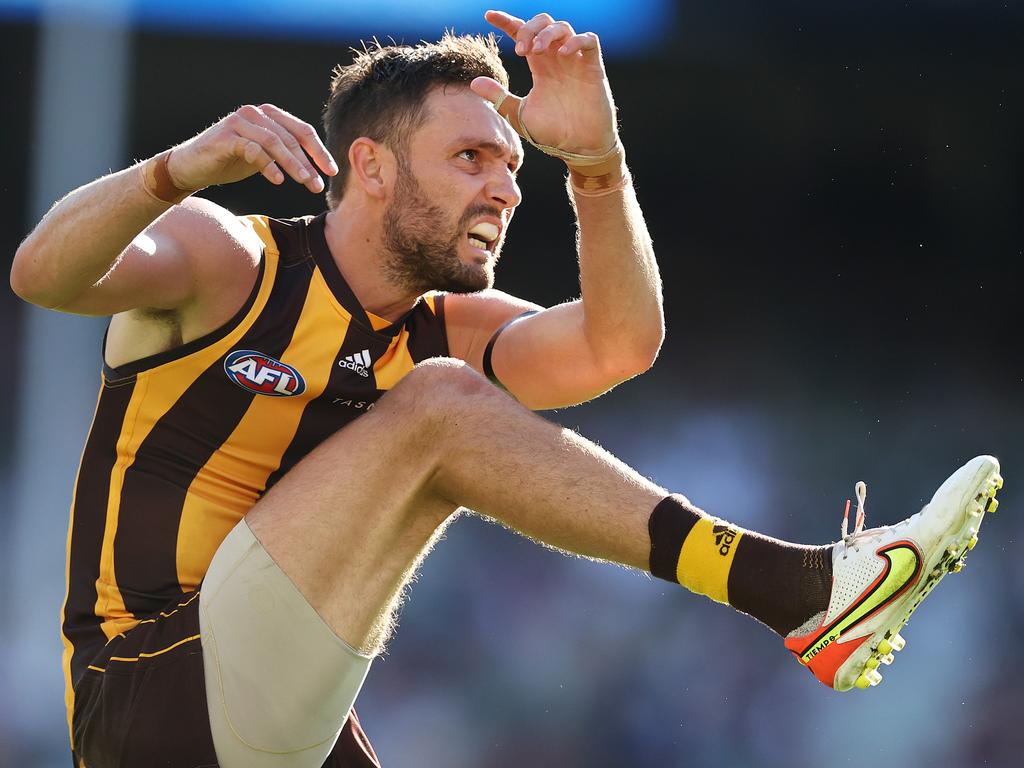 Jack Gunston could one of two big ins for Hawthorn for Friday night. Picture: Michael Klein

Watch live here on Kayo. Here’s the preview of all you need to know for Friday night.

Big guns Mitch Lewis and Jack Gunston were set to return for Hawthorn this Friday night against the Western Bulldogs, but only Lewis will play. While sidelined captain Ben McEvoy is getting closer to a return.

The Hawks face the Bulldogs who are three wins and four spots above Hawthorn on the ladder courtesy of a 20-point win over GWS in a high-scoring encounter at GIANTS Stadium last Saturday.

Key forward Aaron Naughton bagged five for the second time this season in that win. The Hawks have the big advantage of a 13-day break leading into this match given the bye whereas the Bulldogs only have six.

Livewire Bulldogs’ forward Cody Weightman has a dislocated elbow sustained in last week’s win but has been named. He kicked five goals – all in the first half – against the Giants, despite picking up the injury. What time is Bulldogs v Hawks?

How can I watch more Bulldogs and Hawks matches? 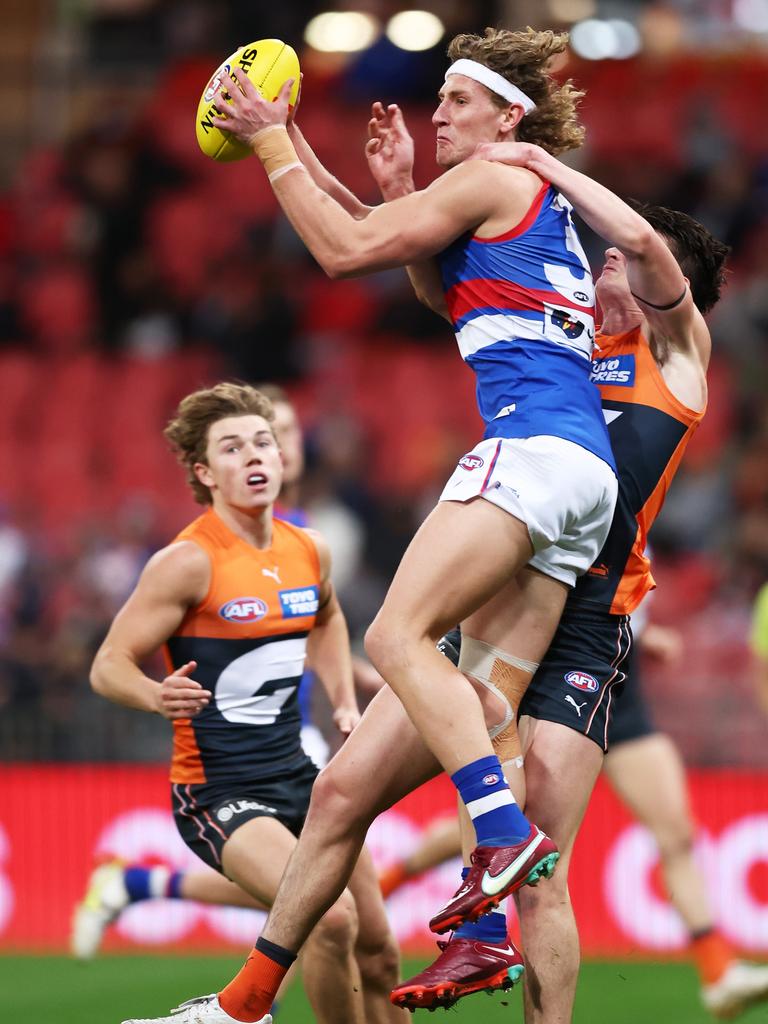 INCLUDING Simon Goodwin’s response to character questions, the Friday night winners in the next fixture reveal, the uncontracted pair Dees are desperate to keep and early mail for round 15.

PLUS the latest on AFL SuperCoach.

History between the Bulldogs and Hawks

The last time these teams met at Marvel Stadium (then Etihad) was in 2018 and it was the Hawks who prevailed by more than 10 goals. Hawthorn has won four of the past seven against the Dogs.

Last year, it was Hawthorn by 27 points at Launceston’s University of Tasmania Stadium.

All the ins and outs for Friday night in Melbourne: The year Les Bamblett lit up for Footscray

Les ‘Lelly’ Bamblett’s 1985 playing season is one for the record books. Yet injuries and racism led to him losing his passion for footy and he still sees significant problems, writes PAUL AMY. Peter Ladhams and Braydon Preuss have both fallen foul of the MRO for their indiscretions at the weekend. Find out their penalties. AFL preview and how to watch: Giants v Bulldogs

All you need to know in the lead up to GWS Giants v Western Bulldogs, Saturday 18 June, including news updates, past history plus when and how to watch on Kayo.