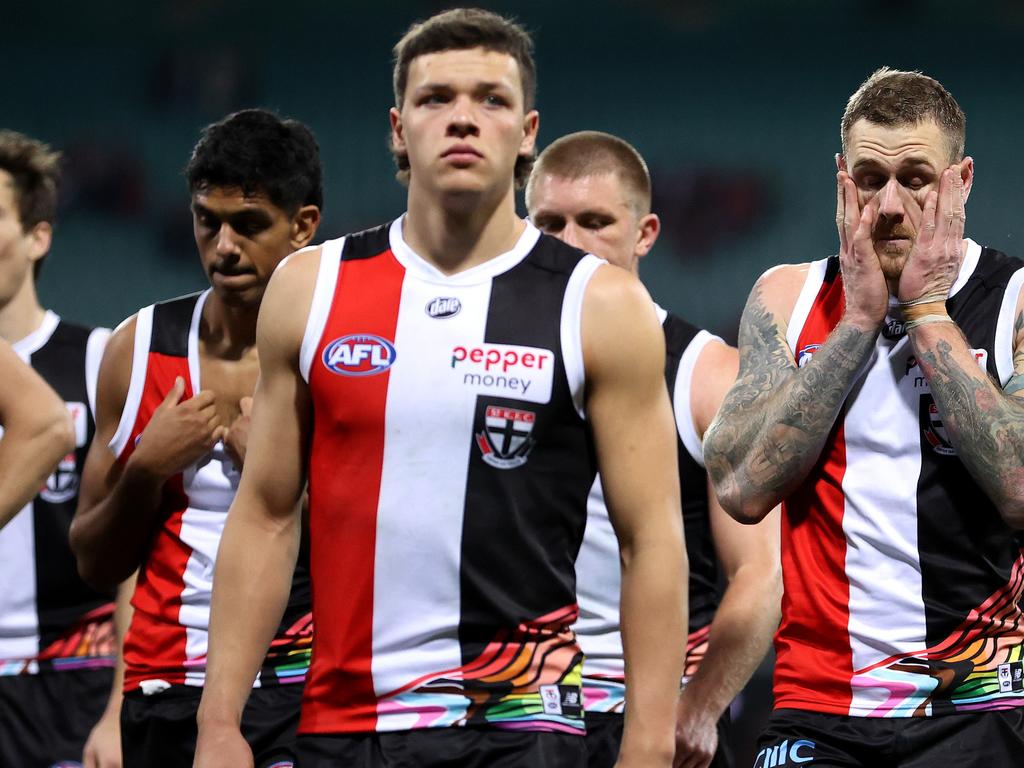 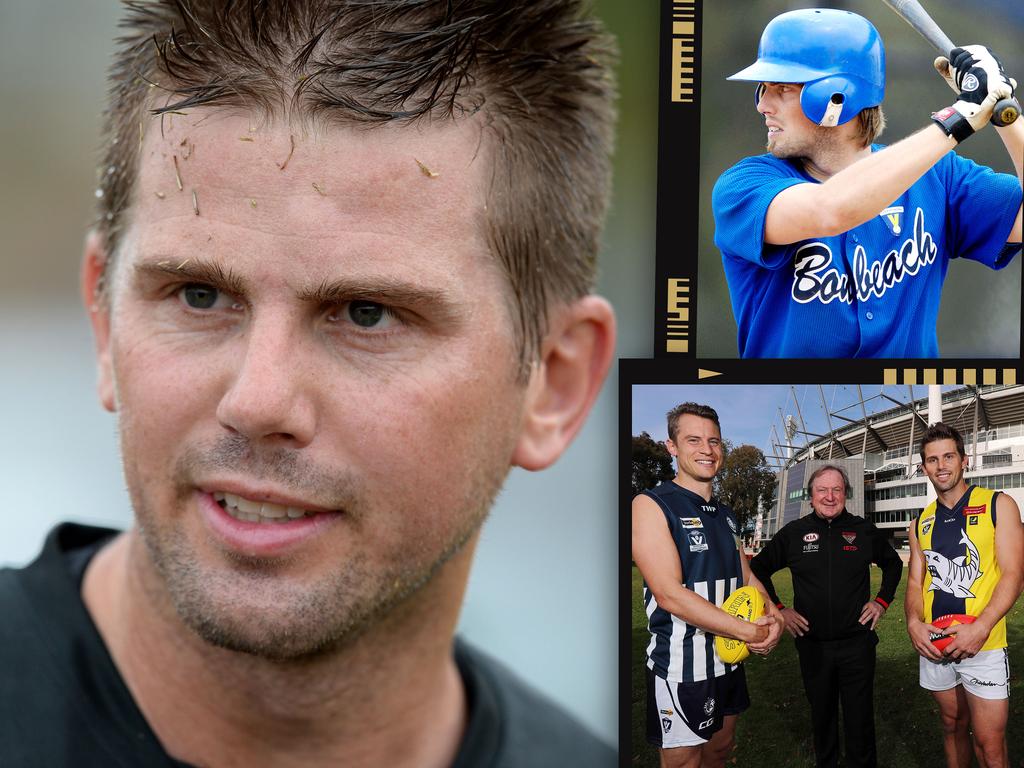 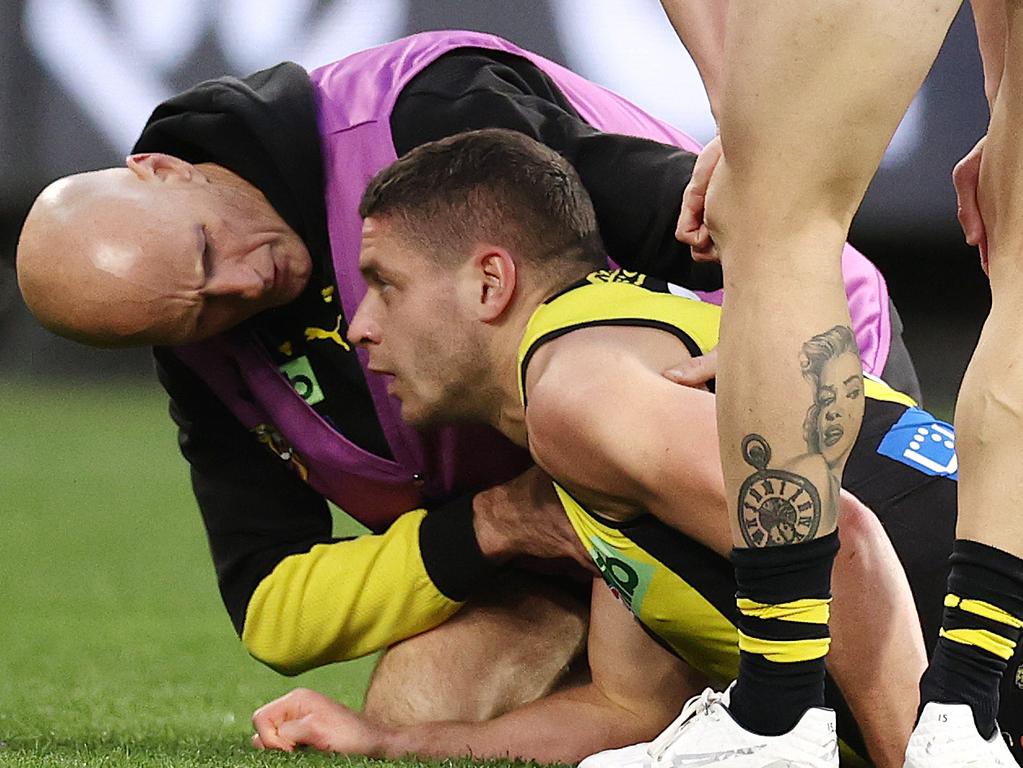 ‘Made a horrible error’: Does the AFL need a send-off rule?

Tom Stewart was ‘pretty upset’ while out on the ground after his hit on Dion Prestia. Is it time for the AFL to look at a send-off rule? Have your say now. 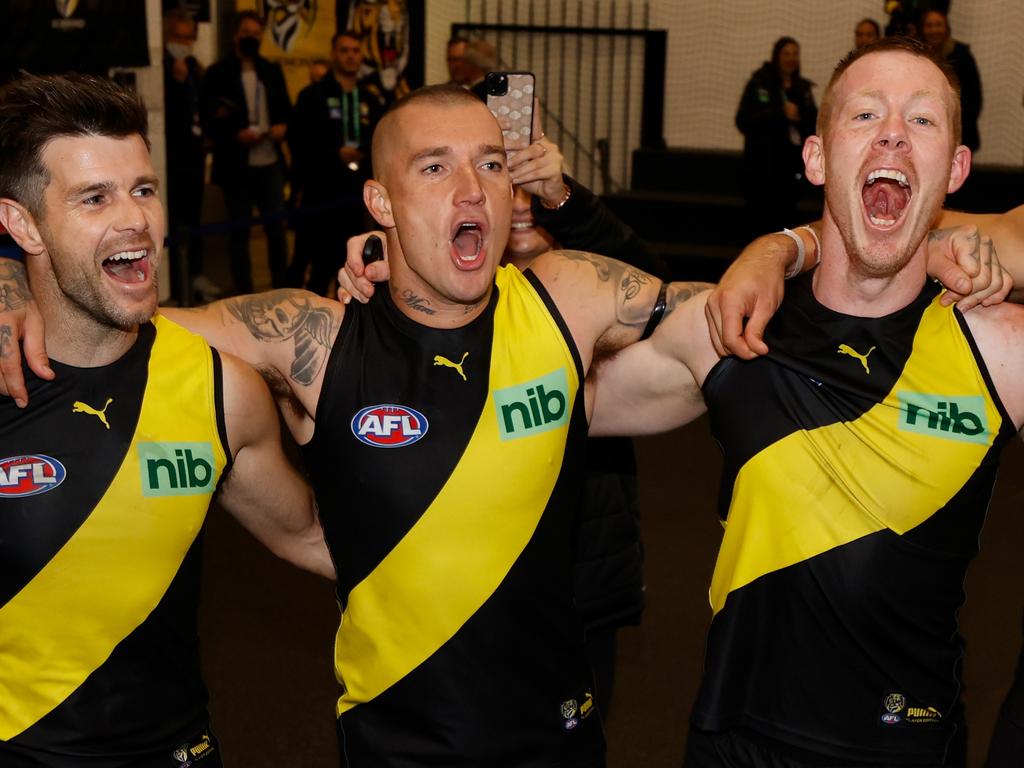 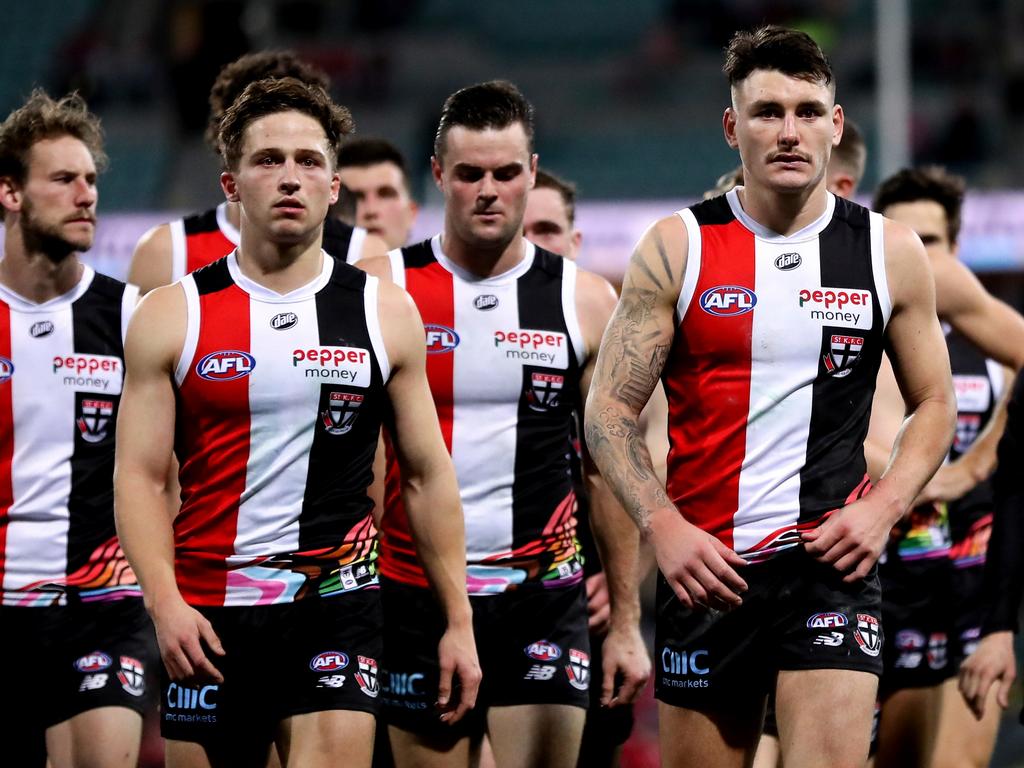 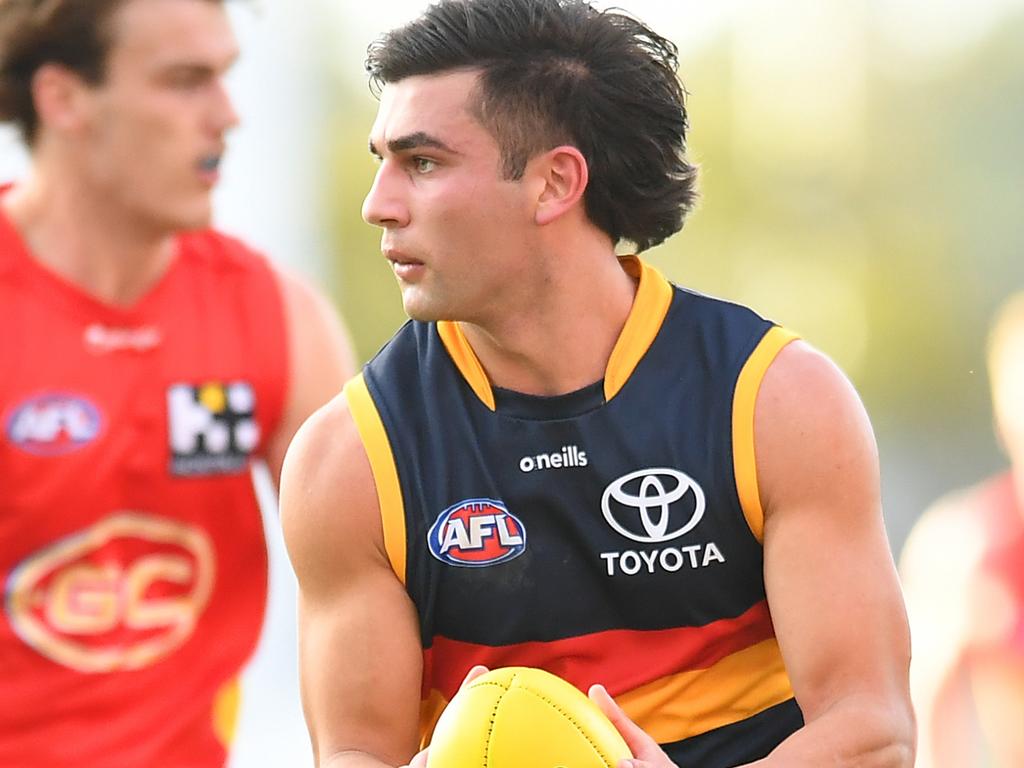 No room for failure: Crows cannot afford to cough this one up

Their record in Tassie is abysmal, but it’s a game the Adelaide Crows should be winning when they take on the Kangaroos. Lose and there will be many questions to be answered. 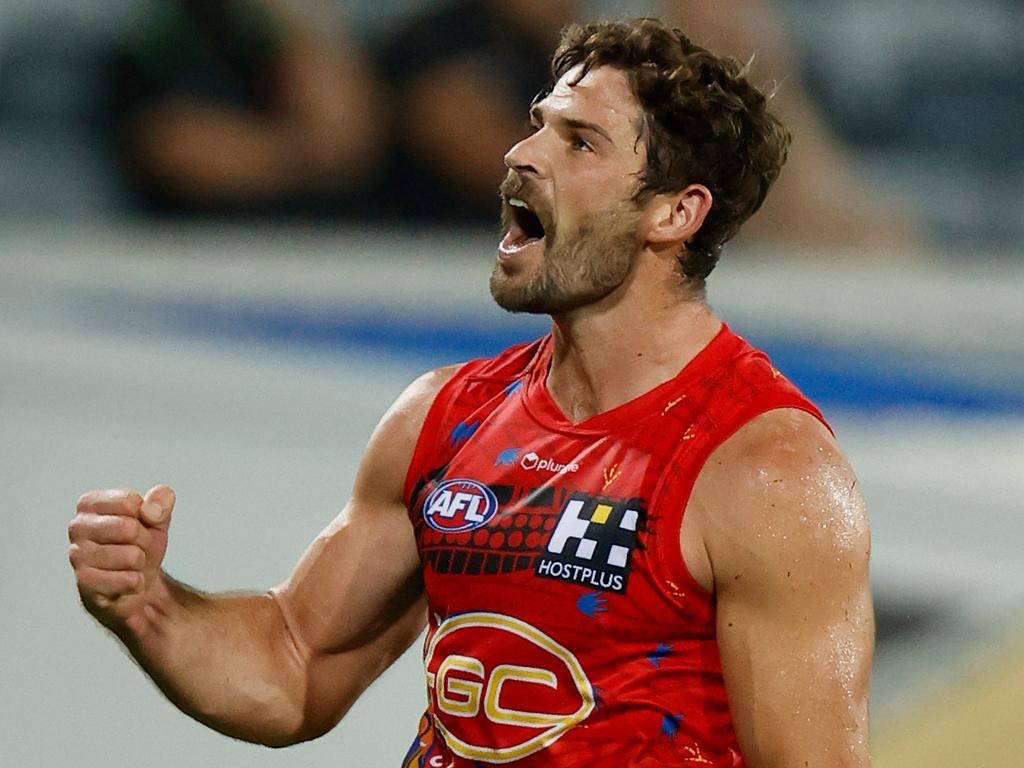 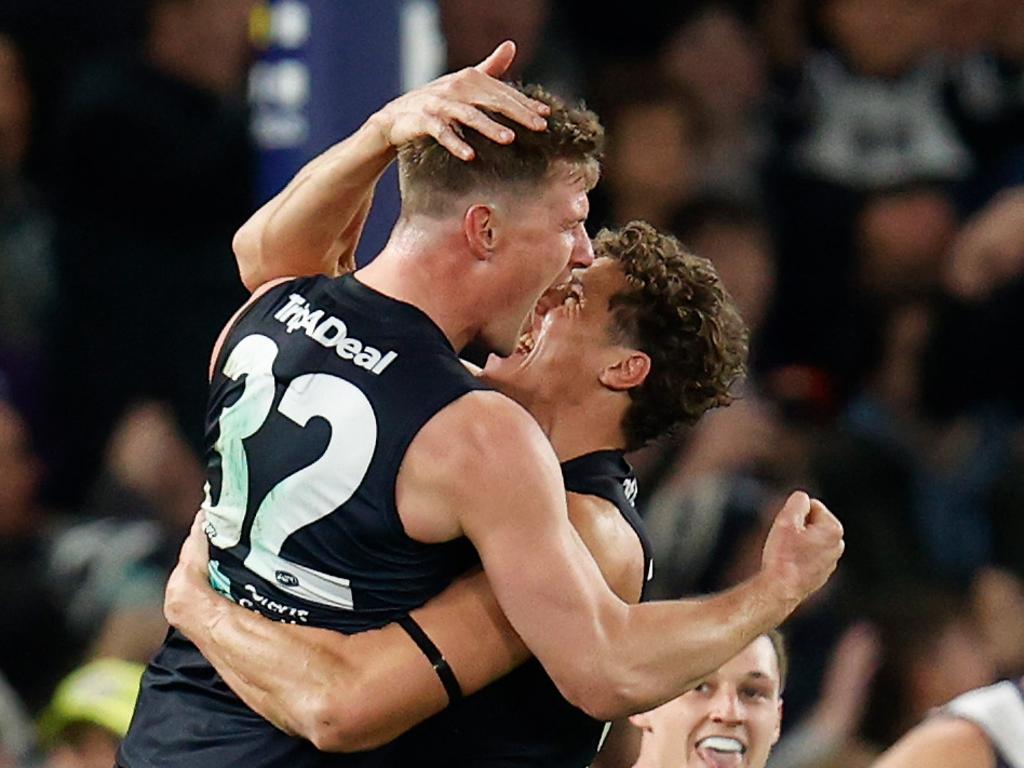 Carlton was supposed to one of the vulnerable sides in the top-eight. Now the Blues have the double chance in their sights after blowing away top-four rival Fremantle. 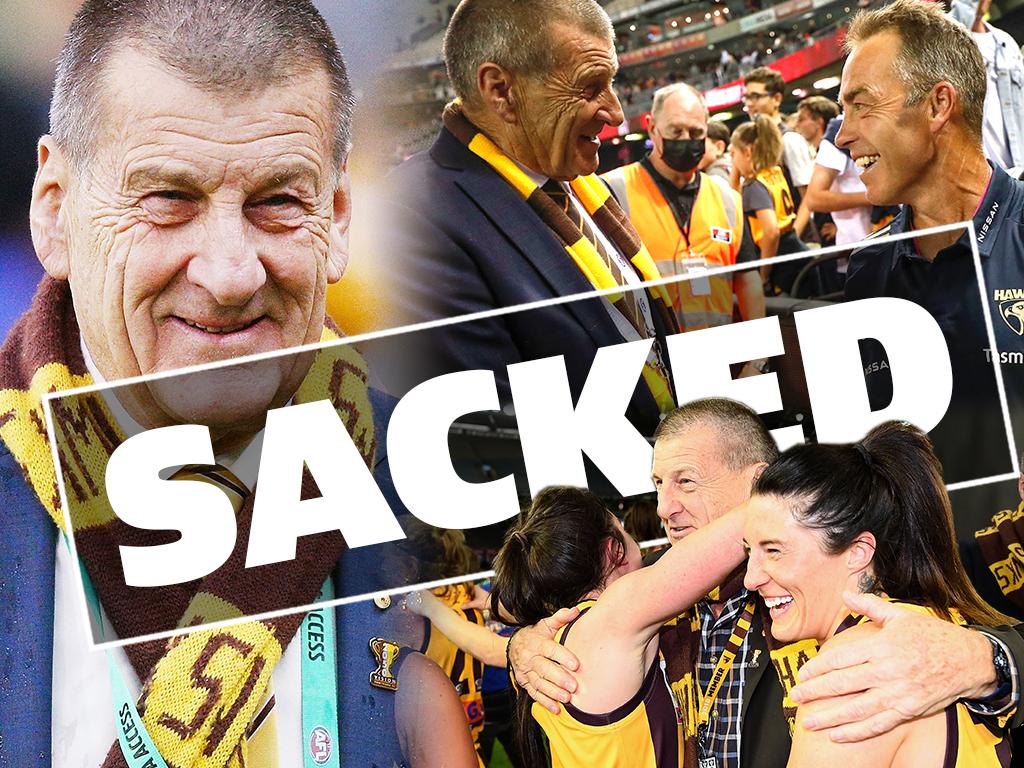 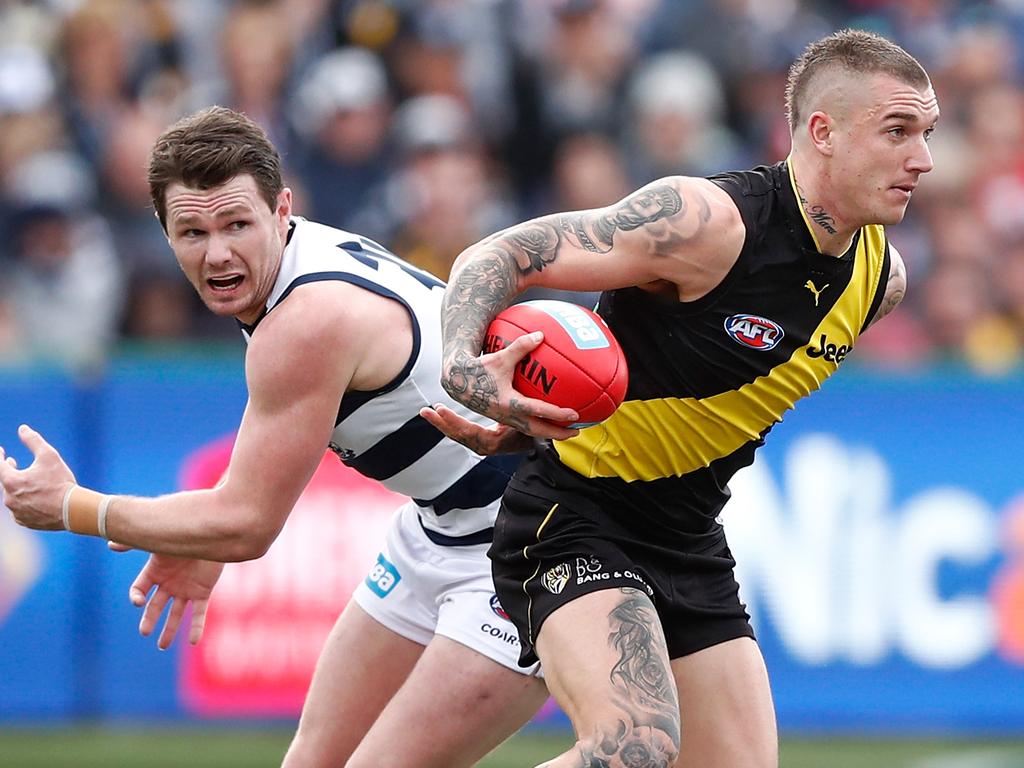 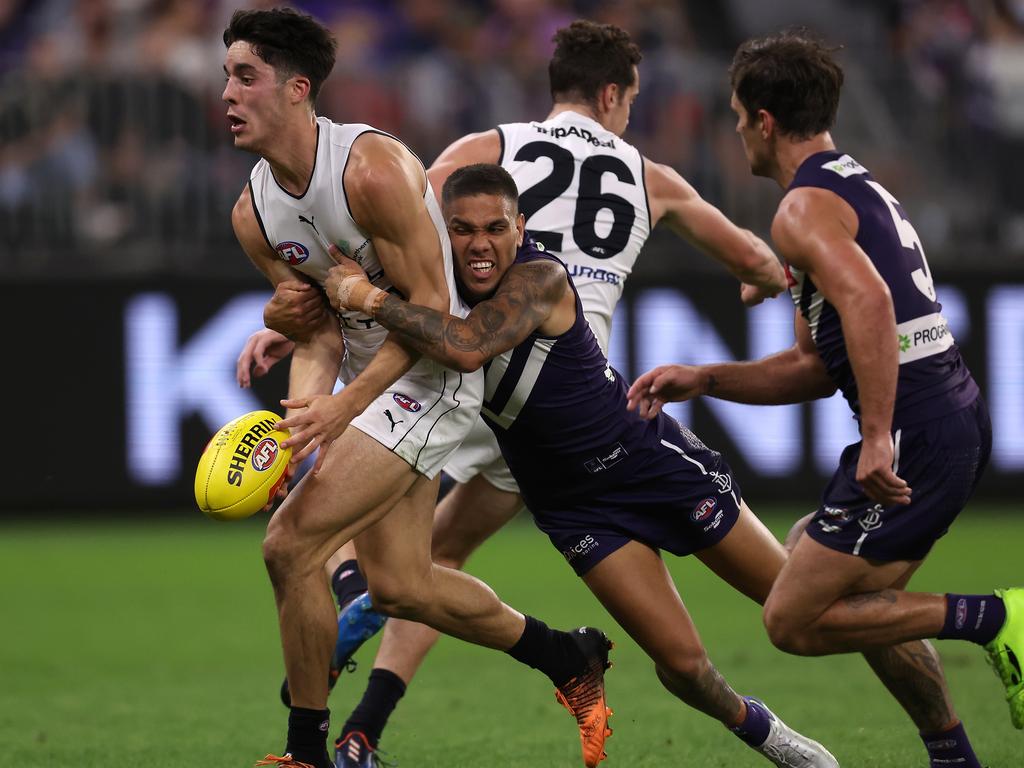 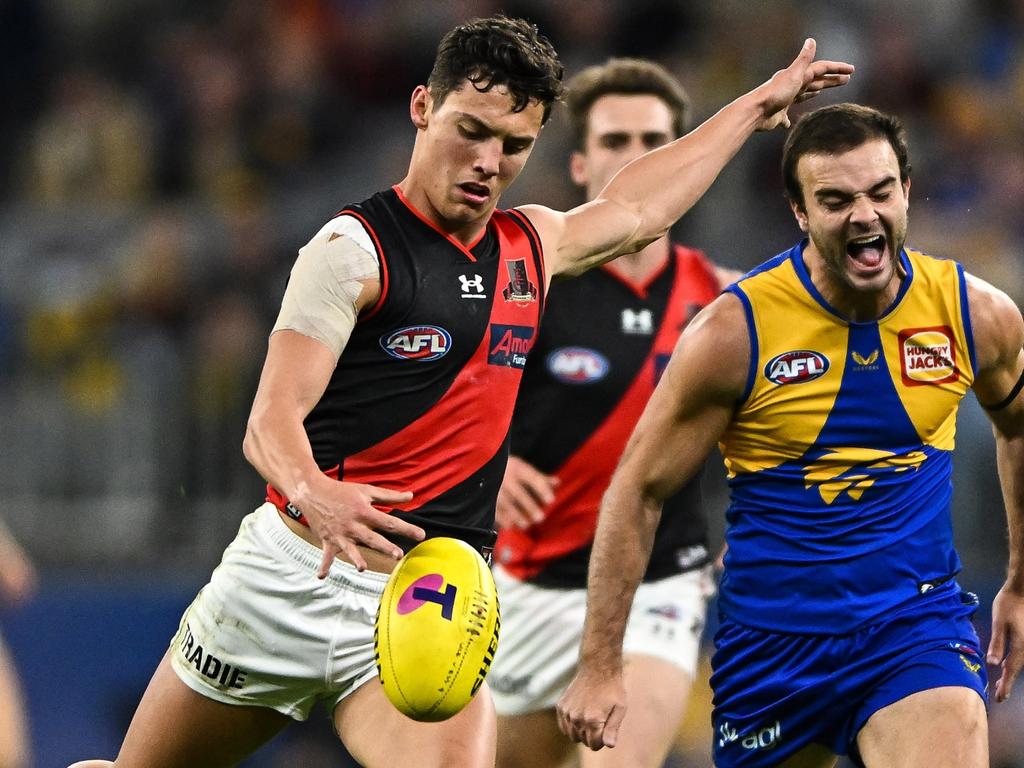 Bombers coach Ben Rutten lamented his teams’ inability to stick with the way they wanted to play as key midfield absences hurt against the more experienced West Coast. An immature brain is no excuse for bad behaviour, but we can expect hundreds of young AFL to be totally flawless when it comes to making correct decisions, ask Mick Malthouse. 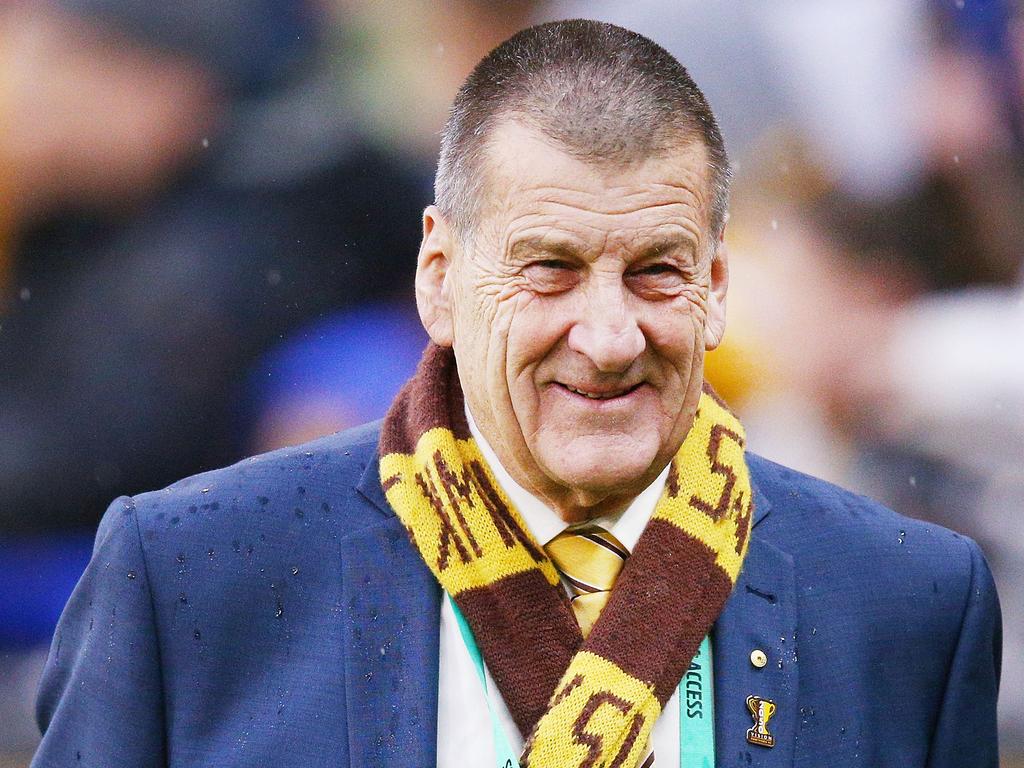 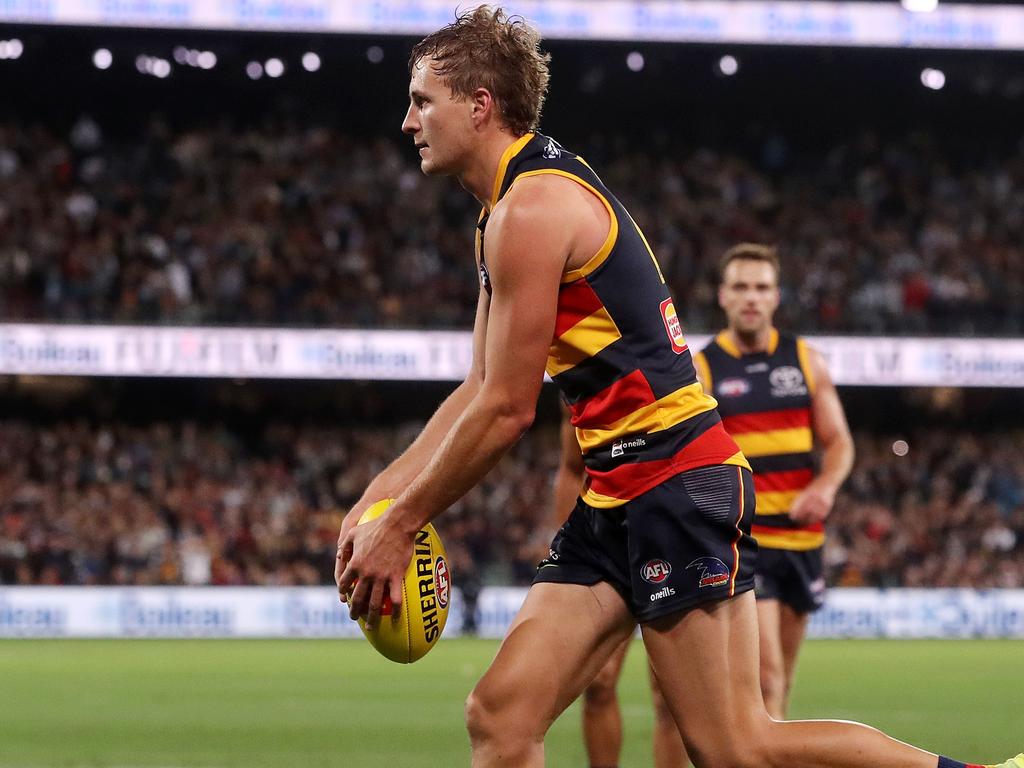 Worst in the comp? Shock stat for Crows recruit

Jordan Dawson was recruited to help the Crows’ kicking. And while he is their main distributor, one key stat surrounding his ball-use is a big surprise. 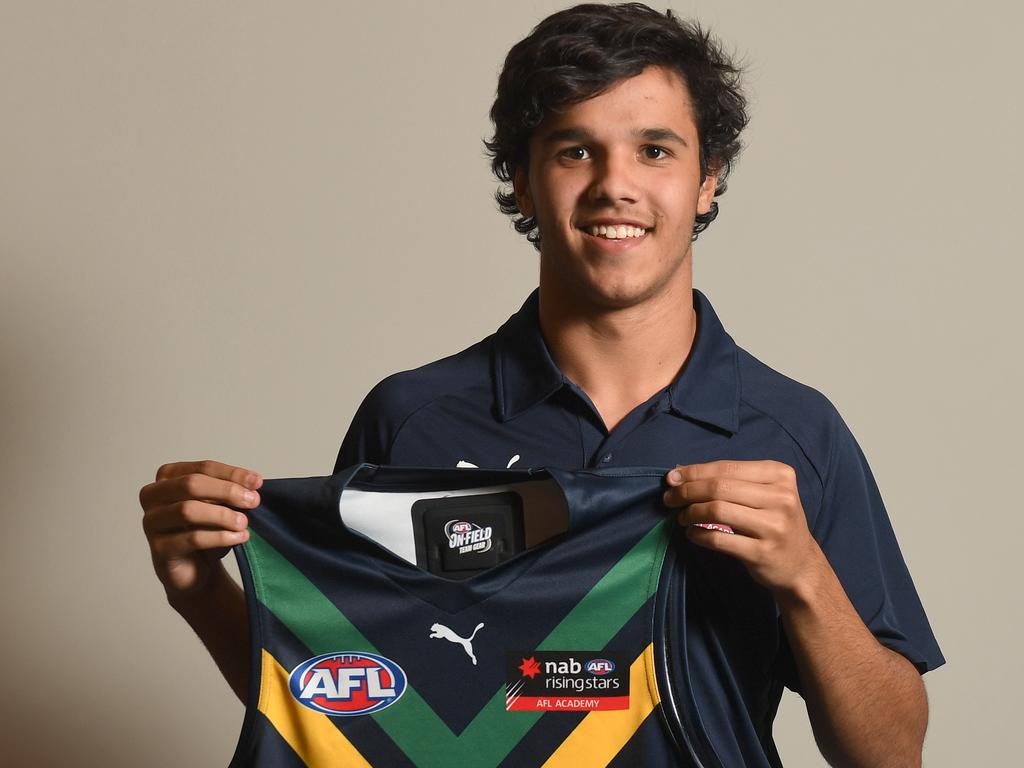 Essendon father-son prospect Alwyn Davey Jnr has declared his desire to be a Bomber and the relative he models his game. 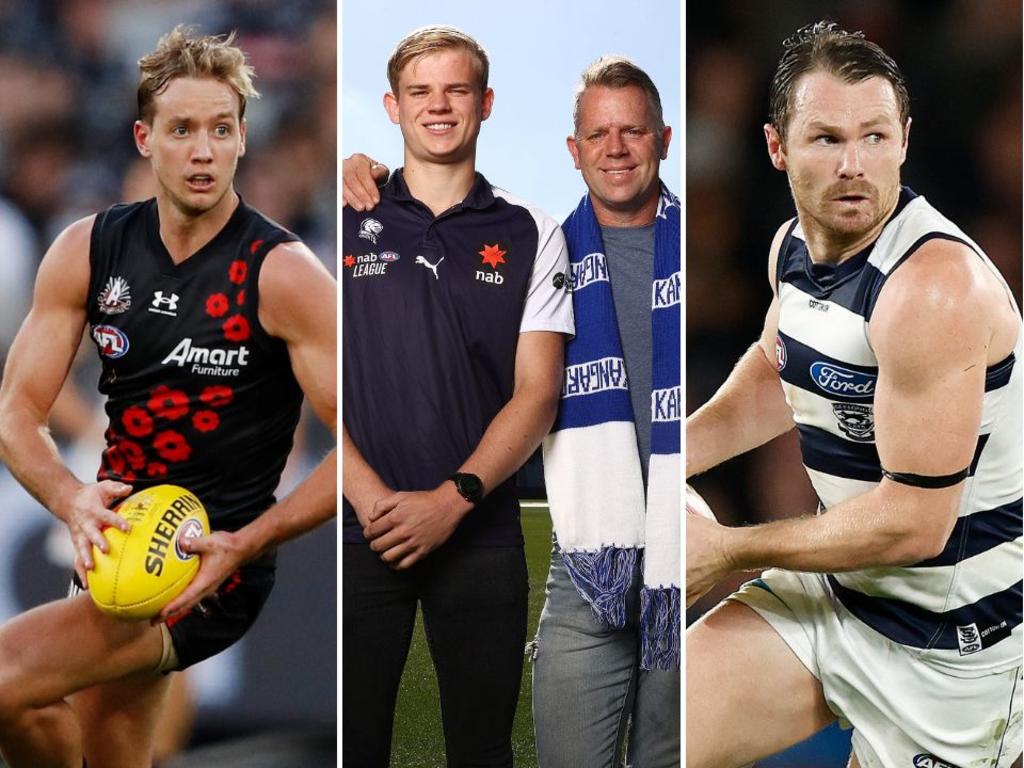 The AFL is open to bringing the start time of Friday night games forward — but with a catch. Have your say on when matches in the prime-time slot should kick off. 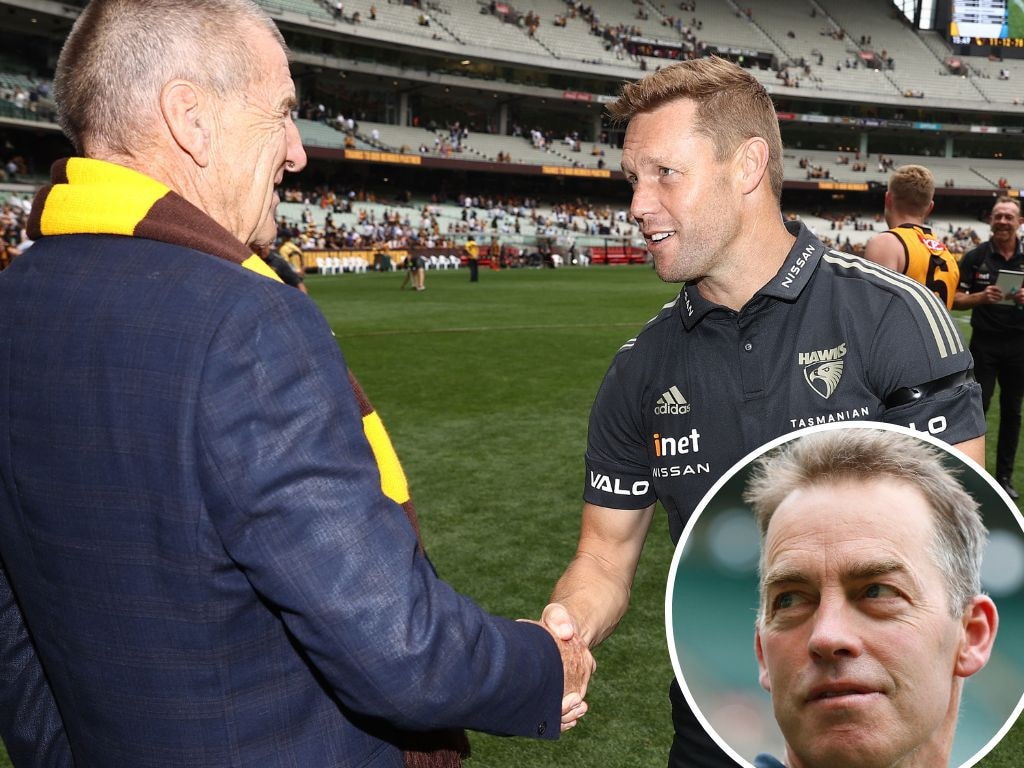 In a bumper edition of Sacked, departing Hawthorn president Jeff Kennett reveals why the succession blew up so spectacularly and sends a message to the critics. 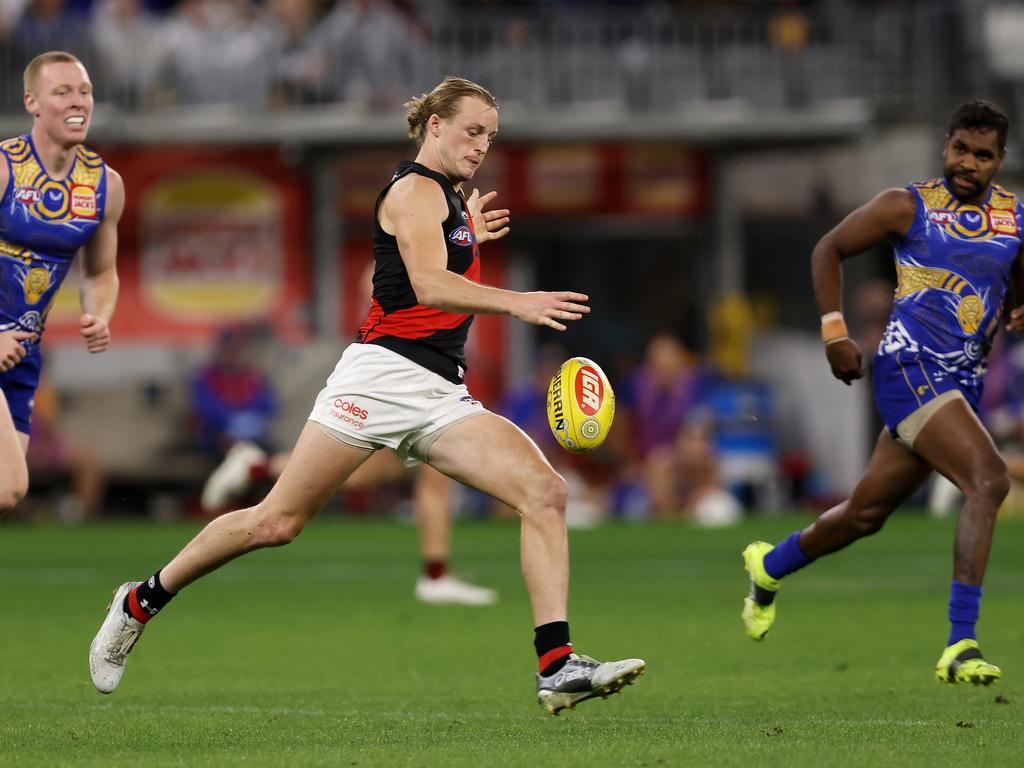 Jordan De Goey has apologised for the Bali antics which put his Collingwood career in jeopardy in a club-released video. Watch it here. AFL preview and how to watch: Bulldogs v Hawks

All you need to know in the lead up to Western Bulldogs v Hawthorn at Marvel on Friday 24 June including news updates, past history plus when and how to watch on Kayo. Port Adelaide has been forced to make another Covid-related change to its defence ahead of its crunch clash with Gold Coast. 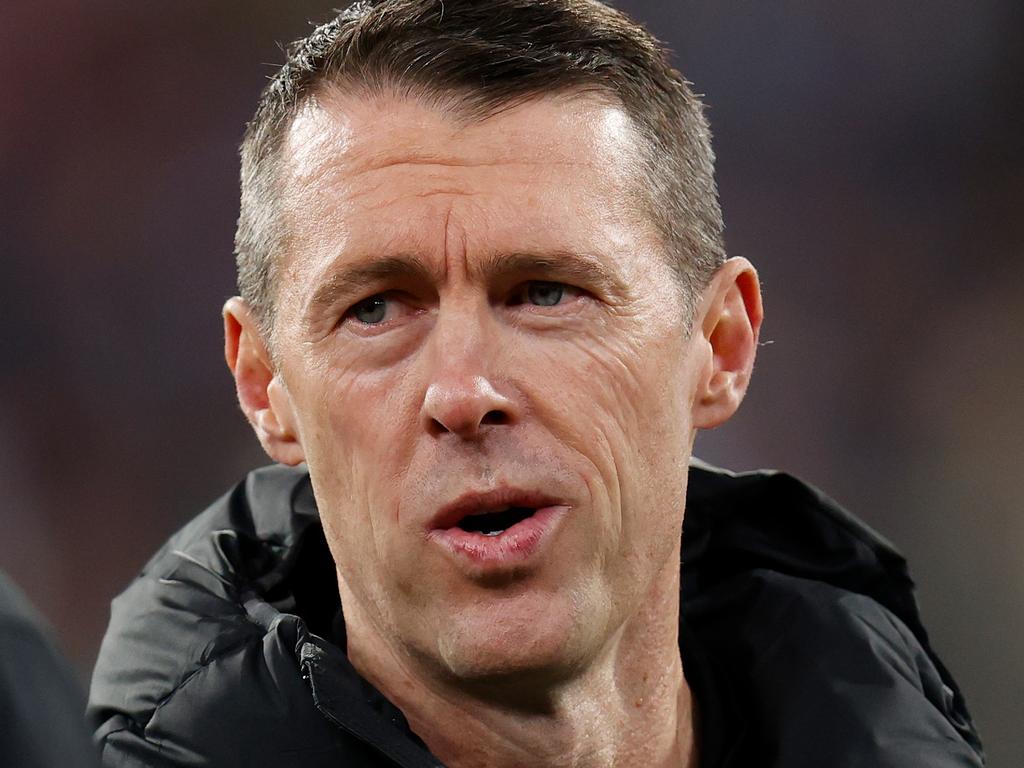 Collingwood coach Craig McRae, who has tried keeping daily contact with Jordan De Goey, has provided an insight into how he is feeling after taking personal leave. 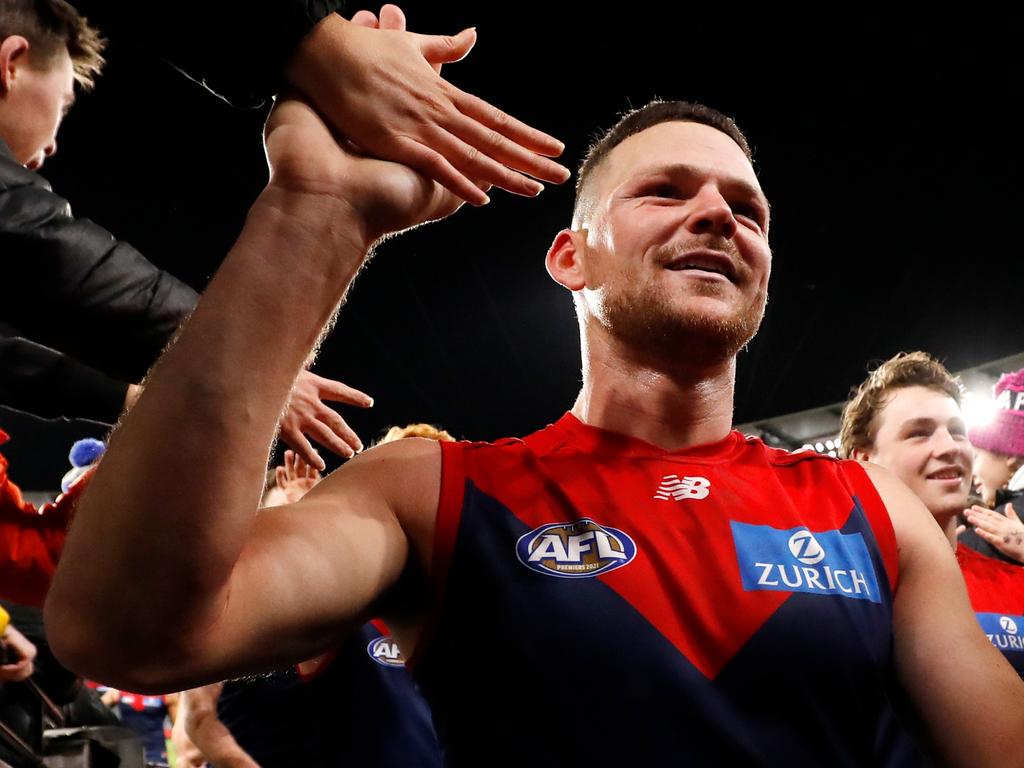 ‘Best defender’ had nothing to prove to teammates