Steve Cohen’s secret weapon for the Mets: His hedge fund

Some employees from the billionaire Steve Cohen’s firm, Point72 Asset Management, are moonlighting in crucial roles for his baseball team. Many are tasked with improving data analysis and technology. In the 18 months since billionaire hedge-fund manager Steve Cohen bought the New York Mets, the baseball world has wondered how the sport’s wealthiest owner would use his vast resources and financial acumen to fix a historically hapless organisation. The answer was both simple and revolutionary: He brought his hedge fund to the Mets — literally.

Some senior employees from Cohen’s firm, Point72 Asset Management, have been moonlighting as Mets employees in crucial roles, according to staffers’ LinkedIn pages, the Mets’ website and people familiar with the matter. Many are tasked with improving the team’s once-outdated infrastructure, data-analytics capabilities and technological prowess.

Longtime Mets fan Mark Brubaker, who oversees a staff of hundreds as Point72’s chief technology officer, is listed on the Mets’ front-office roster as their CTO. Steve Canna, Point72’s head of tax, is the Mets’ CFO and treasurer. Point72’s heads of human resources, data solutions and data engineering also work for the Mets, and other employees have been temporarily loaned out to the team for specific projects.

Cohen is paying for their time on Mets-related duties out of his own pocket in a bid to make the team not just MLB’s richest club — but also its smartest. Point72 says the work does not impact the hedge fund’s investing in any way.

These employees are helping beef up some of the Mets’ biggest shortcomings. Since Cohen took over, the number of people working in data and analytics has grown from eight full-time employees to 35, some of them from Point72, a person familiar with the matter said. Cohen has embedded data scientists in the Mets’ scouting departments. A new data-engineering group is also stocked with people from Point72.

These investments are helping to make the Mets one of the best teams in baseball, where they are seen as significant World Series contenders this season. Point72 is a key reason why.

“They have been an exemplar for us of what constitutes best-in-class, which is Steve’s aspiration for the Mets,” said Sandy Alderson, the veteran baseball executive Cohen tapped as the Mets’ president. “It’s raised the bar for us.” Max Scherzer was one of the big free-agent signings for the New York Mets in the off-season. Picture: Rich Graessle/Icon Sportswire via Getty Images

Cohen’s Mets ownership is separate from his hedge fund. “No Mets-related costs are passed through to P72 investors in any way,” Point72 spokeswoman Tiffany Galvin-Cohen said in a statement. She said the crossover employees aren’t investment professionals and their Mets work doesn’t impact Point72’s investing activities.

The overlap has grown recently as more Point72 employees have wanted to spend time on the Mets, people familiar with the matter said. Cohen, who isn’t related to Galvin-Cohen, declined to be interviewed through Point72.

Cohen, 65 years old, made it clear from the start that he would spare no expense in pursuit of a championship, something the Mets haven’t accomplished since 1986. It was generally believed that meant spending on players.

He has done that. Cohen committed $254.5 million to four free agents this past off-season, including $130 million over three years to star pitcher Max Scherzer — a record average annual salary of $43.3 million. The $341 million deal shortstop Francisco Lindor signed with the Mets last year is one of the largest in baseball history. The Mets’ payroll ranks among the highest in the major leagues.

But much of what Cohen has changed is largely out of public view and not measured by the size of the budget allocated for the Mets’ roster. Though the Point72 employees aren’t the ones deciding which players the Mets should acquire or how they should deploy their bullpen — general manager Billy Eppler and manager Buck Showalter do that — they are helping to create systems designed to assist in the decision-making process.

“The bigger our technical foundation, the more baseball systems we can accommodate,” Alderson said. “One of the things we’ve benefited from Point72 is a very precise understanding of how this technology needs to work.”

A person familiar with Point72 said employee overlap exists between other MLB teams and their owners’ businesses; the Wilpon family, which previously owned the Mets, also had employees from their real-estate investment firm working for the team, said people familiar with the matter. 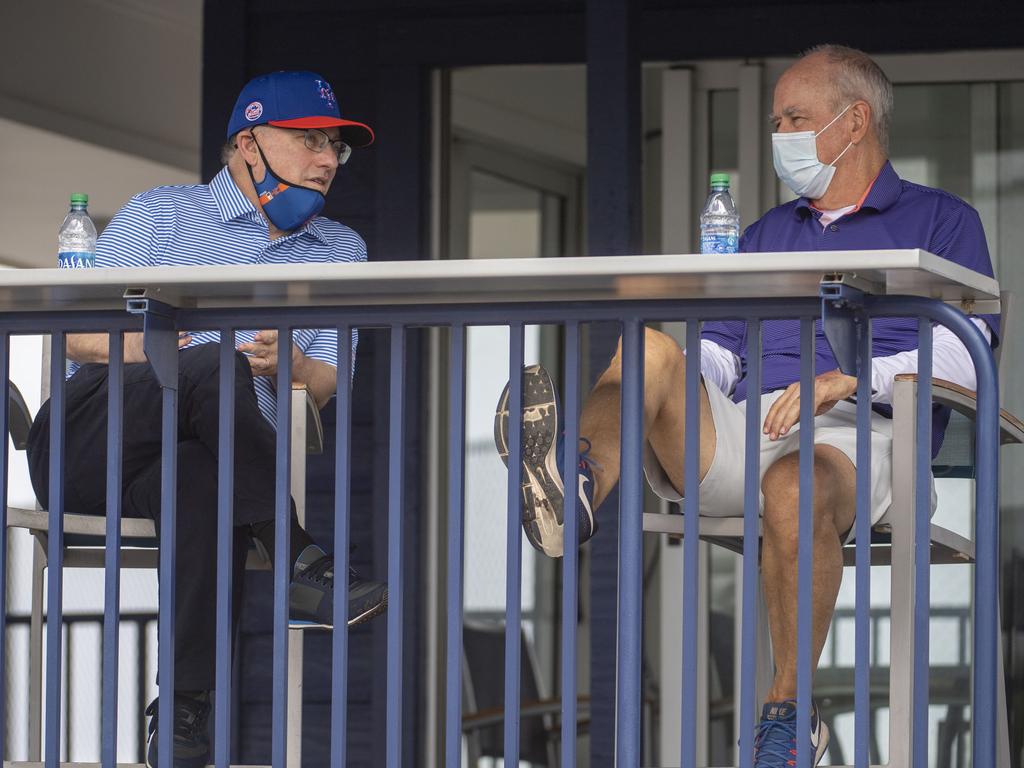 Several Point72 investors contacted by The Wall Street Journal in recent weeks said they were unhappy about the moonlighting or unaware of it altogether. Some said they withdrew their money from Point72 after Cohen bought the team partly because they viewed him as distracted by the Mets.

Cohen’s chief-of-staff, Michael Sullivan, said Cohen hasn’t missed a day of trading since he bought the Mets and continues to work seven days a week.

“Some members of his senior leadership team that were hoping he’d be distracted by the Mets on weekends have been horribly disappointed,” Sullivan said.

Other longtime investors said they believed Cohen remains engaged; one said Cohen was up trading at 4:30am. PT during the Milken Institute Global Conference in Los Angeles last week.

Redemptions from Point72 have averaged about 1% of assets each quarter and haven’t increased since Cohen bought the team, Galvin-Cohen said. She also said Point72 had grown in size by more than $5 billion since he bought the team, to $24.4 billion at the end of March. The firm is unaware of any investor discontent about the employee overlap, she said.

During a fireside chat earlier this year at an investing conference in Manhattan, Cohen said running Point72 and the Mets was similar because both were talent businesses reliant on hiring and developing the right people and because data analytics were important to both.

“I’ve got three jobs. I run my firm, I run the Mets and I trade a portfolio at my firm,” said Cohen, who is also an avid art collector and crypto enthusiast. “That’s why we’re only doing this for 35 minutes, you know? Actually, I’ve got to go over to Citi Field.”

Warsaw-based data engineer Mateusz Tomżyński, who was hired away from Accenture by Point72, wrote in a December LinkedIn post announcing his move: “I’m happy to join Point72 and New York Mets Teams! Data, cloud technology, sport and finance are those fields that I’m really interested in. I always wanted to work with at least one of those fields (like I used to), but working with all of them at one company, at the same time, it just went beyond my expectations!”

Some have been less public about their dual roles. Point72 Human Resources head Ariel Speicher also runs HR for the Mets, people familiar with the matter said. One of the people said Speicher provides leadership for both HR departments and has strong deputies at each.

Other crossover employees include Point72’s head of infrastructure engineering, head of technical recruitment and global head of end-user support. The Mets are currently in first place in the National League East. Picture: Rich Schultz/Getty Images

Cohen has been a force in the $4 trillion hedge-fund industry, building one of the biggest platforms for portfolio managers despite his prior firm’s settlement of insider-trading charges. SAC Capital Advisors pleaded guilty to insider-trading charges in 2013, paid $1.8 billion in penalties and agreed to cease managing outside money for two years. Cohen was never criminally charged. Point72, SAC’s successor, now employs nearly 2,000 people and manages billions more than SAC did at its peak.

While the Mets are soaring, Point72’s recent performance has lagged behind its competitors. It averaged a roughly 12% return a year after fees for the three-year period ended in December, compared to about 23% by Citadel’s flagship multistrategy fund, 16% by Millennium Management and 16.7% by Balyasny Asset Management, said people familiar with the firms. This year through April, Point72 gained roughly 3.5% while the S & P 500 over that period lost 12.9%, including dividends.

When speaking with investors, Point72 executives have laid some blame for recent performance on Gabe Plotkin, Cohen’s protégé who runs Melvin Capital Management. Point72 is a significant investor in Melvin, which suffered steep losses during the meme-stock rally of January 2021 and has also posted double-digit losses this year. A view of Citi Field during the Mets’ home opener on April 15. Picture: Mary DeCicco/MLB Photos via Getty Images It’s time to get excited about the New York Mets

The long-tormented franchise are doing the business this season, taking care of Atlanta and rising to the top of the NL East standings. 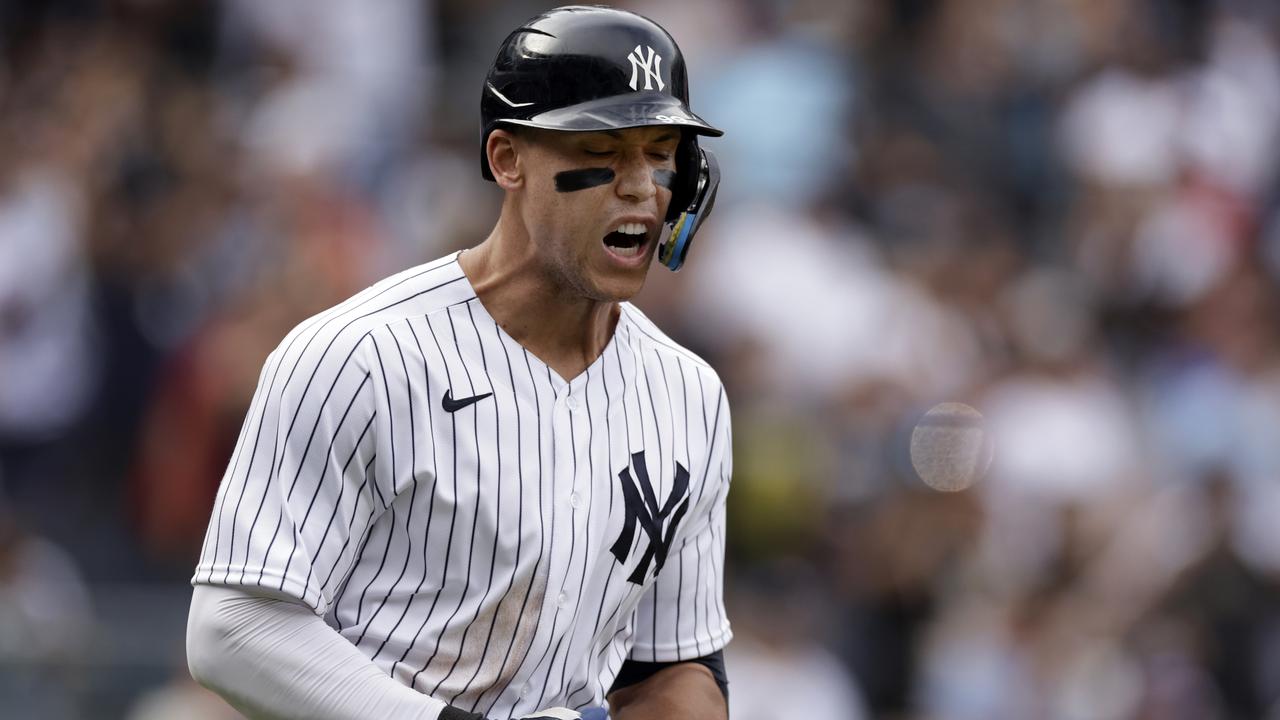 Crowds at Yankee Stadium have become expectant, sitting on the edge of their seat as they wait for Aaron Judge to dispatch a ball out of the park. 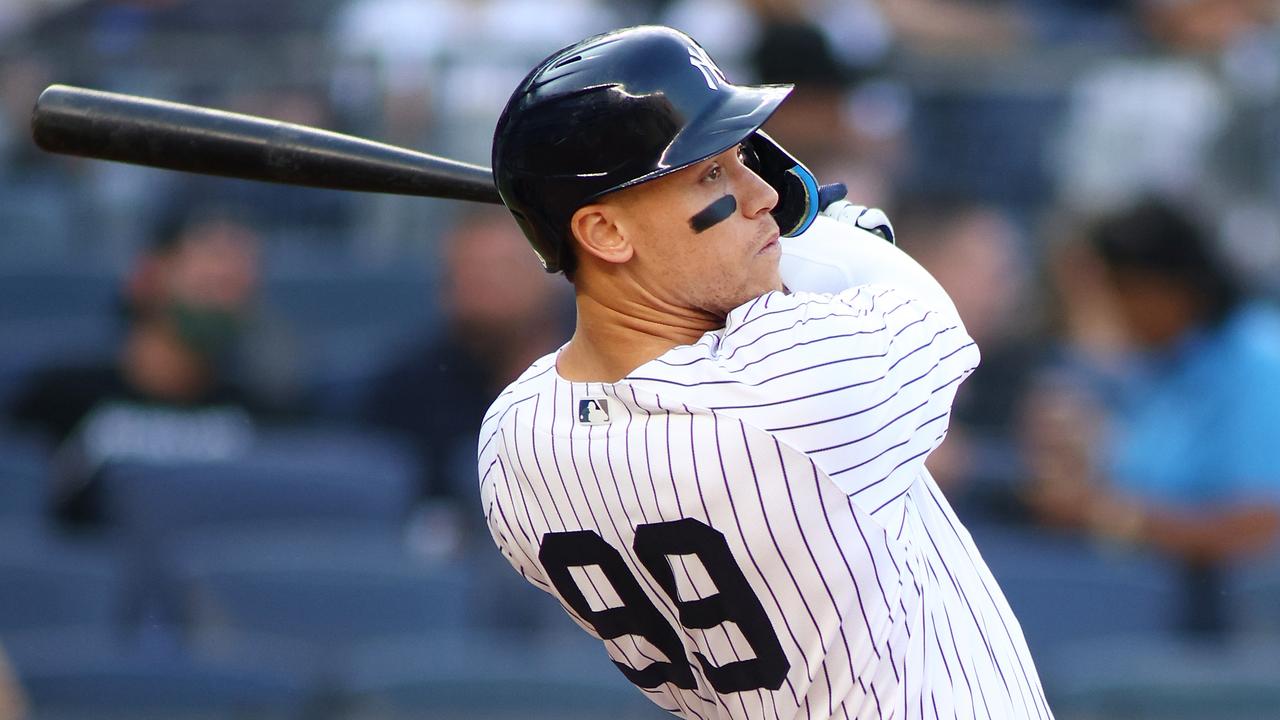 Why Judge is paying the price for MLB’s steroid era

Aaron Judge is in hot pursuit of what was once the most revered record in American sport. It should be among the biggest stories in the country. Instead, baseball is once again paying the price for the crimes of the Steroid Era, writes HOWIE KUSSOY. How the Mets and Yankees traded places in New York

The Mets are big spenders. The Yankees have folk heroes. New York’s two baseball teams are among the best in the sport — and have swapped identities. Buck Showalter has been in baseball long enough to know not to take it personal. That’s made his regular press conferences all the more entertaining. The Bull Durham movie captured the essence of baseball like nothing before it. Years on, it still connects fans to the sport like nothing else.