Michele Timms recalls when she inspired Aussie legend Lauren Jackson. Now, she is doing similar with the next generation of female ballers ahead of our home World Cup.

Michele Timms will always remember the year her Opals inspired the legendary Lauren Jackson to don the green and gold.

The year was 1994 and a baby-faced Jackson watched on in amazement as Australia hosted the World Cup, hoping to one day join her heroes.

Almost two decades on, Timms is aiming to have a similar impact on the next generation of Australian female basketballers.

The retired Opals legend returned to her junior club, the Bulleen Boomers, last week to launch the Molten Ball Relay ahead of this year’s Women’s World Cup in Sydney.

Molten, FIBA and Australian Women’s Basketball World Cup Organising Committee, have teamed up to provide junior players across the country their chance to see the official World Cup Ball as FIBA’s flagship women’s event returns to Australian shores for the first time since ‘94.

Watch Every Game of the 21/22 NBL Finals Live & Free with ESPN on Kayo Freebies. Sign up for Kayo Freebies now, no credit card required > Opals legend Michele Timms returned to her junior club, the Bullen Boomers, last week to launch the Molten Ball Relay ahead of this year’s Women's World Cup in Sydney.

The Molten Ball Relay will see the official World Cup Ball visit 20 local clubs across Australia, with each club being afforded the chance to get young female basketball players to share messages of support for the participating nations of the FIBA Women’s Basketball World Cup.

Timms, a FIBA Hall of Fame member, has signed on to help promote the Molten Ball Relay and encourage clubs and young females to support the FIBA Women’s Basketball World Cup.

“We talk about the legacy of having a home World Cup and Lauren was a young kid in her loungeroom Oz ’94,” said Timms, who has won two bronze medals and a silver representing the Opals.

“That is when Lauren said she wants to play for Australia one day and that is what we’re hoping will happen on the back of this year’s World Cup with all the young girls sitting at home watching or attending games.

“You want young girls to pick up a ball after watching the World Cup, and in players like Lauren, we’ve got actual evidence of it happening.”

In addition to the Molten Ball Relay, a Female Local Champions program, where female coaches, referees, and administrators from across the country who are championing female participation, will be encouraged to nominate and showcase their efforts in the community.

Three lucky champions will be flown to Sydney for the FIBA Women’s Basketball World Cup to meet Timms and learn from leading coaches and administrators.

“It’s such an honour to be involved to inspire the young girls to play basketball,” she said.

“You could see the smile on the young girls’ faces as they ran around on the court and that is what the sport is all about.”

The 2022 FIBA Women’s Basketball World Cup will tip-off on Thursday, September 22 and run through to Saturday, October 1.

31 May at Newcastle Entertainment Centre. Thon Maker will play his first game for Australia since the infamous brawl against the Philippines and the returning star is eyeing off a big prize. The indecision around Kyrie Irving’s next move has finally ended but only because the Nets did things their way. 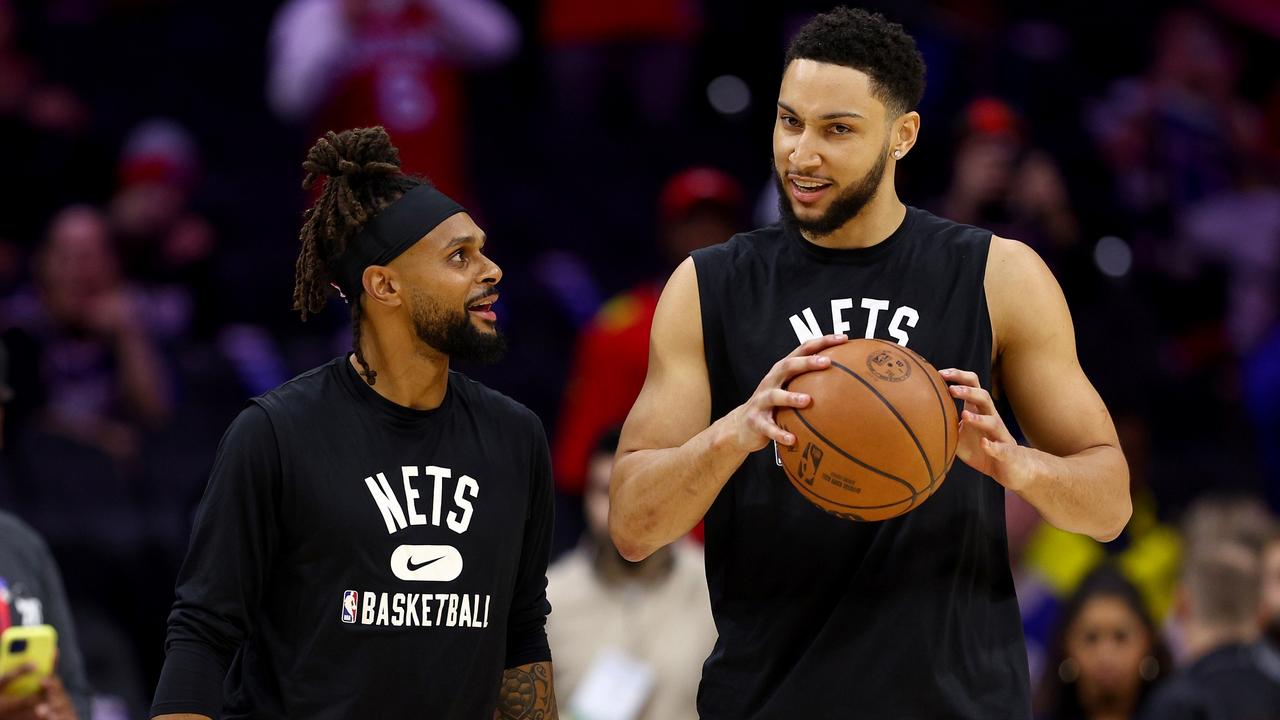 What’s next for Simmons, Patty and the Nets?

The futures of Kyrie Irving and Kevin Durant at the Brooklyn Nets remain unclear but Ben Simmons could become key for the New York-based team.