NBA history lives in a nuclear bunker in New Jersey

The league needed a vault for 50,000 tapes of game footage. It found one 50 feet below ground. The NBA has more than 50,000 tapes stored in a bunker under a mountain in New Jersey. Pictures: Ben Cohen/The Wall Street Journal

Up a mountain, past a gate and through a maze of iris scans, keypad scrambles and security checkpoints, there is a remarkable secret treasure stored in a bunker designed to withstand a nuclear blast.

It’s tucked away in the corner of an underground vault that was constructed more than a half-century ago by one of the world’s richest corporations to hedge against natural disasters, unpredictable catastrophes and existential risks. The warehouse it built has since been repurposed as a shelter for the most precious electronic assets of many other companies, including one prominent business that stores more than 50,000 tapes in a row of unmarked lockers.

These are the backup tapes of every game in the NBA’s archives. The best players, iconic games and classic moments of basketball history live inside a nuclear bunker.

The rare footage of Bill Russell, Wilt Chamberlain and Kareem Abdul-Jabbar and today’s highlights of LeBron James, Stephen Curry and Giannis Antetokounmpo share an unlikely home 50 feet below ground. The facility, built in the 1960s by AT&T, is now operated by a data protection and disaster recovery firm called Vital Records, Inc. It stores millions of tape cartridges in a heavily controlled, intensely monitored environment meant to survive when nothing else does. 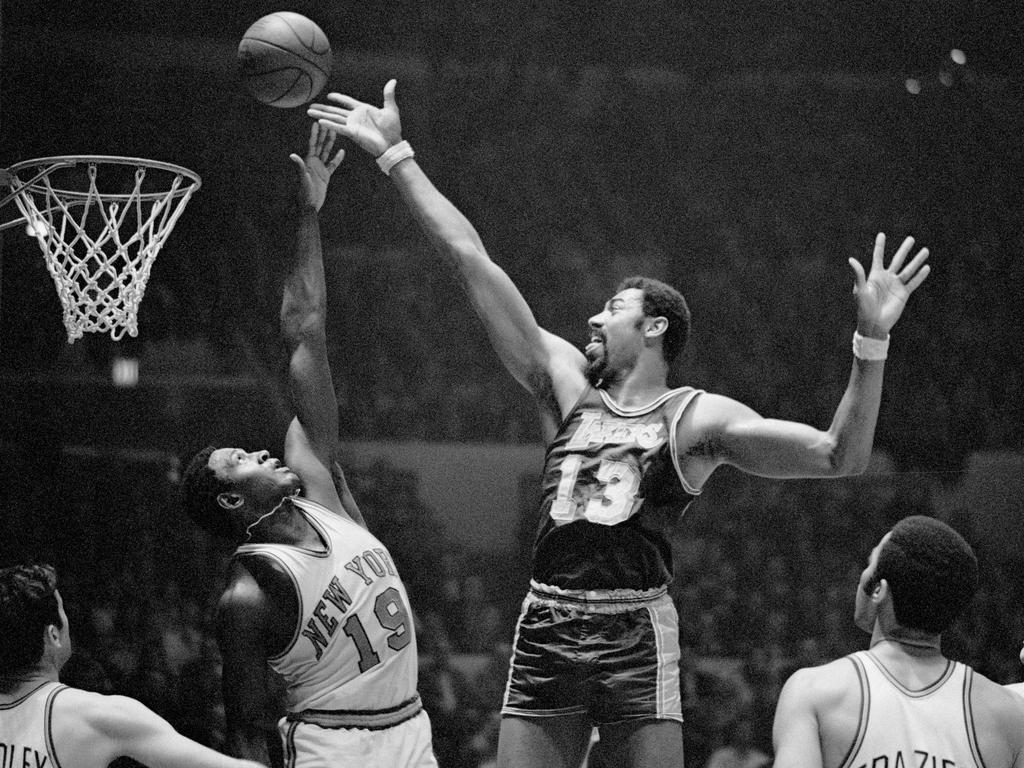 Wilt Chamberlain in action for the New York Knickerbockers in 1969. Picture: Getty Images

“It’s a boring business,” said Ron Riemann, the company’s president. “Everything else here is spreadsheets, legal information and research from pharmaceuticals.”

The irreplaceable corporate archives of the NBA happen to be the world’s biggest collection of basketball highlights, which is why there are backup copies in an indestructible repository, a common practice for sports leagues that preserve their history in a place they hope never comes in handy.

“Everybody’s doing it,” Riemann said. “It’s just that nobody knows about it.”

The NBA bought its parcel of VRI’s facility when it became clear that it needed a fail-safe option for an increasingly sophisticated technical operation powered by robotic efficiency. The official archive in Secaucus, N.J. amounts to 37 petabytes of data, which makes the NBA’s holdings nearly twice the size of the Library of Congress digital collection. The gap is widening every day. The NBA’s trove of data grows by several petabytes each season now that each game is being recorded in high definition from 12 different angles. The tapes dating back to the league’s founding are so voluminous, and the league’s needs so particular, that it built its own management system and recently overhauled the app that handles the archive. It’s called The Archive. “We have every amazing moment that exists at our fingertips,” said Paul Hirschheimer, the league’s senior vice president of content production.

This is not an exaggeration. Any play involving any team from almost any game now is automatically coded with play-by-play statistics, indexed and a couple of taps away. “Within one or two clicks,” said Chris Halton, the NBA’s senior vice president of media technology and operations, “you’re literally looking at the video.”

The ability to pull a clip and send a robot to fetch a hard copy to restore the footage was particularly useful to the NBA when the league mined its archives to commemorate its 75th anniversary this season. The combination of a vast library and powerful technology meant that anyone on the league’s network had nearly instantaneous access to video of today’s stars and the reels of legendary players from long ago.

But there is so much rich material in the same place that the league felt it should also exist somewhere else — and that somewhere else had to be offsite and offline entirely.

That backup is a place that very few NBA executives have visited. The league’s plot of 125,000 square feet across two underground floors is about an hour away from the primary archive, hidden at the top of a secluded road winding up a mountain that was enveloped in fog on a recent morning. The anonymity is part of the security. “People would have no clue this was up here,” said Brian Cassidy, a VRI account executive. 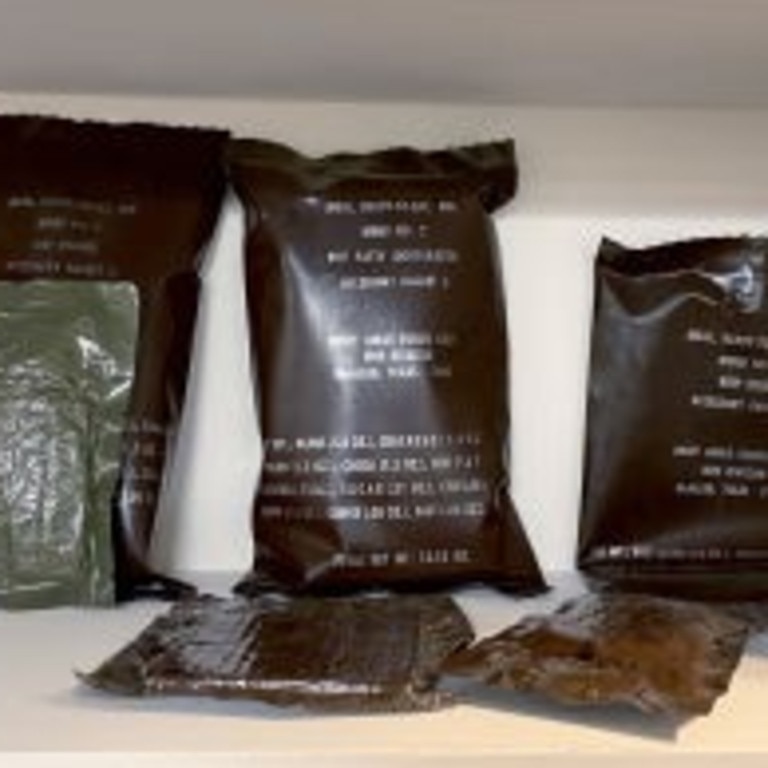 The NBA did not build the VRI depot. As it happens, neither did VRI. AT & T needed a strategy for maintaining business as usual in the event of an unthinkable emergency during a time when it seemed like any day could be doomsday. So it started digging.

AT & T poured resources into a subterranean nerve centre and paid attention to details that might seem trivial if the world above were burning. There was an office for the designated survivors in the executive ranks, but there was a separate, private space with two desks for the president of the company and chairman of the board, complete with their own personal nameplates to discourage any plans of a post-apocalyptic corporate shuffle.

Those offices now belong to the VRI executives. They kept the framed maps of AT & T’s routes and dialling networks hanging like relics. “Gotta put something on the walls,” Riemann said.

The peculiar art suits an office decor that’s equal parts midcentury modern and prepper chic. One bookshelf in the boardroom is lined with ready-to-eat meal packets offering a variety of culinary options: beef patties, beef slices, beef franks. On the shelf next to the dehydrated hot dogs are manuals from the 1960s with titles like “Radiological Defense Requirements for Monitoring Stations and Personnel,” “National Plan for Communications Support in Emergencies and Major Disasters” and “Survival in a Nuclear Attack.”

“The likelihood of such an attack is very small, but it is possible,” reads a Department of Defense memorandum in a display case beside the conference table. “If it comes, we know its consequences would be terrible.” The whole vibe of the bunker, including the lack of cellular reception and the light reading about nuclear holocausts, has the disorienting effect of walking into a time machine. When technological advances made AT & T’s contingency plans obsolete, VRI realised the building would still be useful for other purposes. After the company bought the site in 1995, the NBA quietly moved its tapes here in 2006. It was the closest thing they could get to an insurance policy.

There are no logos or labels that indicate their lockers contain what could be the last surviving footage of Michael Jordan playing basketball. The tape cartridges without any identifying markers are neatly stacked on dozens of storage racks and organised by a jumble of digits and barcodes. Even the short list of VRI contacts authorised to access the collection refer to the NBA only by the client’s formal account number.

The backup archive is available to the NBA at any time of day. For matters of routine maintenance, VRI has a scheduled pick-up at the league’s offices every other week. The company also promises deliveries within three hours, even if a request for a specific tape comes in the middle of the night. “We prefer 2am,” said Lori Young, the vault’s operations manager. “Less traffic.”

The security diligence in this unhackable bunker that can handle earthquakes and electromagnetic pulses might seem like paranoia, but the overkill is the point.

There are other lines of work that consider the tape inside the NBA’s lockers to be the past. In sports, it’s history.

“There is no expiration date on history,” Riemann said. 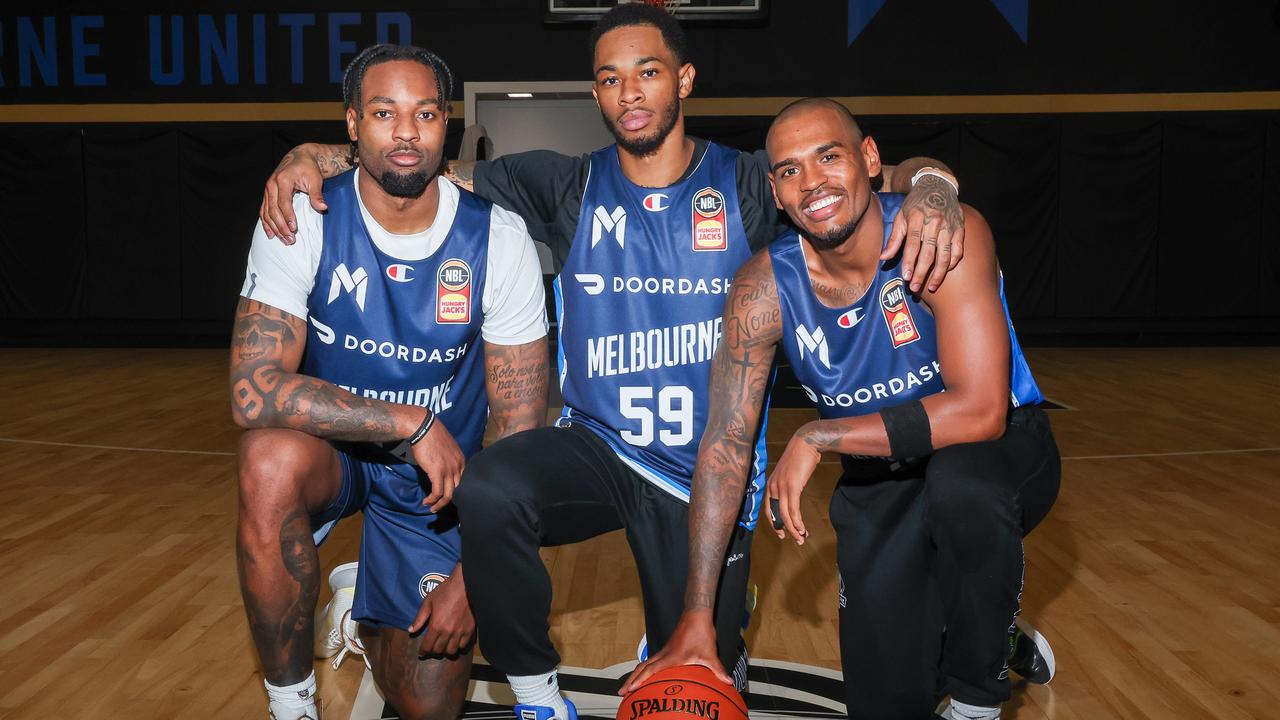 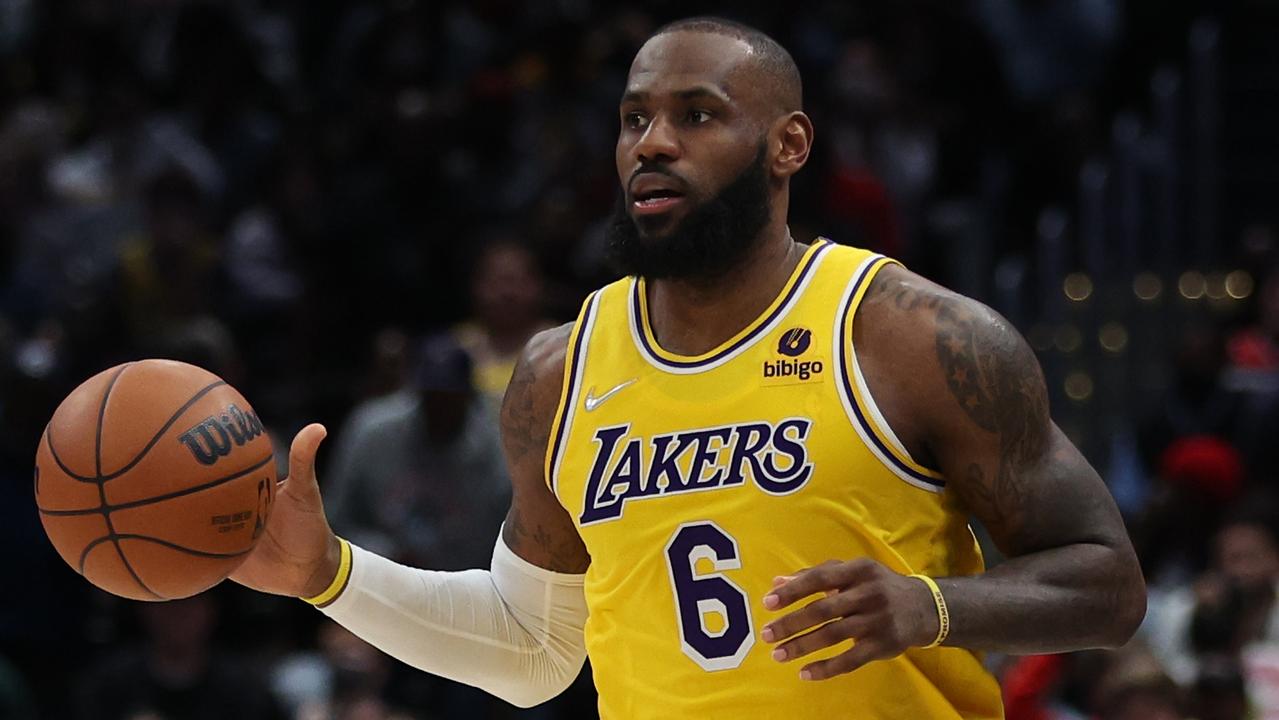 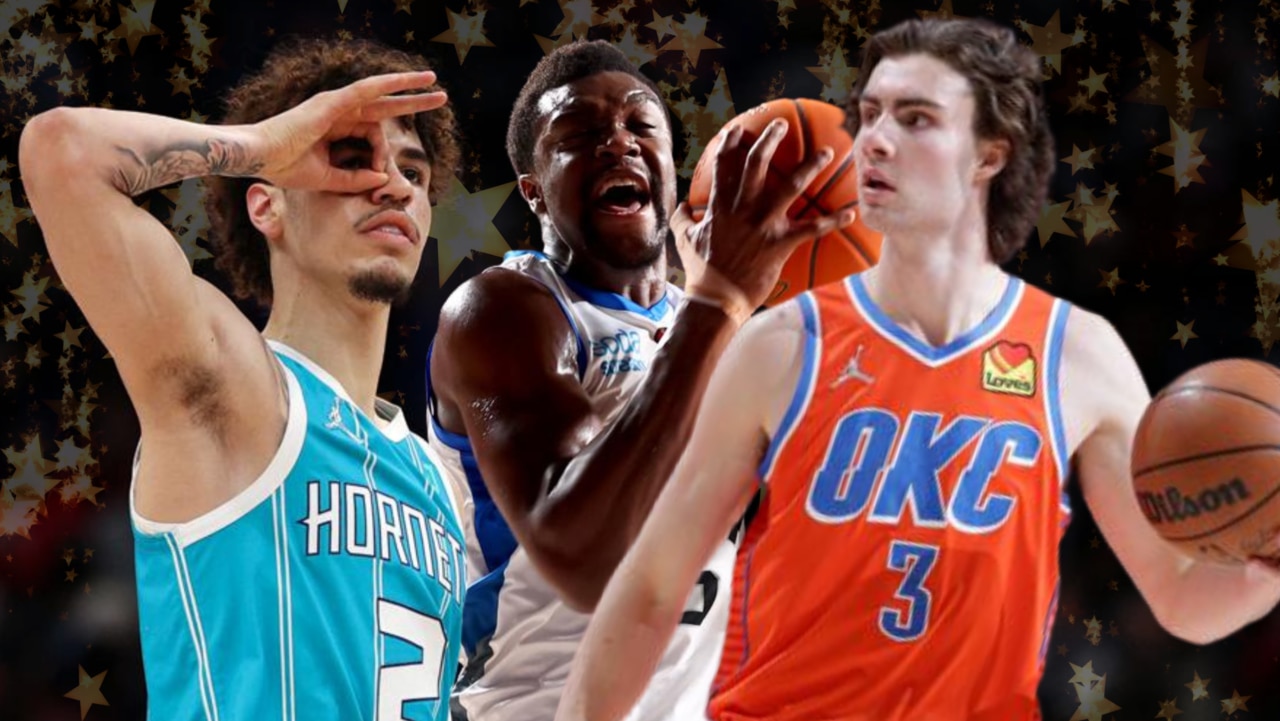 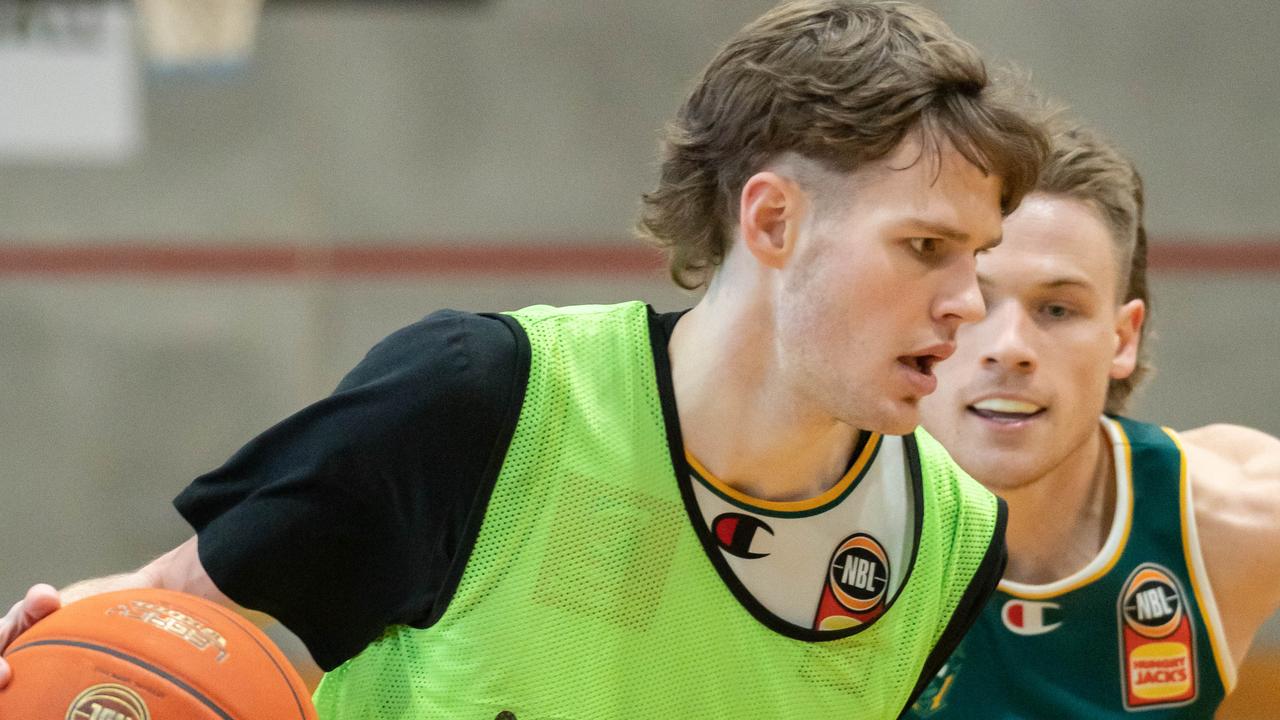 One of the NBL’s greatest names could soon be back on the national stage with Andrew Gaze’s son pushing for an opportunity to emulate his famous father.