Covid is Dimming the Lights of the NBA’s Holiday Spectacular

Some of the NBA’s biggest stars are likely to miss the league’s Christmas games because of the latest Covid surge disrupting the league. “The only symptom I had was boredom.” Chicago Bulls star DeMar DeRozan is under protocols after returning a positive test. Picture: Douglas P. DeFelice/Getty Images

The NBA is officially two months into the season, but the sport’s unofficial opening day has lately been Christmas, when the league showcases its best teams and flaunts its brightest stars in a holiday basketball spectacular.

But the most wonderful time of year is now looking grim.

The NBA muddled through another turbulent period of the pandemic over the weekend as it postponed five games amid outbreaks on several teams and nearly 70 players testing positive for Covid-19. It also endured the spectacle of the prominent famous unvaccinated player, Kyrie Irving, rejoining the Brooklyn Nets only for him to immediately enter the Covid protocols.

The league’s most significant disruption in the era of Covid vaccines comes as the especially contagious Omicron variant is beginning to spread rapidly across the country, and it threatens to spoil Christmas for the NBA and strand many of the game’s biggest names at home. Unless they can test out of the league’s health and safety protocols, there could be enough players absent to form an All-Star team.

Atlanta Hawks showman Trae Young might not be taking another bow in Madison Square Garden. Giannis Antetokounmpo of the reigning champion Milwaukee Bucks could be dunking Oreos instead of dunking on the Celtics. And the Brooklyn Nets’ big three of Kevin Durant, James Harden and Kyrie Irving is temporarily down to none. 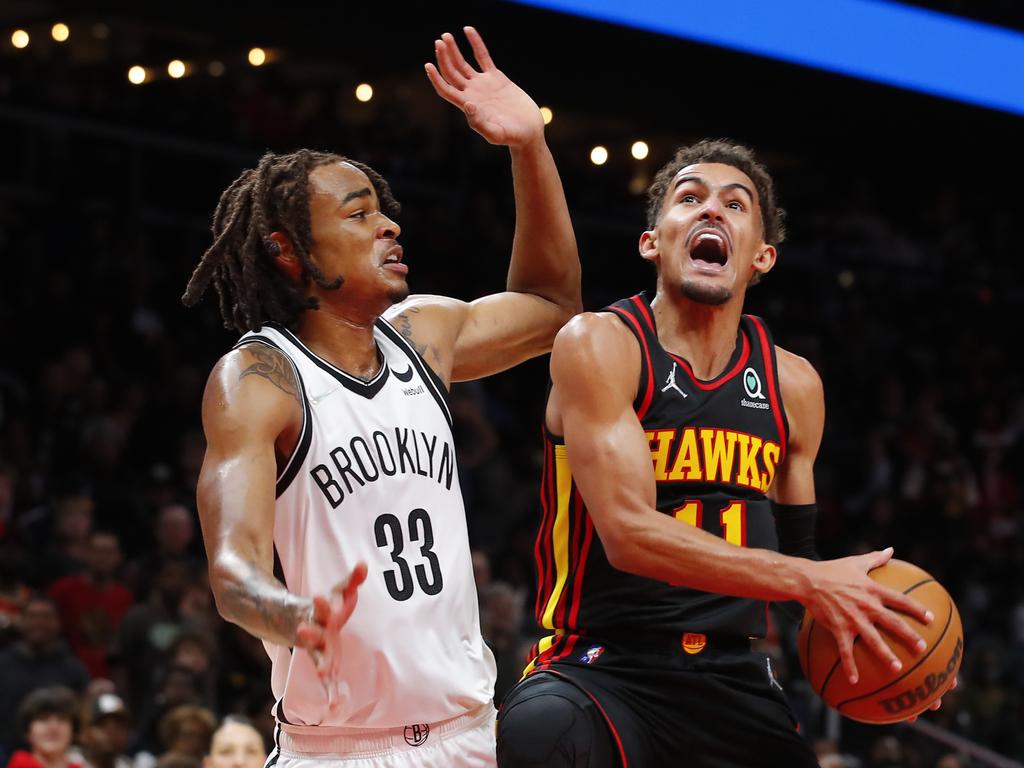 Trae Young will miss the Atlanta Hawks’ appearance in the NBA’s Christmas extravaganza unless he can exit the Covid protocols. Picture: Todd Kirkland/Getty Images

The result of the latest rocky week for the NBA is that coaches, executives and players collectively earning more than $500 million in salary are watching a suboptimal product like the rest of us.

The league that bubbled in 2020 but was determined to keep playing in 2021 is not planning to change its strategy for 2022. The NBA says that 97% of players are vaccinated, and more than 60% of eligible players have received booster shots, which helps explain why most have reported few if any symptoms after they test positive. Under new guidance the league is rolling out for the two weeks after Christmas, boosted players won’t be subject to daily testing, though there may be exceptions for teams in the thick of outbreaks.

But as it struggles through another pandemic season, the NBA does have one advantage over other sports: time.

The College Football Playoff is two weeks away. The NFL is battling its own gush of cases as the Super Bowl approaches. The NHL has seen 10 teams postpone games or close facilities because of outbreaks. The Olympics will bring thousands of athletes from hundreds of countries around the world to a nation clinging to a no-tolerance approach that may not be sustainable for much longer.

When the NBA playoffs roll around in the spring, the country will almost certainly be through the worst days of this wave. But it could get messy in the meantime. LA Lakers coach Frank Vogel has also been caught up in the protocols, with team staffers and management falling under the same strict guidelines as the players. Picture: Elsa/Getty Images

With no appetite for another pause or shutdown, the NBA is attempting to minimise disruptions with stopgap measures, such as expanding rosters so that teams can have the bare minimum of eight players required to avoid postponed games and rescheduling hassles. This demand has created an opportunity for G League players: They can pocket more than $100,000 on a 10-day contract as long as they’re able to stay healthy.

The latest team to find itself navigating the uncertainty of the NBA’s pandemic era was the Nets, who managed to cram so much drama into one weekend that it was easy to forget they also played an actual basketball game.

The whiplash action began with the announcement that Irving would be returning to a Nets team that had been decimated by Covid absences. Irving hasn’t played this season because he refused to get vaccinated to satisfy a New York City mandate and the Nets refused to allow him to be a part-time employee. Their stalemate ended when the team backed down. Nets executives say the combination of the virus, injuries and the workload on their stars left them with no choice. 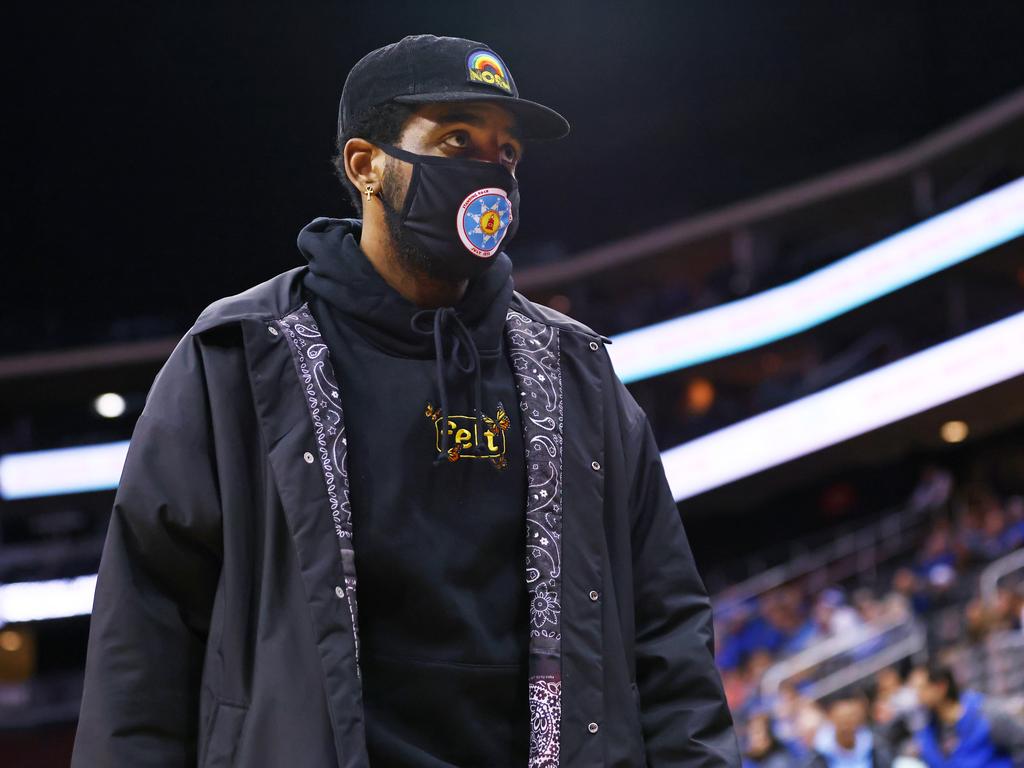 “Continuity’s been thrown out the window with Covid,” Nets coach Steve Nash said, “so I think it’s important for us to use all the resources we have to navigate the season.”

The only surprising thing about what happened next was how quickly it happened. The Nets said on Friday night that Irving was returning. He was sidelined by the NBA’s health and safety protocols on Saturday afternoon.

Their game on Saturday night against the Orlando Magic was missing a combined 24 players from both teams, including Durant, who was ruled out minutes before Irving that morning. It was ugly. The Nets started three rookies, brought three players off the bench they had signed days earlier under hardship exceptions and lost at home to one of the NBA’s worst teams. They finally caught a break on Sunday morning: The NBA postponed Brooklyn’s next two games. Patty Mills has been significant for the Nets in Kyrie Irving’s absence, and is one of the few players in their roster not impacted by the protocols. Picture: Sarah Stier/Getty Images

One silver lining from the latest spike in cases across the league is that hundreds of players have likely had Covid, gotten vaccinated and then boosted, giving them the most powerful form of protection against infection and dramatically reducing their low risk of troubling symptoms or severe disease.

And there was some encouraging news from an otherwise bleak weekend in the NBA: The players who were hit early in this Covid wave are coming back to the court already. The Chicago Bulls were the first team to have games postponed this season as the virus tore through their fully vaccinated locker room. They’re also the first team to inch back to something resembling normalcy.

DeMar DeRozan was in the middle of a fabulous season for the Bulls when he became one of their 10 players sidelined by the league’s protocols. While other NBA stars registered two negative tests and were cleared to return before their isolation period expired, DeRozan hasn’t played in more than two weeks even though he remained asymptomatic.

“I felt completely fine,” he said. “The only symptom I had was boredom.” LeBron James sent his Lakers teammates the perfect message by saying nothing at all. He could not have asked for a better response but one question remains: can they back it up? Off the court, Trae Young is the shy kid from Oklahoma who turned down the best basketball schools in the country to be close to home. On the court, he’s the guy opposing fans loves to hate. ‘It’s scary to think where they’d be without him.’ Boomers hero Patty Mills has been immense for the Brooklyn Nets since arriving from the San Antonio Spurs. Inside Klay Thompson’s return after 941 days 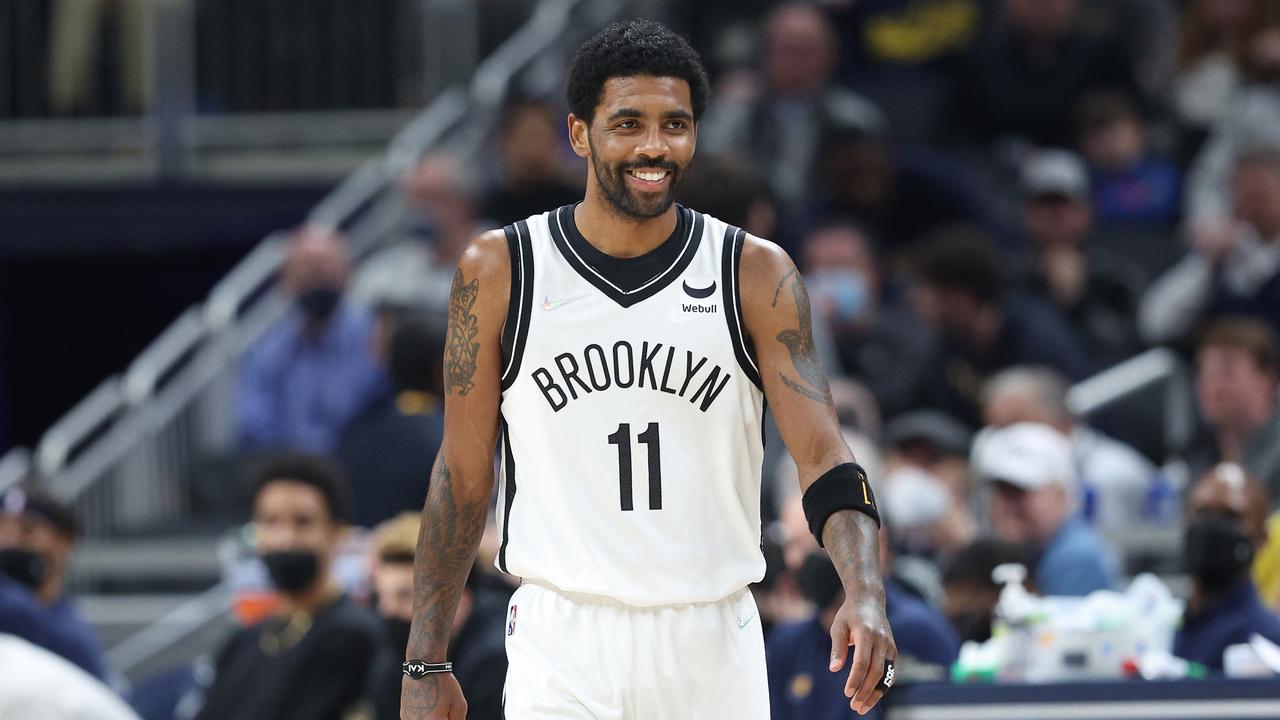 The return of unvaccinated Kyrie Irving to the Brooklyn Nets’ line-up will boost the team’s playoff hopes but will raise challenges going forward for the guard and his teammates. When my daughter was down, Dirk Nowitzki offered an act of kindness, writes CHRIS ANSTEY. And when it was time for an unforgettable life lesson, the NBA icon was there again.