Gary Payton II was ready for another career, fearing his Warriors days could be over. Now, he’s part of a team two wins away from an NBA championship. After games, Gary Payton II often remains on the court to chat with family and friends. His smile is infectious. His laugh booms across the empty arena. It's clear he wants to savour every moment, lingering as long as possible.

Considering his journey, it makes sense.

About eight months ago, Payton heard that he was about to be cut by the Golden State Warriors. Instead of being bitter or resentful, he hatched a plan. The team had an open position for a video co-ordinator, and he was going to ask for it. He figured he could embed himself with the team, learn as much as possible and, hopefully, sign a 10-day contract down the line.

But the Warriors decided to keep him on their roster. Now, entering Game 5 of the NBA Finals on Monday, the scrappy point guard who had steeled himself to walk away from basketball has become arguably the best perimeter defender on a Warriors team that‘s two wins away from a championship.

It's all a bit surreal for Payton.

Payton has not had an easy path in the NBA. 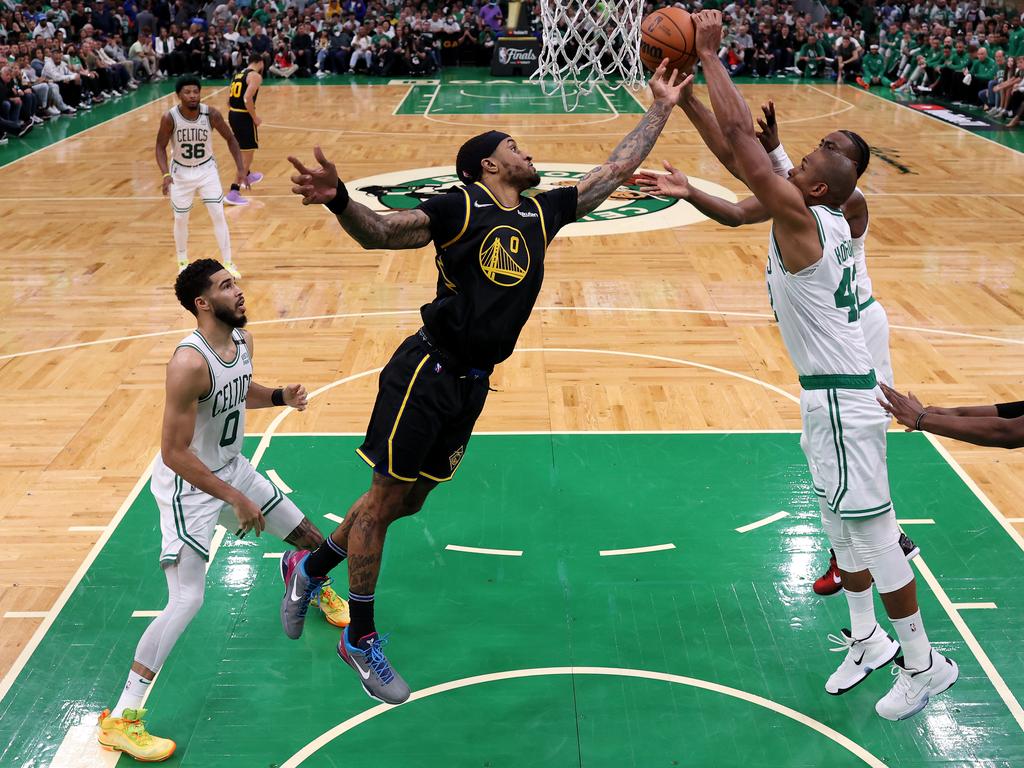 He was undrafted in 2016 out of Oregon State. For five years, he tried to find a home in the league, ping-ponging among the Houston Rockets, Milwaukee Bucks, Los Angeles Lakers, Portland Trail Blazers, Washington Wizards and Warriors, a journey that included stints with six G League teams.

Following a few 10-day contracts with the Warriors last season, the team oscillated on whether to keep Payton before ultimately deciding to sign him to a one-year contract in October.

Since then, the 6-foot-3, 193-pound bundle of energy has proven himself as a lockdown defender, a strong rebounder, a bouncy trampoline off the fast break and a genuinely likeable guy whom teammates and coaches root for.

Payton gained the respect of everyone around him, so much so that Warriors coach Steve Kerr decided to move him into the starting line-up during their second-round playoff series against the Memphis Grizzlies, knowing Payton was the team‘s best option to slow down Ja Morant.

Payton went from being nearly out of the NBA to one of the main storylines of the Western Conference semi-finals, tasked with guarding a top player in the league. Suddenly, all eyes were on him following a half-decade of not being able to get anyone‘s attention.

But not even three minutes into Game 2 of that series, Grizzlies guard Dillon Brooks swung down on Payton as he attempted a layup, sending him flying dangerously toward the ground. Payton suffered a fractured left elbow on the play, sidelining him for a month.

Dillon Brooks was ejected from Game 2 early in the first quarter for a flagrant 2 foul on Gary Payton II. pic.twitter.com/JpqdLFwRdg

After the game, everyone was livid for him.

Steph Curry called the play “out of line.” Draymond Green said it was a ”bulls--- foul.” Kerr added that Brooks ”broke the code.”

“This is a guy who has been toiling the last six years trying to make it in this league, finally found a home, just playing his butt off this year,” Kerr said in May. ”In the playoffs, this should be the time of his life. And a guy comes in and whacks him across the head in midair.”

The only person who wasn't upset? The guy whose big break had been robbed from him.

That night, Payton didn't go home and cry. He didn’t scream. He didn’t throw things. Instead, he decided to pour himself into his rehab so he could have a chance of returning if the Warriors didn’t get eliminated first.

“I definitely appreciate them all having my back, but for me, for my mental [state], it was just like things happen. It is what it is,” Payton told FOX Sports.

Not only did Payton forgive Brooks, but he actually went as far as identifying with him, claiming he could've done something similar if he had been in the same situation.

“It's playoff basketball, no lay-ups,” Payton said. ”I understand that. There’s no lay-ups. I’d probably be the same — I’d try to foul because no lay-ups.”

Payton II is always willing to fight for the ball. Picture: Elsa/Getty Images/AFP

Payton has an incredible ability to focus on the silver lining of situations. He doesn't get down. He accepts things as they come and pushes forward. When asked how he maintains such a positive attitude, he flashed his signature smile.

“I listen to a lot of Bob Marley just to ease my mind and chill and relax,” he said.

Payton said he learned how to shake things off through all the setbacks he has faced, including the series of rejections from NBA teams.

“Probably the first [cut], I probably cried and threw stuff around and didn't expect it coming,” he said. ”But it’s been like six or seven or eight now. I know what to do now. I go back to the drawing board, start all over again and just try to create opportunities for myself.”

As the son of Hall of Famer Gary Payton, who was nicknamed “The Glove” because of the way he‘d stick guys, Gary II has defensive DNA in his blood. But his father wasn’t the one who taught him how to guard players of any size with stunning speed and skill.

Instead, Gary II proudly forged his own path, finding a way to make himself relevant on the court.

“Growing up, he kinda just let me figure it out — and it came to me,” he told FOX Sports.

And now that he's a key cog for an NBA team, that’s all he cares about. He’s as unselfish as they come. When asked how much starting in the second round meant to him, he said very little.

“If I can fit in the starting line-up to help my team get the advantage, I‘m with it,” Payton said. ”And if I come in and don’t play all day and play 30 seconds during defence on the last possession, I’m with it. I just want to do my best for my teammates and help us win.”

The Warriors have taken note of his good attitude, as has everyone else.

When Payton was subbed into Game 2 of the NBA Finals with 5:30 remaining in the first quarter, finally making his return following the elbow injury, he received a standing ovation from 18,000 fans at Chase Center.

He went on to play 25 minutes, logging more time than any other reserve. He finished with seven points on 3-for-3 shooting, three rebounds, three assists and a plus-minus of plus-15 in the team‘s 107-88 win. 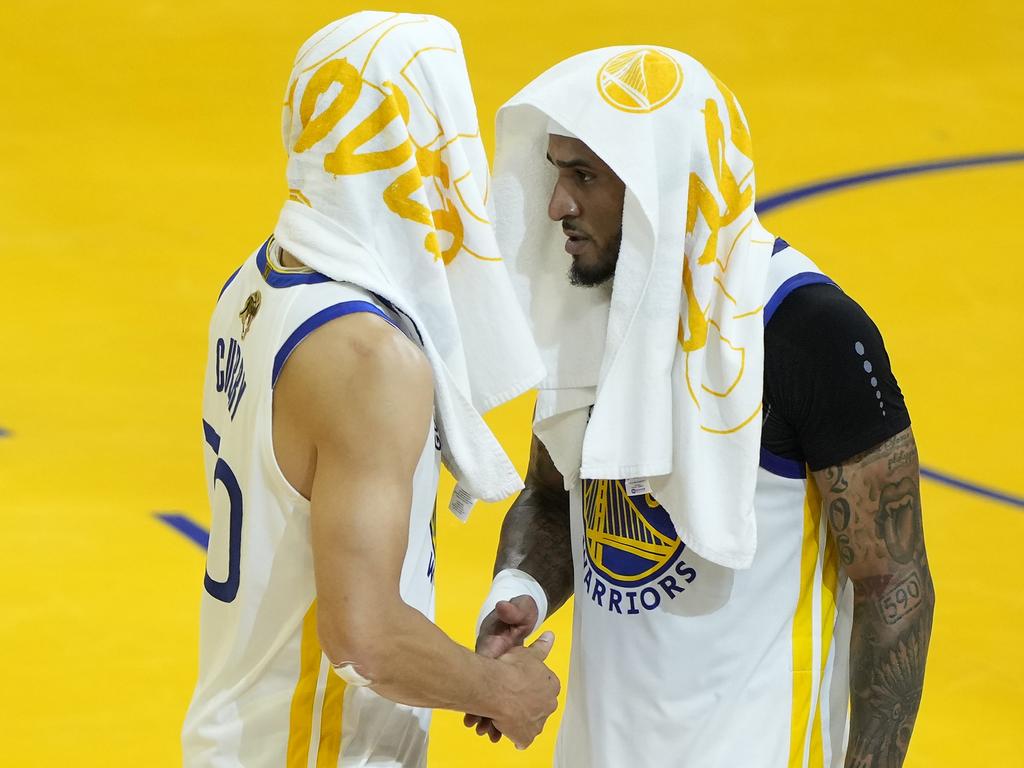 Steph Curry has been the star but Payton II has had valuable contributions this Finals series. Picture: Thearon W. Henderson/Getty Images

“I thought he was brilliant,” Kerr said after the game. ”The level of defence, physicality and speed in transition — it gives us a huge boost.”

For Payton, everything has come full circle.

After so many setbacks, he‘s fully enjoying every moment he’s on this stage. Just a short time ago, his future was murky. But through a combination of sheer determination and positivity, he’s finally exactly where he wants to be.

He now swears by his motto, a beautiful and simple approach to life that has allowed him to get over every hurdle.

“You never know, things can end up like they have now,” he said. ”I just try to stay positive, listen to Bob and just chill.”