Steph Curry and the Golden State Warriors are out for blood

The evidence is all there, we’re just not fully conditioned to see it yet.

The Golden State Warriors are the toughest, most rugged, most ruthless, most unapologetic, angriest, snarliest, most in-your-face team left in these NBA playoffs.

The Warriors, the team that won all those championships with swiftness and smiles and shooting and small ball.

The Warriors, with nice guys like Stephen Curry who does things such as graduate from college in his spare time.

The Warriors, with Klay Thompson, who no one dislikes, and Andrew Wiggins, who has spent most of his career being regarded as soft.

Yet after three years without so much as a sniff of the latter stages of playoff action, this postseason has brought out a mean streak in Golden State, which, coupled with their talent and form, has generated an apparently unstoppable force. 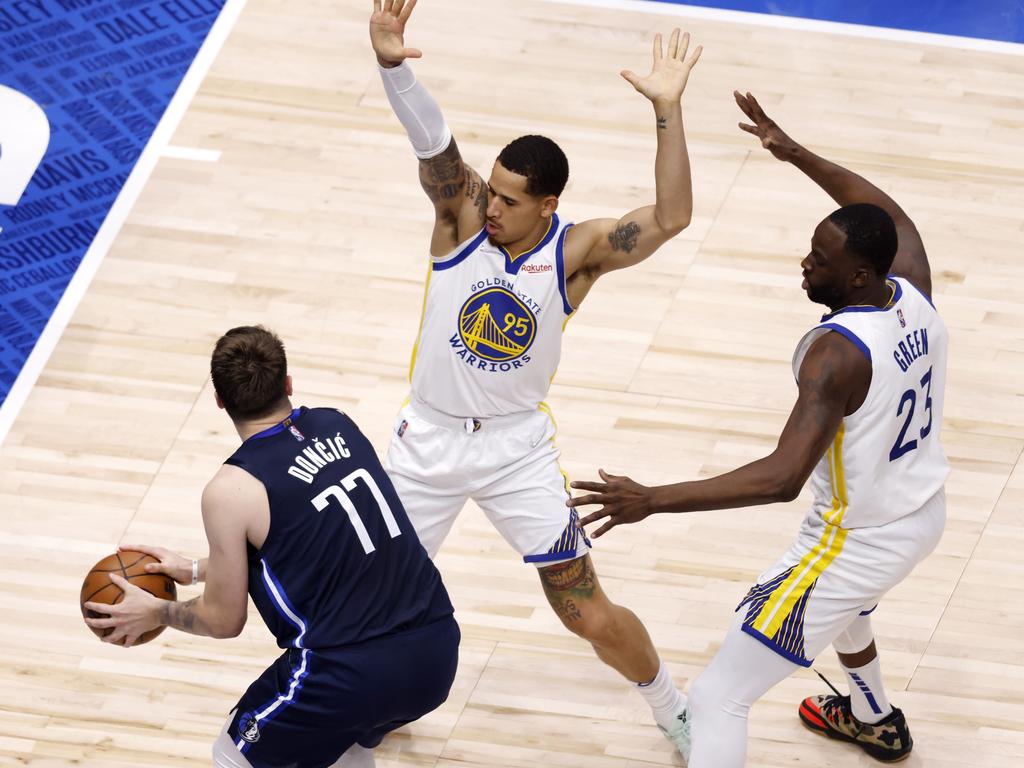 On Sunday, Wiggins gave an emphatic sign of the new times with a thunderous poster dunk on Luka Dončić, as the Warriors took a 3-0 lead over the Dallas Mavericks in the Western Conference finals. Curry hit a no-look 3 and then stuck his tongue out to celebrate it, sparking a bench-clearing exchange of views. Draymond Green yelled some NSFW delicacies in the direction of the Dallas players.

All in all, the Warriors put their foot on the Mavericks’ throats, having found their inner, well, Warrior.

They’re not playing around, not even a little bit. After the frustrations of that barren period and a widespread assumption that the team’s title window had slammed shut with Kevin Durant’s departure, now the opportunity has returned, with Curry aged 34, and Thompson and Green both 32.

Sure, there might not be many more chances like this. There wasn’t any kind of certainty that this one would arise, but they’ve gotten here by not only being better, but by being tougher than their opponents.

After three frustrating years, Golden State is on a tear for another title — and looking scarier than ever. 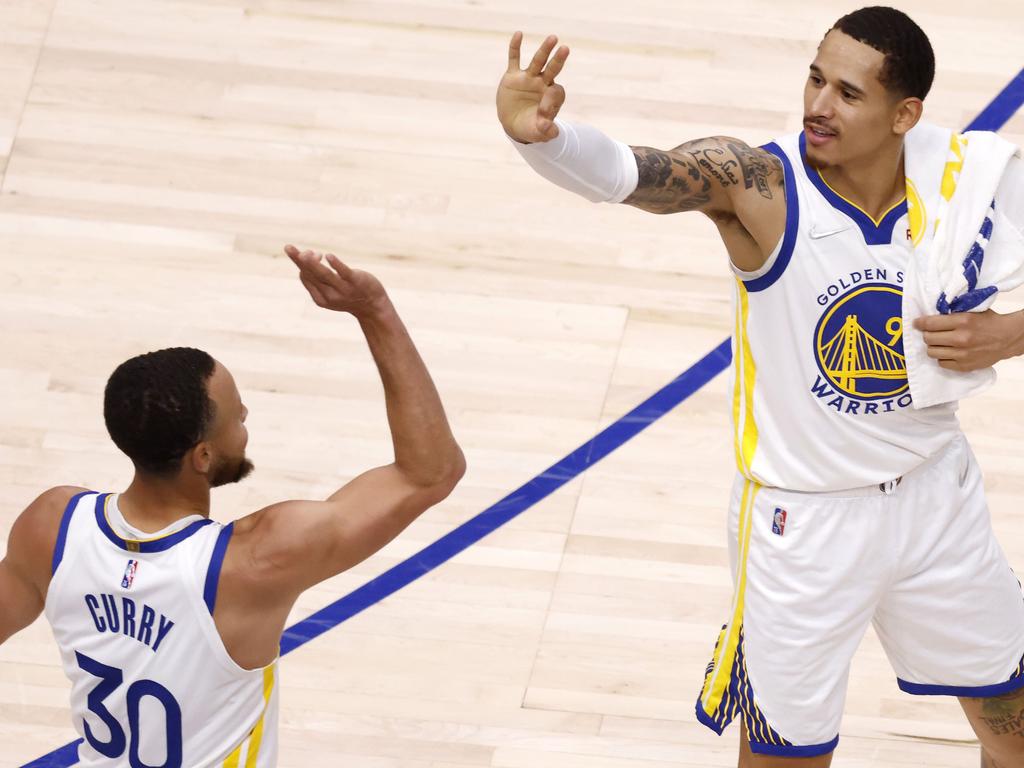 The Warriors are leaving everyone in their wake. Picture: Ron Jenkins/Getty Images/AFP

Memphis came after them – the Grizzlies were “nasty and testy” according to Green — and Golden State has responded in kind, to win that series and then carry the mindset forward. Even mild-mannered head coach Steve Kerr has gotten in on the act, describing how Curry ”smelled blood” in the crucial stages of Game 2.

The steelier edge seems to be a top-to-bottom thing, a timely reinvention that permeates through the organisation.

Here is an example. The slogans NBA teams use for their playoff runs are largely a tame and harmless marketing tool, designed to foster some local pride and generate additional buzz.

Boston has “Celtic Pride,” Phoenix had ”Rally The Valley,” the Mavericks have ”Dallas In,” none of which were either designed nor likely to elicit much terror in the hearts of rival teams.

While the Warriors’ choice of “Gold Blooded” isn’t the most fearsome you’ve ever seen, it certainly has more growl to it than anyone else’s.

And it sums up the way they are playing. Wiggins has turned into an enforcing difference-maker. Green is once again ready to rumble, wherever, whenever. And no one is taking a backward step. They’re in the moment. The Splash Brothers will be hard to stop on their way to another title. Picture: Harry How/Getty Images

Dallas hasn’t had any kind of an answer and it is hard to see the Warriors being stopped now.

“I didn’t think we’d be looking at a possible sweep, or even a gentleman’s sweep,” former NBA All-Star Antoine Walker said on FS1’s ”First Things First.” ”Steph Curry has been aggressive. He’s not allowed getting off to bad shooting starts to affect his play at all. You’ve got to give him a lot of credit, he’s stayed aggressive through the whole playoff.”

He’s not alone. If it feels like an inevitable conclusion is now coming in these playoffs, it is because of this. The Warriors have more playoff experience, more championship experience, more big-game experience and just more experience-experience than any other team remaining in this NBA postseason.

And once, to top it all off, they went looking for blood — everyone else was in trouble.