The Aussies are back. NAT MEDHURST‘s report card details how they beat England – and why Jamaica should be worried ahead of gold medal game. Where the match was decided

The game was won on intent. From the first whistle, the Australians made their intent known and, for almost 60 minutes of the game, they executed their game plan exceptionally well and showed composure and confidence in their ability.

The Australians’ intent to play hard one-on-one at the first whistle was something the Roses seemed unprepared for. And their ability to chase down loose balls was a sign of a team with a point to prove after the loss to Jamaica and were focused on the one percenters.

It was clear from the start the Aussies were going to back Gretel Bueta against Geva Mentor. Whether on the move or going over the top, Bueta was the primary target, pulling in some beautiful balls and finishing off. The shooting again from both Bueta and Steph Wood was phenomenal in a high pressure game.

Shooter-to-shooter connection was back. Clarity on who was doing what enabled easy ball movement and for the goal circle to be well balanced. Wood’s timing into the circle to either draw a player to open up Beuta, or get it for herself, was what Australians love to see.

Depth on the second phase really cut it open, which did not allow the England defenders the chance to properly set up their defensive structures and have a crack at the ball.

Against Jamaica, the movement of Bueta out of the circle was not effective but, against England, her timing of when to come out and release the ball versus when to stay back in the circle and wait for it the ball to come to her was bang on. Quietly going about their business, the Australian mid-court sliced their way through the England defence. Their vision into the circle was impressive and even more so their execution on the pass, especially into Bueta.

There was sharp movement from Kate Moloney and Liz Watson and great use of triangles to open up the circle. They were patient in their movement onto circle when needed, but also quick to sight Bueta and release the pass to catch the England defenders off guard.

Defensive transition was a standout, again enabling ball to be turned over quickly or for the defenders to come out for a fly. In defence, Moloney and Ash Brazill’s ability to cover the first lead of the England players forced them to look elsewhere, often resulting in held balls or wayward passes. 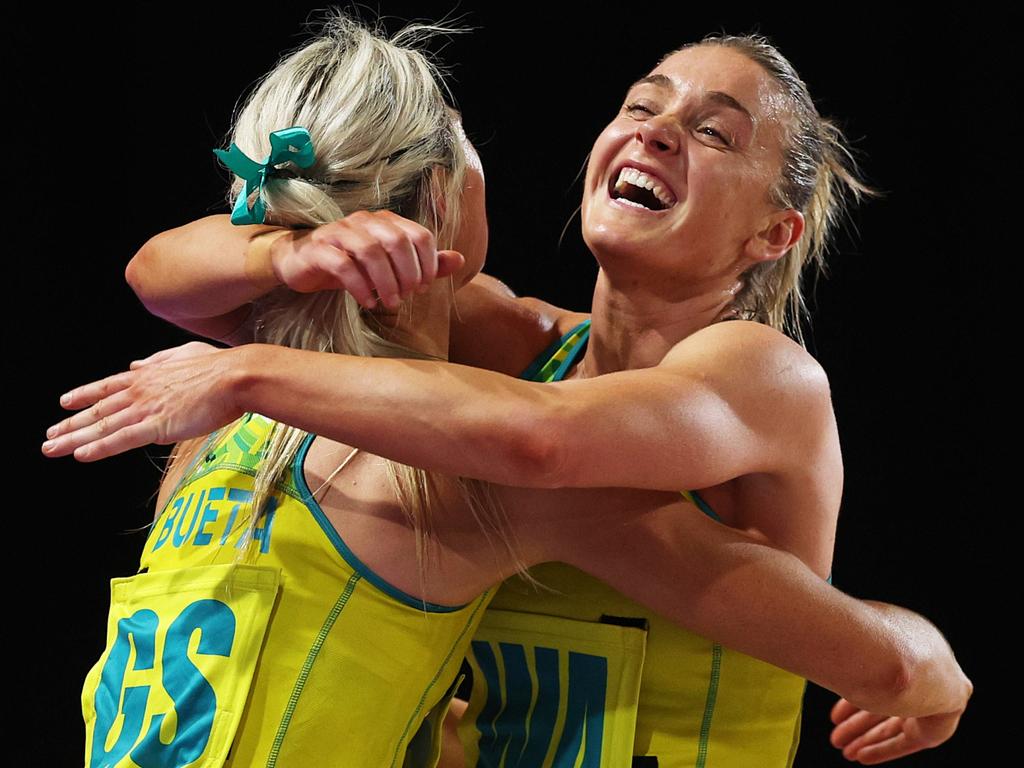 Tight one-on-one Australian defence from the start set the tone for the rest of the match. They forced England to have to work passes back and reset, creating hesitancy in passes and opportunities for Australians to attack the ball. The Aussies were strong on the first ball contest and smart in their ability early to keep away from the whistle in the process. With a mountain of changes in the England’s shooting circle, the ability for Courtney Bruce and Jo Weston to make measured tweaks to their defensive pressure enabled those changes to have minimal impact.

As a defensive unit, they mixed up their defensive set-ups from the traditional one-on-one to a box formation which kept the England attack line constantly guessing and questioning who was running where, which the Australians capitalised on. Despite drawing some umpire attention throughout the game, the Australians’ ability to maintain physical pressure worked in their favour as the Roses frustrations grew and they became distracted them from the task at hand. 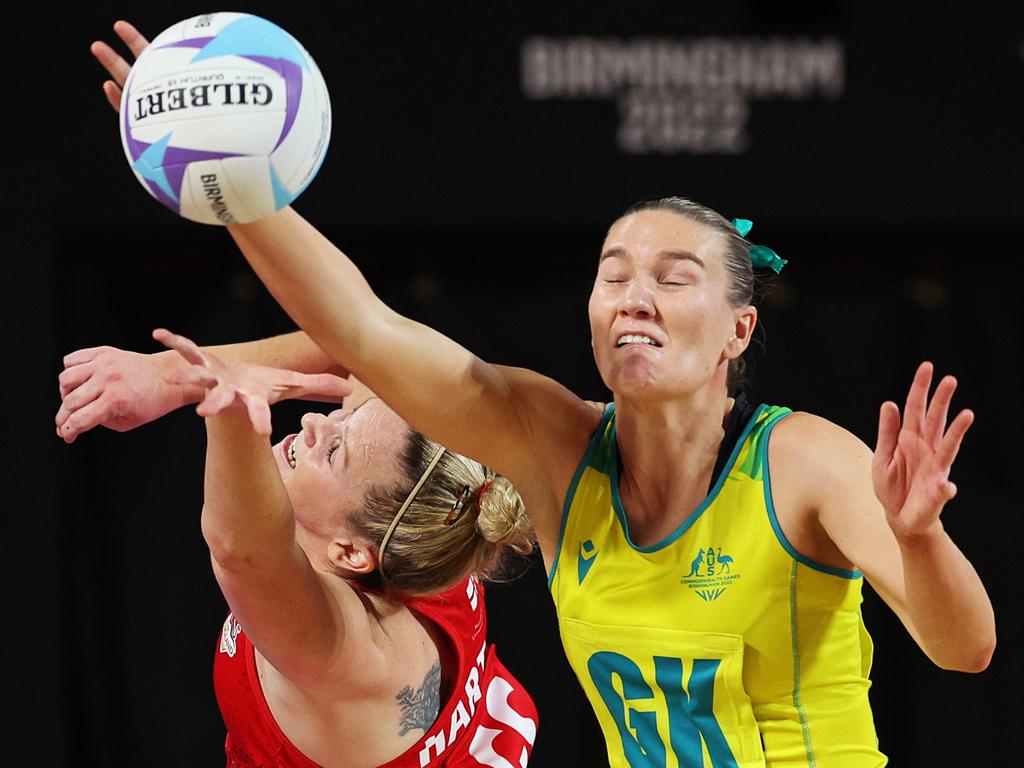 There is no doubt that the work done between the loss to Jamaica and the win against England was concise, constructive and obviously very effective. It was great to see Stacey Marinkovich back in the same starting seven and address the main areas of concern.

It was telling that the game plan for this match was very clear and that the players understood it. That speaks volume for the coaches, especially after the loss they had endured, and the pressure that was on for this team heading into the match.

The Australian attack line’s confidence to release the ball quickly and over the top of Mentor into Bueta under the post was not expected and not a game plan the Roses were prepared for. And, boy, did it pay off! The hold from Bueta but also the ability to execute those passes was impressive.

Ball speed for the Australians all the way down the court was also a key factor. It went missing against Jamaica but it was back to its best, including on long court transition which took away England’s ability to set up properly. There was no doubt a slight concern in the final few minutes during the fourth quarter when England started to peg a few back. While they maintained control, the Australians will need to ensure that they keep any comebacks to a minimum in the gold medal match against Jamaica – and that players are able to get on the same page quickly and bring momentum back in their favour.

In attack, there were times when both Moloney and Watson were both set incredibly wide around the goals circle edge, creating either a long swing ball or a reset and a tough ask for them to get back into the centre. This is something they will want to avoid happening too often and being proactive on restoring circle edge balance, as the Jamaican defenders have the ability to cover this and read any long, cross-court passes.

The game was physical and, while I question at times the umpire’s ability to control the match, the Australians will need to ensure that they remain disciplined. Just as players will be nervous, so too will umpires and their tolerance for niggling, holding, delaying and the like will be low.

The Australians do not want to draw the attention of the umpires, particularly when Jamaica have Jhaniele Fowler on their team.