People think athletes use the “mental health card” as an excuse but there’s a lot the public don’t know about being an athlete. For swimmers it starts with your leaders hanging you out to dry.

There is no escape for today’s world class athletes and it is no surprise we see so many mental health issues among the elite of sport.

People might think athletes use the “mental health card” as an excuse, but those comments lack insight into what it is like being an athlete in this social media age.

It’s not as simple as saying; stay off social media’ or disconnecting from your phone, everything is on your phone. It is your life in your pocket.

And with that comes a million touch points for fans to get to you.

They can send you DMs, tag you in stories, infiltrate your feed and comment on your every move.

Athletes don’t help themselves with the way they post their entire lives online, but that’s just part of this new generation.

With that complete access also comes constant feedback or criticism. And excessive praise can be just as damaging as relentless criticism.

As an athlete, there are probably up to a dozen people in your life whose opinion and feedback you really care about and seek out.

What a faceless troll thinks shouldn’t matter, but when they say “you’re the worst swimmer I’ve ever seen” you can’t help but take that on board.

That is where the mental health struggles start. And the small comments pile up in the back of your head, it burns away when you cop anywhere from 20 to 100 to 1000 messages a day.

Then all the general public sees is that flashpoint moment, like with Kyle Chalmers.

You’ve just swum the most important race of your life, you’re exhausted, you’re emotional, it’s been a big week and you’re trying to process what just happened then … BOOM … there is a microphone in your face and you’re live on television around the world: “how you do feel? What happened? What went wrong?”

And we do this to teenagers. It’s not right. 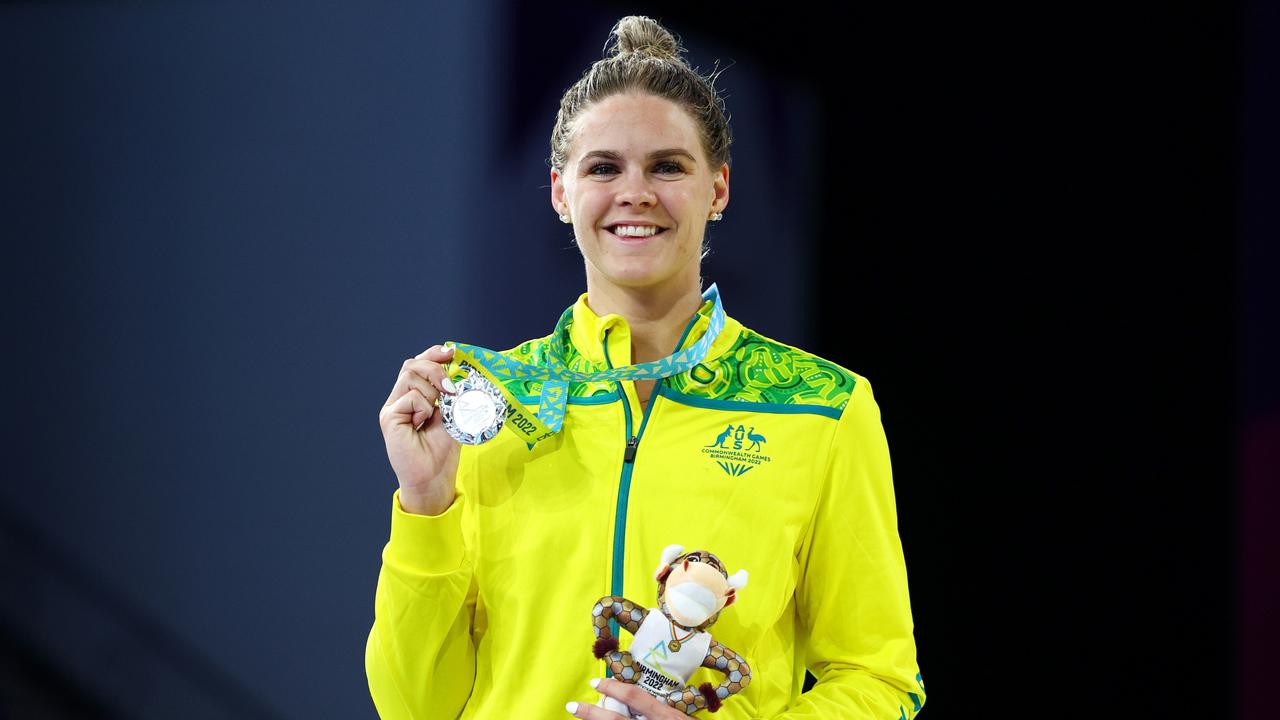 Swimming, perhaps more than any other sport, struggles to handle controversy.

Every time a big issue happens in the sport, the swimmers face it.

For example, the stilnox issue. It was the swimmers front and centre in a press conference live broadcast to Australia addressing it.

When Shayna Jack was sent home facing a doping ban, who was the first person to front the media? Cate Campbell.

The transgender policy? Kaylee McKeown was the first to face the questions at the world titles.

And this week with the love triangle fallout, it was Kyle who faced the probing.

These are team dynamics or issues that impact the team or broader sport and it’s the athletes not the coaches or officials who face up.

That is part of the reason why Kyle struggled mentally, he wasn’t supported publicly. He would’ve felt isolated.

And the athletes face the questions often straight after a race and without any form of preparation or warning.

I had no media training before the 2012 Olympics. I just had this intrinsic code of ethics that I would always be honest in my interviews.

It’s a weird hill to die on and throughout my career it got me in more trouble than it did benefit me, but it was just something that I stood by, that I would always be honest in interviews.

As a swimmer, one of the hardest things to cope with is the post-race interview.

You haven’t had a chance to speak to your coach or talk to your family or digest what has just transpired; so it’s a prime time for athletes to say things that they normally wouldn’t when they’re composed. It is overwhelming.

This is where a coach should be by your side. A comforting presence and authority figure shouldering the responsibility to help you make sense of the situation.

But in Olympic sports we send 16-year-olds out in front of the world media and say ‘surmise that performance and how you feel’ before you’ve had a chance to grab a towel or a drink.

Swimming finds itself constantly behind the eight-ball because it is not a week-to-week sport and more than 20 years after Thorpe-mania exploded the sport’s popularity, they still get surprised by the magnitude of stories and how they take off.

The first option is always to try to ignore it and pretend it doesn’t exist.

But all that does is escalate the issue.

Every two years swimming is the biggest story in Australian media, it is so unique in that way, but we never learn from our mistakes of the past.

At the world titles in 2011 we had no Wi-Fi at the hotel and global roaming charges were so high, we didn’t bother. So I had no contact with the outside world. It was ignorant bliss.

It was only when I was confronted by a media scrum at Sydney airport that the enormity of winning a world title really sank in. At the London Olympics in 2012 Instagram had taken off, Facebook was huge and it was on all our phones. I had messages flying in from people saying “good luck”. “Can’t wait to watch you race in three days.”

It was like a countdown clock, a constant reminder that this massive event is coming up. Every day. Most of it was well intentioned, but people didn’t realise the extra pressure and distraction that can cause.

As an athlete facing it for the first time, I didn’t know how to handle that because social media was so young and so new.

Then as soon as we had that first relay on night one and we didn’t win gold the narrative just flipped instantly and I started copping an absolute barrage of messages of abuse.

My phone is just going “ding ding ding ding”. I’m getting peppered with abuse, tagged in news articles saying we failed and let the country down.

It is hard to ignore and not take it in.

Since then, I always disconnected my phone the day before a meet started and didn’t fire it back up until I finished racing.

But that was 10 years ago. What you see now is magnified even more and our athletes are all over social media every day.

Buzzfeed, Daily Mail, Yahoo or whoever, all these clickbait websites that you never see at an event, but they will write sensational headlines and the stories take off like wildfire.

It is a melting pot of pressure. Most of it you don’t see. But athletes do. They can’t avoid it. They see it all. And read it.

So, when an athlete says it is impacting their mental health, maybe consider just how overwhelming their reality actually might be. It’s often deeper than a simple question.