Kurtis Marschall has joined his idol Steve Hooker as one of the greats of Australian athletics after defending his Commonwealth Games crown in Birmingham.

The South Australian now sits alongside the man who inspired him to take up the sport, Olympic champion Steve Hooker, as vaulters to win back-to-back titles.

Marschall showed his quality by producing when it matters most after an indifferent season, claiming the gold medal with a clearance of 5.60m.

It’s been a big week for his coach Paul Burgess, himself a former Olympic pole vaulter, given Marschall joins training partner Nina Kennedy as Commonwealth champions.

“Yes, we finally got something,” he said to Burgess as they embraced afterwards.

The 25-year-old only needed three clearances to claim the victory although he did have a scare at 5.50m when he missed his opening two attempts.

After managing to get it on his third he then sailed over 5.60m on his first attempt which proved to be the winning jump.

With the rest of the competition gone, Marschall raised the bar to 5.70m which he cleared at his first attempt before going after Hooker’s Games record. 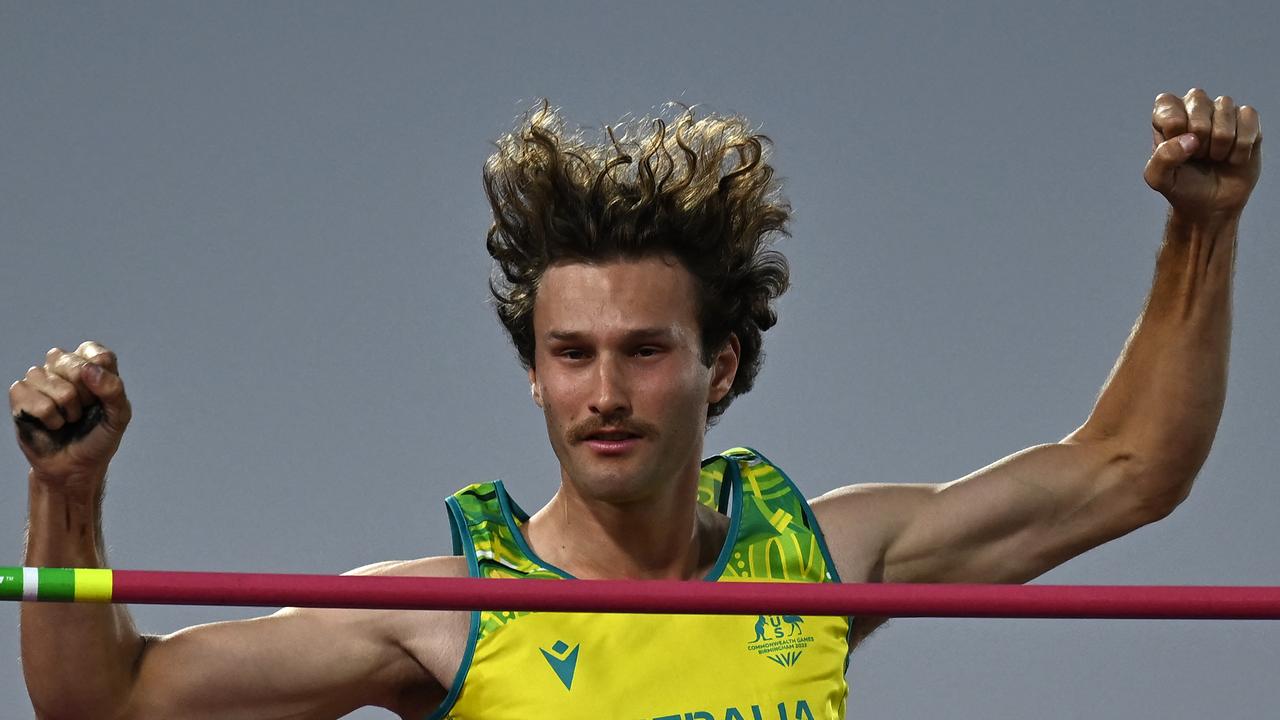 Marschall, who cleared 5.70m when victorious on the Gold Coast four years ago, missed all three attempts at 5.81m. The WA-based vaulter set his personal best of 5.82m in Croatia last year.

It hasn’t clicked for him at major championships of recent times, he failed to clear a height in the Tokyo Olympic final and then failed to get out of qualifying at last month’s world championships in Eugene.

In the women’s 200m final, Jamaica’s Elaine Thompson-Herah confirmed her greatness by taking the sprint double – just as she has at the past two Olympic Games – with an effortless victory in a Games record time of 22.02sec. Australia’s Ella Connolly finished sixth (23.21sec).

Trinidad and Tobago’s Jereem Richards made it back-to-back titles in the men’s 200m final, winning in a Games record 19.80sec – surpassing the mark which had been set by Frankie Fredericks back in 1994.

One of the more extraordinary performances for the night came from Kenya’s Mary Moraa in the women’s 800m final. 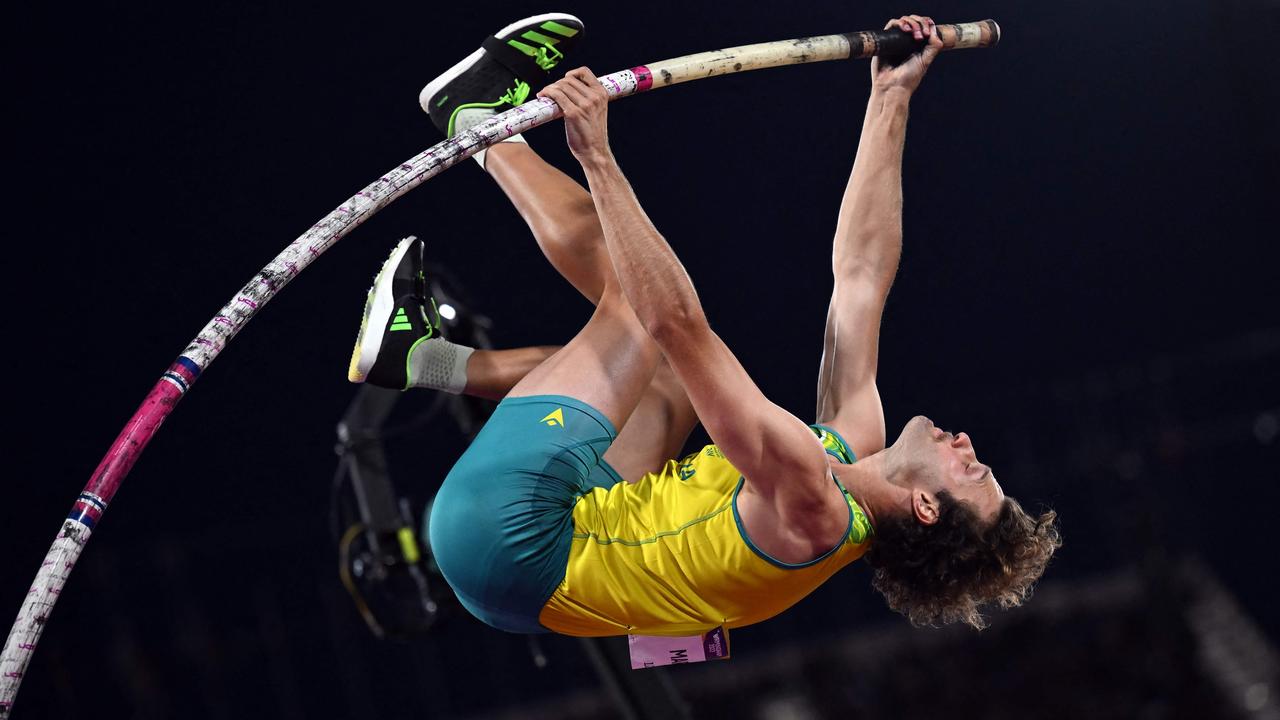 Moraa shot out of the blocks and streeted away from her competitors over the first 300m before putting the brakes on and almost slowing to a walk.

She faded back to near the end of the field shortly after the bell but then halfway along the back straight the Kenyan surged again.

Moraa, the bronze medallist on the Gold Coast four years ago, put on another extraordinary burst to go around the field and then in the home straight run down hometown favourite Keely Hodgkinson.

The Kenyan took the title with what can only be called a bizarre 1min57.07sec performance from Hodgkinson (1:57.80sec) with Scotland’s Laura Muir third (1:57.87sec).