In the surprise absence of superstar Ellyse Perry, fellow all-rounder Tahlia McGrath has filled the void with a stunning performance in Australia’s opening T20 match against England.

All hail Australia’s newest star all-rounder! A magical turn with bat and ball from Tahlia McGrath has seen Australia take first points in the Women’s Ashes, with a nine-wicket win in a record-breaking run-chase.

But the match didn’t all go the Aussies’ way: England captain Heather Knight came into the game saying she wanted her team to “punch first” this Ashes … and they did just that, setting Australia 170 runs for victory, a total requiring the green and gold to put in a record run-chase in international T20s. 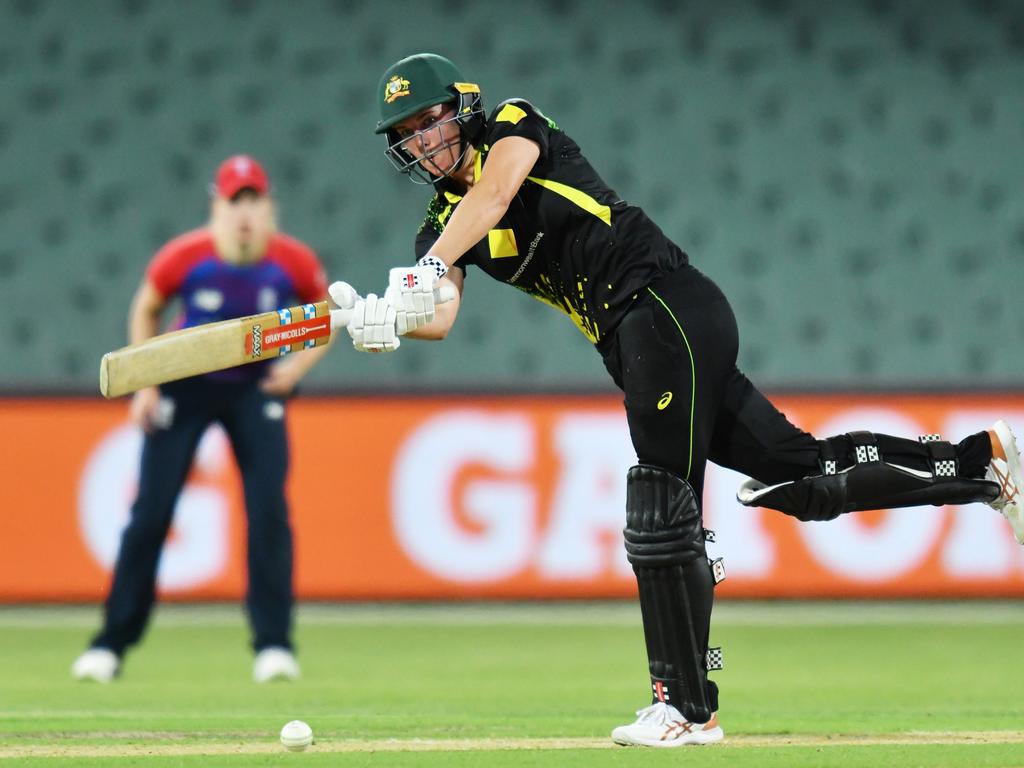 Tahlia McGrath posted an astounding 91* to lead Australia to Ashes victory in the first T20 match of the series. Picture: Mark Brake/Getty Images

Aussie captain Meg Lanning sent England in to bat, and as the sun set and shadows lengthened across Adelaide Oval, so too did the English resolve at the crease and openers Tammy Beaumont and Danni Wyatt dug in to post a record opening partnership against Australia in T20Is (82 off 60 balls).

England at 4/169, set up a thrilling run-chase, which required an equally stunning show with the bat from Australia. It was a batters’ wicket in Adelaide and England’s experienced opening pair of Beaumont and Wyatt took full advantage, with an entertaining batting display, not only finding the rope with ease – but clearing it.

While the Beaumont-Wyatt combination piled on the runs (Wyatt even smacking spinner Jess Jonassen for consecutive sixes), Australia was left scrambling for a bowling combination to break the partnership and they bowled six different bowlers in six consecutive overs, to no avail as England happily piled on the runs. It took debutant legspinner Alana King until the 11th over to take the first scalp (Beaumont for 30 from 24 balls). England looked in a strong position after posting 169 for the Aussie’s to chase, after Danni Wyatt was out for 70. Picture: Mark Brake/Getty Images

But it was McGrath’s night and she set a convincing case that she’s currently the country’s best all-rounder. Tahlia McGrath backed up her excellent performance with the ball at the crease. Picture: Mark Brake/Getty Images

McGrath came out at No. 3, with Australia precariously placed in the chase at 1-26, but put nerves aside to compiling a match-winning 144-run partnership with Lanning, at one point launching the ball so over the fence, that it took security guards some time to find it. 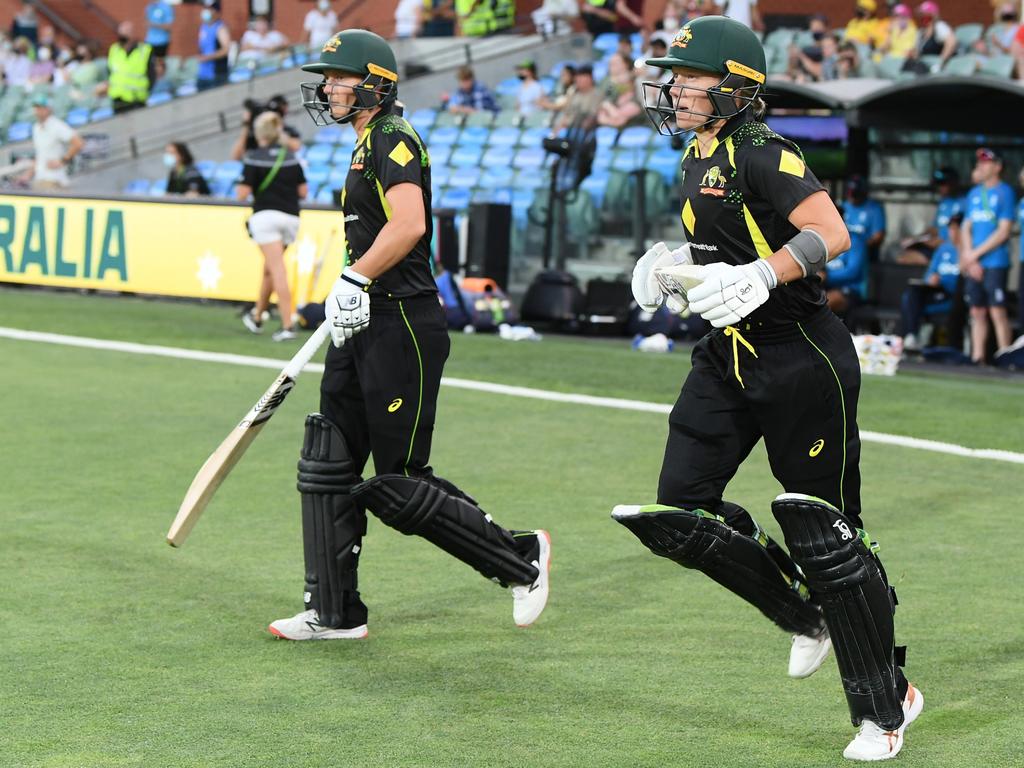 Aussie selectors made a bold statement in game one, dropping superstar all-rounder Ellyse Perry, replacing her in the middle order with Queenslander Grace Harris.

‘The most improved player in the world’

Harris didn’t get a chance to prove herself with the bat with Lanning and McGrath stealing the show in that department, however she took a nice boundary-side catch to dismiss Amy Jones.

But possibly the biggest takeout from the game was the spirit and fight with which England’s batters played out their opening innings and it bodes well for how the rest of the Ashes could play out.