There have been only nine women’s Test matches in the past ten years and the past four have all ended in draws. England have not won a Test since their most-recent Ashes victory, in 2013-14. Their calls come before England’s crucial Ashes Test match which begins on Wednesday night in Canberra. The standalone match is worth four points in the multi-format points-based series and if Australia win and take all four points, they will retain the Ashes, which England have not held since 2014.

Katherine Brunt, who is England’s most-experienced player having made her debut in 2004, says she loves Test cricket, despite how infrequently women get to play that format, but says that she is “sick to death” of the sport not evolving to develop it.

“I just wish they’d tinker with it,” she said. “We need to get on with making things more exciting, more challenging. The totals have gone up and up and the wickets have gone down and down.

“We shouldn’t be playing on the same length pitches as men, we should not be playing off 22 yards, it’s wrong.” Although women play with a smaller, lighter ball, there is a feeling that reducing the length of the pitch to 20 or 18 yards would add more pace to the bowling and open up more wicket-taking opportunities for the bowlers and more scoring options for the batters, making matches less likely to end in a draw.

There have been only nine women’s Test matches in the past ten years and the past four have all ended in draws. England have not won a Test since their most-recent Ashes victory, in 2013-14.

Unlike their English male counterparts, women play Test matches with a red Kookaburra ball rather than a Dukes ball, which has a bigger seam and offers more swing and seam movement, however Dukes do not manufacture a women’s-sized ball.

“We shouldn’t be bowling in Test matches with Kookaburra balls, that’s wrong,” Brunt said. “The fact that none of us have ever bowled with a Dukes ball is wrong. If you want to make us play over four days then give us a better pitch to bowl on and give us a Dukes ball to make it happen, otherwise don’t put it on TV because honestly it even bores me so I don’t know how anyone else can watch it.” 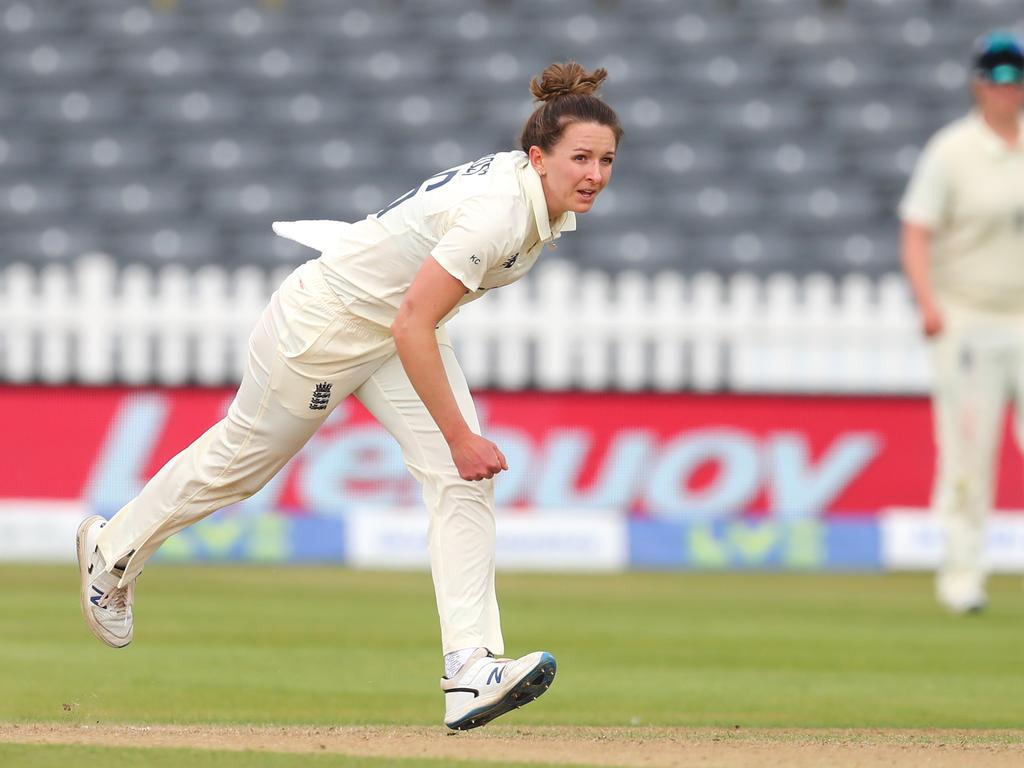 England only play one or two Tests a year and Kate Cross, pictured, says they should be lengthened to five-day matches. Picture: Ashley Allen/Getty Images

The future of women’s Test cricket is now up for debate across the global cricketing community. Only three nations — England, Australia and India — play Test matches and then only one or two a year. England have not played a Test match since May 2021, an entertaining match at Bristol against India, but which also ended in a draw.

Women do not play multi-day cricket at domestic level, playing only limited-overs white-ball cricket. The reason is that women have not been paid professionals until recently, with most having jobs or studying full-time on top of their cricket.

However, in recent years the number of women cricketers on full-time or part-time contracts that allow them to concentrate on training and playing has increased. There is now scope for development in the longer form of the game although the picture is not universal across all nations. 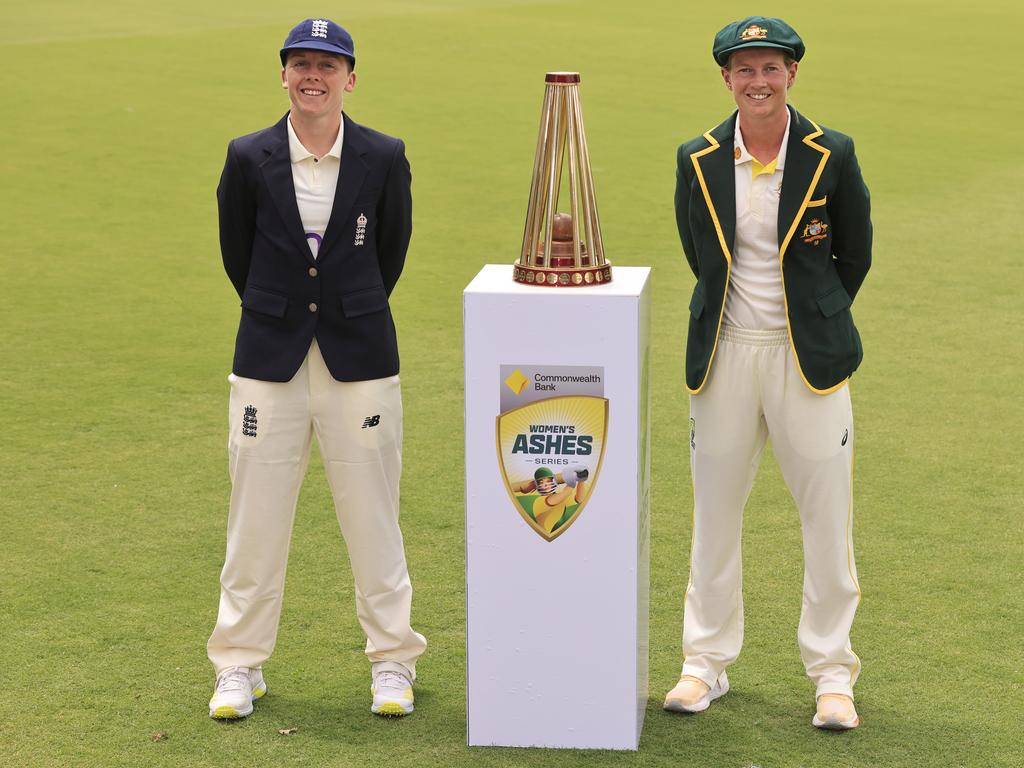 England head into this week’s Test match trailing 4-2 on points after Australia won the first T20 of the series and the other two were washed out. Mark Evans/Getty Images

England and Australia have led the way in paying women full-time salaries. There are more than 120 Australian women paid to play and in England there are now more than 50 full-time professionals at domestic level as well as 20 centrally contracted England players.

The players themselves are all publicly enthusiastic about playing Test cricket and want to see more of it but it remains a challenge for administrators to schedule more matches and there are no plans to introduce multi-day domestic cricket.

England head into this week’s Test match trailing 4-2 on points after Australia won the first T20 of the series and the other two were washed out. Australia only need eight points to retain the Ashes.

Australia have been boosted by the news that the hard-hitting Beth Mooney may be able to return to action after fracturing her jaw in the nets and if so, she will open alongside Alyssa Healy. Ellyse Perry, Australia’s star all-rounder was controversially left out of their side for the T20s but will return for the Test match.

England’s line-up will be underpinned by the batting experience of Tammy Beaumont at the top of the order and the captain, Heather Knight, at No 3. Brunt and her opening-bowling partner Anya Shrubsole have a wealth of experience and Sophie Ecclestone and Charlie Dean will provide the spin-bowling options.