Days after he held aloft the trophy for winning the T20 World Cup, Aaron Finch has made a big captaincy call for the Australian summer.

Australian T20 captain Aaron Finch has quit as skipper of the Melbourne Renegades just days after holding up the T20 World Cup trophy.

Nic Maddinson, who will miss the opening matches of the BBL after being picked to play for Australia A, will replace Finch, who has spent nine seasons in charge and decided to step down to spend more time with his family.

“Captaining this side has been an enormous privilege for the last nine seasons. With a busy schedule leading into this T20 World Cup and a new young family, the time was right for me to hand over the reins from a captaincy perspective,” Finch said.

Finch, who is set to miss the opening rounds of the BBL after playing through the World Cup with pain in the knee he had operated on in August, said Maddinson was the right choice to skipper the side.

“One thing I’ve learnt over the time is you always need that injection of new talent in the leaders. ‘Maddo’ has captained at first class and BBL level many times before and I’m very supportive of him getting this opportunity. Out in the field, we’ll all be out there to help and support him and ultimately aim for success in BBL|11.”

Finch remains contracted to the Renegades until the end of next BBL season and has been backed to guide Australia to its T20 World Cup title defence at home in 2022. 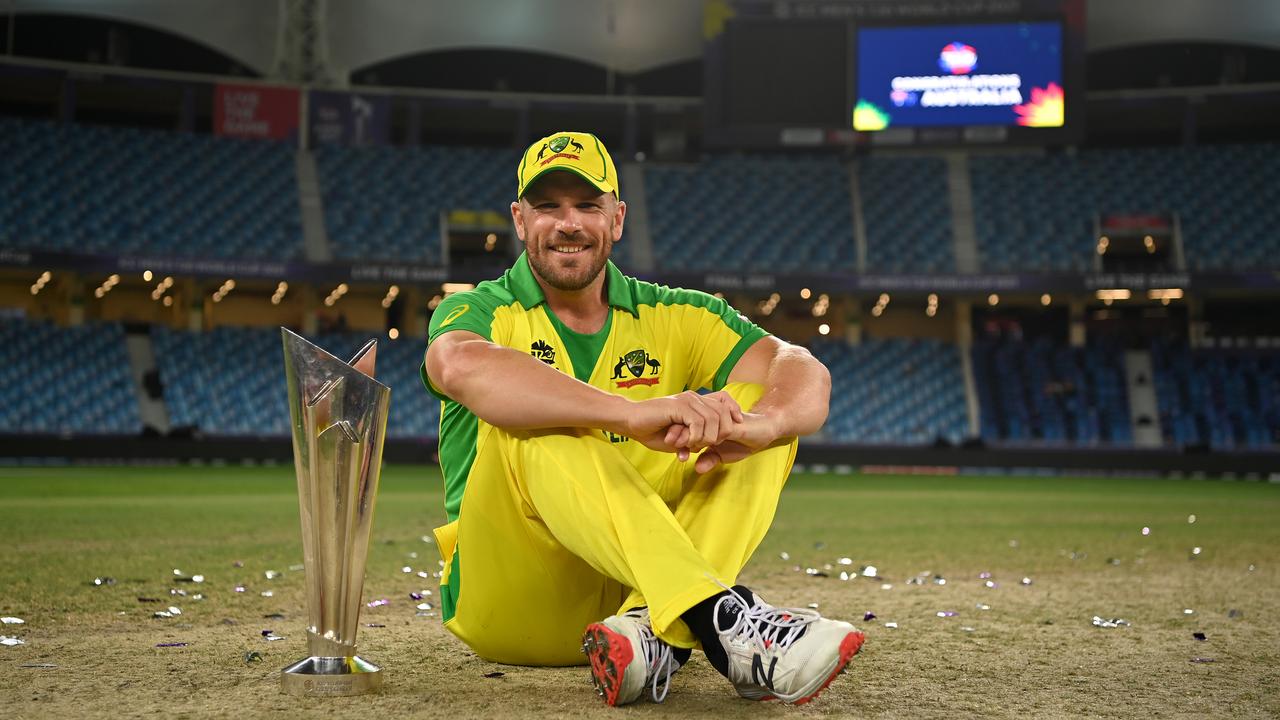 Maddinson crossed to the Renegades form the Melbourne Stars ahead of this BBL season and has been thrown into the role.

“It’s a huge honour and a challenge I’m really looking forward to. It’s a great group of players with some young guys mixed in with experienced players,” Maddinson said.

“Taking over from someone like ‘Finchy’ is a huge task but having him around to help out and be that experienced head will be a great plus for me.”

An icon of our club passes on the baton, thanks for all of your hard work, Finchy ðŸ‘ #GETONREDpic.twitter.com/8NFn3H62xX

Finch said he pushed his body through the World Cup and would likely miss the Renegades season opening match on December 7.

“I pushed the rehab really hard and probably paid the price for it a little bit throughout the tournament,” he said on Thursday.

“I may need a bit more time off at the moment to get that right.

“I was never in doubt to miss a game (but) I was in doubt to field anywhere other than first slip. It looked like there was going to be a first slip for 20 overs at one point.

Renegades coach David Saker said Maddinson would need the support of Finch and fellow veteran Shaun Marsh, who will also miss the early matches with a calf injury.

“Nic will be a good captain for the Renegades and very well supported by Finchy, together with senior players like Shaun Marsh and Kane Richardson,” he said.

“I’m looking forward to the upcoming season and seeing what we can achieve as a group.”