Sports journalist Jelisa Apps is playing KFC SuperCoach BBL for the first time this year. She’s navigated her way through the build-up, now she’s ready to help you.

KFC SuperCoach is full of experts. They come with their spreadsheets, their PDF profiles of every player (yes, seriously) and their endless stats.

I’ve come armed with a login, a password I constantly forget and a healthy dose of blind ambition.

I am by no means an expert. I’m a massive cricket fan. I’ve lived my life around watching and, now, working in cricket but I’ve never dabbled into the world of fantasy sports.

So why have I decided to join KFC SuperCoach? It’s simple: One day I want to be able to say I was in the same team as Warnie, and I’m daring to dream: just imagine if I can say I BEAT WARNIE!

Sport’s greatest rivalry is just around the corner and you can catch the Ashes live and ad-break free during play. New to Kayo? Start your free trial today > 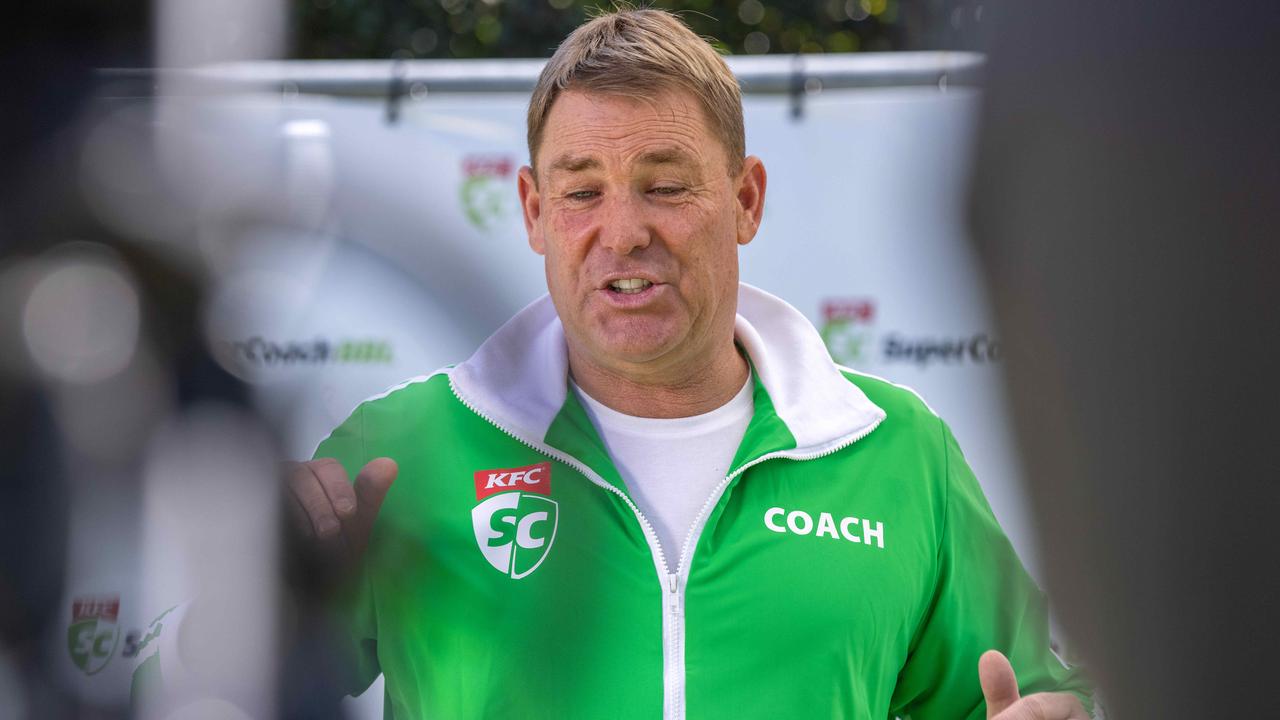 As a first timer, the amount of information can be initially overwhelming. Every man and his dog wants to tell you how to pick your side but, fortunately, even if you’ve never seen fantasy sports before, the actually set up is pretty easy to understand. You’re given a salary cap and you spend it using a super user-friendly interface.

In my case, you initially end up in more salary cap drama than the Melbourne

Unfortunately in KFC SuperCoach, there’s no ability to run two sets of books …. so tough choices need to be made.

In my initial side, I spent up big early. Most seasoned players will tell you to go for the cheapies and leave the ‘premos’ (premium) players for trading up later – but I went straight for my strongest side available.

The biggest tip in KFC SuperCoach is to make sure you take advantage of the early double games. Some teams play twice in the first round (Sixers and Heat this year), so you want to be picking players from those teams that will yield you maximum points. Josh Phillipe: An easy choice that I suspect most people will pick up early. Capable of scoring quick runs in most games.

Usman Khawaja: At $93,000, he’s an absolute steal considering the form he’s been in through the Sheffield Shield. I suspect he’ll translate this to the white ball game.

Daniel Hughes: Well and truly undervalued, consistent performer in the BBL for the past few years.

Rashid Khan: My first pick of the bowlers, he was explosive last season and has 72 wickets from 50 BBL matches.

Dan Christian: Pretty expensive at $184,700 but he also had a fantastic summer last year and can be very handy with the bat as well.

Jye Richardson, Kane Richardson and Andrew Tye: Again, all pretty expensive but these are the guys who have proven to deliver so that’s where I’ve spent my money.

Finch was cheap (as to be expected based on his form slump) and I couldn’t go past him. Just one good inning could turn into serious money. Jelisa had to drop Mitch Marsh after he was picked in the Australia A squad. Picture: Brendon Thorne/Getty Images Then the Ashes and Australia A squads were selected and my side was ripped apart.

So out came Khawaja, Richardson, Marsh (x 2 after Shaun’s injury) and Renshaw.

The only positive in this was I had enough money for Glenn Maxwell, who I had been very reluctant to leave out initially.

Ben Duckett also got a call up for me, he’ll likely fill the hole left by Labuschagne at the Heat.

And, after weeks of agonising over my side, I think I finally have it.

I’m super excited to watch the Big Bash this year with a horse in the race. I love nothing more over the Christmas break than over indulging and staying up way too late to watch a thrilling finish (think: Sixers and Stars on Boxing Day last year).

This time, though, I’ll be riding every ball with that extra bit of tension.

I can beat Warnie.

Full disclosure here – I am a KFC SuperCoach newbie. I am on debut.

I am Travis Head and Marnus Labuschagne with Haris Rauf tearing in at me.

And that’s exactly how KFC SuperCoach was to me on first impression.

I haven’t played any fantasy leagues before, but I’m familiar with the concept.

To start with, unlike KFC SuperCoach NRL or AFL, there’s no defined ‘rounds’ in the competition — but there are rounds in KFC SuperCoach.

This can mean teams play twice in round, or sometimes not at all.

You need to factor in internationals coming and going throughout the season or being picked for national duties.

It takes a bit of smarts and sadly for me … a bit of math! Jelisa Apps thinks Usman Khawaja is a bargain — but will he be in the Test side?

So my approach in my first year is a bit of a hit and hope — with the expectation I’ll make mistakes along the way and find out the tricks of the trade.

Fortunately I’ve tapped into a few highly experienced KFC SuperCoach experts who are WELL across it.

If you are keen to give it a serious knock, Brice Mitchell (who finished 14th in KFC SuperCoach BBL last year) is the man to follow.

He is all over it like a rash (or Rashid Khan to a batsman in BBL terms).

If you want to take it seriously and do lots of work on the stats, I highly recommend his comprehensive stats breakdown article.

My first attempt at putting a team together was unsuccessful. I have expensive taste.

I don’t need the salary cap. I need a salary sombrero.

I’m pretty sure they don’t do paper bags full of cash exchanged in carparks in KFC SuperCoach, and there’s no back-ended contacts like at the Bulldogs in the NRL. Unfortunately I had to cull — a lot.

Here’s the final team (you can make changes before Round 1 — then between rounds during the season — and I suspect due to Australia and Australia A duties my team may change significantly. But, I’m working with who I want at the moment).

My team has four picks from the Sixers given they open the season with a double.

Josh Philippe was an easy pick at wicketkeeper as an up-and-coming young talent capable of scoring quick runs in every game.

I am a complete @SuperCoachBBL newbie and math was the subject I very much hated at school so this guide by @bricemitchell has been most helpful ðŸ™ŒðŸ¼ðŸ™ŒðŸ¼ https://t.co/CLVv7RAyOT Dan Christian was on fire last year — he played himself into the Australian side and he’s very hard to go past despite not carrying that form into the Indian Premier League.

I’ve gone with some big hitters in the batting in Marcus Stoinis, Mitch Marsh and his older brother Shaun Marsh.

Usman Khawaja was an absolute steal, especially considering the form he has been in the Sheffield Shield. I expect he’ll translate that to the shorter format.

My only worry is he may also be lost to the Ashes or Australia A duties.

Rashid Khan was an expensive pick, but impossible to go past.

He’s a BBL entertainer and his stats stack up in KFC SuperCoach too.

Khan has 72 wickets from 50 BBL matches, he was one of my favourites to watch last summer and had the honour of being my first player ever picked in KFC SuperCoach.

The Strikers also have a Round 2 double, so I’m hoping to pick up points there.

Notably on the bench, at bargain price for me, are Matthew Renshaw and Aaron Finch.

I was reluctant to go with Finch given his disappointing form last season for the Renegades. But you get the feeling just one good game could turn that all around and I’d be absolutely kicking myself if I didn’t get him at that price.

KFC SuperCoach is all about enjoying yourself, getting a few bragging rights over your mates and adding even more excitement to the BBL.

I can’t wait to take on all your sides this summer as part of the official KFC SuperCoach team.