Steve O’Keefe didn’t want to get in to any trouble ahead of what could be the Sydney Sixers spinner’s last ever Big Bash game tonigh but he has “plenty” of things he could have said about the Steve Smith situation.

Preparing for what is almost definitely his SCG swansong in the preliminary final showdown with the Adelaide Strikers, O’Keefe said Cricket Australia had “let down” fans by not allowing the Sixers to bring Smith in for the finals.

After a season hit hard by Covid, which forced players back in to bubbles and one which O’Keefe said has taken a heavy physical and mental toll, the decision to deprive the competition of a player like Smith was a major fail.

“It’s just a shame you’ve got a player of his quality sitting watching it on the TV, or he may even be down here helping us warm up and you can’t get him playing at the SCG. It would be such a bonus after the year we have all had,” O’Keefe said on Tuesday.

“We want the best players playing and if we could get them, regardless of the rules they have brought in two weeks ago. The game would go a long way to improving that integrity which has been lost this season.

“I understand why but we are a product that is here for the fans and in this case we have let them down a bit.” O’Keefe and the back-to-back champion Sixers hit the match feeling the pinch of four games in eight days in four different states.

His future remains unclear, but this season tested him more than ever and the 37-year-0ld wasn’t sure he could go around again.

“I think this one has probably taken a physical and mental toll this year where you are not willing to do all the work you used to,” he said.

“Will my attitude change in six months ? Probably not, but we’ll wait and see.

“It’s been an interesting lead-up this week too. We’ve had four or five states in five days travel to be honest is wearing a few blokes down.

“But it’s been nice to have a few days at home to freshen up and come out for what might be our last game of the year.” 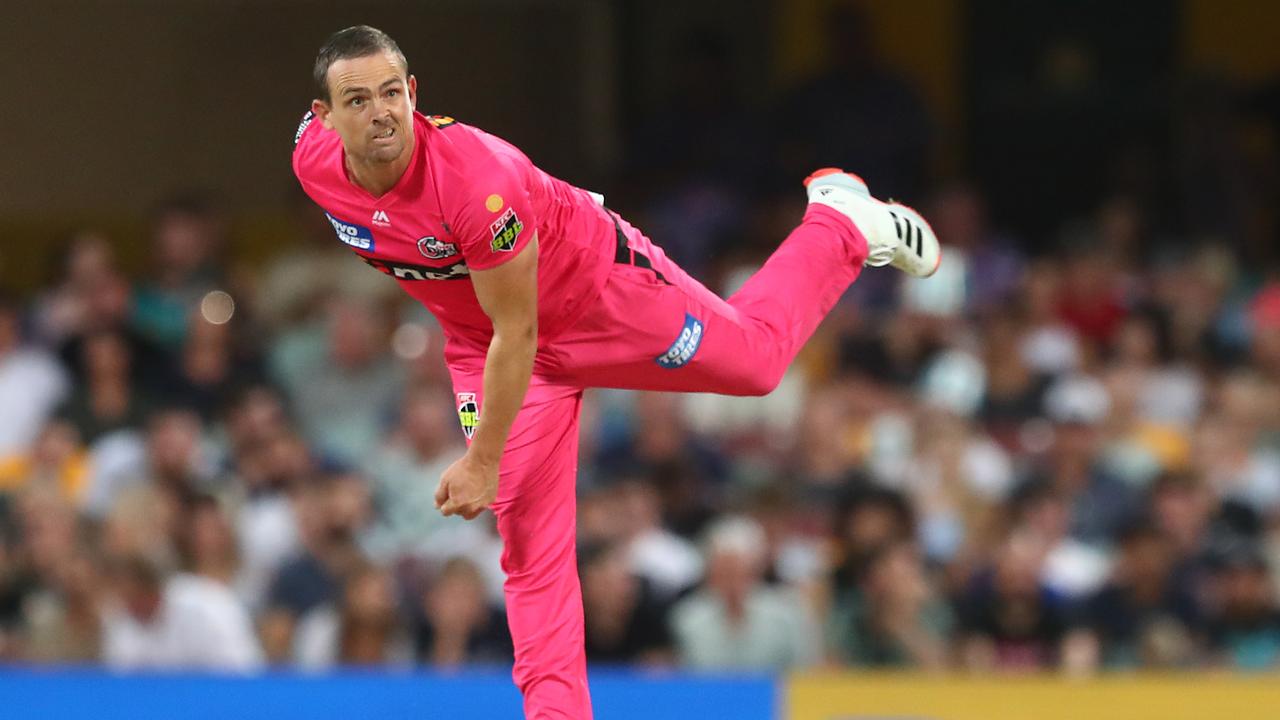 Steve O'Keefe of the Sixers (Photo by Chris Hyde/Getty Images)

Those familiar surrounds could prove crucial in the quest for a first-ever BBL three-peat too. O’Keefe took 4-18 the last time he played at the SCG, in a derby win over the Thunder.

“In a game of T20 you are looking for the one percenters that lean the game in your favour and playing the game at home in conditions you know can’t be underestimated,” he said.

“If this is my last game here, I feel like I have got everything out of my own career I could have got.”

Test stars straight back in action

After a post-Ashes party in Hobart on Monday a host of Test stars will be back in action quickly.