At least they’re trying. England’s rumoured interest in the man Justin Langer labels the best coach in the world is honourable, but it hardly scratches the sides of the problems that ail them.

England’s reported bid to try and sign Ricky Ponting as national coach is a desperate move from a desperate nation.

You can’t blame England for trying – even Justin Langer once said Ponting is the world’s best coach – but if Ponting is going to coach anyone at national level, it surely has to be Australia.

And even that would be in bite-sized appearances as a consultant because he is being paid too much elsewhere to linger for long. 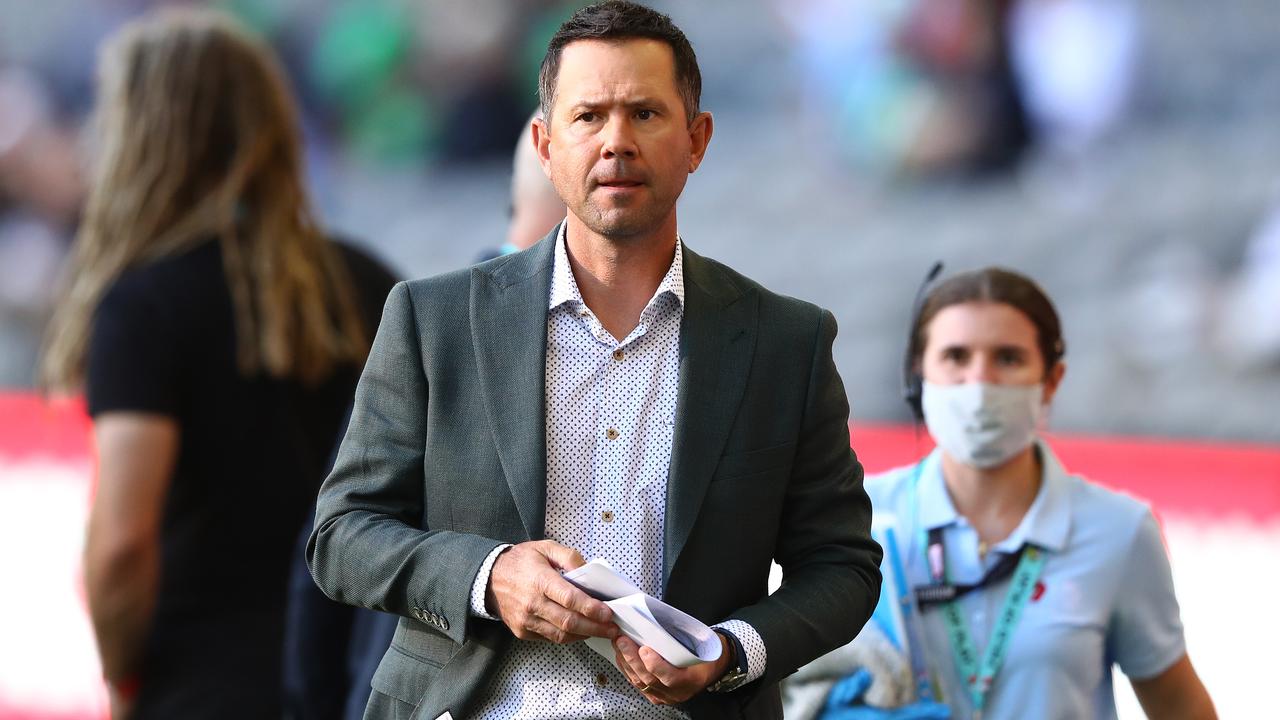 Ricky Ponting is firmly in the sights of the Poms.

England have rarely been so low and never been more dishevelled. We say that with no sense of joy because, when England is strong, the game rises globally with them.

But history will eventually recall that Australia’s hatchet job on England this summer left even deeper wounds than when “Cyclone Mitchell’’ Johnson whipped through them nine years ago.

Johnson tore down not simply the team sent to Australia but, as a consequence, the entire English cricket system.

It was estimated at least 20 people lost their jobs in English cricket after the Johnson hurricane had finished blowing hinges off doors and houses off stumps.

In time, Pat Cummins’ 4-0 verdict in his first summer as Test captain may be remembered as even more destructive, a three-for-one verdict which should pave the way for victory in the next two Ashes series – firstly away next year then back in Australia. 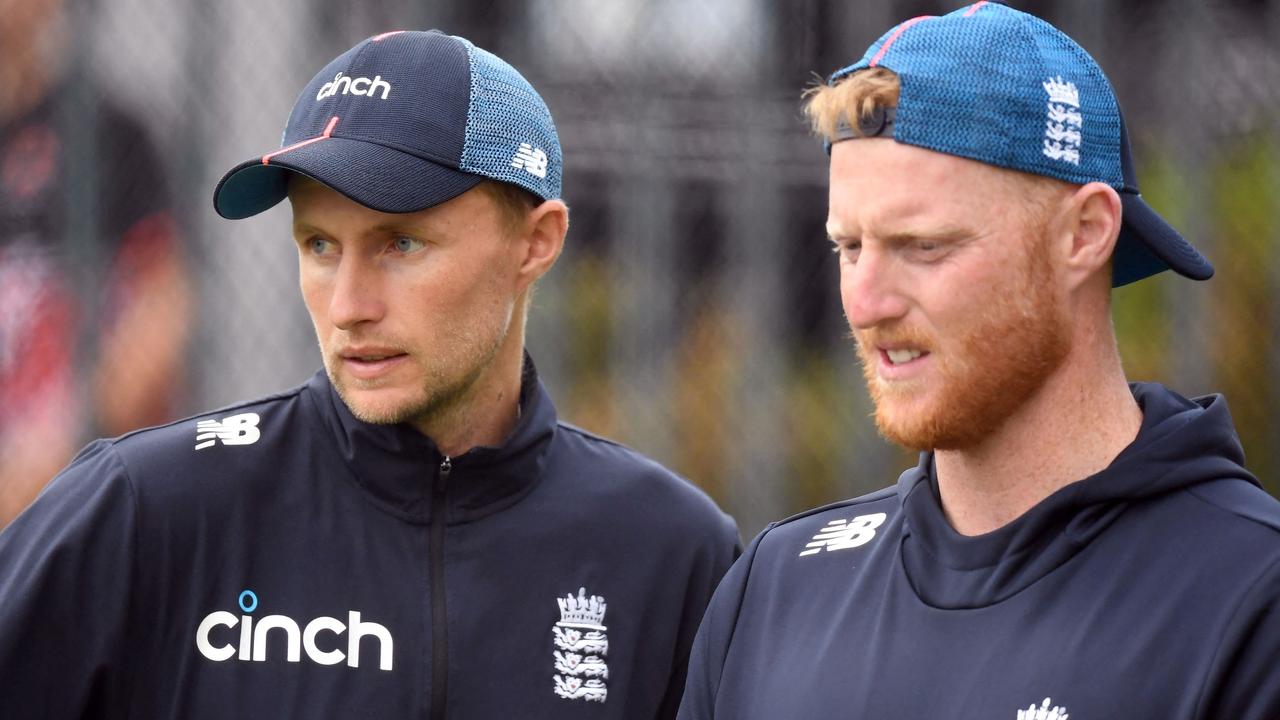 Will Joe Root be passing the captaincy baton to Ben Stokes?

It’s hard to see how England could possibly have their house in order by next year’s Ashes.

Former Test batsman Rob Key is a popular, if surprising, choice as the new boss of English cricket.

Ben Stokes is the favourite to replace Root, but he has never had designs on the job and recently had an extended break from the game, partially due to mental anxiety.

His form, upon returning, has been patchy, his body language unconvincing. He still doesn’t look like a man enjoying his cricket.

Incredibly though, with Root, he is one of only two certain selections in the English Test team. Everything else is up for grabs. If he does take over as captain, Stokes is likely to lead a team featuring nine very insecure players. 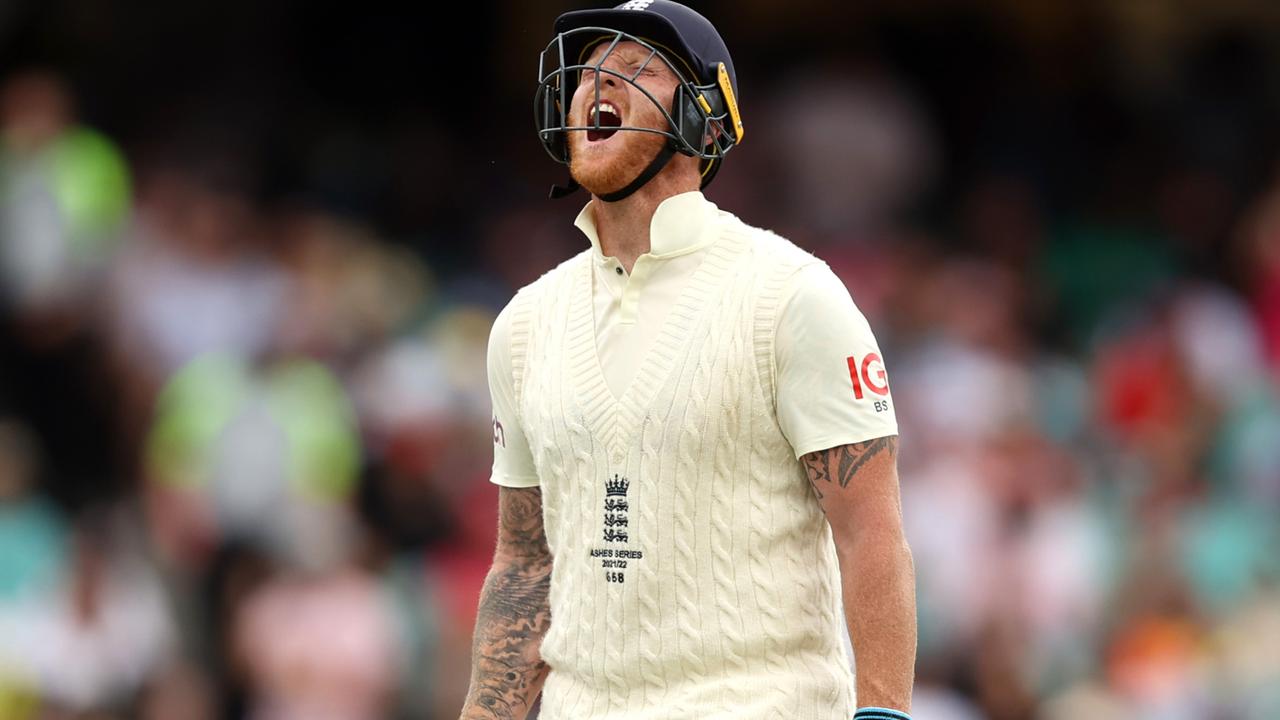 Ben Stokes doesn’t look like a man who is enjoying his cricket.

England’s history unmasks the gamble ahead of them if they go with Stokes.

The last two cavalier all-rounders they pitched into the role – Andrew Flintoff and Ian Botham – failed because they were unsuited to the role.

A tweet of Marnus Labuschagne taking two wickets with his medium pace seamers for Glamorgan last week told its own story about England’s challenges.

The match strip looked far too grassy for batsmen’s best interests. Put a ball on a length, as Marnus did, and wickets beckoned immediately. So many English decks make their bowlers look too good and their batsmen too poor.

It is a major issue but only one of many in a system which has lost its way.

Joe Root is stepping down as England’s Test captain, the England and Wales Cricket Board (ECB) announced on Friday.

Root’s decision comes after the 1-0 Test series defeat to West Indies last month, and a 4-0 Ashes loss to Australia.

“After returning from the Caribbean tour and having time to reflect, I have decided to step down as England men’s Test captain,” Root said.

“It has been the most challenging decision I have had to make in my career but having discussed this with my family and those closest to me, I know the timing is right.

“I am immensely proud to have captained my country and will look back on the past five years with enormous pride. It has been an honour to have done the job and to have been a custodian of what is the pinnacle of English cricket.” 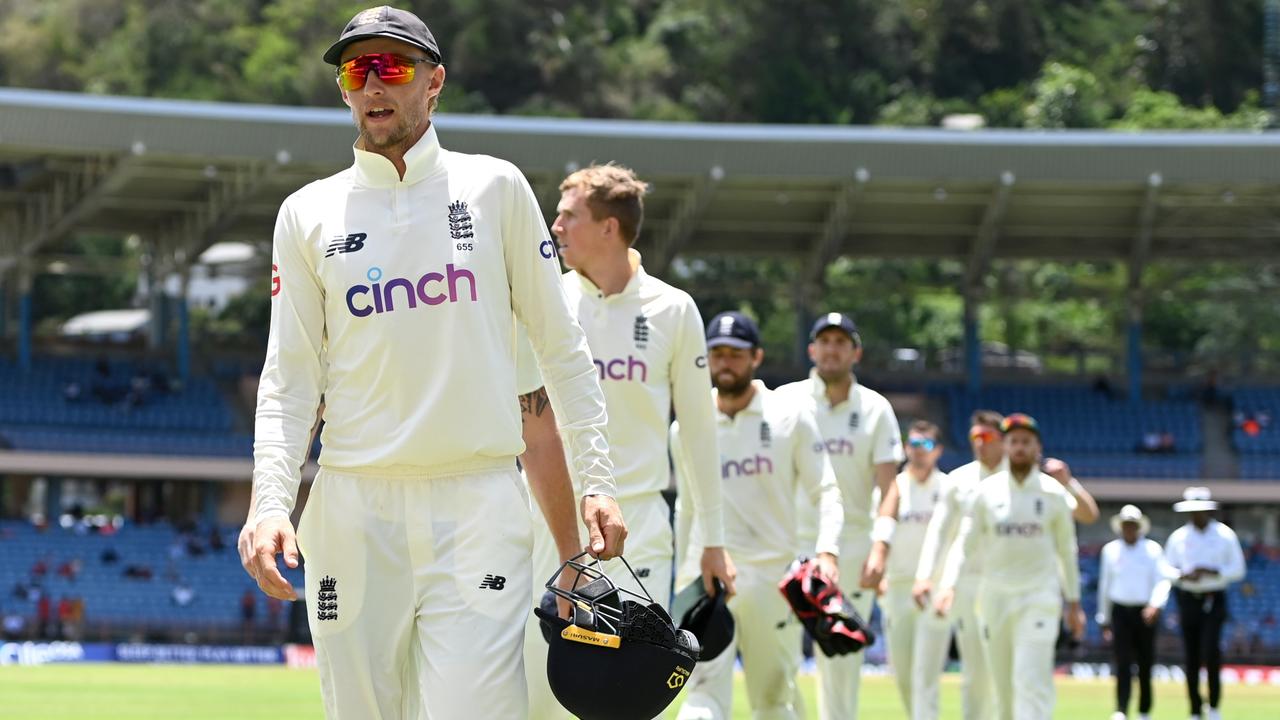 Root, 31, holds the record for the highest number of wins as England’s Test captain, his 27 putting him one ahead of Michael Vaughan and three ahead of Alastair Cook and Andrew Strauss.

But the past 12 months have been dismal. After winning their opening three Tests of 2021, England have won just one since, losing 11 and drawing five of their past 17.

ECB chief executive officer Tom Harrison said: “Joe has been an exceptional role model during his tenure, balancing the demands of Test captaincy whilst continuing to shine brilliantly through his own personal performances.

“He has led by example, and that has resulted in more Test wins than any other England captain, alongside a number of famous series home and away victories.”

He gave it everything with very little support for the Red ball team under his watch .. then he had to deal with Covid times .. he still is and will the games best role model for many many years .. now enjoy being the senior player for many more seasons @root66 ðŸ‘ðŸ‘

BREAKING: Joe Root resigns as England cricket captain. Many will be happy about this but Iâ€™m not. He was let down badly by his teammates & without his own outstanding batting, weâ€™d have fared far worse. Thanks for all youâ€™ve done â¦@root66â© - very sorry itâ€™s ended like this. pic.twitter.com/smBO0g0fFb