Australia T20 World Cup winner Glenn Maxwell won’t be part of either of Australia’s tours in March next year, but he has a very good reason.

It is nuptials over nicks and new balls for Glenn Maxwell, who has RSVP’d “no” to Australia’s tours of Pakistan and New Zealand next March.

Maxwell will marry longtime partner Vini Raman, and after multiple postponements they have decided to stick to their planned wedding dates, which were booked long before those tours were announced.

Maxwell’s best shot at putting on the Baggy Green for an eighth time – and first in more than four years – appears to be in the spin-friendly sub-continent, where conditions suit the maverick batsman.

The Aussies are set for a three-Test series in Pakistan after this summer’s Ashes series, while a T20 series in New Zealand will run concurrently for those not on the flight to Karachi.

The three-match T20 series in Wellington and Napier will carry extra attention given it will be a rematch of Monday’s World Cup final, although the trans-Tasman countries are due to meet first in Canberra on February 8. But it was a no-brainer for Maxwell, 33, to prioritize his pair of weddings (a “white wedding” and an “Indian wedding”), particularly after two years largely spent trapped in Covid-safe bubbles.

“If the dates had not matched up with one of my bigger life experiences it (Pakistan) probably would’ve been something I was looking towards,” Maxwell said.

“When I sat down and organized these dates with CA 18-24 months ago there was a gap in the schedule.

“It was unfortunate timing, but I’m not going to sit there and worry about it, I’m going to enjoy my two weddings and soak up the days.”

Maxwell marked his place in history by cracking the World Cup-winning runs with a reverse sweep on Monday.

“I hit it off the stickers so I was a bit nervous, but when I saw Zamps (Adam Zampa) and Stoin (Marcus Stoinis) run past the ball I knew it was going for four,” he said.

Starc on notice as bolter looms for first Ashes test

Jhye Richardson is snapping at the heels of Mitchell Starc as Australia keeps the door open for a bowling shock at the Gabba.

Selection boss George Bailey is backing the World Cup big three of Pat Cummins, Josh Hazlewood and Starc to be Test ready by December 8 despite their exclusive diet of T20 cricket, but it will be hard to ignore the tantalising red ball form of Richardson, the next star in Australian fast bowling.

Travis Head versus Usman Khawaja is the only other question yet to be answered in the Australian XI to face England in the first Test, but while Bailey already knows which way he’s leaning on that front – the make-up of the final bowling attack is still wide open. In Starc’s favour for the Gabba is the fact he must be picked for the pink ball Test in Adelaide, which is the second Test, but Richardson’s last-start eight-wicket Sheffield Shield blitz at the Gabba has set tongues wagging around the game and he shapes as the man on the rise in the Australian squad.

“Physically, I think he looks as strong as I’ve ever seen him. I just like the fact he’s had a couple of niggles and he’s worked his way back from those so he’s starting to build some resilience into his body – still a young body.

“That Gabba game, I think he’s worked his way into the last three Shield games quite nicely, but one particular spell on the morning of day two was a really impressive spell early on where he ended up getting the wickets of Marnus (Labuschagne) and Joe Burns, who both commented that it was impressive, impressive quality.” Bailey said the fact the Cummins, Hazlewood and Starc powerbase has not played first-class cricket since the last Gabba Test at the start of the year did not concern him, however, the way the bowling attack finished the summer against India might.

Had Australia toured South Africa, Starc may have struggled to hold onto his place, but it would still be a brave call to leave out the champion left-armer who is a proven wicket-taking match-winner at the top level and a man who can also aid the performances of Nathan Lyon bowling into his footmarks.

“They’re professionals. They’ll work through (their workloads), but I’m expecting them all to be raring to go,” said Bailey.

South Australia and Queensland take each other on in a Sheffield Shield match starting on November 23, which could be crucial in the Head versus Khawaja battle for the one batting vacancy at No.5.

Although Bailey says he already knows who he is leaning towards out of the pair, a big score could be decisive, especially for Head who has now gone a few innings without a hundred, while Khawaja has scored back-to-back centuries and a heavy-duty 70 against Richardson and the West Australian attack. Travis Head had a great start to the domestic season.

Marcus Harris has been locked in as David Warner’s opening partner and captain Tim Paine is on track to prove his fitness following neck surgery.

But all eyes will be on Head and Khawaja.

“We’re starting to get pretty close to where we’re going with that,” said Bailey.

“They’ve both started the year very well. We know both can perform at Test level so there are positives on both fronts.

“We’re leaning towards one of them but the whole purpose of naming a squad is to have the squad there. We’ll work through that (Head v Khawaja) much closer to the start of the first Test.”

Bailey said Head’s relative youth worked in his favour as a forward-thinking selection, but that ultimately wouldn’t be a major factor when it comes to the here and now importance of just winning the Ashes.

Khawaja’s selection was boosted by the fact he is seen as the utility in the squad who could do a job as an opener or a No.5 if required. 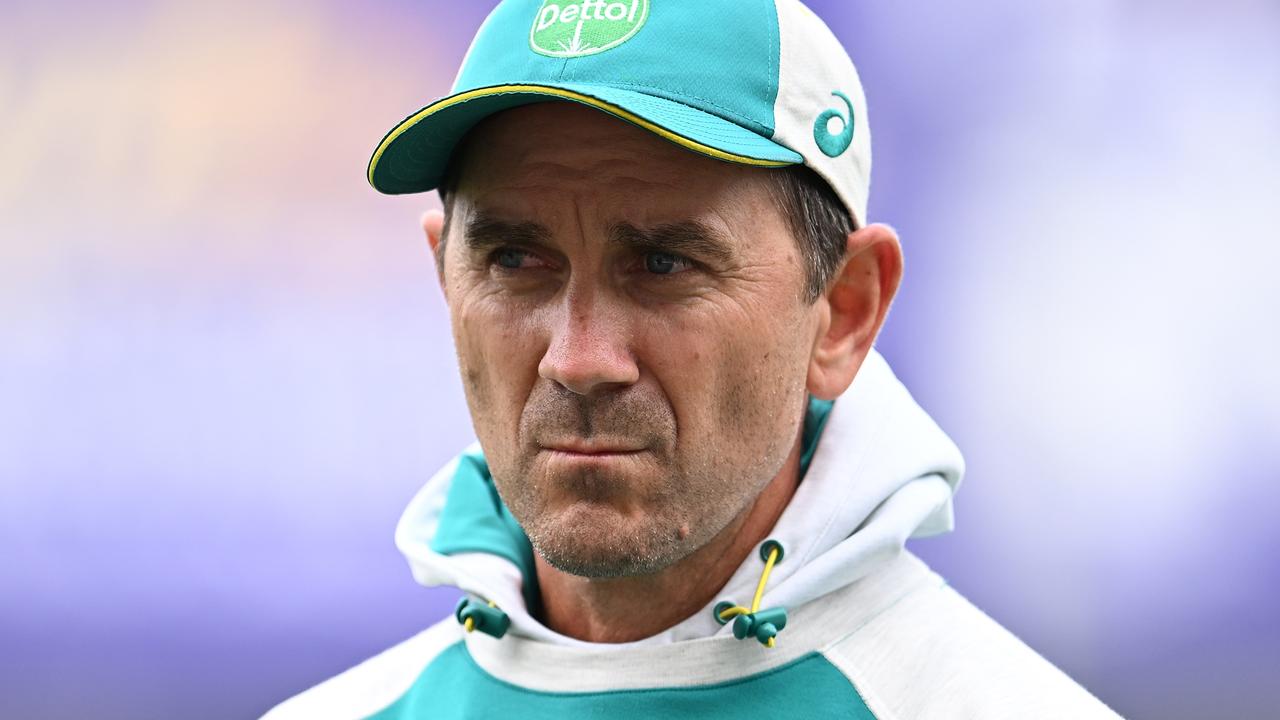 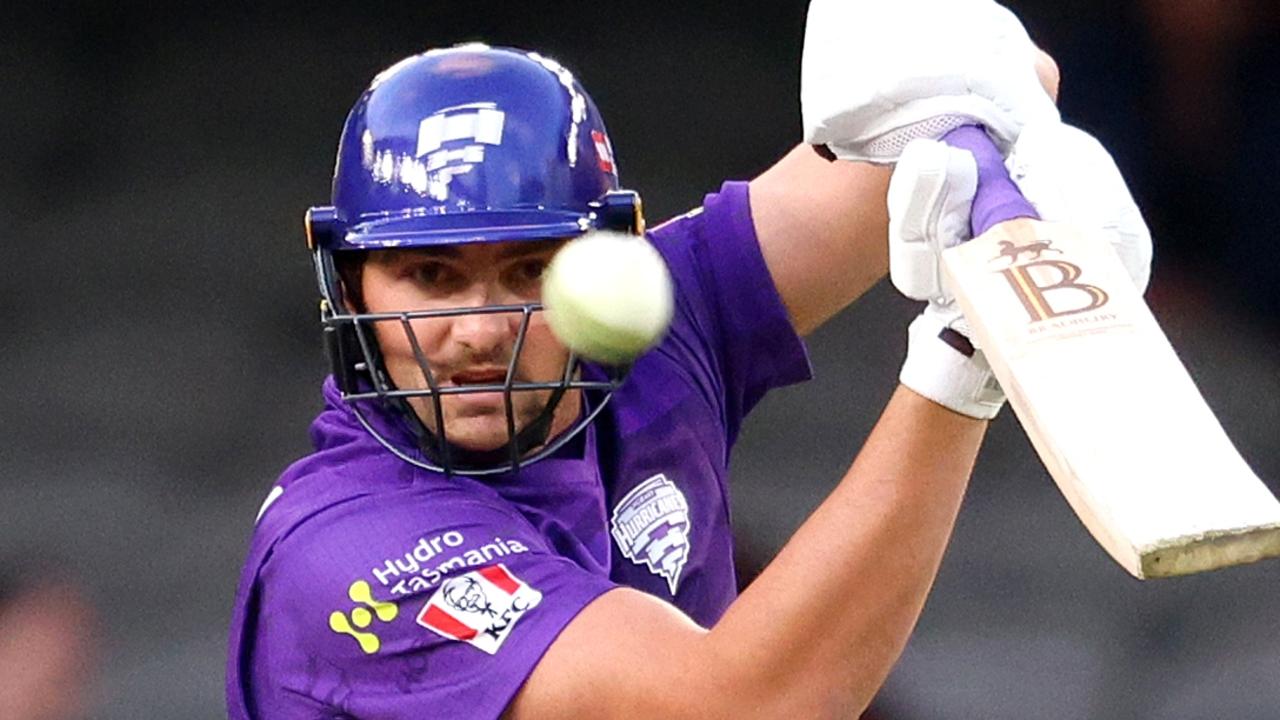 The unknown side of cricket’s great larrikin