Robbie Slater says it’s time we faced facts — Australian football is battling. Which is why the code needs the Socceroos to qualify for the World Cup more than ever before.

The Socceroos’ World Cup qualifying playoff against Peru is the most important match in the recent history of Australian football.

Let’s face it – football in Australia is at an extremely low ebb.

The football was barely adequate, crowd numbers were shocking and the new broadcasters failed to deliver.

It led to a massive drop in interest and appeal, with even the most diehard of football fans losing heart with the game they love.

Add to that Australia’s development system no longer being able to produce players capable of competing in the world’s best leagues, and it’s a very concerning time for football in this country.

That’s why it’s so important that we qualify for a fifth successive World Cup finals tournament.

It will lift the mood of football fans – a lot of whom now expect us to reach every World Cup – around the nation.

While there’s the argument that we need to miss qualification to make Football Australia truly realise there’s a problem with our development, and properly act on it, it’s better that we’re there rather than not there.

It’s the biggest football party in the world, and we want to be part of the celebrations.

However, so do the proud South American football nation of Peru, so it’s going to be extremely hard work on Tuesday morning (AEST) but that’s the way it should be. 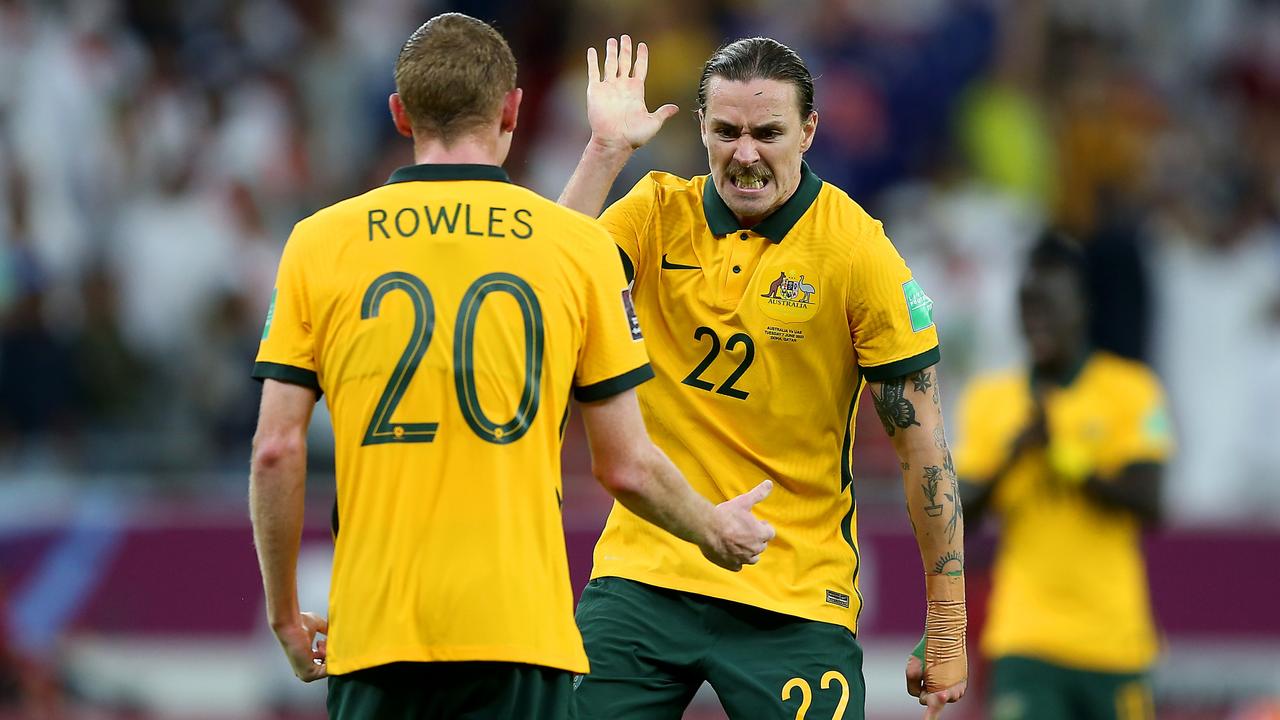 The Socceroos will start as outsiders but that doesn’t matter.

As coach Graham Arnold has said, his team enjoys being written off because it gives them the chance to prove people wrong.

There were those doubting that Arnie’s men would beat the United Arab Emirates in last week’s Asian playoff.

However, the Socceroos produced one of their best halves of football in recent memory to win 2-1.

Rather than drop their heads after the UAE equalised just minutes after going behind, the Australians lifted when it mattered and in the end the scoreline flattered their beaten opponents.

Craig Goodwin missed a sitter, while Jamie Maclaren – who impressed when he came on – had a shot that was well saved by the UAE goalkeeper.

In the end it took Ajdin Hrustic’s sizzling volley to seal the win in the closing stages but there is no doubt the Socceroos deserved the win. 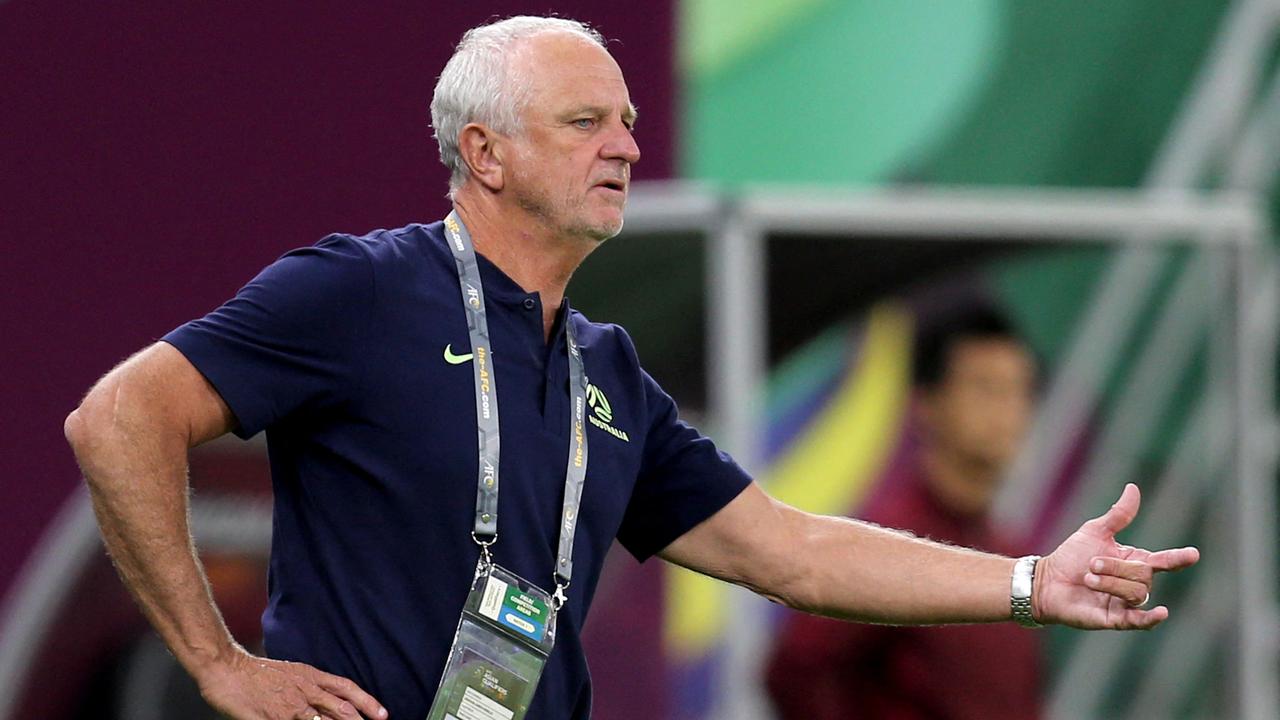 Australia's coach Graham Arnold has some massive calls to make.

Despite the victory, I’d be tinkering with the starting team.

In attack, Mat Leckie should be shifted from the centre-forward spot back to his usual left-wing position.

While that would be unlucky for Goodwin, the Adelaide United winger didn’t do enough against the UAE to keep his spot.

Maclaren deserves to start in the central striking role after his cameo off the bench last week.

The other change that should be made to the starting team is Fran Karacic replacing Nathaniel Atkinson at right back.

While Atkinson is good going forward, his defensive deficiencies were exposed by UAE winger Harib Abdalla.

Karacic is better defender, and with Martin Boyle – arguably the Socceroos’ most dangerous attacking weapon – playing on the right wing, he needs space around him to exploit and a fullback who sits in behind him. How to stop Peru

It’s not just Australia’s back four that will be required to defend well, with the Socceroos needing to press Peru all over the park.

The South Americans will want to slow the game down, so we need to limit their time on the ball as much as possible, which will force them to play the ball more quickly, and hopefully for Australia’s sake, erratically.

The Socceroos are going to need to keep a close eye on Gianluca Lapadula, who plays his club football in Italy with Benevento, as well as midfielder Yoshimar Yotún.

A “grand final” mentality has the Socceroos prepared for anything the dangerously unpredictable Peru throws at them in the battle for a place at this year’s World Cup.

A qualifying campaign that has largely been condensed into 12 months due to the ramifications of Covid-19 will come to its conclusion on Tuesday morning (AEST) in Doha.

The equation couldn’t be any more straight-forward for the Socceroos – beat Peru, whether it’s in normal time, extra-time or in a penalty shootout, and they will qualify for November 21-December 18 World Cup in Qatar.

Should the Australians lose, their bid for a fifth successive World Cup finals tournament appearance will be over.

Usually, such playoffs would be played over two legs on a home and away basis.

However, the rushed nature of the World Cup qualifiers – again due to Covid-19-caused problems – means this time it’s a one-off match at a neutral venue.

And that’s a scenario that suits the “Aussie DNA”, according to Socceroos coach Graham Arnold.

“These games are now just one-off games, and we’ve been able to drive that ‘Aussie DNA’ of a one-off game (being) a final, a grand final – there are no second chances,” Arnold said.

“You get out there and leave everything on the park.

“No doubt, Peru being a South American country that qualified for the last World Cup ... is obviously a good side, but our strength is that hard work, but also getting in the opposition’s faces and don’t let them play.

“Take their strengths away from them, and make sure that we play to our strengths.”

Peru’s “strengths” are varied, which makes them a dangerous proposition.

“I’ve reviewed Peru on a number of occasions,” Arnold said.

“They’re a typical South American team. (With) their discipline, they’re all over the place.

“A South American team ... they will throw a different challenge at us, but I do believe that the boys will be ready for it.” Fran Karacic is under consideration to start at right-back. Nathaniel Atkinson had some difficult moments against UAE.

Arnold said the only Socceroo definitely out of selection contention was Melbourne Victory left back Jason Davidson. who is suffering from a hamstring injury.

The right back spot is definitely up for grabs following Nathaniel Atkinson’s poor defensive display in Australia’s 2-1 playoff win over the United Arab Emirates last week, which has left the door open for Fran Karacic to replace him.

In the centre of defence, it’s hard to imagine Arnold splitting up Bailey Wright and Kye Rowles even if long-time servant Trent Sainsbury recovers from a knee injury.

“The one thing that we’d have to think about with Trent is that the last game he played was April 15,” Arnold said.

“He hasn’t really had a game since then, a full 90 minutes and obviously he’s had this injury.”

A-League Golden Boot Jamie Maclaren put his hand up for a starting recall with an impressive cameo off the bench against the UAE, while Mitch Duke, Nick D’Agostino and Adam Taggart, provided he can overcome a thigh injury, are other options in the central striking role.

“’Lecks’ did very well (at centre-forward) against the UAE. He chased and harassed the centre-backs, and did a fantastic job,” Arnold said.

“In my brain I know what (the forward line) is but I can’t share that with you.”