Matildas captain Sam Kerr has received an Order of Australia medal for her services to football. Sam Kerr wants to “inspire the next generation” as she attempts to lead the Matildas to Asian Cup glory in India.

The Matildas captain was on Wednesday awarded the Order of Australia medal for services to football.

“The OAM sits right up there with one of the biggest achievements for me – it’s an amazing honour,” Kerr said ahead of Australia’s group match against Thailand in Mumbai on Friday morning (AEDT).

“I don’t see this award as an individual (prize). I’ve had so many people and coaches and teammates help me along this journey.

“Who would have thought that someone in the Matildas would receive this?”

Kerr was a teenage member of the Matildas’ squad that won the 2010 Asian Cup.

It’s an experience she will never forget and as she was mentored 12 years ago, she wants to pass on her knowledge and experience throughout Australia’s camp in India.

“To be recognised globally is an amazing honour. It’s something that I pinch myself about,” she said.

“I’ve tried to make as much effort, as Covid-safe as possible, with these young girls and all the staff working here at the Asian Cup, because I know what it meant to me back then.

“I’ve been really trying to give my time to everyone here to inspire the next generation.” The 28-year-old Chelsea striker said there was “so much” she still wanted to achieve.

“I want to win more trophies with the Matildas and with my club, but I want to continue to grow the game and change the game, and I want to reach different people in different walks of life. I think I have the opportunity to do that in Australia,” she said.

“Being here in India, it’s been amazing to see the growth and how interested people are in women’s sports,” she said.

Having already booked a place in the quarter-finals, the Matildas only need a draw against Thailand to top their group.

Young forward Cortnee Vine is hoping for more game time after making her Matildas debut in Australia’s last-start 4-0 win over the Philippines.

|It’s actually happened so I can now say I’m a Matilda, which is mind blowing.

“Not much went through my mind when I got out on the pitch. I feel like I’m a player that really does just play in the now.

“My mindset was just to go out there and just play my game and show them what I can do.” 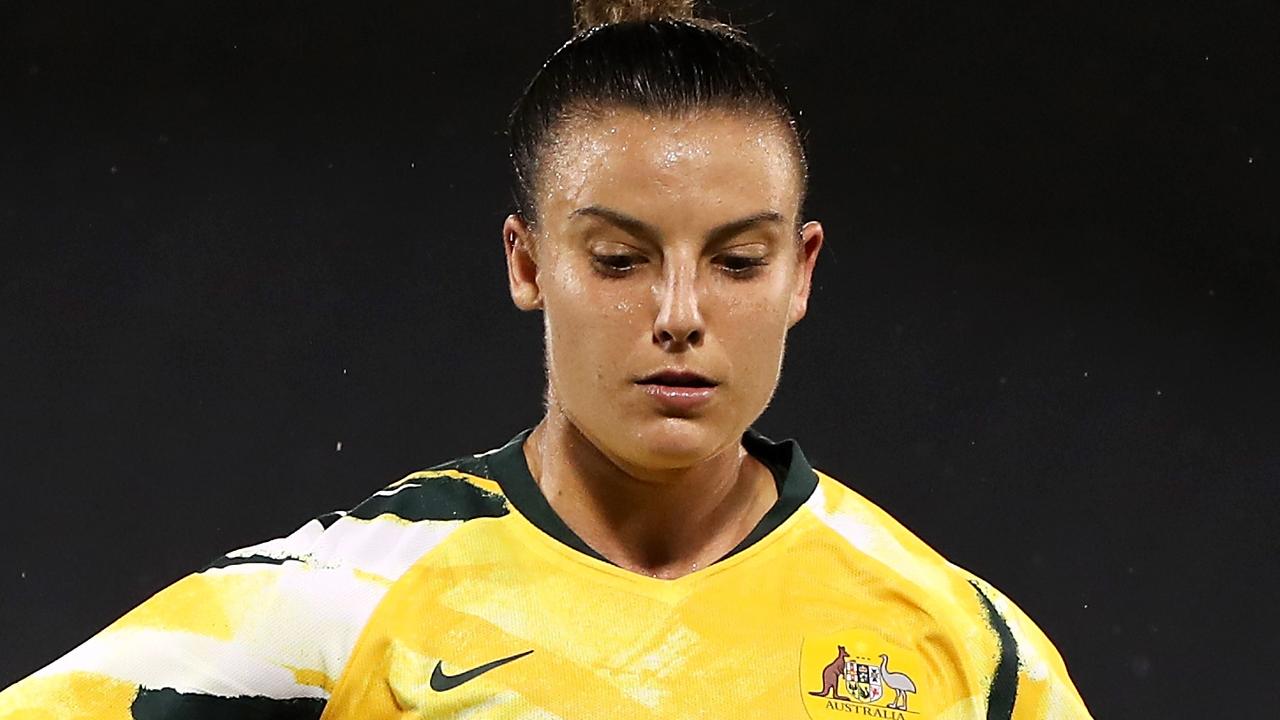 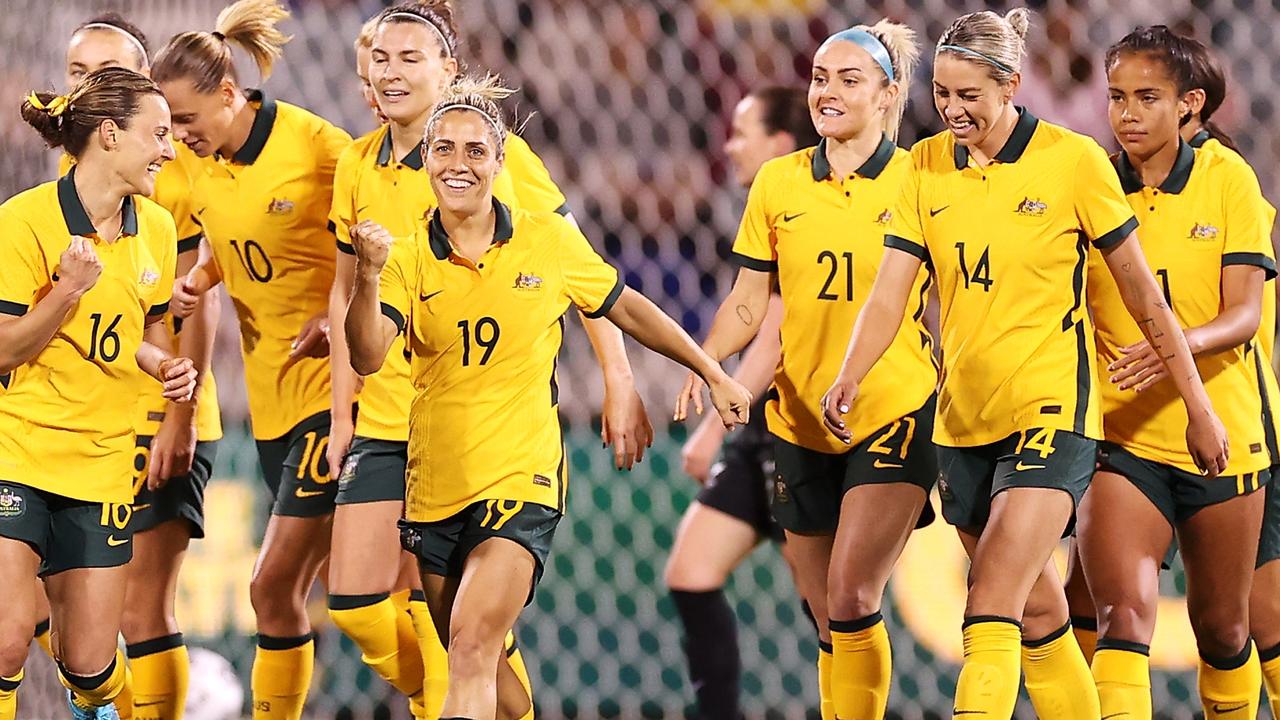 They thought they were on the cusp of becoming the oldest capped Matildas — instead the Australian XI which played in the first Asian Cup has been denied formal recognition. Find out why. Unease lingers over the squad and coach of Australia’s beloved Matildas with one year to go until they play a home World Cup, writes ADAM PEACOCK. 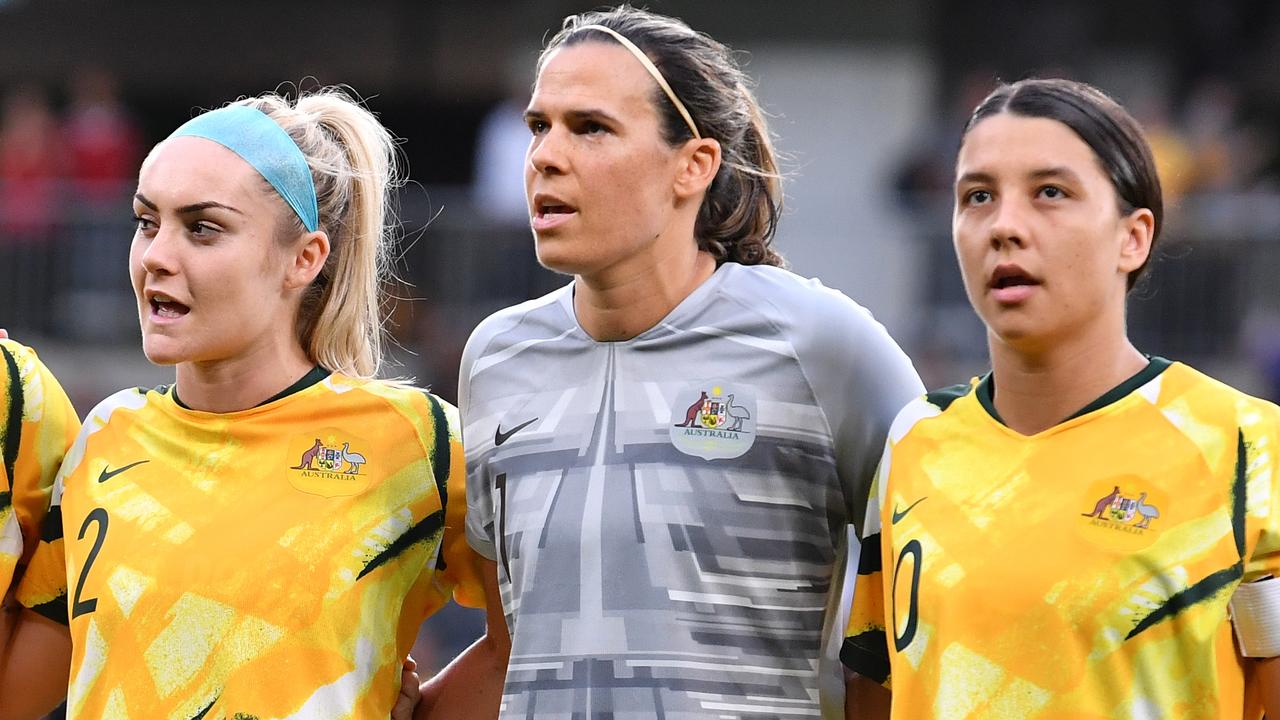 A year out from World Cup, Matildas coach Tony Gustavasson is searching for a key replacement but one expert believes the manager has far more pressing issues. This week marks one year to go until the Women’s World Cup in Australia and New Zealand. ADAM PEACOCK speaks to the woman leading Australia’s side of the organising committee.