Sam Kerr just endeared herself even more to football fans everywhere by flattening a pitch invader — only to be punished by the ref.

Football fans don’t need another reason to love Sam Kerr even more than they already do, but she gave them one anyway.

The Matildas captain knocked a pitch invader to the turf after he ran onto the ground hunting a selfie during Chelsea’s Champions League clash against Juventus on Thursday morning.

But even though the unwanted visitor came off second best, Kerr didn’t escape unscathed.

Remarkably, the referee showed the Blues striker a yellow card for her bump that would have made plenty of AFL players proud.

Social media lit up as Kerr brought back memories of Australian cricketer Andrew Symonds’ famous shoulder charge on a pitch invader at the Gabba years ago.

English sports journalist Molly Hudson tweeted: “I have never seen that at a women’s game … Pitch invader, Sam Kerr pushes him over and gets a yellow card. Bizarre.”

Football reporter Adam Millington wrote: “In case you needed it, even more information that Sam Kerr is an absolute legend. Probably her best moment of the past week.” 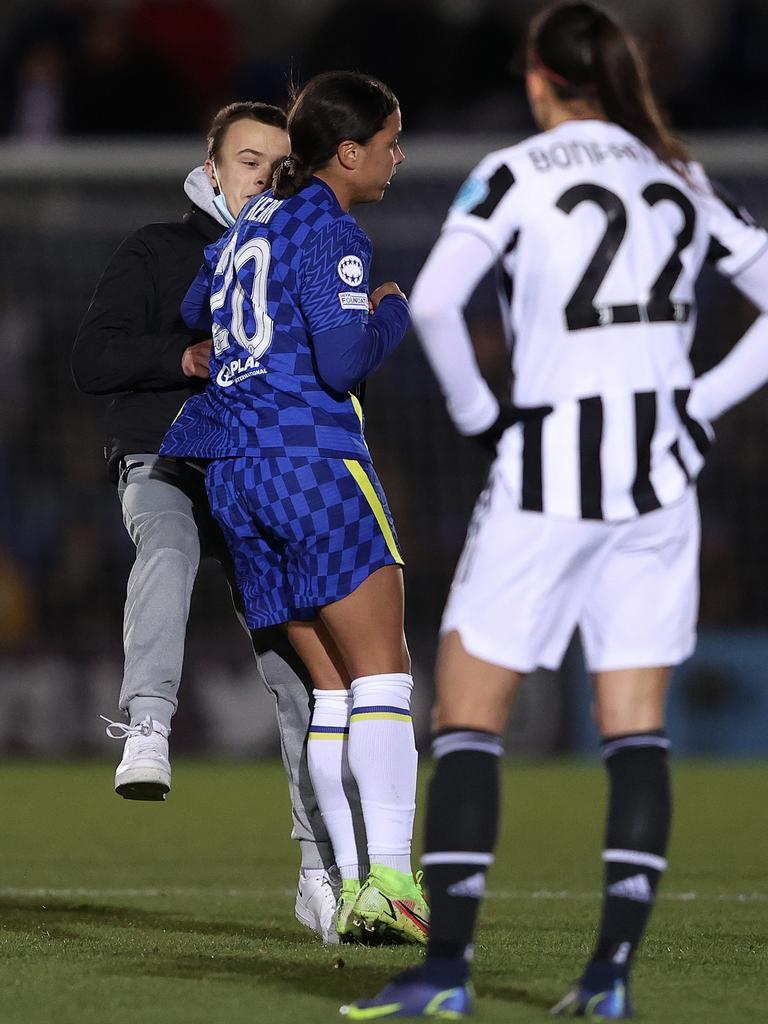 Is that Sam Kerr or Andrew Symonds? (Photo by Warren Little/Getty Images)

Josh Bunting added: “That’s the first time I’ve ever seen that at a women’s game, a pitch invader trying to get a selfie but Sam Kerr pushes him down and then gets booked. Absolutely bizarre, never seen anything like that. First time for everything.”

Reporter Lavender Baj said: “Sam Kerr dropping a pitch invader during a Champions League game is the most girlboss s**t I’ve ever seen and I’m so here for it.” 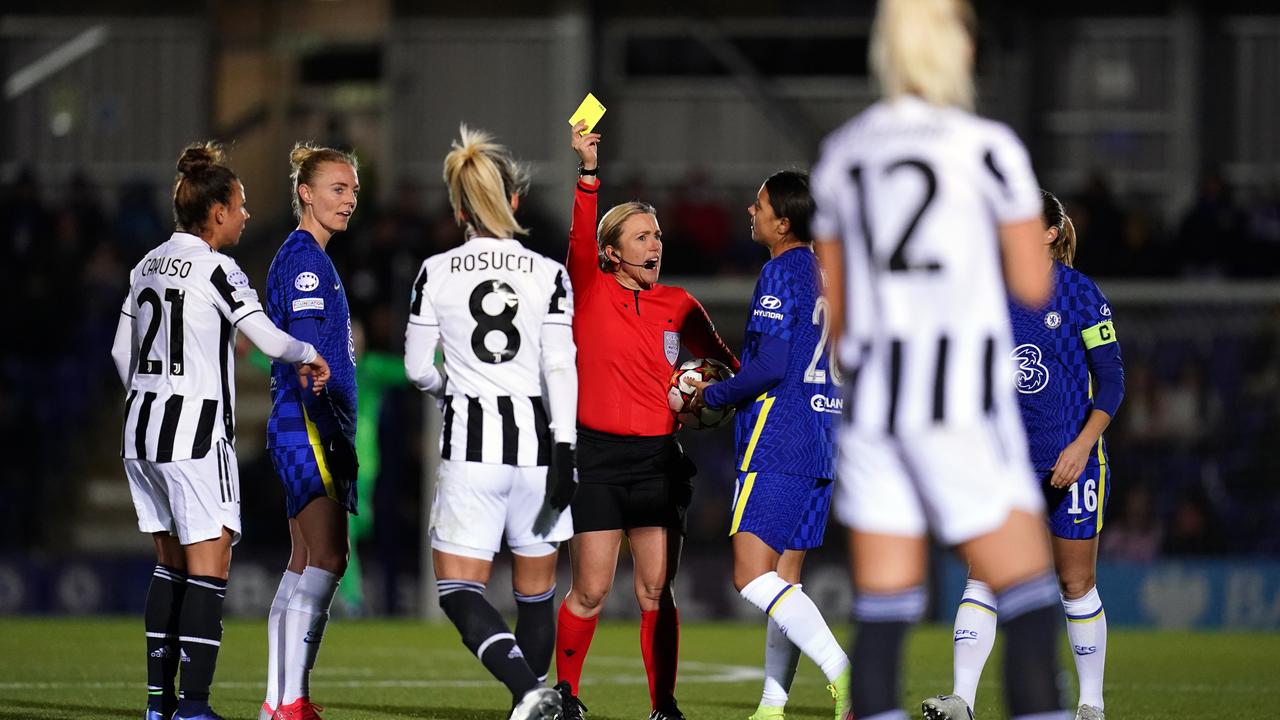 Can you believe she got carded for that? (Photo by John Walton/PA Images via Getty Images)

Kerr’s hip-and-shoulder came after she scored a double to help Chelsea beat Arsenal in the FA Cup final on Monday (AEDT).

The Aussie star registered Chelsea’s second goal with a ruthless finish just before the hour mark and rounded off the scoring in style with a dinked finish over the advancing Zinsberger.

Last week Alexia Putellas of Barcelona beat Kerr to win the women’s Ballon d’Or prize at a ceremony in Paris. 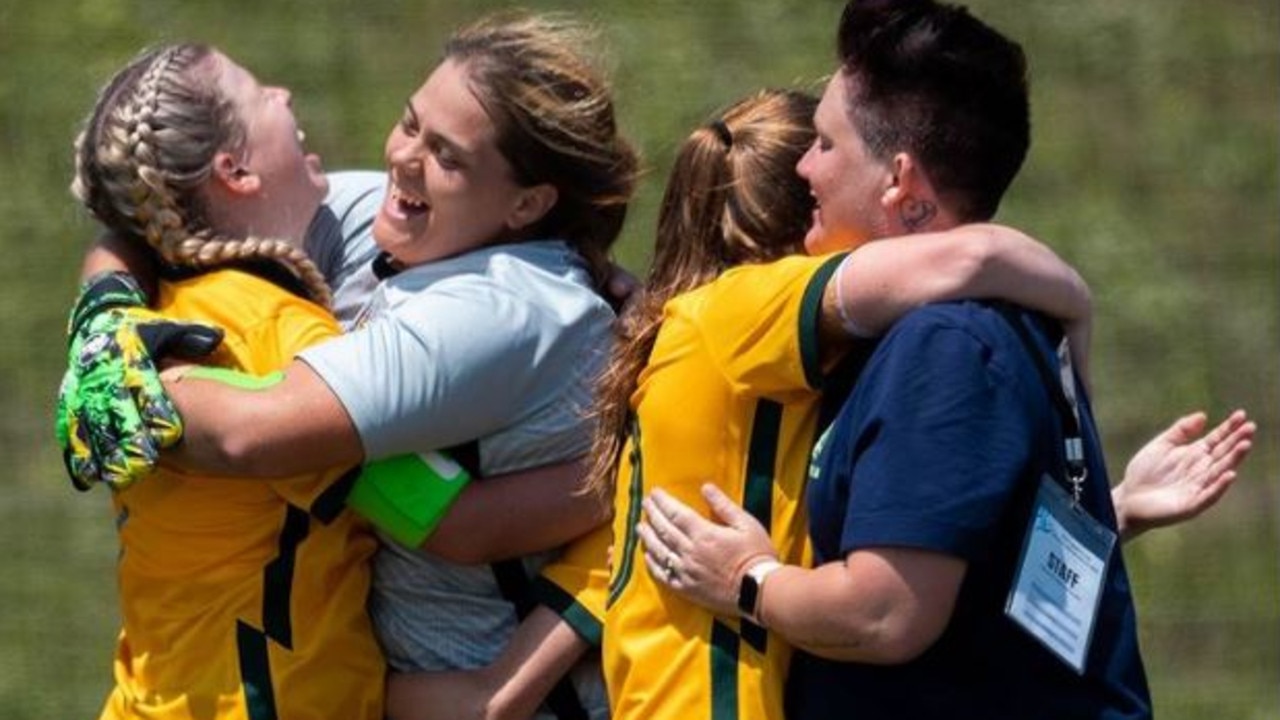 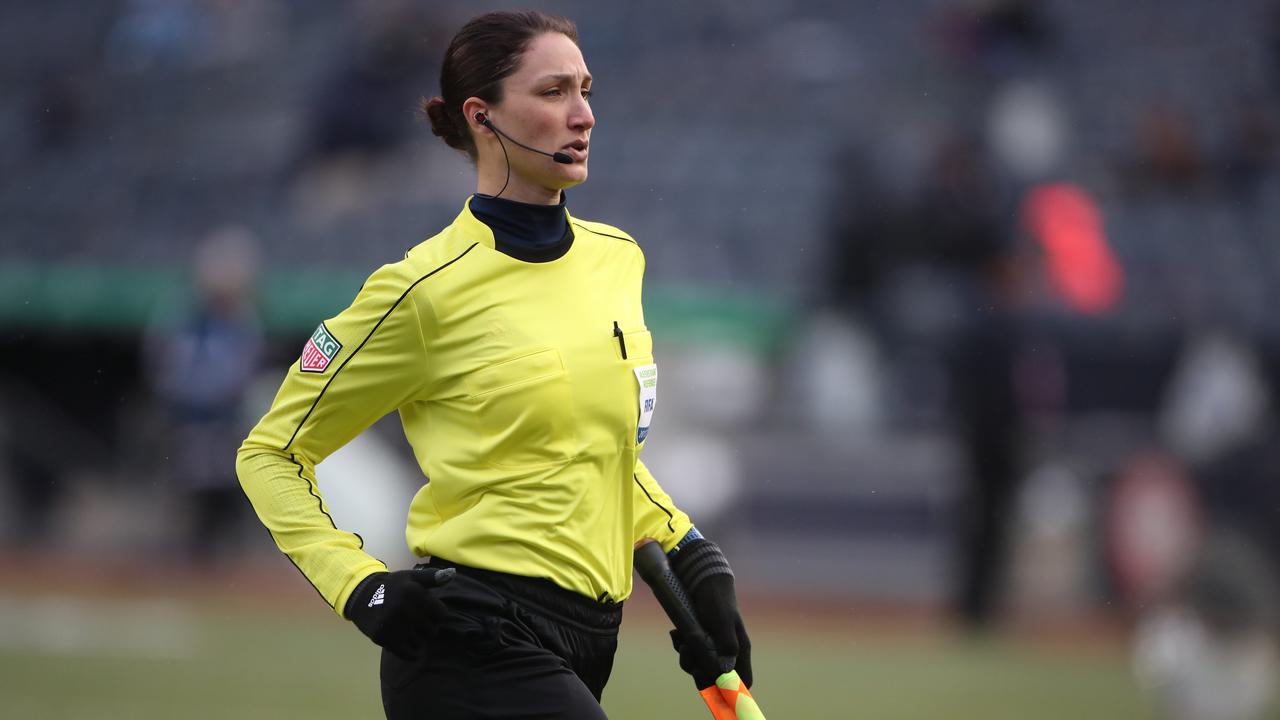 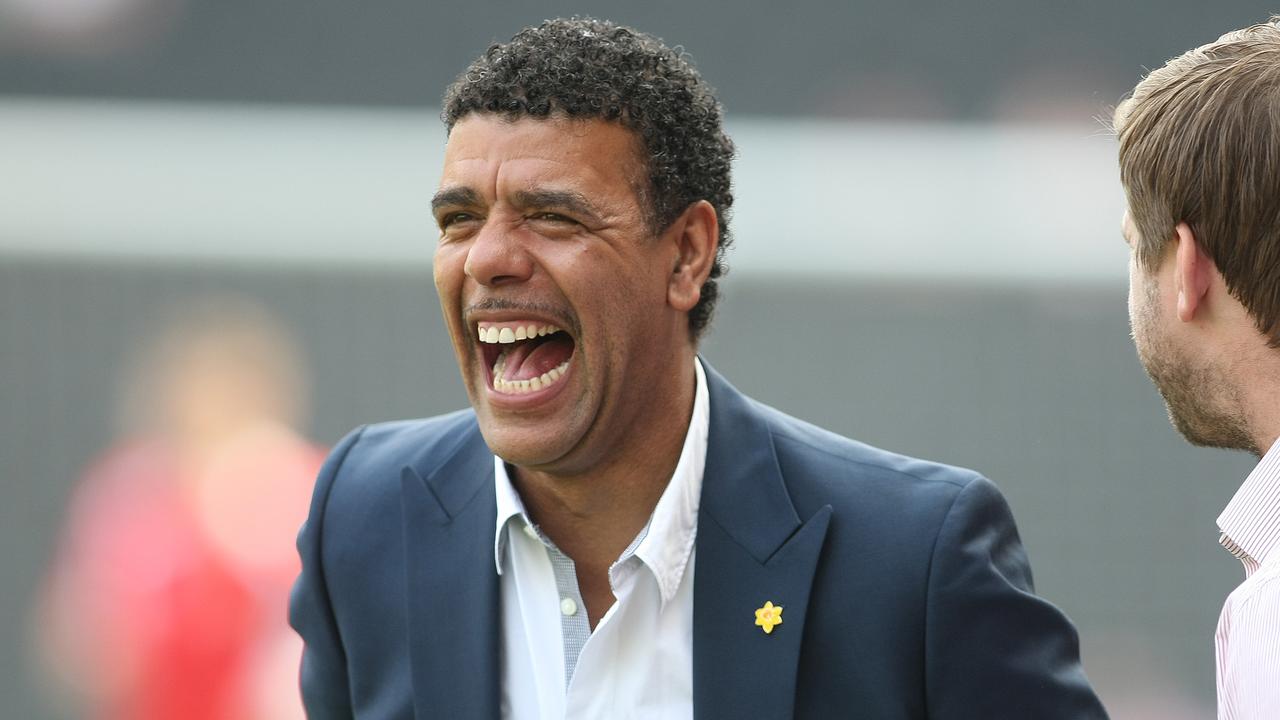 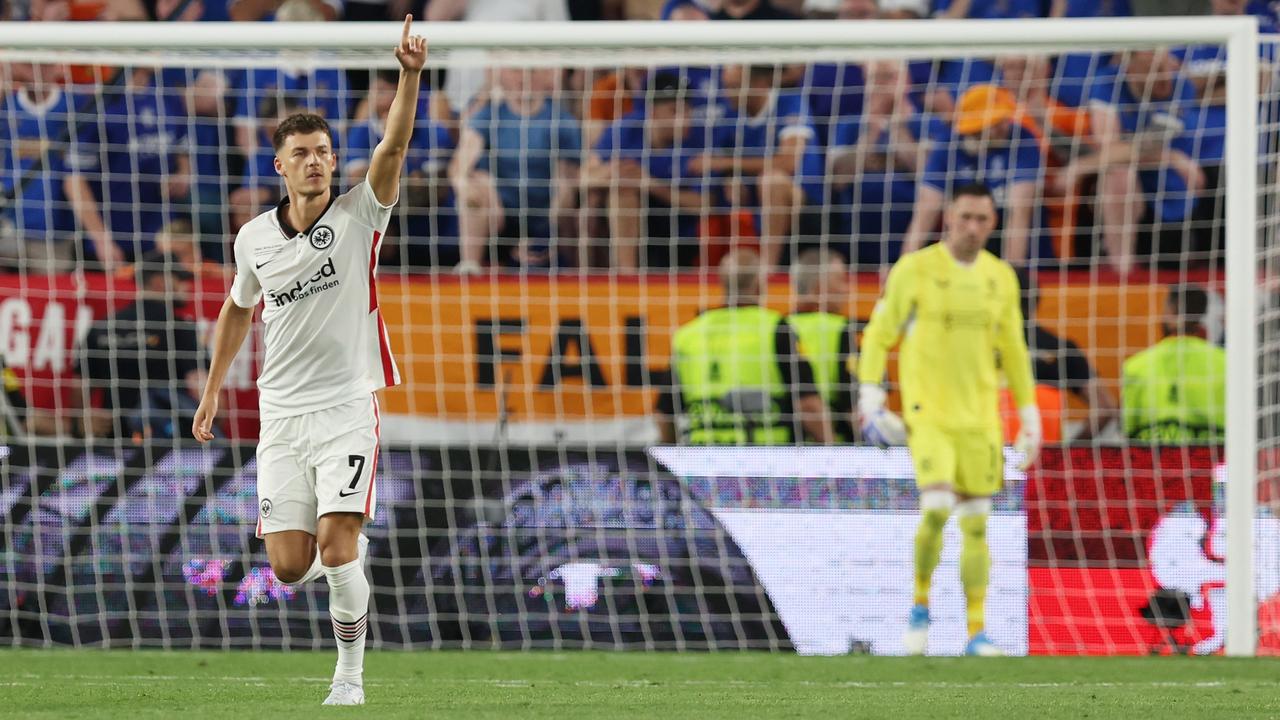 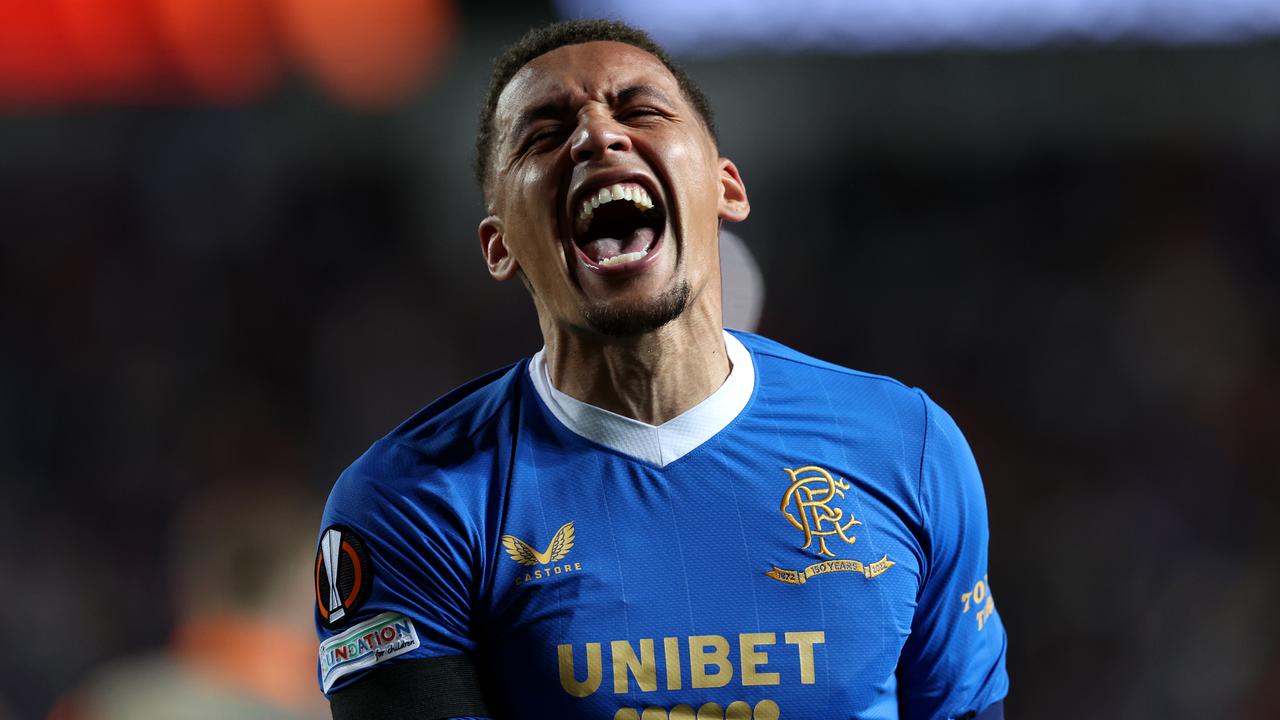 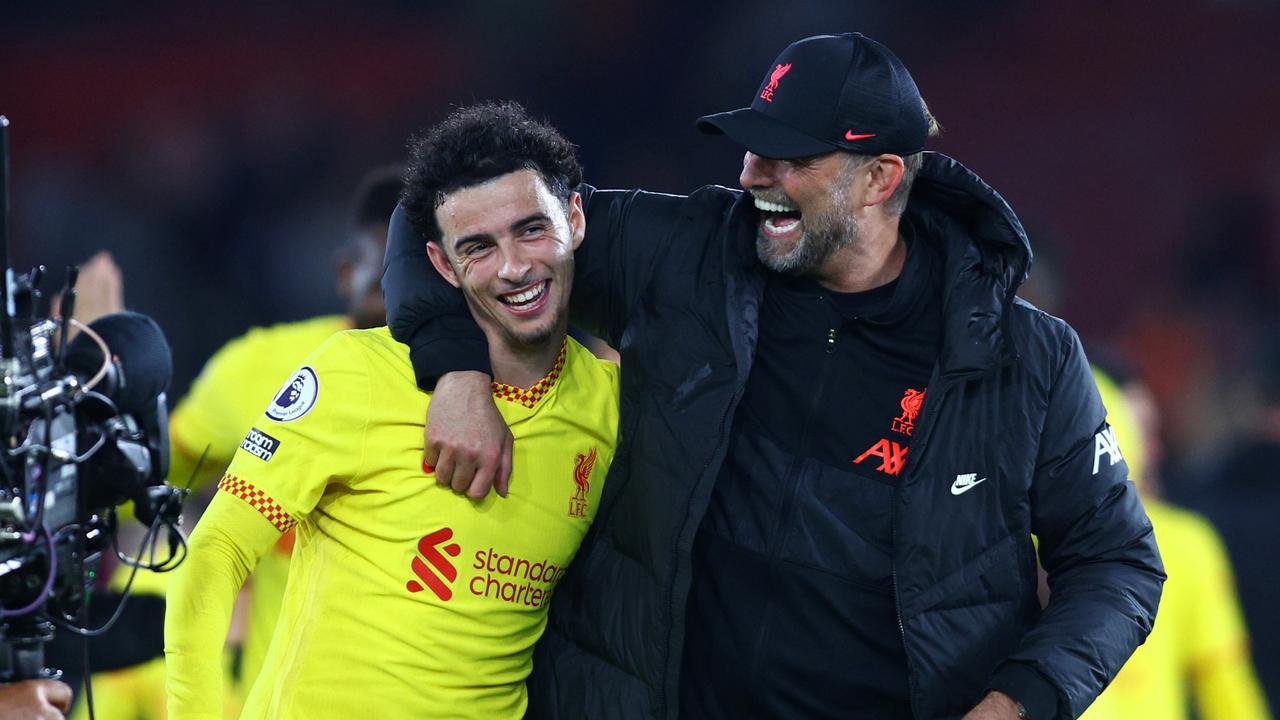