Cameron Smith has missed the cut on day two of the US Open, as Collin Morikawa proves top of the American’s fairing best on home soil.

Two-time major winner Collin Morikawa fired a four-under-par 66 to seize the lead late in Friday’s second round of the US Open with Jon Rahm and Rory McIlroy one stroke adrift.

Seventh-ranked Morikawa stood on five-under 135 after 36 holes at the Country Club, one stroke ahead of second-ranked defending champion Rahm, third-ranked McIlroy and 259th-ranked American Hayden Buckley.

“No one has taken it deep so far and run away,” Morikawa said. “But you know what, right now my game feels really good.

“The last few days is a huge confidence booster for me heading into this weekend, and hopefully we can make some separation somehow.”

American Joel Dahmen was still on the 7,254-yard layout on 5-under with three holes remaining. 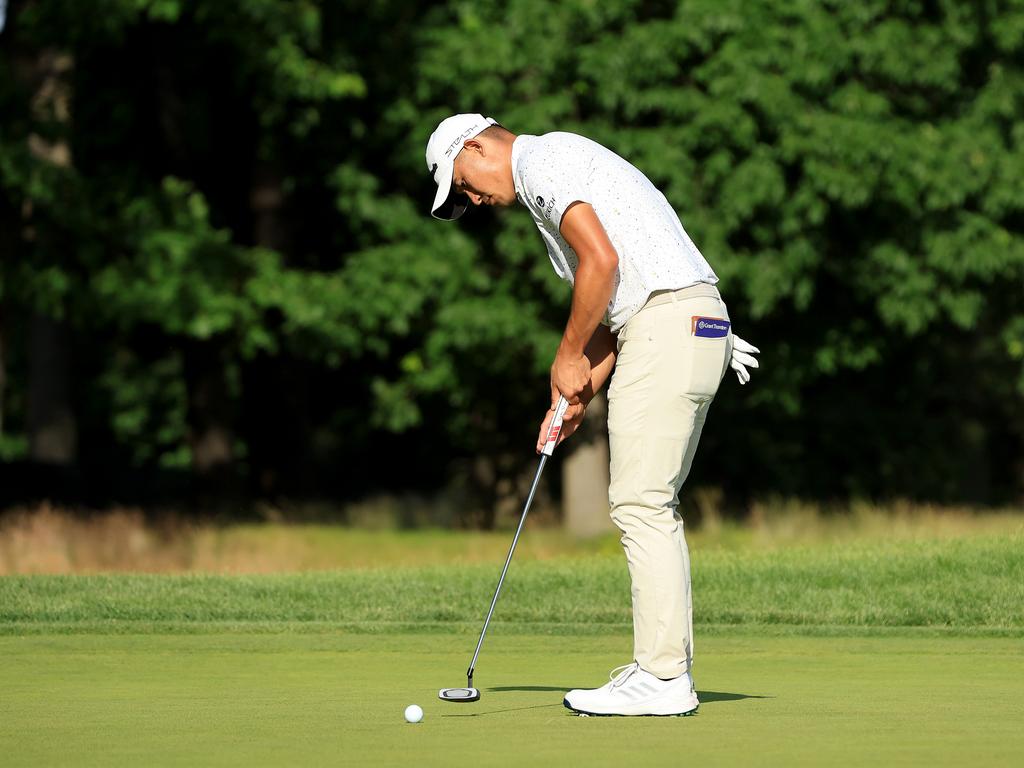 Hawaii’s Collin Morikawa sits atop the US Open leaderboard, sharing the top at five under with Joel Dahmen. Picture: David Cannon/Getty Images

After missing the fourth green with his approach to set up his lone bogey, Morikawa answered with a disappointing birdie at the par-5 eighth after dropping his second shot four feet from the cup.

“I knew the tempo was a little off,” Morikawa said. “It just happened to be a putt I didn’t match up. I’m not too worried about it, really.” 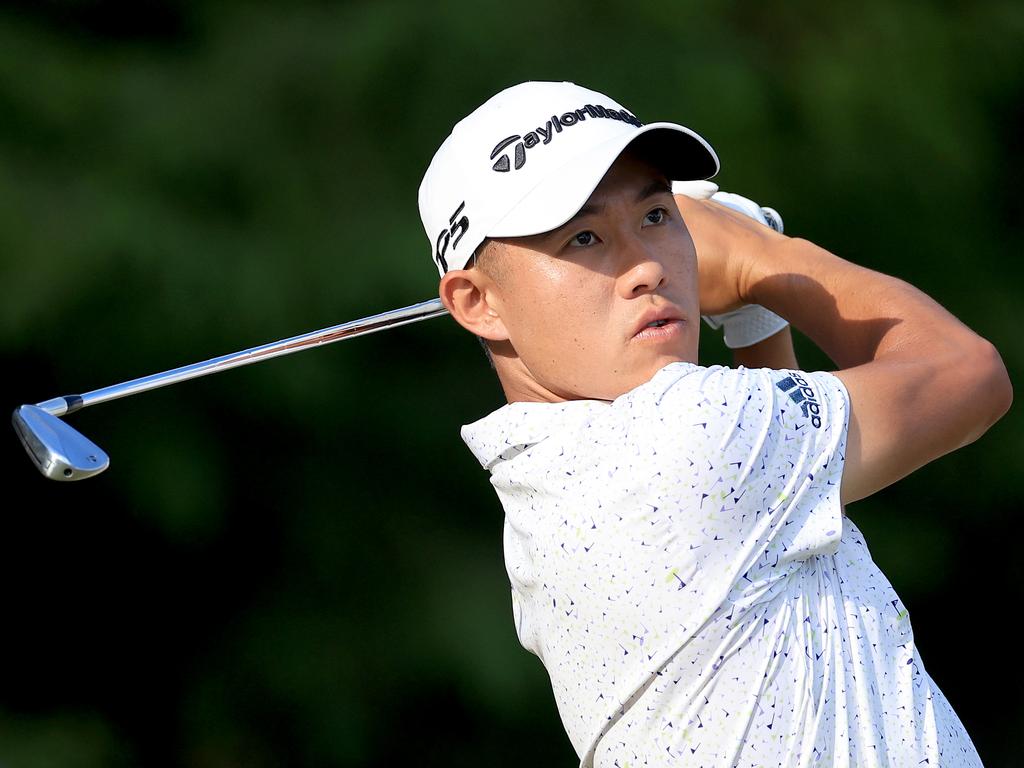 Morikawa shot four under in the second round to move into the lead. Picture: David Cannon/Getty Images

McIlroy, chasing his first major title since 2014, comes off a victory in last week’s PGA Canadian Open. Not since 1934 has a player won the week before and then captured the US Open.

Buckley, a 26-year-old American developmental tour player, missed the cut in last year’s US Open in his only prior major start Top-ranked Masters champion Scottie Scheffler, with an eagle and two birdies in the last six holes, was in a pack on 137.

“I just stayed real patient,” said Scheffler. “I hit it really good. If a few putts had gone in instead of around, it could have been a really special day.” Canada’s Adam Hadwin, the 18-hole leader after a 66, shot 72 to stand on 138. South Africa’s M.J. Daffue, making his major debut, birdied four of the first seven holes to lead by three, then made three bogeys in five holes on the back nine and closed with a double bogey to finish on 139. Rory McIlroy finished the second round at one shot off the pace. Picture: Jared C. Tilton/Getty Images

Players Championship winner Cameron Smith was cut from the tournament after a frustrating day two. The Australian, who entered the tournament ranked fifth in the FedEx Cup, finished at four over at 74.

Marc Leishman is the best placed of the remaining Australians, at six shots off the pace.

Six-time major winner Phil Mickelson also missed the cut on 11-over 151. The 52-year-old US lefthander was among 15 rebels from the Saudi-backed LIV Golf Series playing against US PGA Tour stars for the first time. Cameron Smith couldn’t turn around his disappointing results from the first round. Picture: Rob Carr/Getty Images

LIV players were a combined 53-over on Thursday and 25-over late on Friday. With the richest purses in golf history, LIV Golf has lured players from the PGA Tour, which banned 17 current and former members last week after they played LIV’s debut event in England.

A regular-season LIV event offers $25 million in prize money, $7.5 million more than the US Open pays.

The US Golf Association decided to stay with its Open qualifying criteria and didn’t ban LIV Golf players.