The narrative has always been that Greg Norman’s biggest regret in golf was his meltdown at Augusta. But there’s two other moments that haunt him more.

There are so many myths about Greg Norman and his near misses in the majors that it’s almost impossible to figure out what’s real and what’s sheer fantasy.

Tom Watson always reckoned the Shark was “snakebit” while others dismiss his close shaves as chokes that he only has himself to blame for.

Neither theory really passes the pub test because the truth is somewhere in between but they don’t even come close to the biggest fallacy that’s still perpetuated about the Great White Shark and his luckless major finishes.

For the past quarter of a century, the popular narrative has always been that Norman’s biggest regret in golf was his last round meltdown at the 1996 US Masters.

Watch every round of The 150th Open Championship EXCLUSIVELY LIVE on FOX SPORTS available on both Kayo & Foxtel 15-18 July 2022. Get Kayo or Foxtel now. Greg Norman collapses on the ground after narrowly missing his chip shot in the 1996 US Masters. Picture: Stephen Munday The popular narrative is that his last round meltdown was his biggest refret.

It definitely did sting, as he admitted himself in the excellent ESPN 30 for 30 documentary Shark, which was released this week and has given fresh legs to all the conspiracies about his record in majors.

But as the man himself told The Sunday Telegraph, it’s a load of crock to think the 1996 Masters was his worst experience on a golf course.

Norman finished runner-up in eight majors but while that one day at Augusta National is the one most people remember, there were two other occasions which the now 67-year-old says haunt him far more.

The first was at the 1989 British Open, played at Troon on the Scottish west coast, where he was beaten by American Mark Calcavecchia in a three-way playoff that involved another Australian, Wayne Grady.

Norman wasn’t even in contention going into the last round but shot a course record 64 to charge up the leaderboard and force his way into the playoff with momentum on his side.

That was the year they had a four-hole playoff, and Norman hit the ground running, seizing control with birdies at each of first two playoff holes before everything suddenly unravelled.

He bogeyed the par-3 17th when he flushed a 3-iron that overshot the green to drop him back into a tie with Calcavecchia, who drained a monster birdie on the previous hole.

They went to the last. Greg Norman plays a shot from the bunker in the 1989 British Open. Picture: Simon Bruty/Getty Images

Calcavecchia found the right with his tee shot, then Norman, one of the biggest hitters in the game, proceeded to smash a 310-yard drive down that was too long, because his ball dropped into a deep bunker that was considered unreachable from the tee box.

He had a terrible lie in the sand and when he played his second, he ended up in another fairway bunker, while Calcavecchia found the green. Grady, two shots adrift, was already out of contention.

Needing something special, Norman rolled the dice on his third shot but hit out of bounds, ending any chance he had of beating Calcavecchia. Norman didn’t even play out the hole as the American finished with a birdie to claim his one and only major title.

“The biggest disappointment I had in the Open was at Troon when I got beaten in that playoff,” Norman said.

“When I hit that driver down 18, I never even had a yardage marker on 18. I hit a great drive and never anticipated the ball getting all the way down into it.

“But that‘s one shot that always sticks in the back of my mind about how did it get down there?

“Did it land on a downslope or something on the fairway? How did it go 300-plus yards and end up there. The other shot that torments Norman to this day was at Augusta National, but not the 1996 Masters.

It happened a decade earlier on the last hole when he was chasing down 46-year-old Jack Nicklaus, who shot a brilliant final round 65 to snatch the clubhouse lead.

After a mixed start to his last round, Norman got himself on a roll, reeling off successive birdies at the 14th, 15th, 16th and 17th holes to join The Golden Bear in the lead.

Norman spanked his tee shot at the 18th right down the middle of the fairway way to give himself a clean shot at the green, then made a fatal mistake he still regrets.

Instead of taking a full swing with a 5-iron, he changed his mind and grabbed a 4-iron out of the bag, only to miss the green altogether and land in the galleries.

He failed to get up and down for par, finishing one stroke behind Nicklaus in what turned out to be the first of Norman’s three runner-up finishes at the Masters.

“You‘ve got to take the good with the bad,” Norman said.

Greg Norman has bared his soul about the tortured near misses of his turbulent career but a cryptic tweet from a golf analyst suggests more pain of a different kind lies ahead.

One of Norman’s most admirable qualities as a player was facing up to the media and looking reporters squarely in the eye after the good, bad and utterly shattering moments of a career in which he was the best golfer in the world for a staggering 331 weeks but won just two majors.

The Shark donned his crocodile skin again in a fascinating 30 for 30 documentary by ESPN aired in Australia on Wednesday night. Greg Norman featured in a documentary on the highs and lows of his career … but there was no mention of the rebel Saudi Arabia Golf tour.

He revisited Augusta National to relive the excruciating series of doomed closed calls in the US Masters including being foiled by a Larry Mize chip in 1987 and, more infamously, the 1996 Masters where he surrendered a six shot last day lead to Nick Faldo.

Square-jawed as always but with glassy eyes and the occasional deep swallow a sign of deeper emotions, Norman was as philosophical as anyone could be after being struck by lightning so many times. But the pain was still obvious as he watched television footage of his collapse to Faldo for the first time. The 30 for 30 doco revisited the pain of Norman’s 1996 Augusta collapse. Picture: Stephen Munday/Allsport.

The backdrop to the show was that Norman has become a scorned figure among traditional golfing circles after being the front man for a proposed rebel Saudi Arabian world circuit.

The project was still crystalizing when a wide range of analysts and contemporaries were interviewed for the documentary which contained no mention of the hugely controversial project.

Former PGA tour professional turned analyst Brandel Chamblee was interviewed but tweeted a clarification before it went to air.

“I was asked to be a part of this before I knew Greg was going to be a shill for the Saudis,’’ Chamblee wrote.

A brilliant career that was shaped by a stunning collapse. The latest @30for30 examines the legacy of professional golfer Greg Norman.

"Shark" is coming to ESPN and @ESPNPlus on April 19. pic.twitter.com/xfgZW83rqv

I was asked to be a part of this before I knew Greg was going to be a shill for the Saudis (which makes his inference that Iâ€™m a paid mouthpiece for the PGA Tour laughable and quite ironic). Whatâ€™s important to notice in this show are the absent voices, who wouldnâ€™t speak of him. https://t.co/3d8N5x1vZT

“What’s important to notice in this show is the absent voices who wouldn’t speak of him.’’

The one gap in the list of interviewees is any current player reflecting on the influence Norman had on their career.

These are precisely the signatures Norman is chasing and – currently - is unable to land for the rebel tour.

Were they not approached? Did they know the storm was coming and decided to keep their heads beneath the parapet? With the elephant not in the room, parts of the show were enhanced because it cleared the way for a magnificently, absorbing deep dive into the emotional wreckage of a career which the great Tom Watson called “snakebit’’ for all the star-crossed near misses.

But it also left the biggest questions in world golf unanswered. How can Norman start a mega-rich rebel tour in England in June when just one player on the PGA tour (Robert Garrigus) has asked for permission to join them?

How does he feel about being blasted by the likes of Rory McIlroy for his association with the Saudi Arabian government, with its horrendous human right record? Viewers of the documentary would have been none the wiser of the rebel league, instead seeing how Norman botched the 1996 Masters. Picture: AP Photo.

For viewers of the documentary all of that would have been forgotten as many engrossing secret stories of Norman’s demise were laid bare for the first time.

How his confidence was rocked when he walked by a bar when six shots in front his third round in 1996 and an English journalist quipped “not even you could f--- this up.’’

How he was spooked by the fact that his private jet was sent to pick up people for the expected victory party before he even teed off in the third round.

How he phoned tournament broadcasters on the final morning to complain about one of their broadcasters predicting he would choke and how he still has two boxes of fan mail at home from people praising how well he conducted himself after the collapse.

“I was lucky and I was unlucky,’’ Norman said.

“What happened in 96 is part of history and I am cool with that now. It did sting for quite a while but I can talk opening and emotionally about it now.’’ 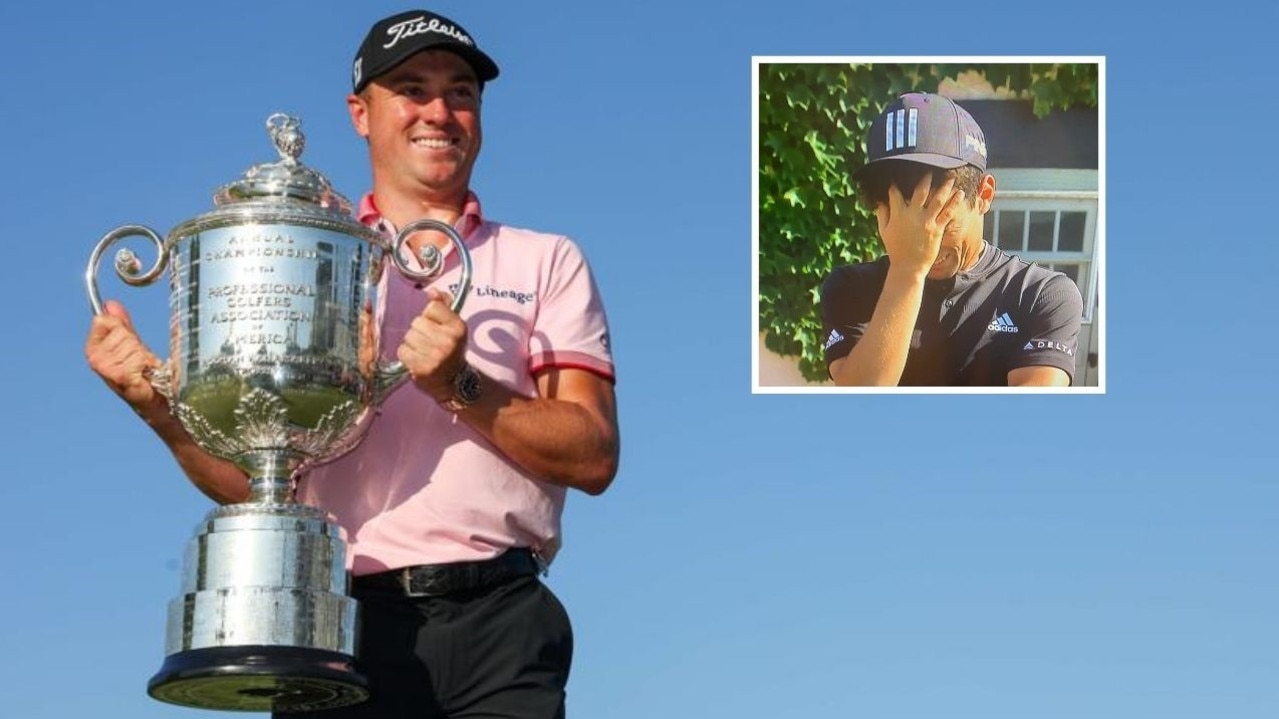 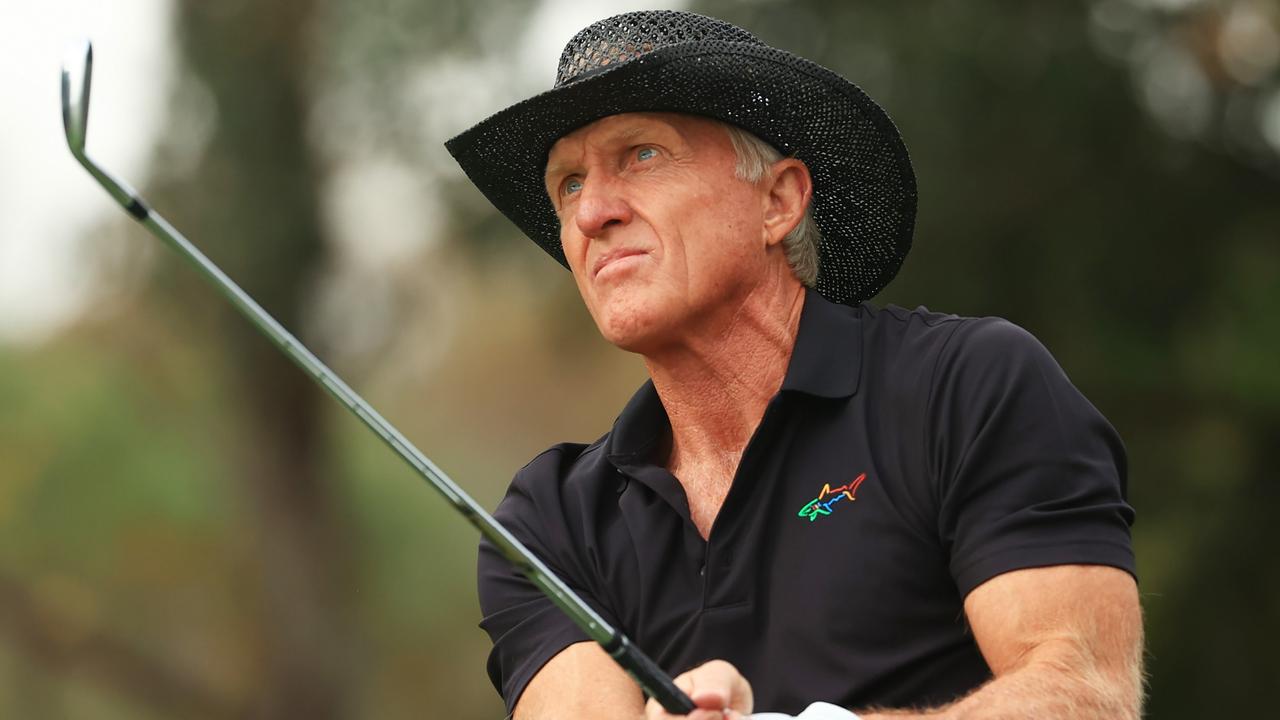 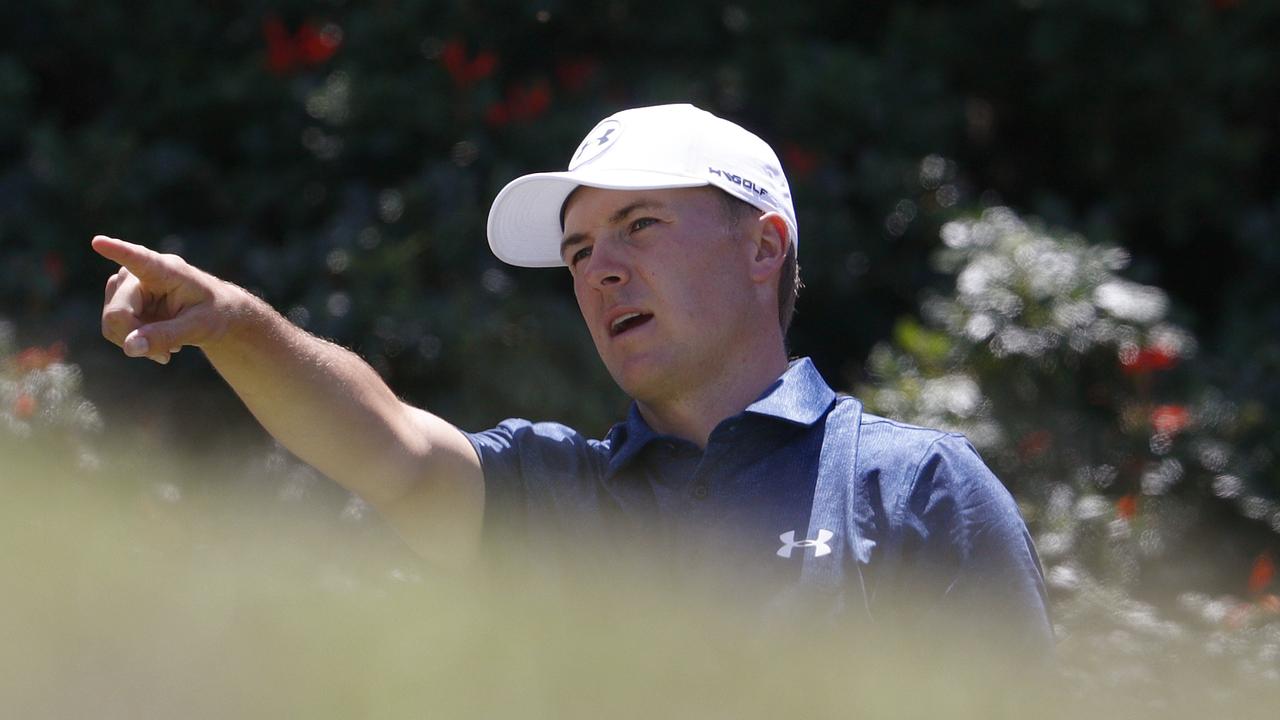