Daniel Ricciardo’s McLaren teammate Lando Norris spent the three days practising alone in Bahrain. That will change after the Aussie received some good news on the Covid front.

Daniel Ricciardo is set to take his place on the grid for the opening Formula One race of the season at the Bahrain Grand Prix this weekend after testing negative for Covid-19.

The Australian star’s preparations for the start of the F1 season were disrupted last week after he tested positive for Covid and was forced to miss the final pre-season test.

Ricciardo’s teammate Lando Norris was left to complete the three days of testing on his own in Bahrain while Ricciardo was in isolation.

But McLaren confirmed in a statement on Wednesday night Ricciardo had since returned negative tests and would be able to return to the Formula One paddock on Thursday in preparation to race this weekend. “McLaren F1 Team confirms that after testing positive for Covid-19 last week, Daniel has now returned a number of negative tests and will therefore return to the paddock on Thursday ready to compete in this weekend’s Bahrain GP,” McLaren said in a statement.

“Daniel has been feeling better each day as he continued to recover while in isolation following local regulations in Bahrain.”

Australian young gun Oscar Piastri had emerged as a candidate to step in for Ricciardo had he not been cleared to race in Bahrain after Alpine, who he is a reserve for, announced it would allow the Melbourne racer to be used as a reserve driver for McLaren this year.

Ricciardo is entering his second season with McLaren, finishing eighth in the standings in his first year with the team in 2021. 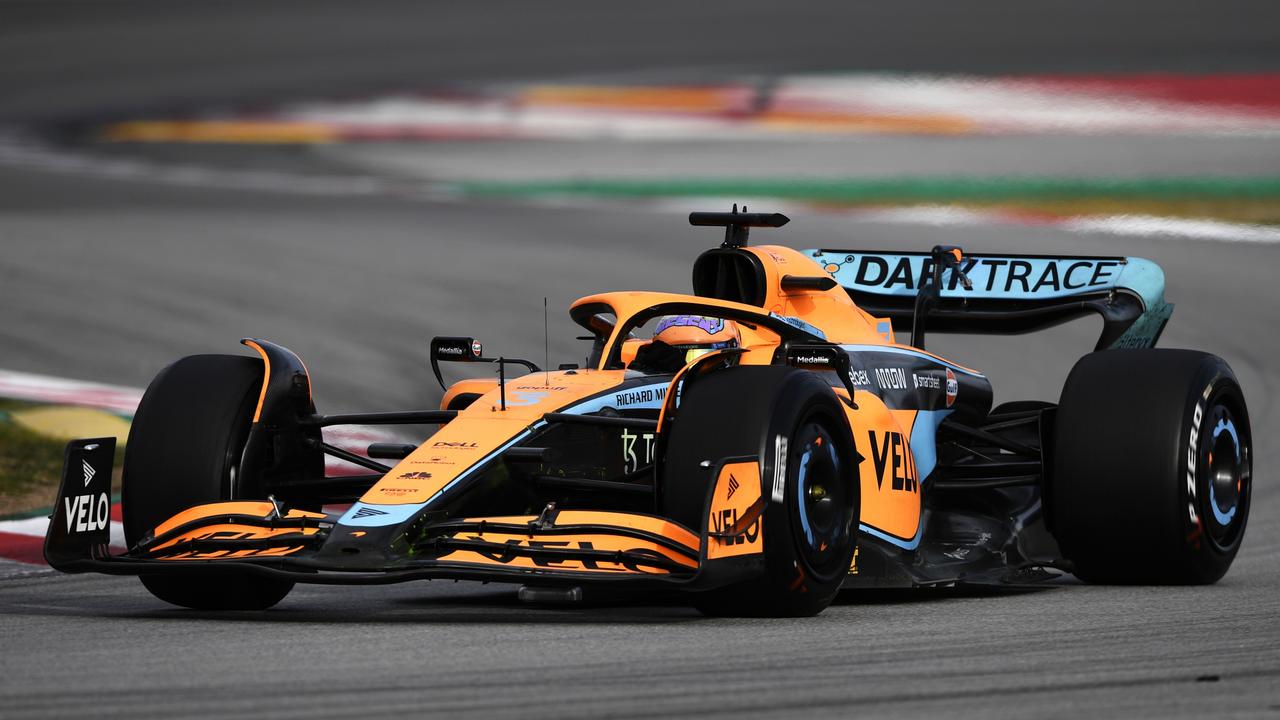 Ricciardo will be on the grid this weekend. Picture: Getty Images

His opening season with McLaren was highlighted by a stunning victory at Monza – his first Formula One win since he was with Red Bull in 2018.

Despite missing the final pre-season test last week, Ricciardo had tried to look on the positive side of his Covid

“Better this week than next,” he wrote on social media last week.

“Unfortunate to miss the test … I’ll stay isolated and just focus on next weekend.

“Big thanks to Lando and McLaren for the heavy lifting. I owe you some beers (milk for Lando).”

Formula One has been accused of double standards by human rights groups for continuing to race in Bahrain, Saudi Arabia and the United Arab Emirates.

The sport cancelled the Russian Grand Prix this year due to the host country’s invasion of Ukraine but F1 is facing criticism for not taking a strong stance on certain other countries in which it chooses to race.

The season begins this weekend in Bahrain, a country criticised for its human rights abuses and oppression of the media. The second race of the season is in Saudi Arabia, while the finale is held in Abu Dhabi.

The sport has also recently signed a ten-year deal to race in Qatar and the track there is a contender to replace Russia on the calendar this year.

On Tuesday, 27 NGOs wrote to Stefano Domenicali, the F1 chief executive, to raise the issue of human rights abuses in Bahrain before this weekend. While they praised F1’s cancellation of its race in Russia, they condemned the sport for creating a “clear double standard” regarding Bahrain, Saudi Arabia and the UAE. “The Saudi-led coalition, which includes Bahrain and the UAE, continues to enjoy the renewal of F1 contracts despite their continued seven-year military campaign against Yemen, which is contributing to the creation of what the United Nations has termed the ‘world’s worst humanitarian disaster’,” the letter read.

It added that there is “one rule applied for victims of war in Europe and another for victims in the Middle East”.

They also criticised F1 for its “failure to engage with civil society and acknowledge rights abuse in Bahrain”.

A spokesman for F1 said: “For decades Formula One has worked hard to be a positive force everywhere it races, including economic, social, and cultural benefits. Sports like Formula One are uniquely positioned to cross borders and cultures to bring countries and communities together to share the passion and excitement of incredible competition and achievement.

“We take our responsibilities on rights very seriously and set high ethical standards for counterparties and those in our supply chain, which are enshrined in contracts, and we pay close attention to their adherence.”

Last year, Lewis Hamilton spoke out against the country underlining his responsibility for raising awareness on a global scale and said it was “deemed one of the worst” in the region for human rights. “As sports go to these places, they are duty bound to raise awareness for these issues,” Hamilton said. “These places need scrutiny. Equal rights is a serious issue. If we are coming to these places, we need to be raising the profile of the situation.”

Earlier this week, the Guardian revealed Hamilton had received letters from political prisoners in Bahrain thanking the 7-time world champion for speaking out about issues they are facing.

In the latest letter, Ali Alhajee, a prisoner in Bahrain wrote: “Your genuine concern about these cases has changed the way prisoners think of this sport.

“To us, you are our champ, not only the best in driving but also a human being who cares about the suffering of others. “To reflect our support to you, a new phenomenon spread in the prison. Inmates began to write or draw ‘Sir 44’ or ‘Lewis 44’ on their clothes, which we would wear in support while watching the race.”

The 2022 season is about more than just the renewed battle between reigning champion Max Verstappen and the man he dethroned.

It will be a heavily-revised version of F1’s high-speed soap opera, featuring new race management, all-new cars designed to create closer racing, and a reshuffled cast that will launch into the unknown at this weekend’s season-opening Bahrain Grand Prix.

Fourteen weeks after the sour, contrived and controversial last-lap drama in Abu Dhabi that ended Hamilton’s four-year reign as champion and ushered Verstappen to a first title crown, the curtain rises on a ‘revolutionary’ new show featuring the most sweeping technical rule changes in 40 years.

The return of ‘ground effect’ aerodynamics for the first time since 1983 with much bigger wheels and fatter tyres, a freeze on power unit development and a tighter budget cap, down to 140 million dollars (127.4 million euros) excluding drivers’ salaries, may throw up arguments and shocks.

But below the surface, away from the gleaming visible alterations and the uncertainties brought by the Covid-19 pandemic, mounting inflation and a European war, following Russia’s invasion of Ukraine, the human drama will remain unchanged — at least for now. 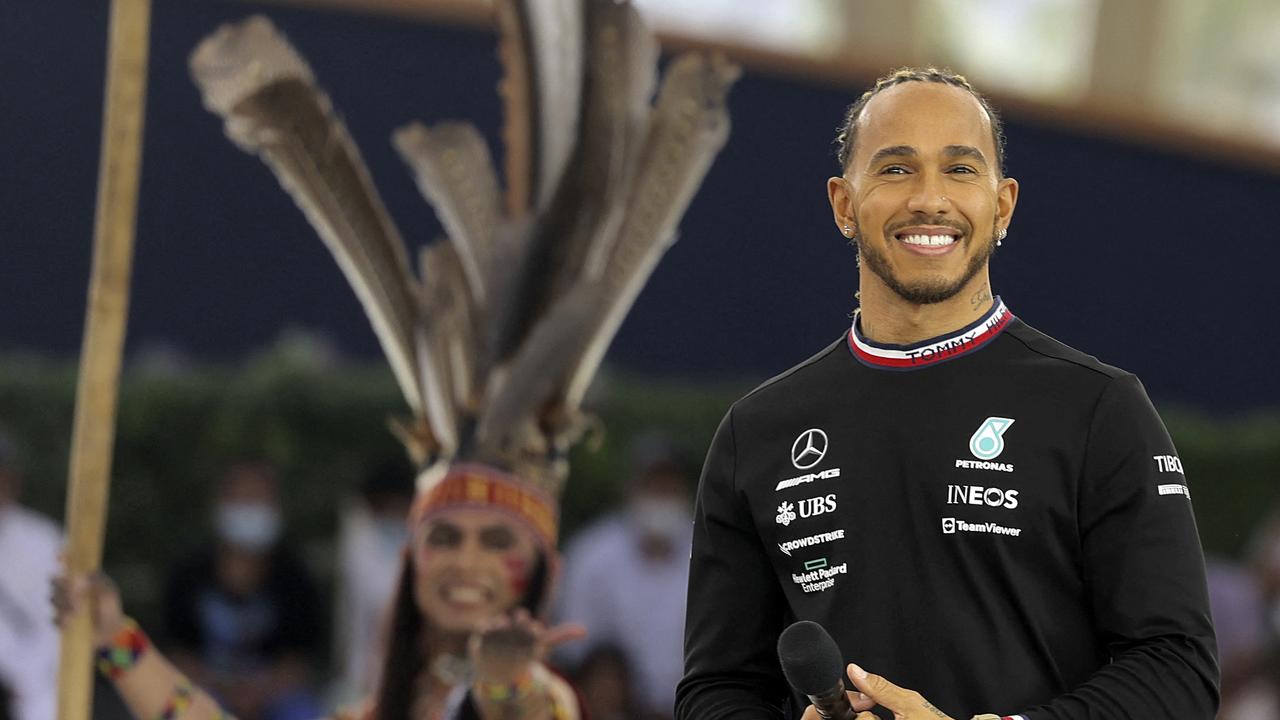 Lewis Hamilton is looking for an 8th world title

Bitterly disillusioned, but now repaired, Hamilton, 37, returns from a hermetic off-season to resume his quest for a record eighth title 750 kilometres up the coast from the Yas Marina Circuit where his hopes of winning last season’s title battle with Vestappen were dashed.

As Hamilton’s Mercedes team and Red Bull swapped heated claims and counterclaims, the architect of F1’s greatest furore, Race Director Michael Masi, was muzzled and later removed from his role by the International Motoring Federation (FIA), which itself underwent an upheaval.

Masi had delivered an improvised interpretation of the rules to avoid the race ending behind a safety car. That handed Verstappen, on new tyres, a clear advantage for the last-lap showdown and not only gifted him the title, but also “tarnished the image of F1”, according to the FIA.

Within days, the FIA had a new president in Dubai-born Mohammed Ben Sulayem, who promised a review that came with a restructuring of race direction under two men, German Niels Wittich and Eduardo Freitas from Portugal, aided by the return from retirement of the vastly experienced Briton Herbie Blash as a permanent advisor.

Hamilton and Mercedes welcomed the changes – without which the Briton might have retired – but as pre-season testing began Verstappen declared that Masi had been “thrown under a bus” by the FIA.

Maintaining his characteristically pugnacious style, the Dutchman last week mocked claims from his rival that he would be to slow to challenge for race wins in his new Mercedes. “It’s always like that isn’t it?” he said.

After spending most of the winter in retreat in Colorado, Hamilton re-emerged burning with “righteous fire”, according to his team. “You can turn these emotions into power and strength and that’s what I am doing,” he explained.

“If you think what you saw at the end of last year was my best, wait till you see this year.” At 37, Hamilton remains young and fit enough to compete again if he is motivated, but unlike Verstappen, he will have a new teammate in fellow-Briton George Russell at Mercedes and, after early testing, a car that is “a handful to drive”.

“There is potential within our car to get us there,” said Hamilton. “We just have to learn to extract it – there are some hurdles to overcome.”

Like Verstappen, Russell is 24 and will provide a youthful and dynamic rivalry to Hamilton that may help lift Mercedes to exploit their potential with the new cars after five years of comparative serenity with Valtteri Bottas.

Russell, who dazzled as substitute for a Covid-struck Hamilton in Bahrain in 2020, has been replaced at Williams by London-born Thai driver Alex Albon.

Danish driver Kevin Magnussen also returns alongside Mick Schumacher at Haas, succeeding Russian Nikita Mazepin, dismissed along with the title sponsorship from his father’s Uralkali business in reaction to Russia’s actions in Ukraine.

In final testing in Bahrain last week, Verstappen topped the times ahead of Schumacher, but warned it meant little. “No one gives full beans at testing,” he said.

Ferrari’s Charles Leclerc was an impressive third, prompting Hamilton to tip the Italian team, and consistent McLaren, as likely challengers.

Russell was fifth and Hamilton 17th, results that meant little ahead of a revised 22-race calendar, trimmed from 23 events following the cancellation of the Russian Grand Prix.

The second instalment of the Max v Lewis thriller will also include three sprint races at Imola, Spielberg and Sao Paulo before concluding, again, in Abu Dhabi where all concerned, except for the American owners of the sport’s commercial rights, will hope to avoid a repeat of last year’s furious finale.