It wasn’t done easy against the Bengals, but the LA Rams wiped away the sting of their Super Bowl loss to the Patriots three years ago to claim the Vince Lombardi trophy. They were built for this, desperate for this and assembled for this, an unprecedented urgency attached to a season that could be judged a success with only one possible outcome: Win it all.

Anything less than everything would mean nothing to the Rams. They mortgaged their future for the present and that present looked bleak Sunday night, when they trailed the Bengals late in the fourth quarter of Super Bowl LVI.

A drive to win or abject failure.

Matthew Stafford hung tough and orchestrated a mammoth 15-play, 79-yard drive. Eli Apple, the former Giants first-round pick, was called for holding when he grabbed Cooper Kupp’s jersey, putting the Rams on the 1-yard line. Liking what they saw, the Rams went that way again, and Stafford had no trouble lofting the ball to Kupp in the end zone, with Apple in coverage and never reacting to the pass.

The touchdown put the Rams ahead with 1:25 remaining. Stafford hung tough on the drive that took 4:48 off the clock. When Aaron Donald hit Joe Burrow with 39 seconds remaining, it was over, and the Rams secured a stirring 23-20 victory on their own SoFi Stadium turf. This was the only acceptable result after the Rams made an almost desperate effort to wipe away the sting of their 13-3 loss to the Patriots three years ago in the lowest-scoring Super Bowl of all time. That defeat made it clear to the Rams they had to move on from Jared Goff and put the wheels in motion for the trade for Stafford.

It was a cruel turn of events for Odell Beckham Jr., the former Giants first-round draft pick and mega-star, until he was traded away. Beckham was vaulting himself into early Super Bowl MVP consideration, with a 17-yard touchdown pass in the first quarter and a 35-yard reception in the second quarter to help set up the Rams’ second touchdown.

With 3:50 remaining in the first half, however, Beckham pulled up over the middle, dropping a pass because he could not keep his footing. He suffered a left knee injury and had to be helped off the field. Beckham tore the anterior cruciate ligament in his left knee midway through the 2020 season and he looked distraught on the sideline as his helmet was taken away from him in his first Super Bowl.

But he will get a ring for being part of a Super Bowl winner.

The Bengals were down 13-10 at halftime but stormed out of the locker room to seize the lead and the momentum. On their first snap of the third quarter, Burrow fired 75 yards to Tee Higgins for a touchdown that made it 17-13. The huge play was not without controversy, as Higgins looked as if he shoved cornerback Jalen Ramsey to the turf at the 35-yard line as Ramsey — one of the best cover men in the NFL — went sprawling and Higgins coasted into the end zone.

On the Rams’ first offensive snap of the second half, Stafford’s pass deflected off the hand of rookie Ben Skowronek and into the hands of cornerback Chidobe Awuzie for the second interception off Stafford. That put the Bengals on the Rams’ 31-yard line, but Donald sacked Burrow twice and the Bengals settled for a 38-yard field goal by rookie Evan McPherson to extend their lead to 20-13.

The Rams cut it to 20-16 on Matt Gay’s field goal after their own attempt at a Philly Special was foiled when Kupp threw the ball far over the reach of Stafford.

The Rams came up with a stirring defensive stop on the Bengals’ first offensive series of the game when A’Shawn Robinson stopped Samaje Perine for no gain on third down and rookie linebacker Ernest Jones reached out with his left arm and batted away a pass intended for Ja’Marr Chase on fourth down.

That failed gamble by Bengals coach Zac Taylor proved to be costly. The Rams took over on their own 49-yard line and used the great field position to their advantage. They got a 20-yard catch-and-run to Kupp, eluding safety Jesse Bates on the sideline, before Stafford had all the time in the world to loft a 17-yard pass to Beckham, who had a half-step on cornerback Mike Hilton and leapt for a two-handed touchdown grab for a 7-0 Rams lead. The OBJ celebration: A Michael Jackson moonwalk.

A 46-yard pass from Burrow to Chase — who beat Ramsey and made a diving one-handed grab — put the Bengals on the Rams’ 11-yard line, but three Burrow misfires brought out McPherson for a 29-yard field goal to make it 7-3.

Beckham, who dyed his hair purple for this game, struck again early in the second quarter when on third-and-11 he found open space, eluding Apple for 35 yards. Next, on a nifty throwback wheel route reverse Stafford hit Darrell Henderson on the left sideline for 25 yards. Two plays later, Stafford found Kupp running free in the end zone for an 11-yard scoring hookup. Holder Johnny Hekker dropped the snap on the extra point, though, to put the Rams’ lead at 13-3.

The Bengals were not going to go quietly. They put together a 12-play, 75-yard drive, completed with some trickery when running back Joe Mixon tossed 6 yards to Higgins for a touchdown to trim the Rams’ lead to 13-10.

Beckham was forced out on the ensuing offensive series, which ended when Stafford was intercepted in the end zone by Bates. 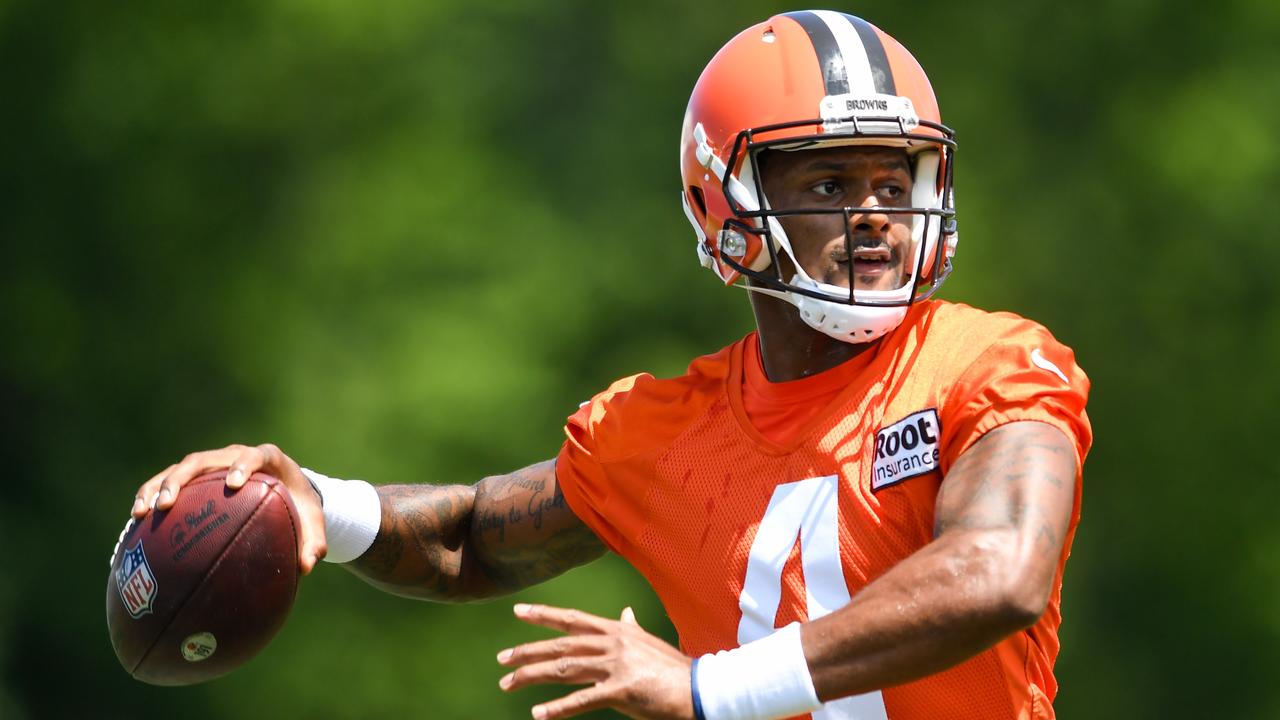 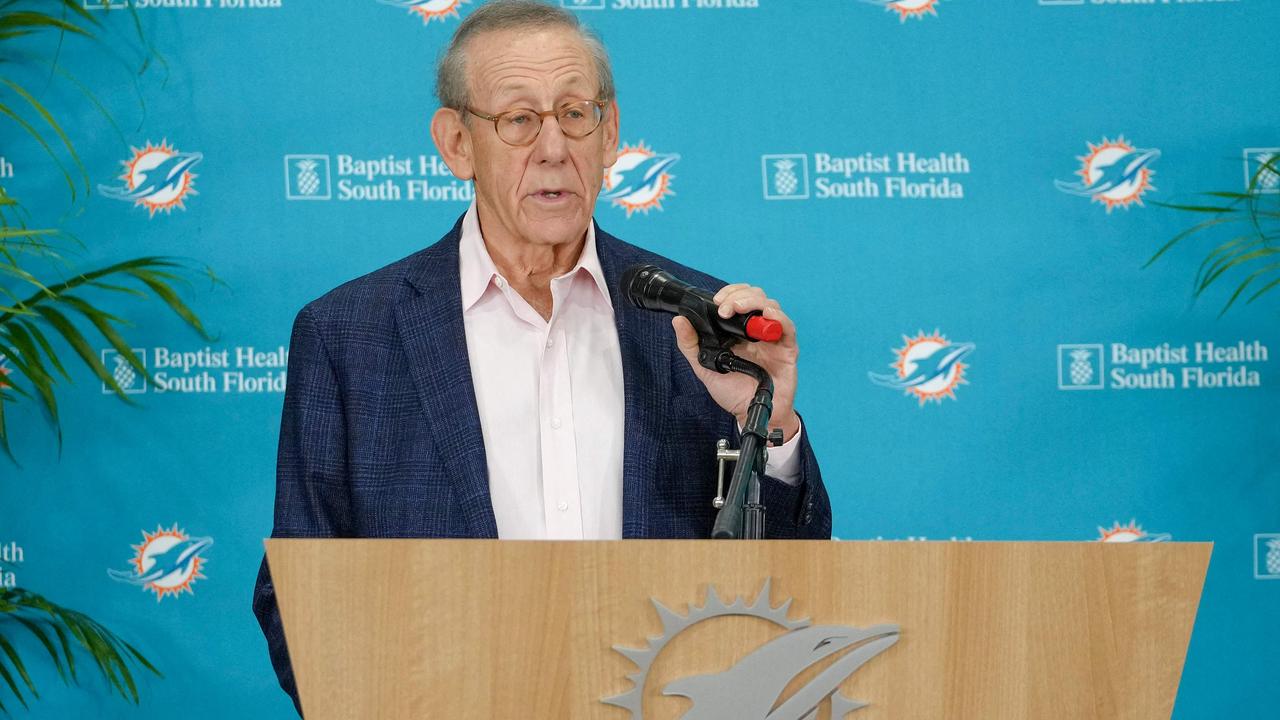