The Bengals have been told all season that they cannot win the Super Bowl. But they aren’t motivated by being underdogs, because they truly do not think they are, writes CHARLOTTE WILDER. 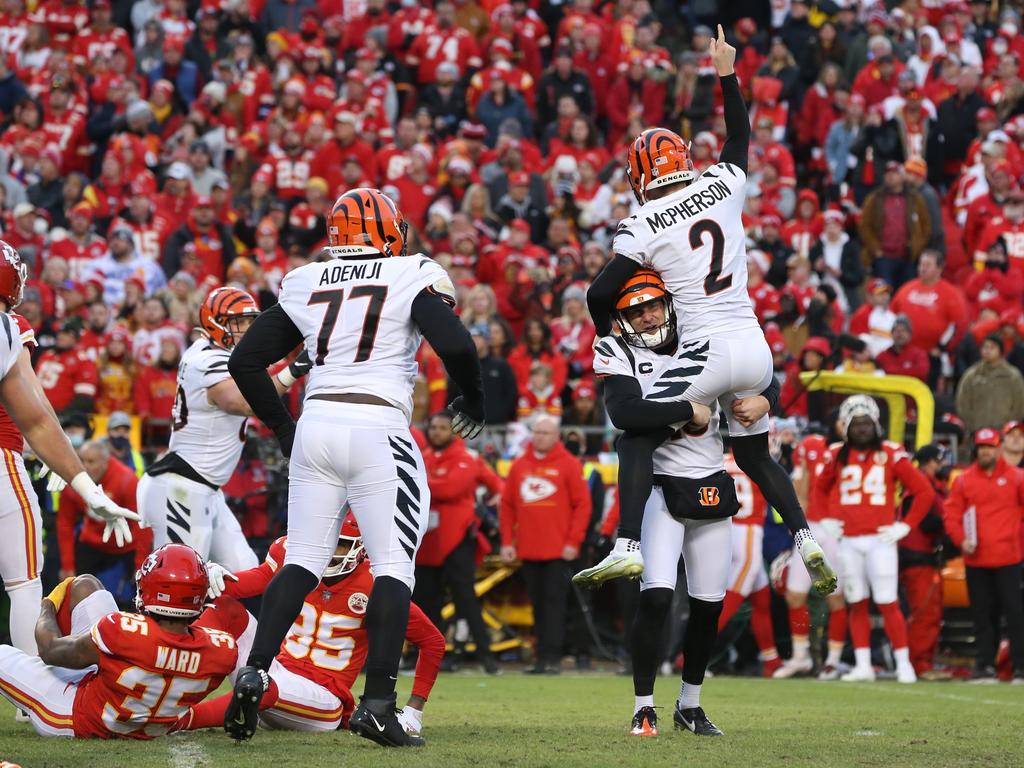 The Bengals keep talking about how much they like each other.

I’m sure many teammates throughout the history of sports have liked each other, and I’m sure many of them spoke about it often. But of all the teams I’ve covered, these Cincinnati players are publicly mentioning their bonds the most.

“Guys come to work every day, and we really like each other,” defensive tackle D.J. Reader said. “Early in the season, people weren’t too hot on us, but we believed in what we had. We knew we were grounded in camp. … Guys really formed a relationship during [OTAs].”

There are two kinds of statements you can make to the media: statements that are true, and statements that are not. People repeat the lies to make them sound more believable. That’s why it’s easy to be sceptical of those who obsessively post highlight reels on social media to prove their happiness. As the old saying goes, “If you have to say it, it isn’t true.” But every rule has an exception, and the Bengals’ banging of the “we like each other” drum does not feel forced.

“[We’re] a sound team, a team that is willing to do anything to get the job done,” receiver Tyler Boyd said. “Like, literally, we don’t care who’s getting the most targets or who’s getting tackles, and [guys are] not caring about their individual stats. Guys are not selfish. That’s what’s driving this team.”

Cincinnati‘s repeated party line is rare in that it feels completely organic coming from each player. Unlike most of those aforementioned social media posts, I actually believe the Bengals when they say they’re a happy family.

A family that isn’t held together because only mom, dad or that one sibling makes more of an effort, but because they all do.

“It’s tough to point to one or two people,” quarterback Joe Burrow told me. “It’s something that we work really hard at, creating relationships in the locker room.

“And there’s not one guy on the team I wouldn’t feel comfortable hanging out off the field with. I would text just about anybody on the team about a function that we were going to. And one, it’s a rare thing, and two, it’s one of the top reasons that we’re in the position that we’re in.” These guys seem to hang out off the field a lot. Wide receiver Trent Taylor told me that rookie Ja’Marr Chase buys the receivers group dinners from steakhouses when they’re on the road, and often takes them to Jeff Ruby’s — a local Cincinnati steakhouse that has menu items named after Bengals players — after home games. Taylor said Chase takes care of them.

Offensive lineman Isaiah Prince said that his position group goes out to dinner, too. They also hit steakhouses (it’s a Cincinnati theme), and players take turns paying based on age, from oldest to youngest.

There are a few things going on here.

First, players are doing exactly what Taylor said — taking care of each other. Chase is on an almost $31 million, four-year contract. He can afford to treat his teammates, so he does. Secondly, the Bengals are acknowledging that team bonding and chemistry don’t exist without effort. When people aren’t actively making sure that everyone feels included — when they don’t actively seek each other out and check on each other — teams cannot succeed.

I’ve long believed environments determine individual behaviour more than individual character does. I’ve seen too many organisations — from places I’ve worked to camps where I was once a counsellor — fall apart because a healthy culture wasn’t established. And yes, I realise that a “healthy culture” is a vague term.

So, what I mean is that every group, no matter what it is trying to accomplish, needs robust communication and trust. If leaders set clear expectations, you know your teammates have your back, and you know why certain decisions are made, you’re more likely to do your part for the good of the collective. It’s such basic stuff, and it’s so often overlooked or hard to put into effect because of outside circumstances. But the 2021-22 Bengals seem to have landed in a sweet spot. From the outside, it appears most players and coaches understand how important a collaborative environment is. They also seem to have the will and the resources to foster one.

Now, this is not to say that the team is perfect. Thanks to Covid, I still can’t go into the locker room, so all I have to go on are Zoom press conferences. I’m sure some players have complaints, and that others are more worried about their own targets than Boyd said.

But what I do have to go on is how this team plays. And I can see the Bengals’ culture in action on the field. Burrow takes hits to make throws. Rookie kicker Evan McPherson is able to hold onto his innate sense of confidence because he’s in a place that reinforces it. The Cincinnati defence was able to come up with huge stops at the end of the first half of the AFC Championship and during the whole second half because players wanted to win for each other.

Safety Vonn Bell said that those defensive stands and ability to regroup came from a desire to win as a team, not just as individuals.

Some of the chemistry is luck. You can tell by the way these players talk about this team that it’s something a lot of them haven’t experienced before. Or because they have, and it was so memorable. Back in December, Trent Taylor said that part of the hunger comes from guys who’ve made it far into a season before. Many current members of the team have played in the College Football Playoffs, and three have won a national championship together (Burrow, Chase, and defensive tackle Tyler Shelvin at LSU in the 2019 season). Taylor also said the vibe in the locker room feels a lot like the young Rams team that went to the Super Bowl in the 2018-2019 season.

“This feels very similar to … how [that] team felt and what the sense of urgency was there,” he said. ”Just because we as Bengals haven‘t been there the last two or three years, I think the sense in the locker room is that stuff is behind us, and this team is ready to get going and keep fighting to give ourselves a chance here.”

The sense of urgency spans age groups, as Prince pointed out with the O-line’s dinner-payment method. And assistant head coach and special teams co-ordinator Darrin Simmons said the veterans have put this season into perspective for the rookies and younger guys. It’s rare to make it to a Super Bowl, and if anyone would know that, it’s someone who has been on the Bengals for a long time.

Cincinnati has some young, electric players. Burrow is 25, and he’s playing with the confidence of Patrick Mahomes and Tom Brady, who both won their first Super Bowls at age 24. Chase is in his rookie season, as is McPherson, and they all exhibit the kind of blind confidence you can only have at that age.

These players have been told all season — by the fans, media, and Vegas odds — that they shouldn’t be here and they cannot win it all. They say they aren’t motivated by being underdogs because they truly do not think they are.

They firmly believe they are no less likely to win Super Bowl LVI than the Rams. The Rams’ are a young team, but their most prominent players are on the older side for athletes. Quarterback Matthew Stafford is 33, yet he had never won a playoff game before this year. Defensive powerhouses Von Miller and Aaron Donald are 32 and 30, respectively. Odell Beckham Jr. is 29. This is a team of guys who want to win for their legacies and might not have as many chances as their young Cincinnati counterparts. That sort of determination is a powerful motivator and team-builder.

But it also comes with a massive amount of existential pressure.

Pressure that the Bengals’ young core doesn’t face quite yet. Assuming they stay healthy, they have many years to prove themselves, and there’s a kind of freedom that comes with an abundance of time. I remember being in my early 20s and not knowing enough to know what I didn’t know, so I blindly charged ahead.

It feels like that’s what a lot of guys on this Cincinnati team are doing. And knowing how powerful an infectious, positive mood is for group environments, it seems like that young, headstrong energy is meeting the veterans’ wisdom to create a winning culture.

A culture that is very safe for Cincinnati and that has proven very dangerous for teams going up against it. 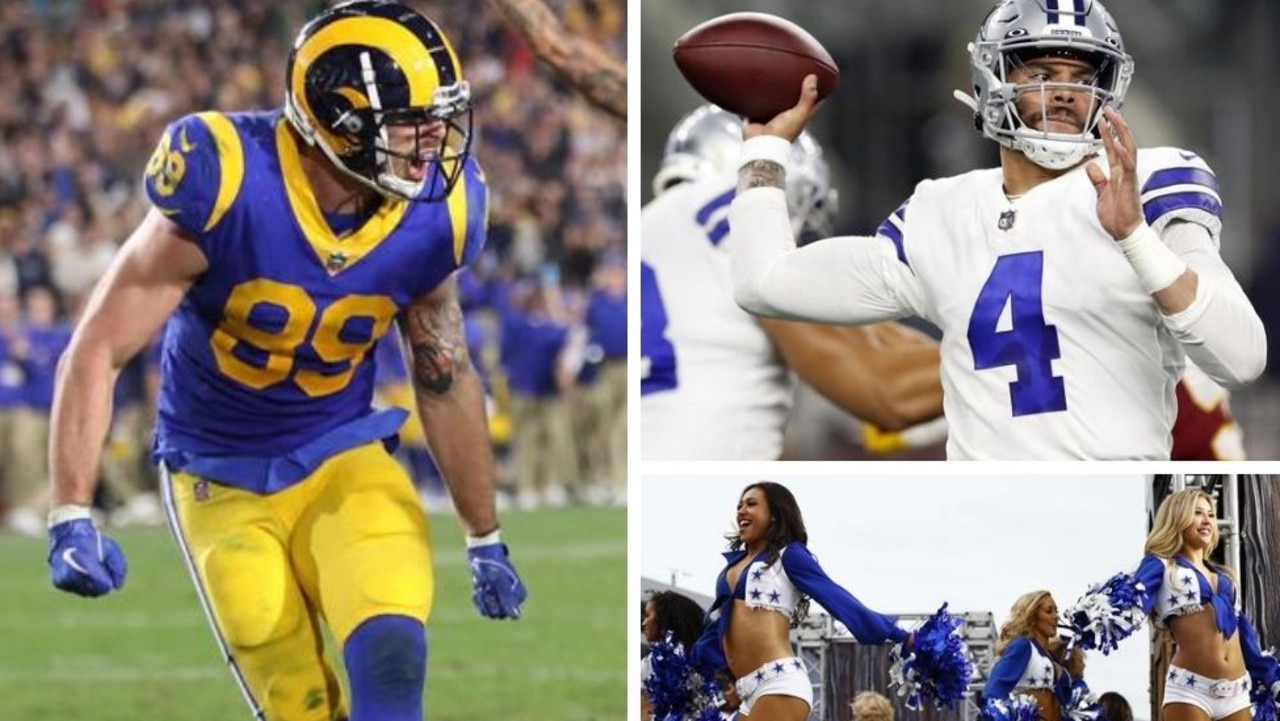