The Rams are hosting the Super Bowl. The fans will be rooting against them.

After suffering through decades of mostly lousy football, Cincinnati Bengals fans are planning to show up at SoFi Stadium in large numbers to see their team play for a championship. 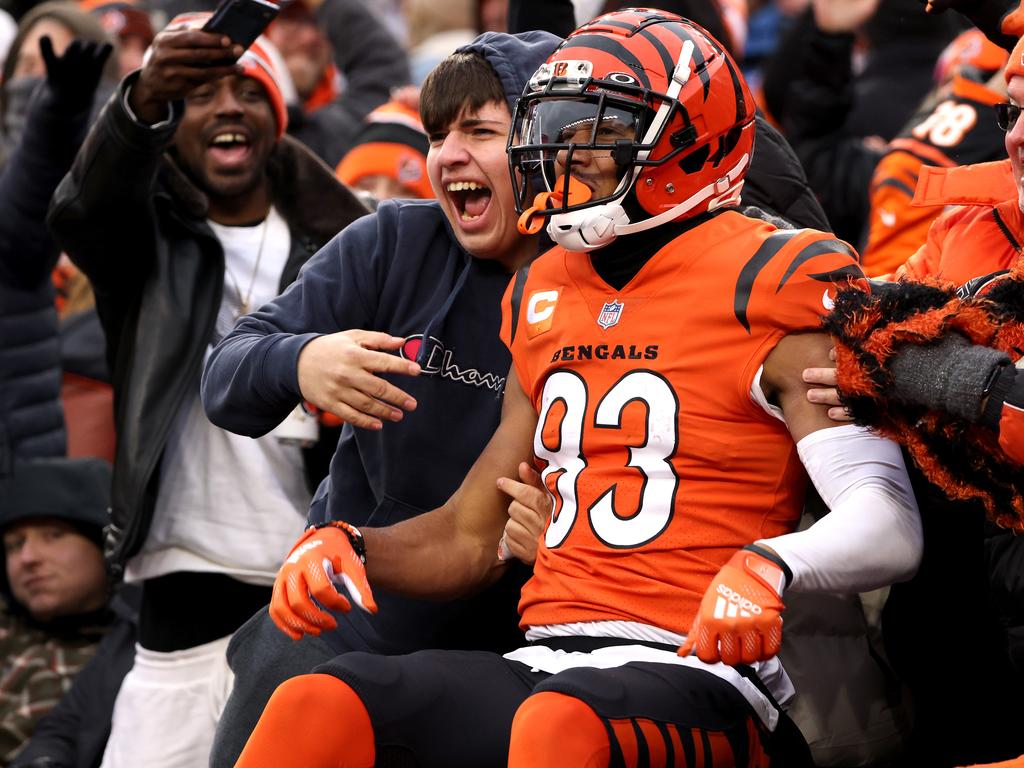 Andy Willinger knew he would find a way to attend the Super Bowl if his beloved Cincinnati Bengals made it there this season for the first time in 33 years. Not even his son’s wedding shower on Saturday in Louisville, Ky., would stop him.

So Willinger, a Bengals season-ticket holder since 1975, did what any reasonable person would do: He purchased two separate flights to Los Angeles on different airlines, just in case something happened with the first one — two weeks before the Bengals even appeared in a single postseason game.

Willinger won’t be the only one at SoFi Stadium wearing orange and black this weekend. Using its “Fan Forecast” algorithm, online ticket marketplace Vivid Seats predicts a majority of the crowd will be rooting for the Bengals instead of the Los Angeles Rams — who will be playing in their home stadium.

Most of them will have travelled more than 2,000 miles from Cincinnati to be there, which is remarkable, considering that fans of the Bengals’ opponent live just a short freeway ride away. It could be good news for the Bengals: Vivid Seats says that the team with the Fan Forecast edge has won the last six Super Bowls.

“There’ll be people who will drive out there that won’t have tickets,” Willinger said. “They’ll just be there to be in that parking lot to experience it, I guarantee it.”

That supporters of the Rams could be outnumbered on Sunday is a sign of the passion of Bengals diehards. They have suffered through decades of mostly lousy football to finally arrive at this moment, and are now four quarters away from the franchise’s first championship with a burgeoning superstar in quarterback Joe Burrow.

The situation is also another data point in the ongoing debate over why the second-largest city in the U.S. hasn’t fully embraced the nation’s most popular sport.

The Rams are the second team in history to participate in a Super Bowl being held in its home stadium and the first without any capacity restrictions. (The NFL limited attendance at Raymond James Stadium in Tampa, Fla., to around 25,000 last February, when Tom Brady and the Tampa Bay Buccaneers beat the Kansas City Chiefs.) On Sunday, more than 70,000 fans are expected to pack into SoFi Stadium, Southern California’s $5 billion football palace that opened in Inglewood in 2020.

It isn’t as if the place was empty this season. The Rams averaged 71,599 fans a game this season, eighth-most in the NFL, according to Stats Perform. The Los Angeles Chargers, who also play their home games there, ranked 10th at 70,240. Fans weren’t allowed to attend games last season because of pandemic restrictions. The Bengals were 29th in attendance, drawing 60,325 fans a game to Paul Brown Stadium, or about 92% of its total capacity. 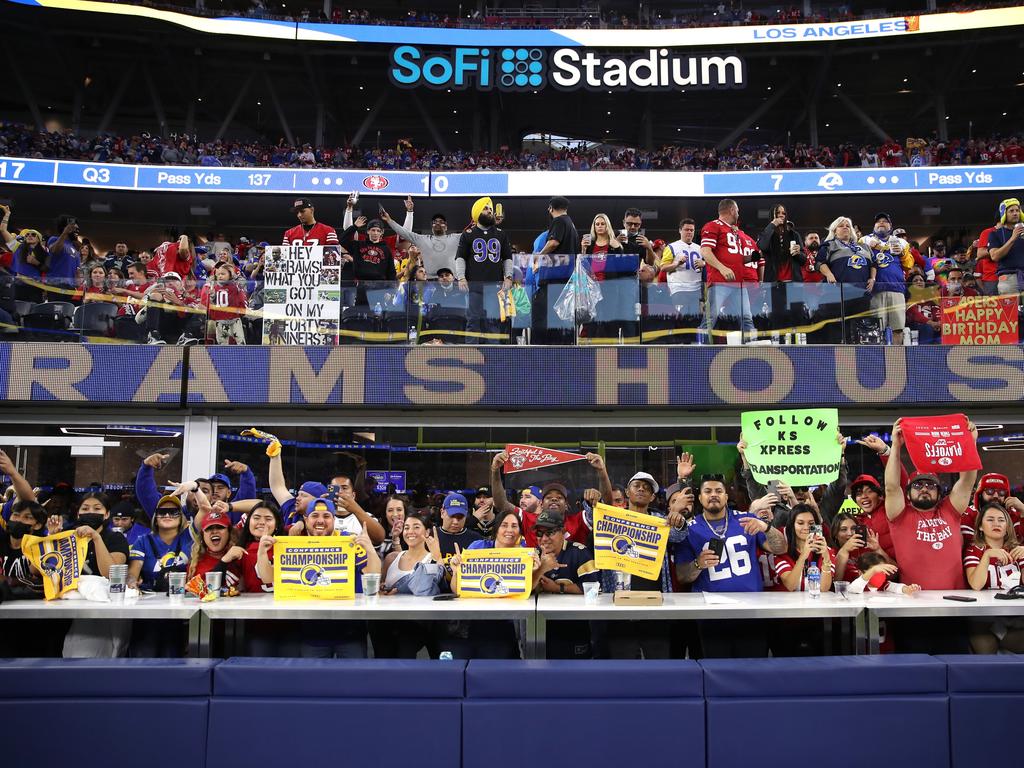 But whether “people in the building” means “dedicated fans” is another story. San Francisco 49ers fans invaded SoFi Stadium during the NFC Championship Game late last month, with a sea of red shirts visible throughout the stands. The Rams briefly limited ticket sales for that game to customers paying with credit cards tied to a Los Angeles-area address, but that didn’t help much.

The discrepancy likely won’t be quite as stark at the Super Bowl. The online ticket reseller StubHub said that buyers in California have driven 85% more sales than buyers from Ohio and Kentucky. StubHub spokesman Mike Silveira said that California buyers “will likely start buying in much higher volume between now and the game.”

Bengals fans, however, will be plentiful — and loud. “I hope we hear the ‘Who deys’ through the place,” said Willinger, referring to Bengals’ fans rally chant. “That’ll be awesome.”

The Rams always recognised that it would take time to rebuild a dedicated fan base in Los Angeles. The franchise played in the area from 1946 through 1994, first at the Los Angeles Memorial Coliseum and then at what was then known as Anaheim Stadium, before relocating to St. Louis. Their departure, along with the Los Angeles Raiders’ move to Oakland that same year, sparked two decades without an NFL team in the city.

That changed in 2016 when the Rams arrived, followed by the Chargers coming from San Diego a year later. Given the unstable nature of the NFL in Los Angeles through the years, the Rams wanted to show that this time, their presence would be permanent. Their way of demonstrating that was building SoFi Stadium, the most expensive sports venue ever built, most of which was paid for by Rams owner Stan Kroenke.

“The fans were outstanding today,” Rams head coach Sean McVay said after his team beat the 49ers. “To be able to play at home in this house that Mr. Kroenke built, this iconic venue, is unique.”

In the aftermath of the Rams’ most recent victory, as it began to dawn on the players that they would be spending the week of the Super Bowl sleeping in their own beds, cornerback Jalen Ramsey had a pressing question: Would they be considered the home team?

“How do they do that?” he asked the assembled reporters at his postgame news conference. “Y’all know? I don’t know.”

The answer wasn’t what Ramsey wanted to hear.

Home-team designation in the Super Bowl alternates every year between the AFC and NFC. This year, it’s the AFC’s turn. So perhaps fittingly, in the eyes of the NFL, the Bengals will be the “home team” in a game played at their opponents’ stadium.

Given the likely makeup of the crowd on Sunday, that sounds about right.

“The fans who have stuck with it for this long, there’s an emotional side of this that’s just intense,” Willinger said. “I don’t see, if you’ve got any resources at all, how you cannot be in Los Angeles.” 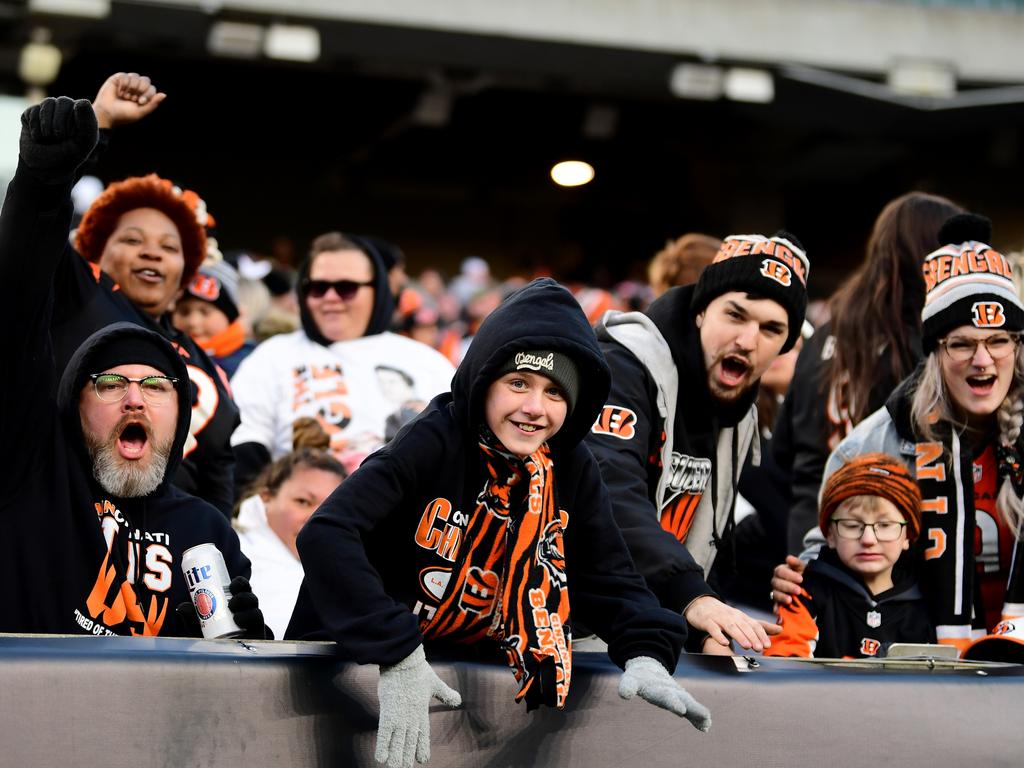