The Brisbane Broncos are a club on the rise with the Red Hill rebuild finally starting to take shape.

Coach Kevin Walters is finding his feet in the NRL and star recruit Adam Reynolds has helped the Broncos into the top eight heading into this weekend’s Magic Round clash against Manly at Suncorp Stadium.

But it is the next generation of Broncos talent that has the club confident of sustained success in Brisbane.

Under the lead of recruitment chief Simon Scanlan, the Broncos have some of the hottest youngsters in the game coming through their ranks.

Here are the five best Broncos prospects that you are yet to see in the NRL. Broncos Generation Next: the stars you need to look out for.

Brisbane’s version of Greg Inglis, the Broncos spotted Mariner as a 14-year-old in Auckland and immediately invited him to the club for a training camp. He signed his first contract with the Broncos at 15 and travelled between Auckland and Brisbane regularly for training sessions. Mariner’s family then made the decision to migrate to Australia so he could finish school at Palm Beach Currumbin on the Gold Coast. Mariner, 19, was one of only two Broncos-contract players to make last year’s Australian Schoolboys side.

A powerful outside back, Mariner has all the attributes to be an NRL and representative star. He scored three tries in Brisbane’s pre-season trial win against Wynnum-Manly and then bagged four tries in round 1 of the Hostplus Cup playing for Wynnum-Manly. Mariner unfortunately suffered an ankle injury recently which required surgery. He is due back on the field in about a month’s time and will be one to watch later this year and in 2023.

A hooker with smarts like Queensland legend Cameron Smith, Mozer has been part of the Broncos’ development system since he was 13. He signed his first contract with the Broncos at 15 and is well on the way to playing NRL in the not-too-distant future. Mozer graduated from Keebra Park last year after making the Australian Schoolboys team alongside Mariner, but his first Broncos pre-season was hampered by surgery.

He starred for Souths Logan in its undefeated Mal Meninga Cup season and was named man-of-the-match in the Magpies’ grand final win a fortnight ago. The Broncos are in desperate need of a quality hooker and Mozer is tipped to be their long-time No. 9. Strangely tall for a dummy-half, Mozer is currently on a ‘bulk up’ training program for the next month before he makes his Hostplus Cup debut. If he doesn’t play NRL this year, he will almost certainly debut in 2023 and already has State of Origin written all over him.

Considered the “next cab off the rank” at Red Hill, Mam is edging closer and closer to an NRL debut. A skilful five-eighth, Mam was crowned the Intrust Super Cup’s rookie-of-the-year in 2021 after scoring 13 tries in 11 games for Souths Logan. At 19, Mam has a big future ahead of him and Broncos coach Kevin Walters is treading carefully with his development, refusing to rush him into the NRL.

He joined the Broncos’ development system at 12 and signed his first contract with the club at 15. Mam grew up idolising the likes of Karmichael Hunt, Johnathan Thurston and Matt Bowen and believes he has shaped his game around the way they played. It’s been a while since the Broncos brought through an NRL quality playmaker but Mam could be the man.

Standing at more than 200cm, “Two Metre Te-Kura” is a towering prop who is shaping up to be a long-term forwards prospect for the Broncos. A product of league nursery Wavell State High, Te-Kura made the Queensland Schoolboys team last year and featured for the Broncos in their pre-season trial against Wynnum-Manly.

Signed from Redcliffe Dolphins, Te-Kura played in the Mal Meninga Cup for Norths Devils this season and is currently training in the gym before he moves up to the Hostplus Cup later this year as an 18-year-old. Being a middle forward, he could take a little longer to develop but keep an eye on Te-Kura.

Oloapu is still at high school, completing Year 12 at Wavell before he moves into Brisbane’s development list next year. A talented five-eighth or lock, Oloapu has a sizzling YouTube highlights reel and will be itching to get into Brisbane’s full-time training system next year. He could still be a year or two away from playing in the NRL.

THE BEST OF THE REST

The Broncos have some great prospects who have either had a taste of the NRL or are not far off the top grade.

The forgotten man at Red Hill, Piakura is one of Brisbane’s brightest back row prospects but has been plagued by injuries. He made his NRL debut last season but only managed 11 minutes after being sin-binned. Piakura suffered a hamstring injury this year which sidelined him for six weeks and then copped a head knock in his Hostplus Cup return. He will be back in the NRL once he gets some time on the paddock under his belt. 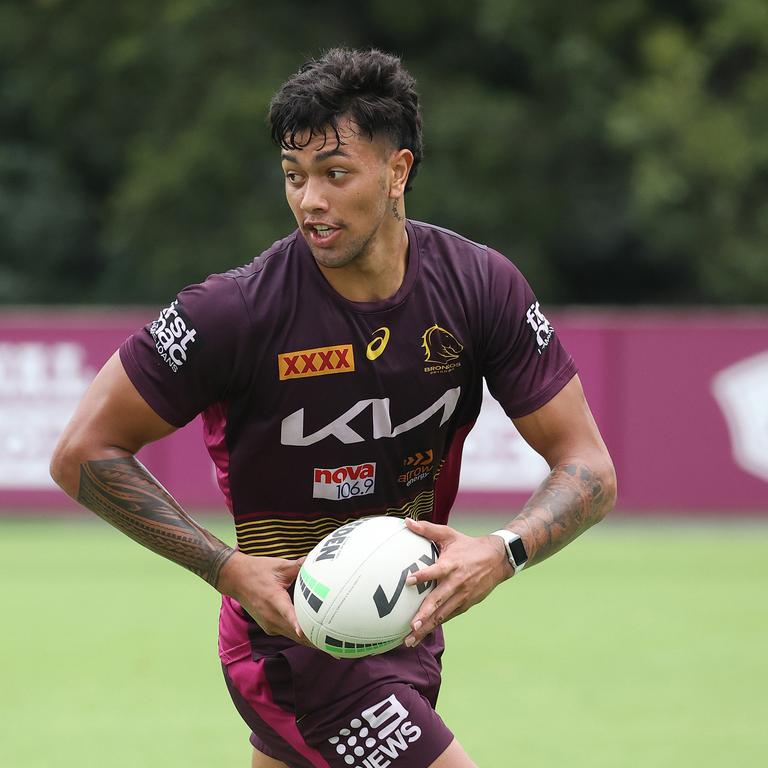 Spotted in New Zealand as a 15-year-old at a tournament in Rotorua, Willison had played little rugby league before being signed by the Broncos. The barnstorming prop moved from New Zealand to the Gold Coast on his own to attend Palm Beach Currumbin before his mother joined him. He made his NRL debut last year and managed three games before suffering an ACL knee injury which required a reconstruction. Willison should make his NRL return in the back end of the season and has a bright future.

A Nanango product who was in the Cowboys’ system before returning to Brisbane on a train-and-trial contract. The prop is in the mix to play NRL.

A Wavell High School product who was contracted to the Sydney Roosters, Quai-Ward returned to Brisbane this year on a train-and-trial contract. Could fill some gaps for the Broncos later in the season.