Under-fire halfback Kyle Flanagan has received support from a Bulldogs premiership-winning playmaker to be given first crack at the No.7 jumper in Trent Barrett’s new-look team.

Kyle Flanagan must wear the No.7 jumper for Canterbury in round one. That is the frank assessment of Bulldogs premiership-winning playmaker and Fox League’s Braith Anasta.

Anasta believes coach Trent Barrett must back Flanagan to give the 23-year-old the best shot at saving not only his career at Belmore, but potentially his NRL future, too.

“He [Flanagan] needs to step it up. I’d be giving him first shot,” Anasta said. “I hate to say it, because I think he’s a good kid but I think he’d know it could be his last real crack at [Canterbury].”

Flanagan is signed at Belmore until the end of 2023 and played 13 games last year after struggling to hold down a spot in Barrett’s side.

The young halfback has also had to deal with constant speculation about his future at the Bulldogs after being unwanted at the Sydney Roosters. 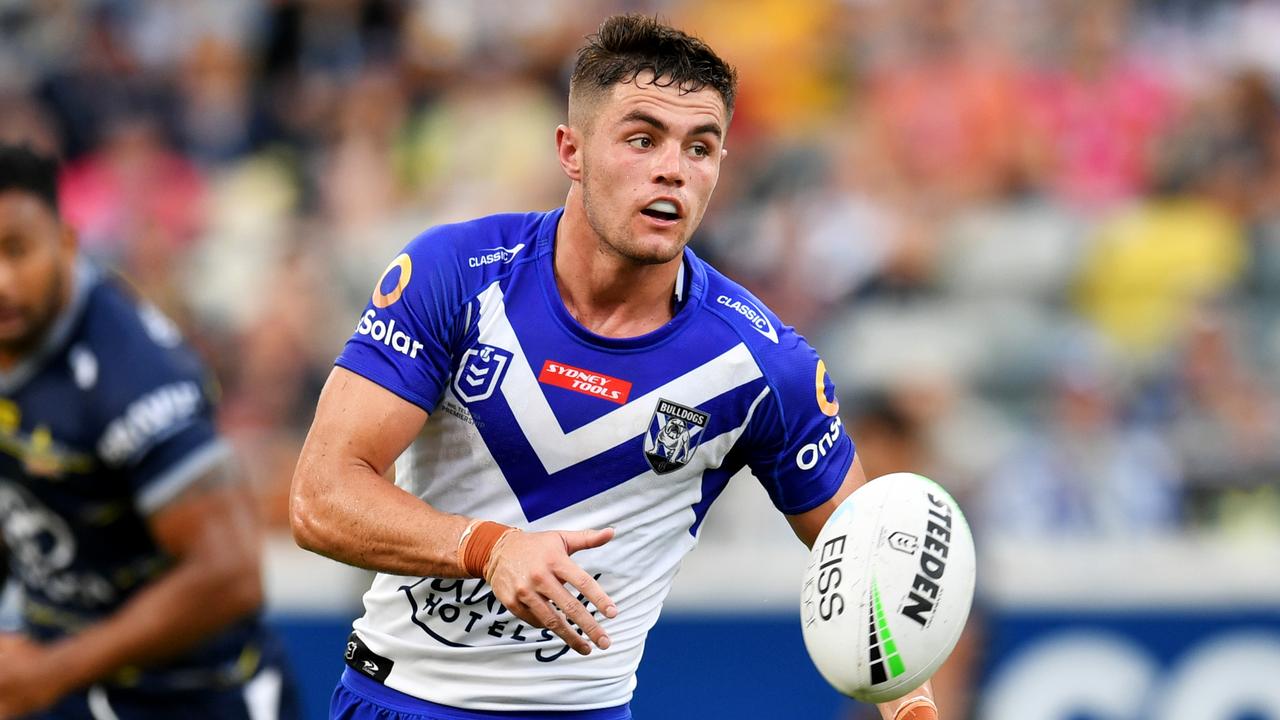 “He’s got the ability, he needs to make it count.”

Barrett is expected to go with a halves combination of Matt Burton and local junior Jake Averillo. But Anasata believes the rising halves are too similar to be the answer to Canterbury’s attacking woes over the past five seasons. Canterbury has finished with the least (2021, 2019, 2017) and second-least tries (2020, 2018) in the competition.

“I think Averillo is a great young player, skilful but I think he is too similar to Burton,” Anasta said. “I think the Bulldogs might be trying to put in whoever the best player is in there, so they’ll go with Averillo but I wouldn’t necessarily do that.

“He’s a runner, so is Burton. They are too similar. They need control, someone with a steady head, and a good kicking game and take some pressure off Burton, that leaves Flanno. It’s a good balance if they get it right.”

Fox League’s newest player ambassador, Josh Addo-Carr, said while Averillo and Burton are the mostly likely combination, Flanagan could get the job done if called on.

“Obviously I don’t know what his work ethic was like before I was there but I can say that his attitude has been great and he works really hard,” Addo-Carr said.

“He’s been competing really well at training and that’s what we need from him. I’m sure he’ll get a go during the year. Braith Anasta believes Kyle Flanagan should get first crack at the Bulldogs’ No.7 jumper in Round 1. Picture: Phil Hillyard

“Jake is a really skilful player and has been building that combination with everyone in the team, especially Burton.”

But it’s another of Barrett’s halves stocks, Bailey Biondi-Odo, that has captured Addo-Carr’s attention in the pre-season.

Biondi-Odo played nine games in his rookie season and Addo-Carr is expecting the young halfback to make a play for the utility role off the bench.

“I’ve been really impressed with Bailey,” Addo-Carr said. “He’s a T.I. [Torres Strait Islander] and Indigenous fella from up near Cairns. The way he trains, I’ve been blown away … he makes the players around him better.

“He suits that bench role at 14, one hundred per cent. He’s a natural halfback but he’s been training at half and hooker at the moment.

“He is one of the standout players since I have been at the club.”

The duel to partner Burton begins on Monday when Canterbury take on Newcastle in the first trial. Flanagan, Averillo, Biondi-Odo and Brandon Wakeham have all been named to play. 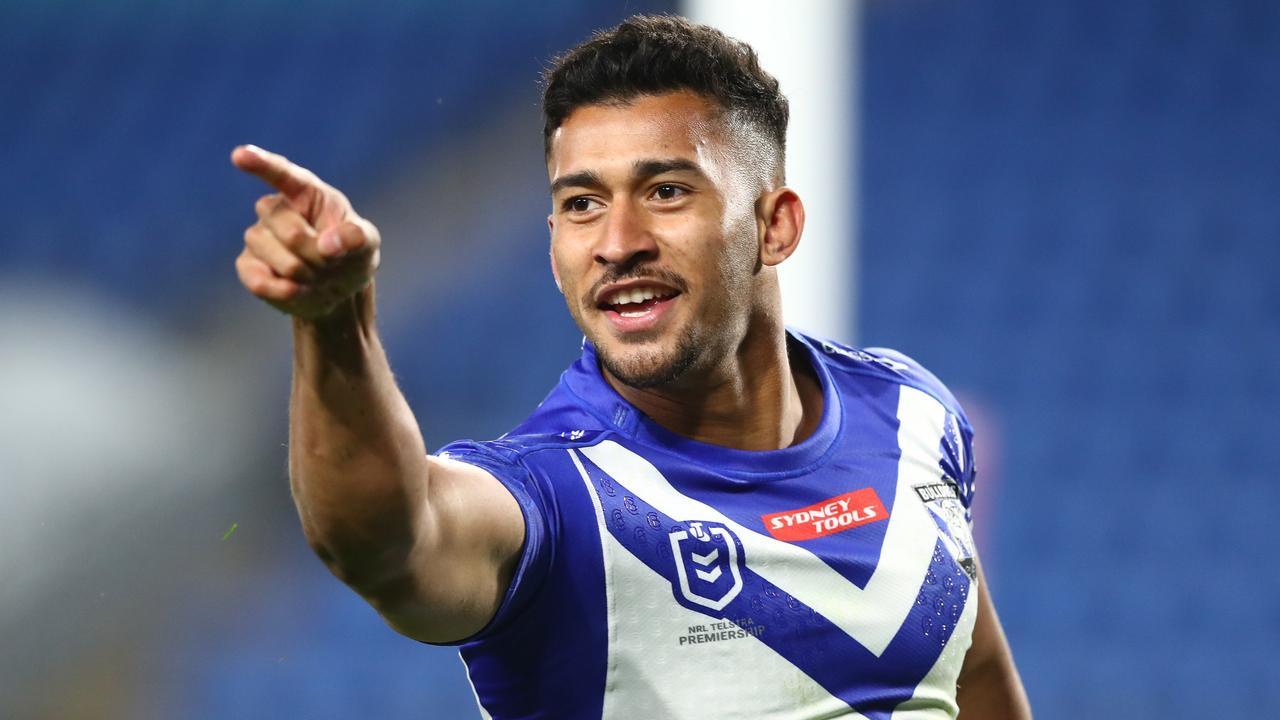 Aaron Schoupp watched Matt Burton light up the grand final but the Canterbury youngster didn’t realise what a ‘freak’ the playmaker is until he trained with his new Bulldogs teammate.

Playing out of position at centre, Burton was close to best on ground in Penrith’s title victory against South Sydney last season.

“He killed it at centre, but he’s going to be our five-eighth for sure,” Schoupp told The Daily Telegraph.

“He’s an absolute freak with some of the things he has been doing at training … the things he can do has blown us all away. His skill level with the ball is crazy and he’s also so strong. He’s going to be really good for us this year.” While Burton has the No. 6 jumper well and truly sown up, former Schoolboys star Schoupp, who played 13 games in his debut season last year, will be using Canterbury’s trial matches against Newcastle and then Cronulla to cement a starting spot at right centre.

“I had off season surgery on my shoulder, the rotator cuff needed a full repair. It was my first major surgery,” Schoupp revealed.

“But I’m back now and I’m back into full contact and I should be right to play in the trials.

“I’m looking towards [the trials] so I can lock down that right centre spot.”

But Averillo is expected to partner Burton in the halves, while teen prodigy Alamoti will be eased into first grade.

Having been part of last year’s wooden spoon outfit, Schoupp is relishing the opportunity to play in a backline now filled with premiership talent and experience.

“Brent has got a bit of class about himself, he’s silky with the ball in his hands,” Schoupp said.

“Obviously Penrith they won the comp last year, so coming from that system, he’s been trying to help a few of us younger boys with what he learned there … his enthusiasm has been rubbing off on everyone.

“But so has Foxx’s. The way he tips everyone up, especially for me as well, playing in the outside backs … he came from Melbourne where they have been top of the table for ages and won two comps. Aaron Schoupp is gunning for a starting spot. Photo: Bulldogs

“I think because of that he brings a lot of confidence to the young boys.”

Schoupp’s recent re-signing makes him only one of three players, alongside Josh Addo Carr and Tevita Pangai Jnr, locked in until the end of season 2024.

Burton has a player option in his favour for 2024.

The 20-year old told The Daily Telegraph he stayed at Canterbury to be part of the club’s rebuild on the field.

“Day one of pre-season, you walked in it was like walking into a whole new team,” Schoupp revealed.

“But it’s been so good. It has been refreshing for the boys, everyone has a bit of a buzz at the moment when we walk into training because everyone has bought into what we are trying to build.

Johns: Joey has the tools to handle top jobWhat’s the Buzz: Fight left in this Bulldog

“We have that mentality that there is going to be some good things coming out of Belmore soon.” Josh Jackson has seen coaches come and go at Canterbury, which is why he’s so excited the club has given Cameron Ciraldo the keys to the kennel. Why ‘father figure’ Ciraldo is the leader Dogs need 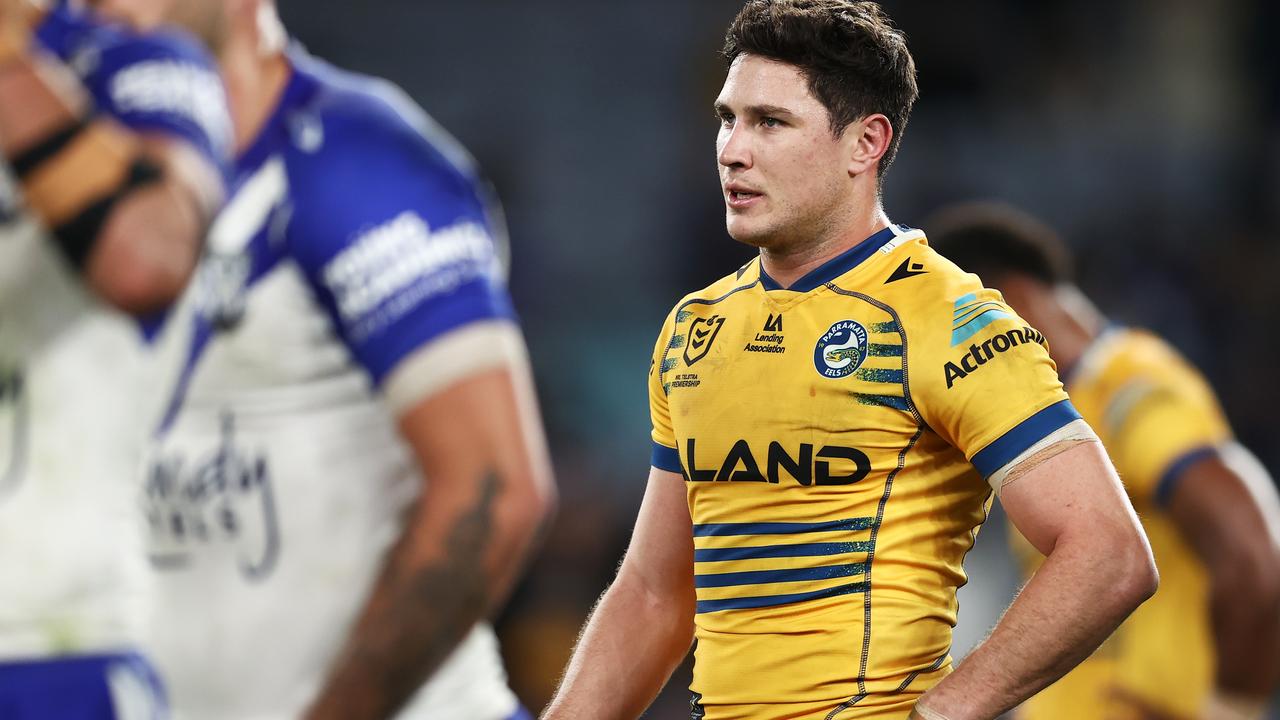 NRL preview and how to watch: Eels v Bulldogs

All you need to know in the lead up to Kayo’s live and exclusive round 23 match between Parramatta and Canterbury this Saturday (20 August) including news, past history plus when and how to watch. Canterbury players want everyone to know that Corey Waddell isn’t a dirty player after he was hit hard by the NRL judiciary. The Dragons will be without one of their most powerful ball-runners for the run to the finals, while the Sharks have suffered a big blow to their backline. 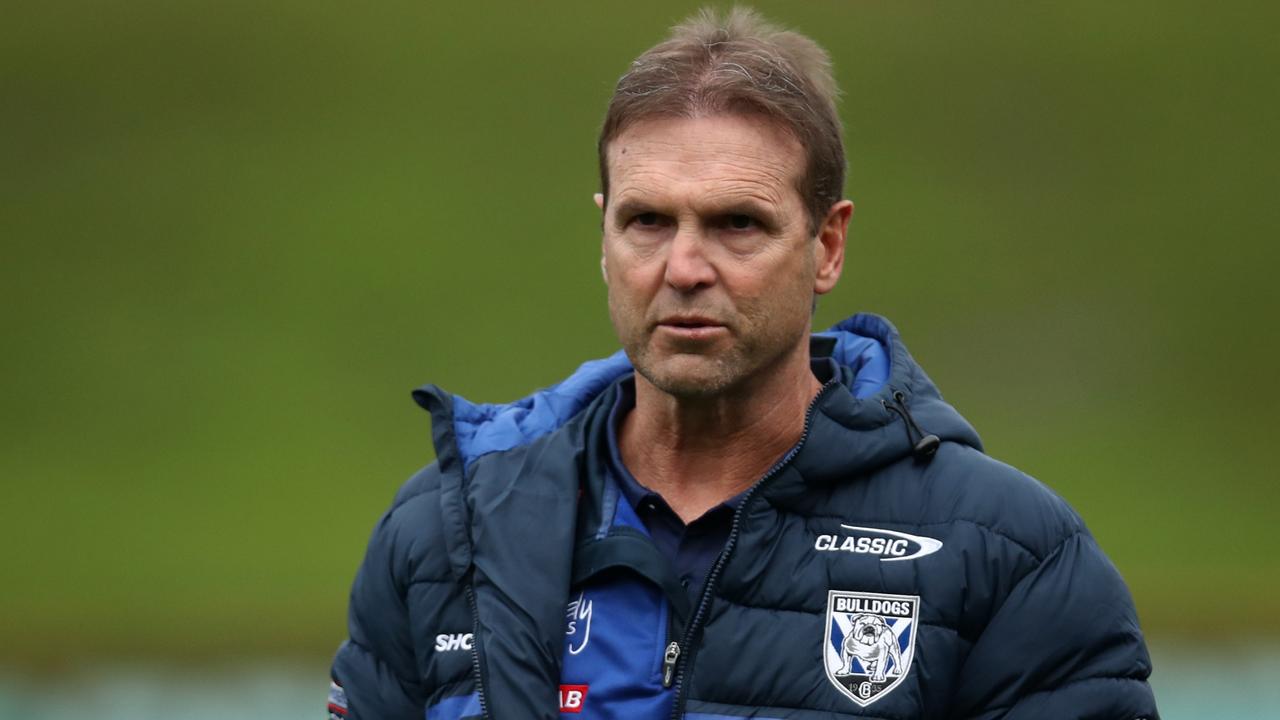 Potter’s warning for rest of NRL

Socialising could be on the way out as worried coaches start to plan for another Covid-19 wave over winter which could wipe out players and staff.