Bulldogs’ star recruit Matt Burton has opened up on his Panthers exit and his desire to run his own team and help turn the club’s fortunes around.

A focused Matt Burton says he’s ready for the intense spotlight of steering the Bulldogs, claiming a desire to run his own team is why he left Penrith.

Ahead of one the most anticipated performances by a Bulldogs team in years, Burton will make his club debut tonight for a new-look Canterbury side aiming to restore the faith of fed-up fans who have experienced just six wins from the past two seasons. Matt Burton will be the focal point for the Bulldogs attack in 2022, after winning a Grand Final with the Panthers. Picture: Mark Metcalfe/Getty Images

After three NRL seasons at Penrith, that ended with a 2021 premiership ring at centre, Burton is the focal point for the Bulldogs attack at five-eighth.

The boy from Dubbo knows, with pressure on both his club and coach to advance out of the cellar of the NRL table, the spotlight will be on him like never before.

“I know that 100 per cent,” the softly spoke Burton said. “There’s always going to be that pressure, playing in the halves, but I’ve just got to focus on my game and keep getting better.

“I wanted to make this move. To help run a team.

“When I made the call to sign with the club, I was in doubt of playing first grade in the halves, sitting behind Jarome (Luai) and Nathan (Cleary) at Penrith.

“I didn’t really see centre as a spot for me. It was a good experience, but I see myself as a half and that’s why I took up the opportunity here.’’

Burton will play alongside halfback Jake Averillo, who himself, has been the subject of conjecture as to his ability to wear the No.7, having accrued more games at wing, centre and five-eighth across his 34-game career.

NRL 360 host Braith Anasta, a former Bulldogs playmaker, has stated his belief that Kyle Flanagan, with his organisational skills and kicking game, would be a better fit alongside Burton.

Averillo said he had learned to block out the commentary and focus on delivering against the Cowboys. “I don’t really look into that,’’ Averillo said.

“Individually, I’ve looked at a few things in the trials, I’ve tweaked a few things in my game already this week, which I’m looking to put into place on Sunday against the Cowboys.

“I’ll let my actions do the talking and that’s what I’m going to do on Sunday.

“Burton is a great player. I’m just trying to give him the ball in the right positions, for him to use his strengths, which is his running game.’’

While the result is crucial, it is the way the Bulldogs play which will decide Trent Barrett’s fate. Canterbury are a club built on the back of hard work and effort. If that effort, given the amount of pressure the club and coach have been under, isn‘t evident against the Cowboys, then there are clear issues. The Dogs’ scrambling defence, kick-pressure and supporting their teammates are all indicators for fans to determine if the Dogs are a team on the same page. With a much better roster, can Trent Barrett deliver for the Bulldogs? Picture: News Corp Australia

Josh Addo-Carr needs to get the ball early and with time to move. But it’s more than that. The game’s best winger averaged 119 metres last year with 14.5 possessions per game. Addo-Carr will need to produce better numbers to help lift the Bulldogs off the bottom of the ladder. The pressure is on the left-side attack of Matt Burton and Brent Naden to get ‘The Fox’ the ball.

In the trials, all we saw from the Dogs was structured footy. But does that suit the brilliance of Matt Burton and Matt Dufty, who play their best football when they are unshackled and given a licence to play off the cuff? While Jake Averillo‘s combination with Burton is key, Dogs fans will be hoping Dufty is free to roam.

Ill-discipline indicates a lack of respect for the game plan and your teammates. Two players the Dogs are fortunate to have for their physicality are Tevita Pangai Jr Junior and Jack Hetherington. But their damage with the footy means nothing if they don‘t kerb their emotions and cut-out the penalties. 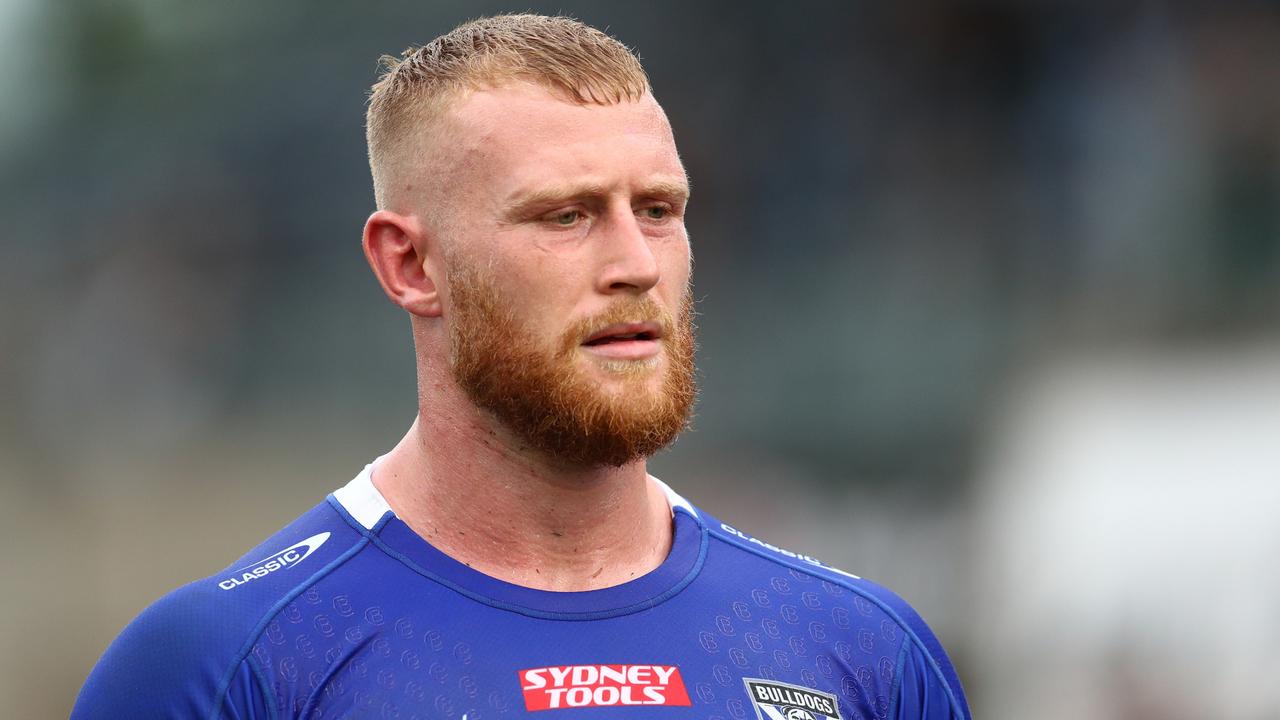 Luke Thompson is in danger of being squeezed out of the Bulldogs. Picture: Mark Metcalfe/Getty Images

Contract-wise, Paul Vaughan is on a mission to reinvent himself and his career. He signed a one-year deal and is already likely to be squeezed out of the Bulldogs given their impending arrival of Ryan Sutton next year. Front-row teammate Luke Thompson has also been linked with a move out of the club. The pair can change all that by proving their worth by taking it to the Cowboys huge pack led by Jason Taumalolo and Coen Hess.

WHO THE PRESSURE IS REALLY ON

It all comes down to Canterbury Bulldogs coach Trent Barrett.

After finishing 15th and 16th in his last two years of NRL coaching, the pressure is on Mr 20 percent.

His predecessor Dean Pay would have killed for a roster like Canterbury has this year. You look at the experience and toughness in his forward pack against the Cowboys – Josh Jackson, Tevita Pangai Junior, Paul Vaughan, Jack Hetherington and Luke Thompson.

Then Burton, Addo-Carr, Brent Naden and Matt Dufty out the back.

There were excuses last year but Barrett now has the talent in his roster to lift the Bulldogs off the bottom of the ladder.

That he finished 15th in his last season at Manly with a team that included Jake and Tom Trbojevic, Daly Cherry Evans, Marty Taupau and Addin Fonua-Blake then finished with the wooden spoon last season leaves him under enormous pressure.

634 reasons why the Eels can break the drought

Especially knowing Gould’s long history of firing head coaches (Ivan Cleary and Anthony Griffin) while he was at the Panthers.

Barrett has eight weeks to prove he is the right man for the job otherwise this club has to go in another direction. 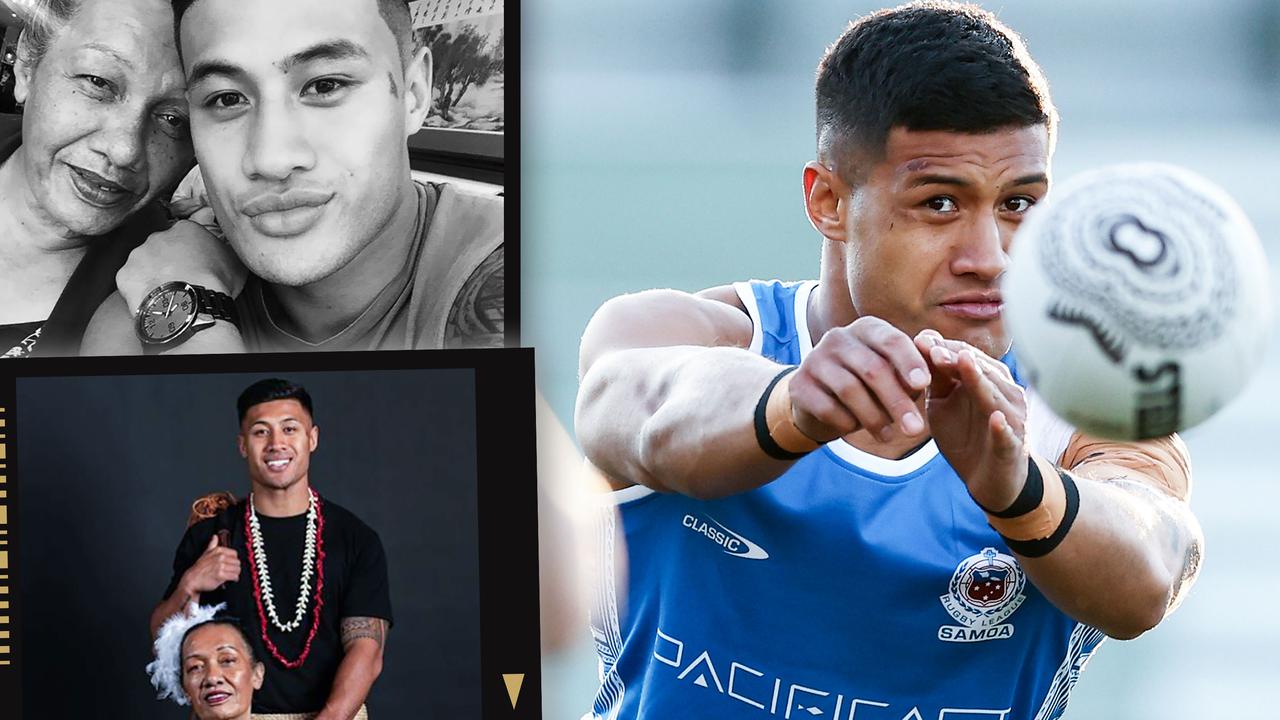 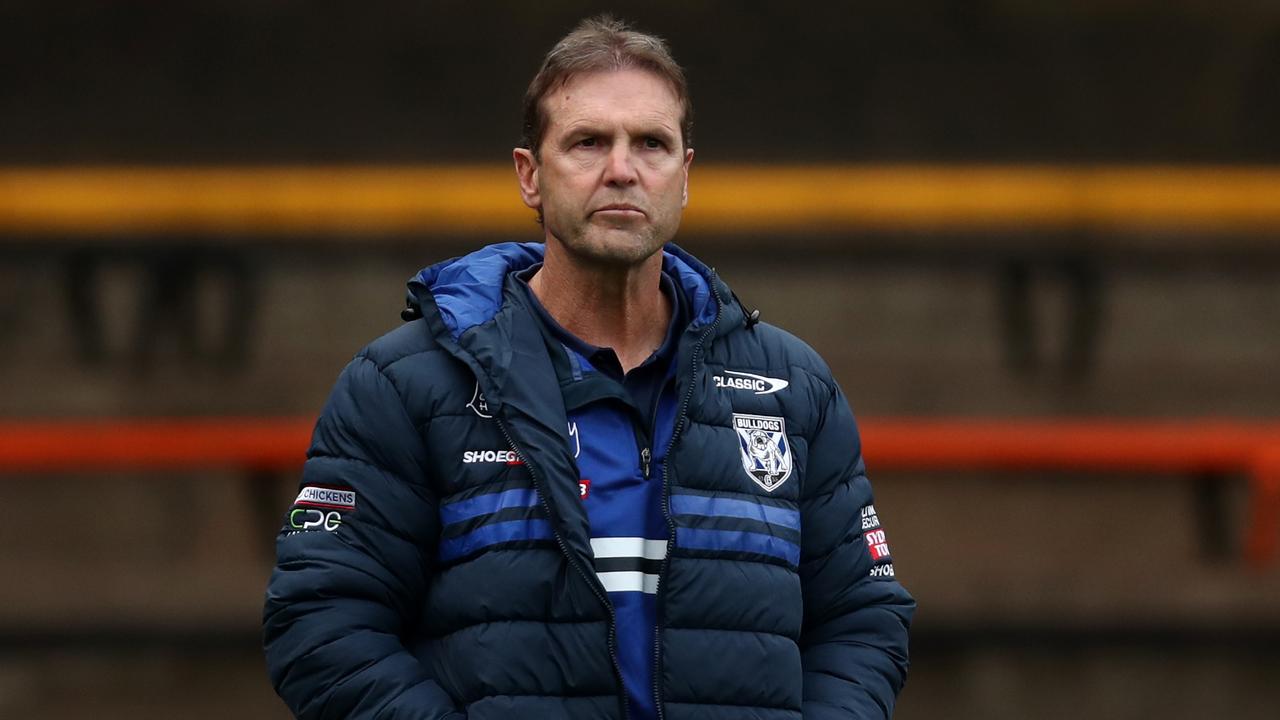 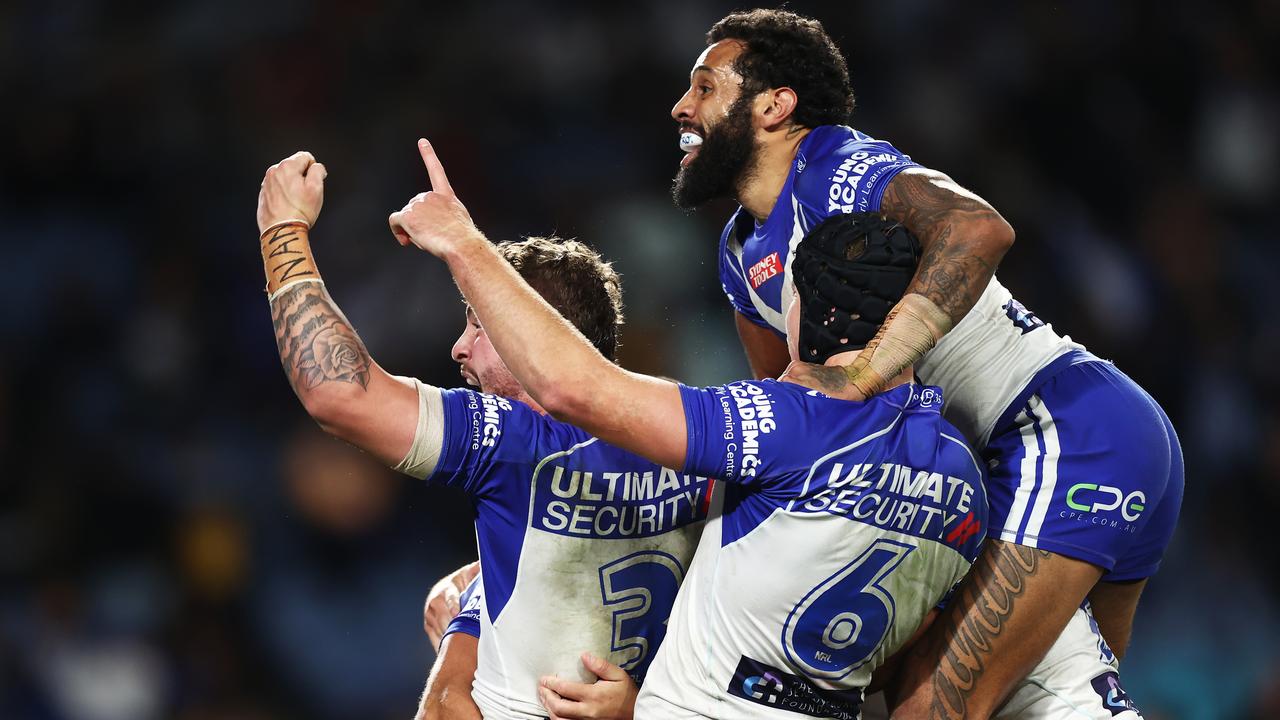 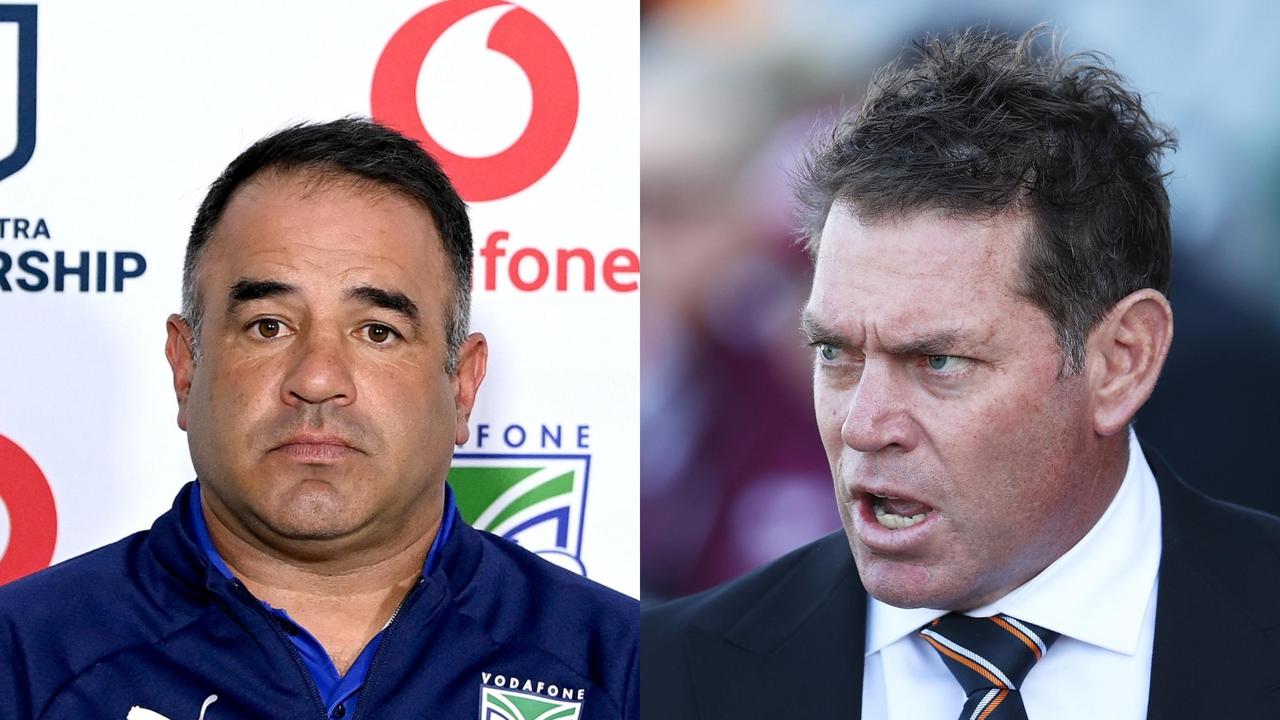